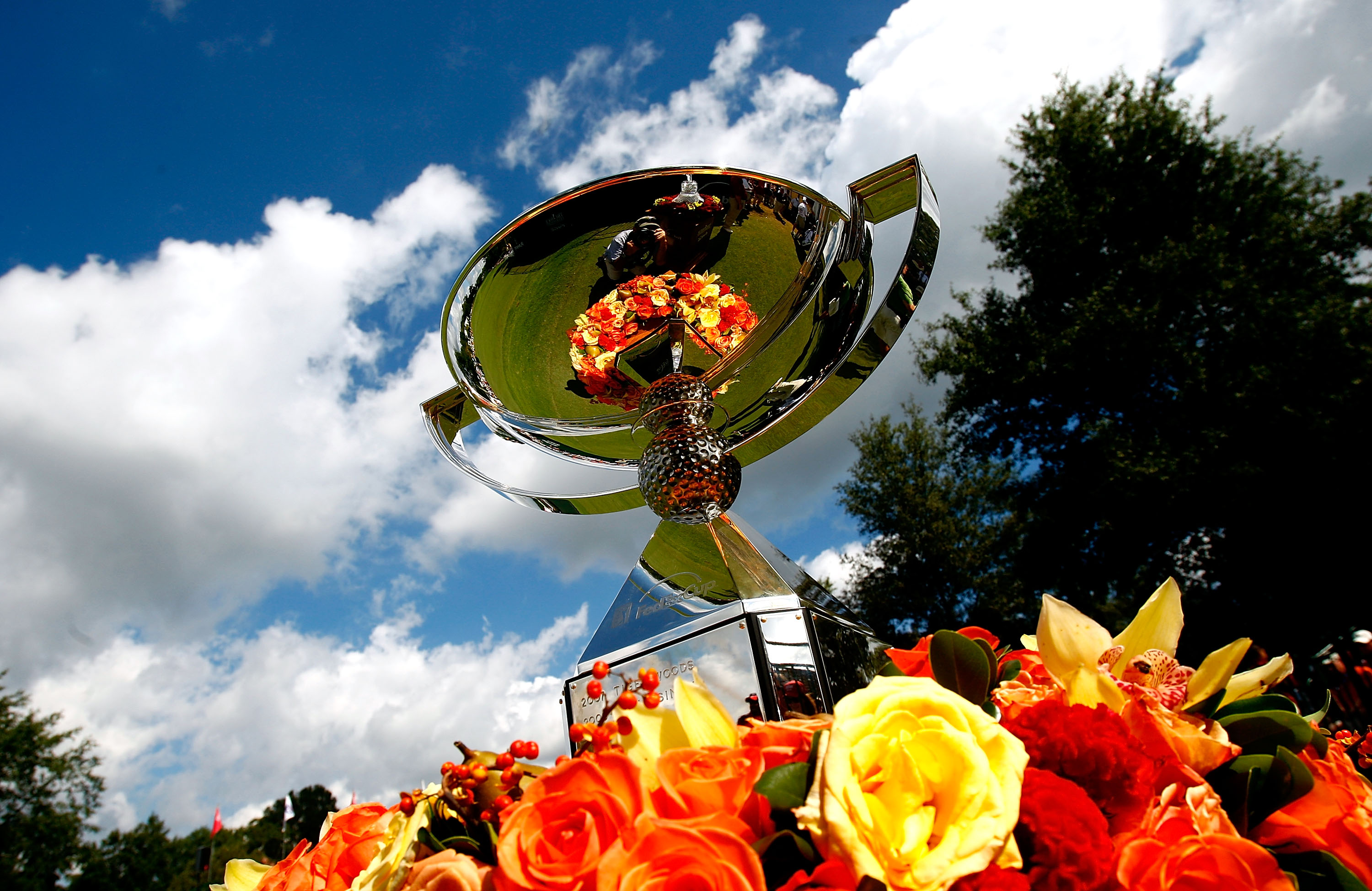 After a dramatic conclusion to The Barclays, where Matt Kuchar captured his first win of the year in a sudden death playoff with Martin Laird, the FedEx Cup Playoffs head north to TPC Boston for the Deutsche Bank Championship.

There's a lot at stake this week in Boston:

Here are the top 10 players to watch this week at TPC Boston. 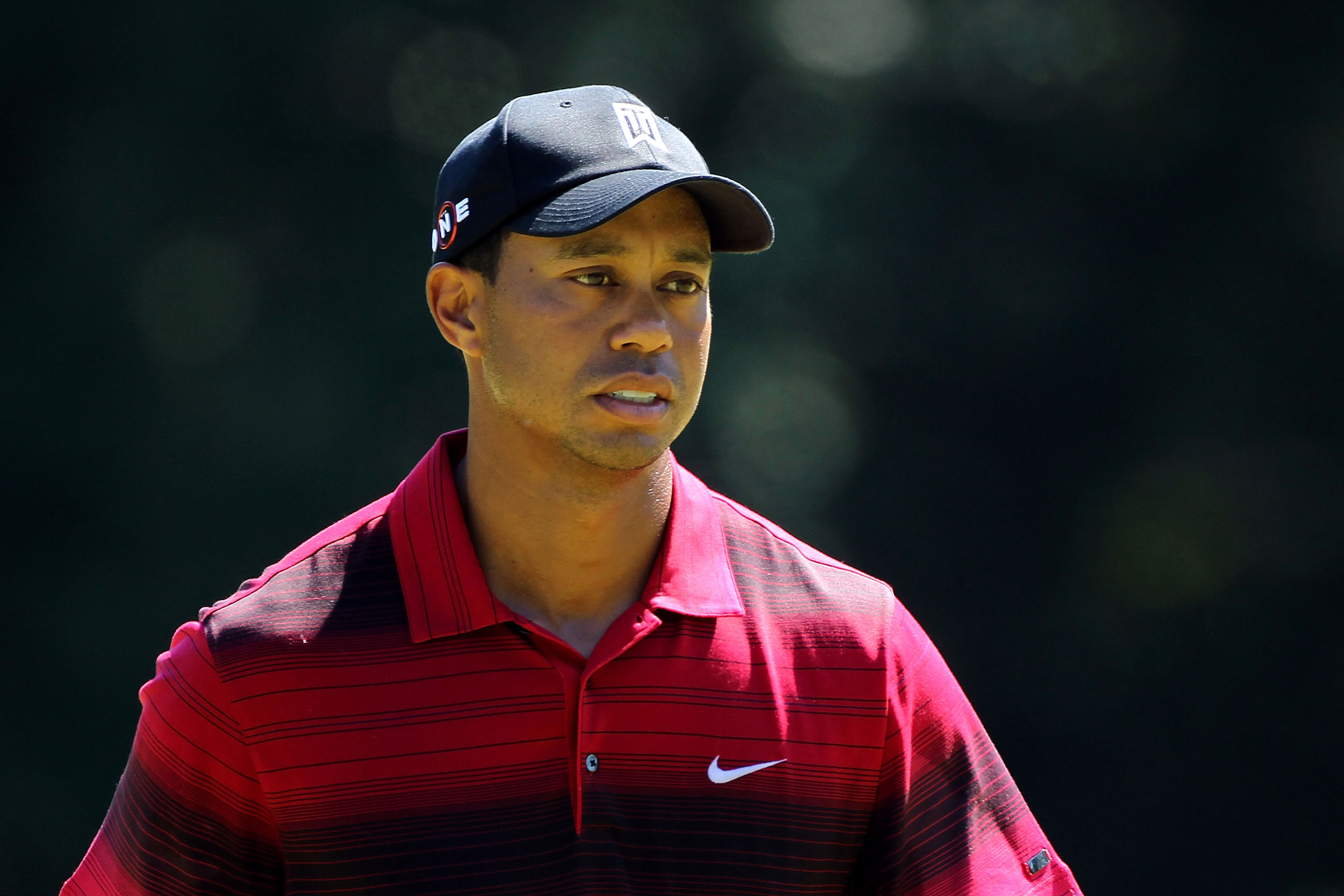 Tiger Woods has not yet regained the dominant form that won him 14 major championships in 11 years, but he’s getting there.

Woods opened with a 65 last week at The Barclays and closed with a 67, although he struggled through is second and third rounds with scores of 73-72.

Aside from a few lose swings here and there, most notably the three wood he duck-hooked out of bounds on his opening tee shot of the third round, Woods is beginning to look more and more like that guy who won the 2008 U.S. Open on a broken leg than the guy that finished second to last at the 2010 WGC-Bridgestone Invitational.

Most importantly, Woods is beginning to sink some putts.

Although not exceptional, Woods was at least solid on the greens for most of the week at The Barclays. 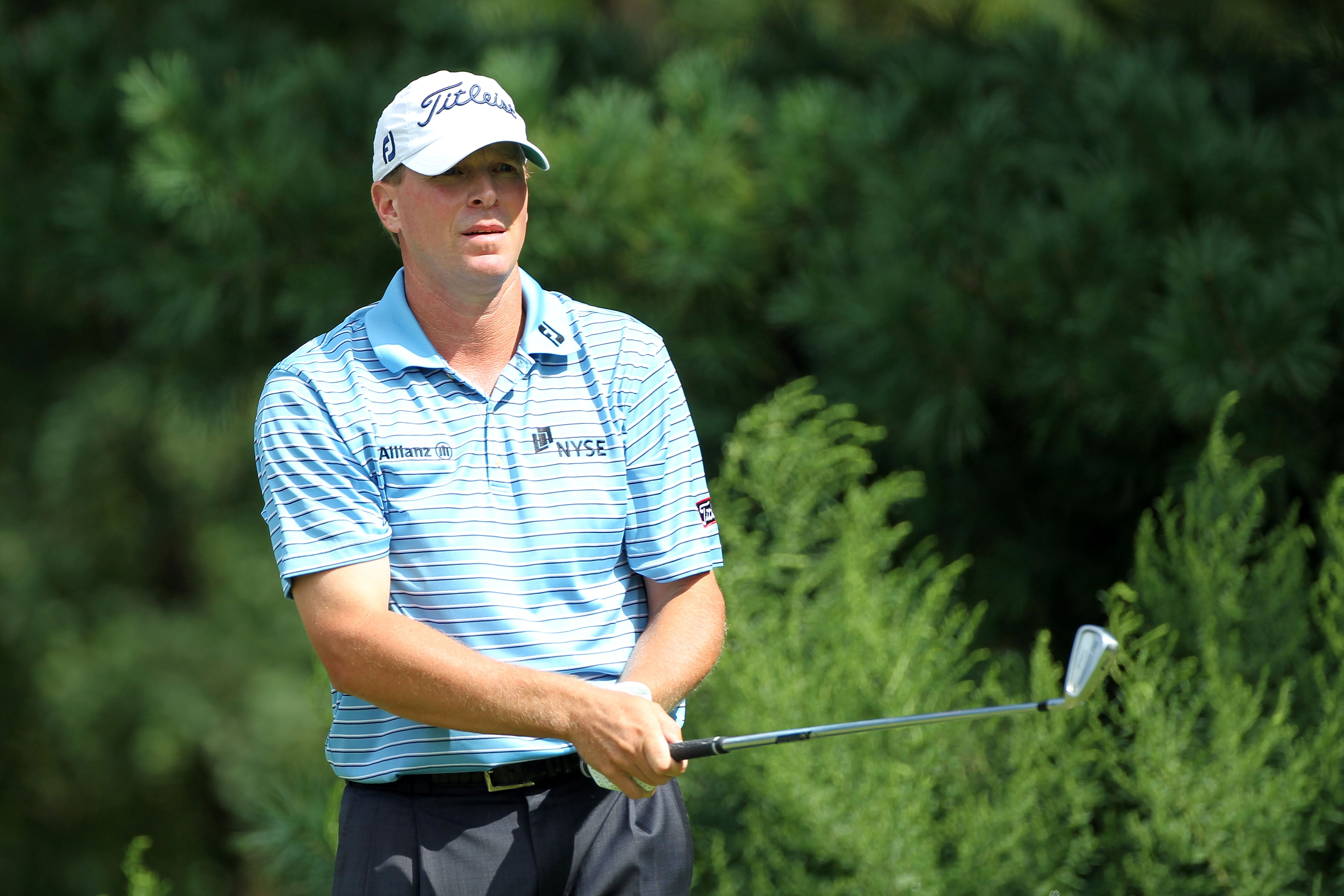 Steve Stricker closed with a 67 at last year’s Deutsche Bank Championship and held off Jason Dufner and Scott Verplank to win by a stroke.

Entering tournaments as the defending champion is becoming quite a common occurrence for the 43-year-old Wisconsin native.  Stricker has won five tournaments in the last two years.

He has also won two FedEx Cup playoff events over the past three years, which is second only to Tiger Woods.

Stricker tied for third last week at The Barclays and he looks poised to win his third playoff event in three years this week in Boston. 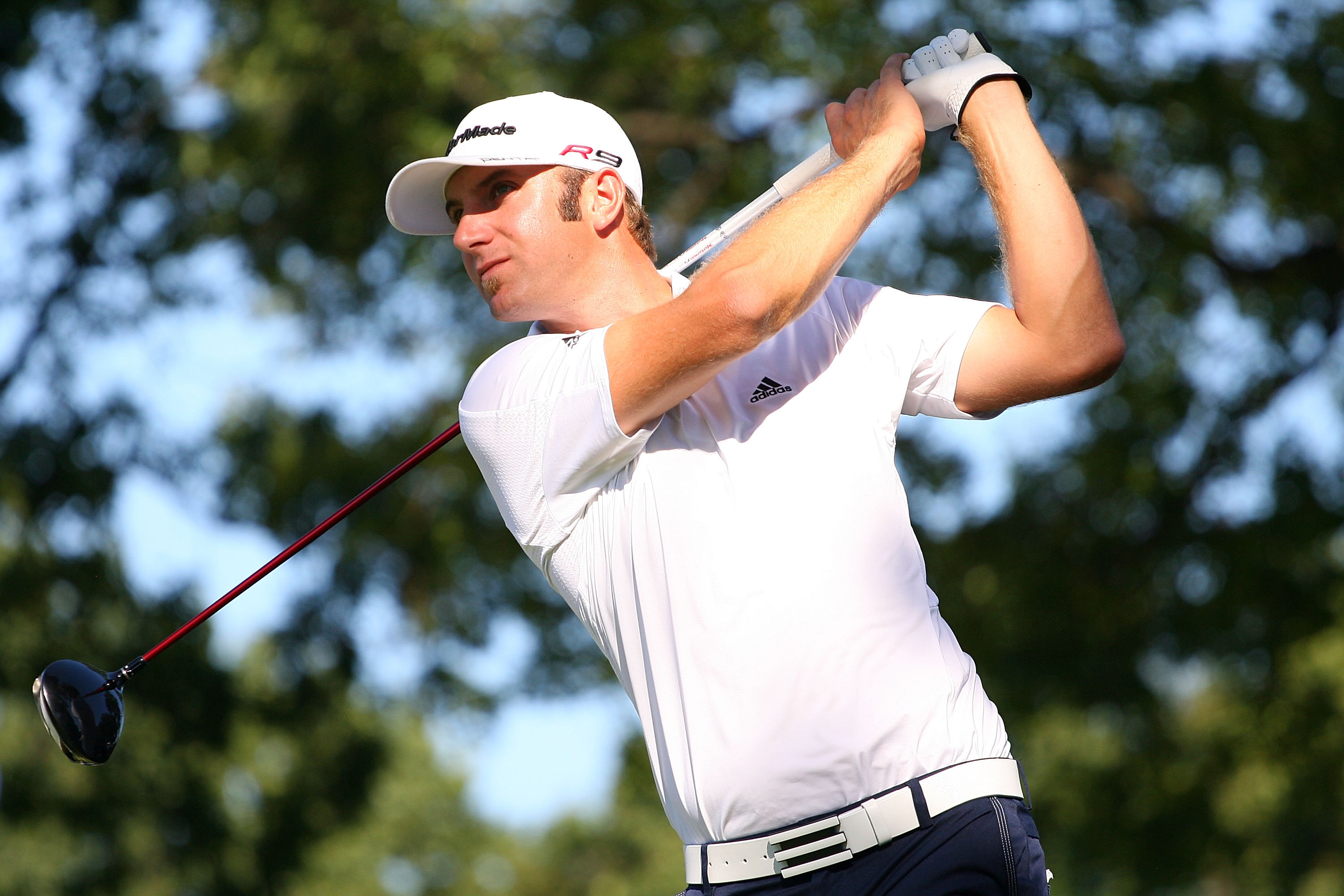 Although Dustin Johnson is best known for his U.S. Open meltdown and sand trap debacle at Whistling straights, he is quietly becoming one of the most consistent players in the world.

Johnson tied for ninth last week at The Barclays and has three top-10 finishes in his last six starts on Tour.

Johnson led the field in driving distance and greens in regulation last week at Ridgewood Country Club. If he can get his putter going this week he is not only a legitimate candidate to win the Deutsche Bank Championship, but he will have an excellent chance to win the FedEx Cup.

Johnson is currently sixth in the point standings, and with five times the points available this week, a win would put Johnson well ahead of the pack in the race for the FedEx Cup. 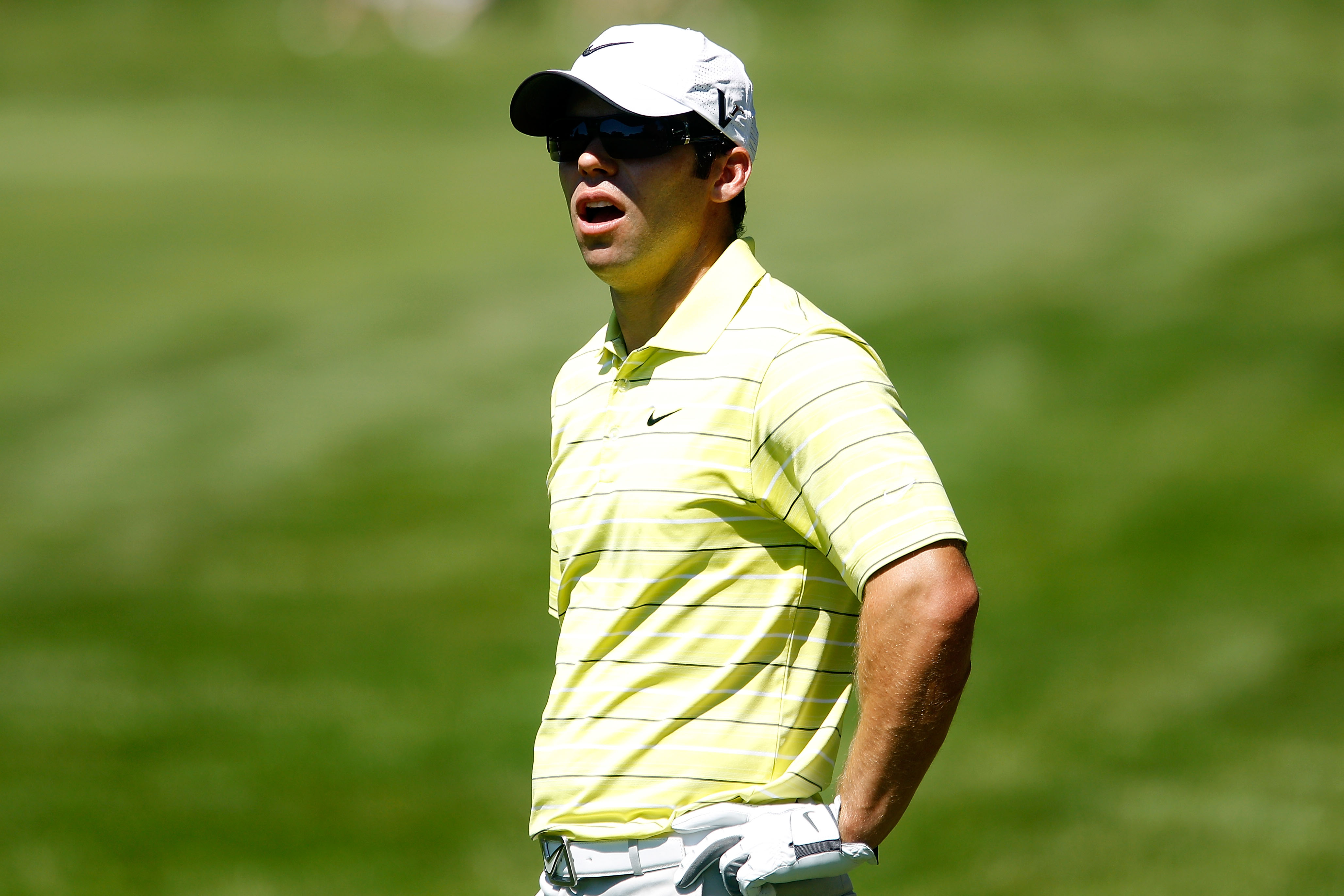 You can never overlook a guy who’s got something to prove.

Despite being ranked ninth in the World Golf Rankings and finishing third and 12th at the last two majors, Casey was not selected by Colin Montgomerie as a captain’s pick for the 2010 Ryder Cup matches.

Casey was visibly shaken after finishing his final round at The Barclays last Sunday and being told that he was indeed left off of the 2010 European Ryder Cup team.

With all of the money involved in professional golf these days, many believe that players don’t have the posses the same drive to win as they used to.

However, this week will not be about the money for Casey.

He’ll be looking to make a statement with a win at the Deutsche Bank Championship. 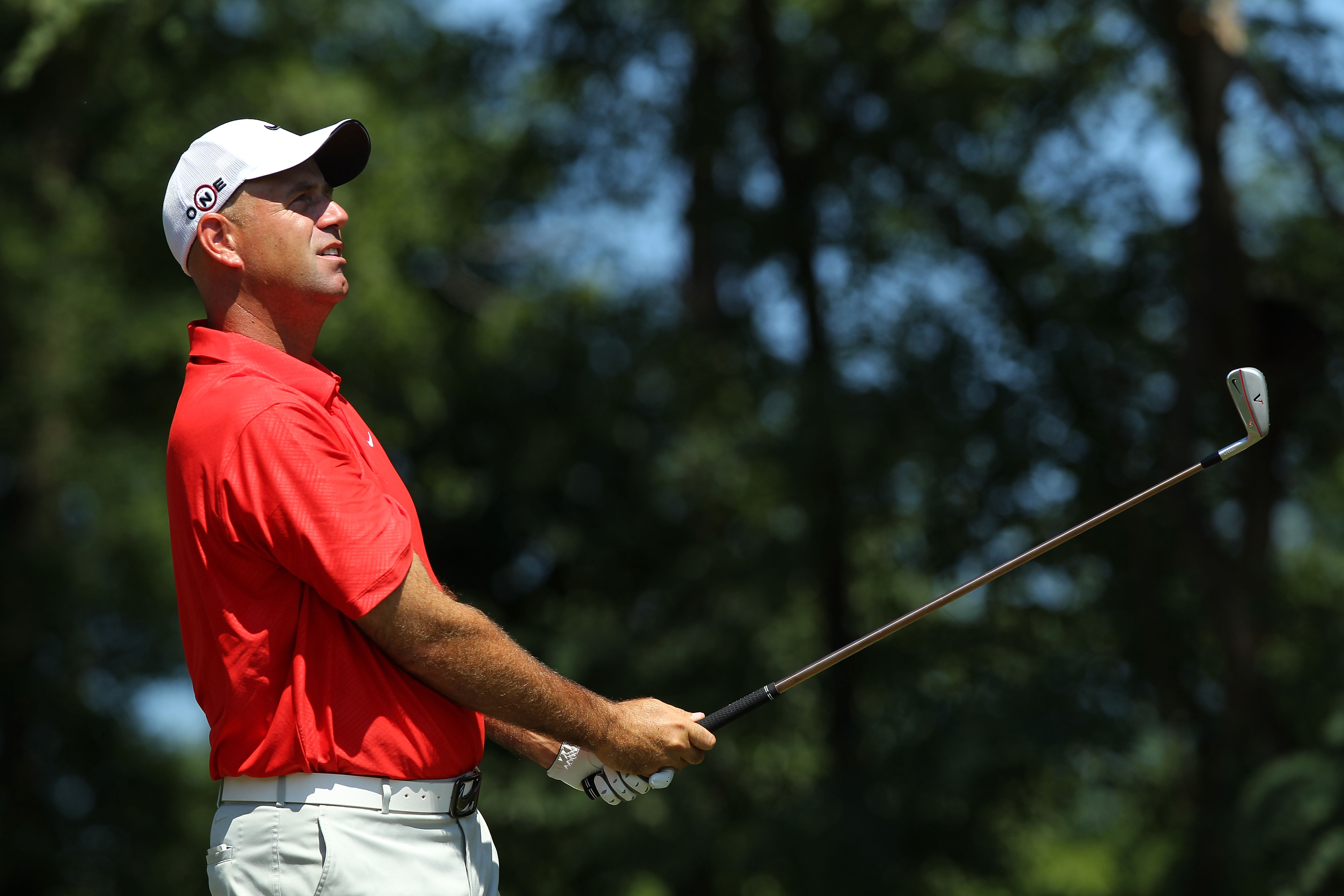 Although Cink has just three top-10 finishes since winning the 2009 Open Championship, he has some extra motivation to perform well at this week's Deutsche Bank Championship.

Cink has just one week left to that he deserve to be a member of the 2010 U.S. Ryder Cup team.

Cink finished outside of the top-eight that automatically qualified for the team based on points.  So, he will need captain’s pick from Corey Pavin in order to take part in his fifth Ryder Cup.

Although Cink has been MIA for more than a year, he has popped up on a few leaderboard over the past month.  Cink tied for 19th at the WGC-Bridgestone Invitational, tied for 18th at the PGA Championship and tied for 15th last week at The Barclays.

Cink will more than likely need another strong finish this week at the Deutsche Bank Championship in order to earn a spot on the 2010 U.S. Ryder Cup team. 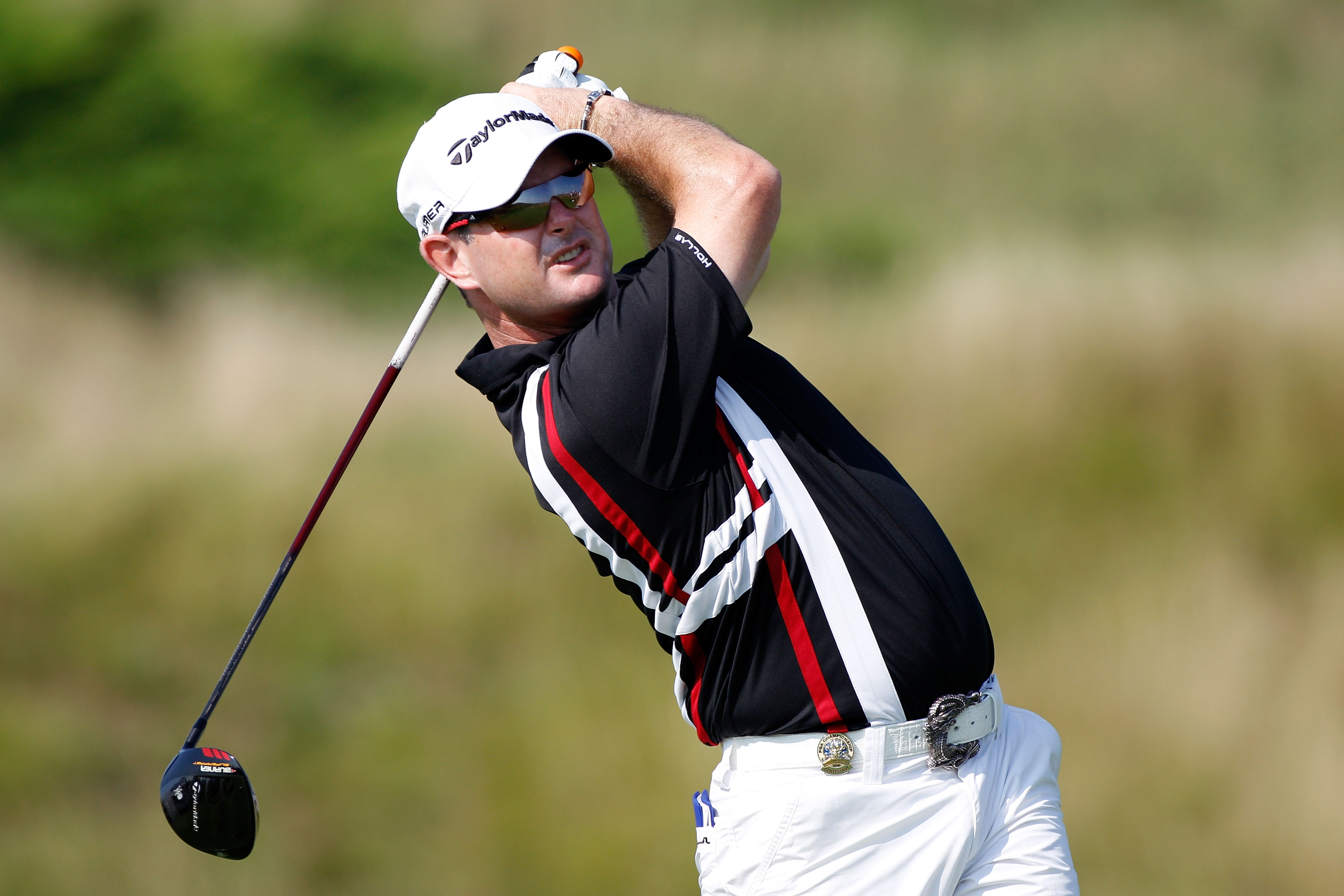 Rory Sabbatini has been quietly putting together a solid year…and “quietly” is not a word that normally appears in the same sentence as the name Rory Sabbatini.

The outspoken South African has amassed three top-10s and five top-25 finishes this season which has him ranked 33rd in the FedEx Cup point standings.

Sabbatini closed with a 64 on Sunday at The Barclays which boosted him 36 spots up the leaderboard and into a tie for 5th.

For most PGA Tour professionals, success tends to come in waves, and it’s looking as if Sabbatini may be on the brink of a hot streak. 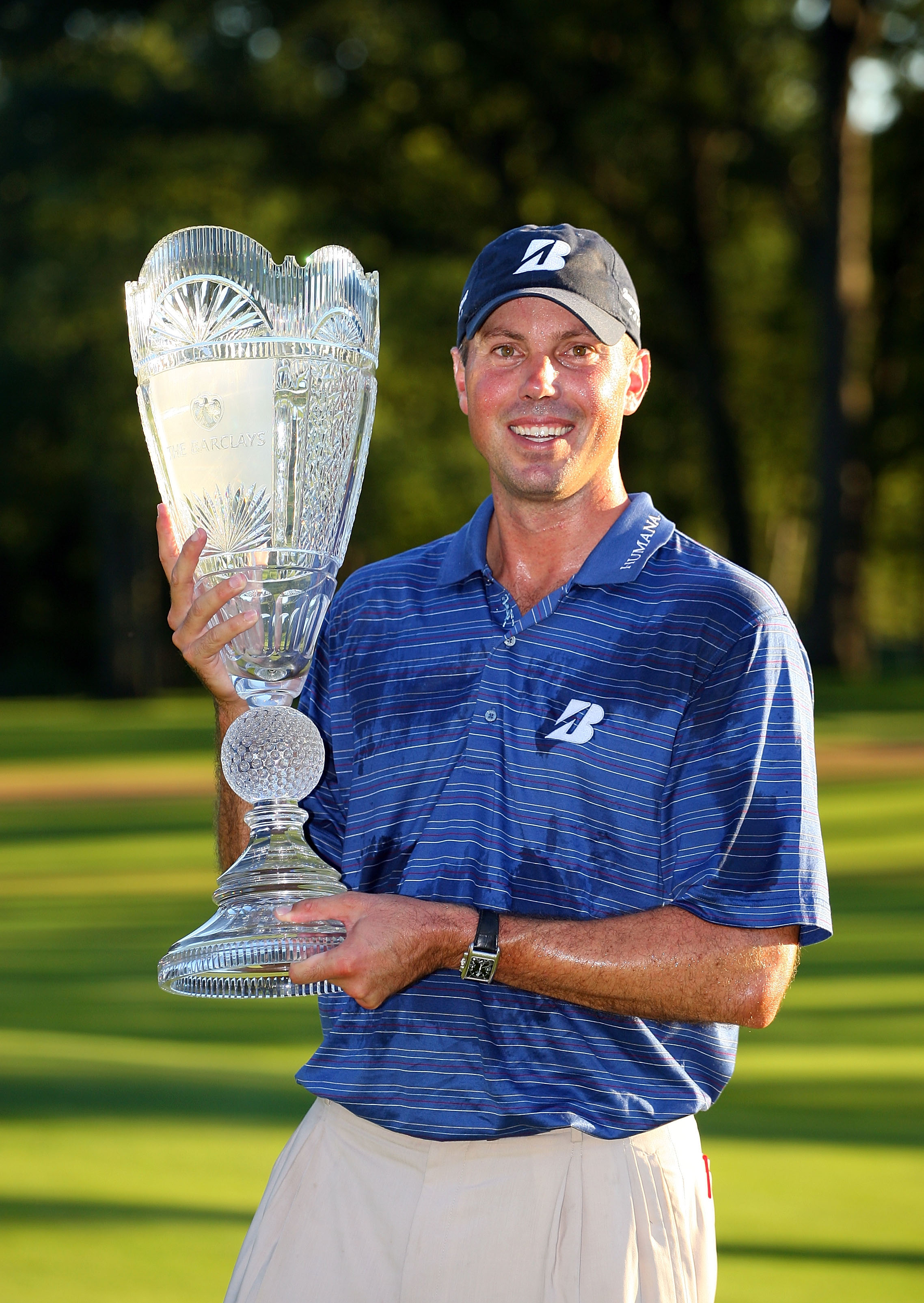 The law of averages is very much against Matt Kuchar winning again this week after his dramatic victory last week at The Barclays.

Kuchar has won three events in the past nine years.  So, back-to-back wins during the FedEx Cup playoffs is highly unlikely for the 32-year-old former U.S. Amateur champion.

However, recent history would suggest that there’s a very good chance Kuchar will tack on yet another top-10 finish this week in Norton, MA.

Kuchar has finished outside of the top 10 just twice since the Crowne Plaza Invitational in late May.

Although it’s unlikely that Kuchar will be the man holding the trophy on Sunday afternoon, another top-10 finish would go a long way towards Kuchar capping off a great season with a FedEx Cup title and $10 million payday. 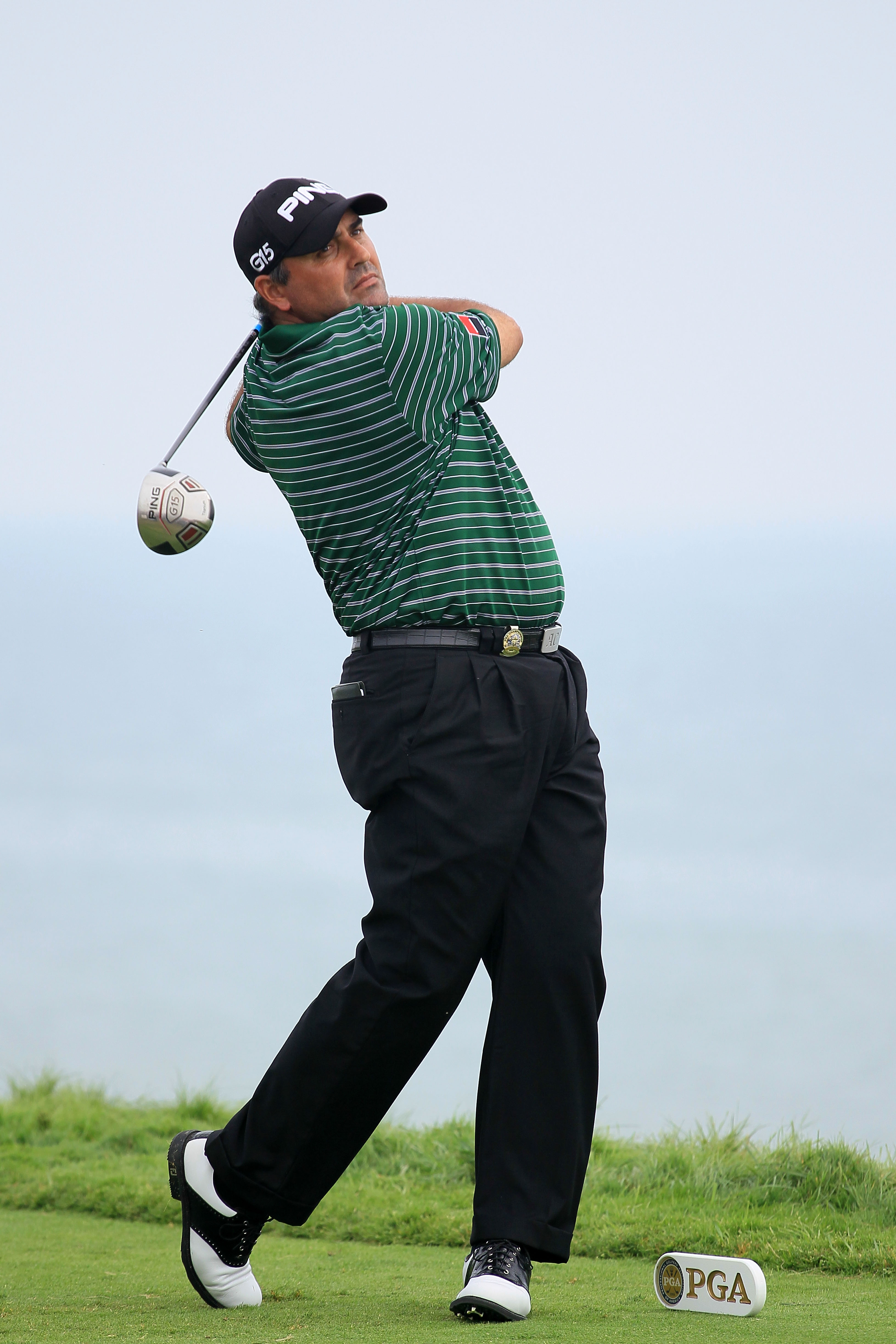 Angel Cabrera seems to show up every once in a while, win a big-time event and then go into hibernation for a year or two.

Cabrera’s last win came at the 2009 Masters, so he’s due to win a big-time event before disappearing until sometime in early 2012.

Cabrera tied for 15th last week at The Barclays and has finished within the top 25 in each of the last three Deutsche Bank Championships, including a tie for fourth last year.

El Pato, as he’s known (Translates to “The Duck”), could get that big win this week in TPC Boston…and then we’ll look for him again in June of 2012. 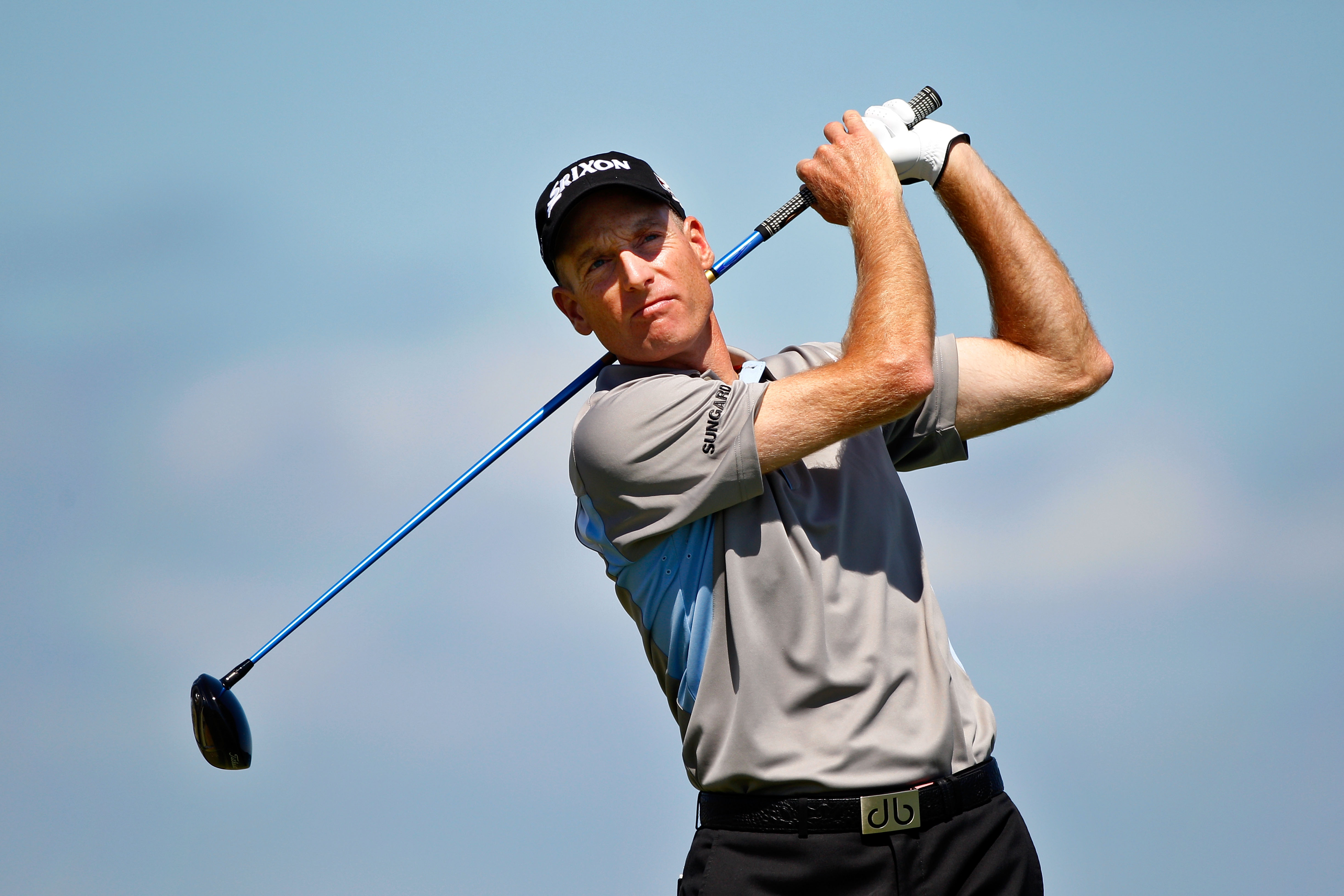 Jim Furyk has some ground to make up this week after rendering himself ineligible to compete in The Barclays as a result of sleeping through his 7:35 a.m. pro-am tee time last Wednesday due to an alarm clock malfunction.

Furyk’s alarm clock gaffe dropped him from third to eighth place in the FedEx Cup point standings, three spots outside the top-five that can automatically win the cup with a victory at the Tour Championship in late September.

Furyk has finished within the top 10 at TPC Boston each of the last two years.

Furyk is a gritty competitor, and you can be assured that he’s been itching to regain his place near the top of the FedEx Cup standings for the past week. 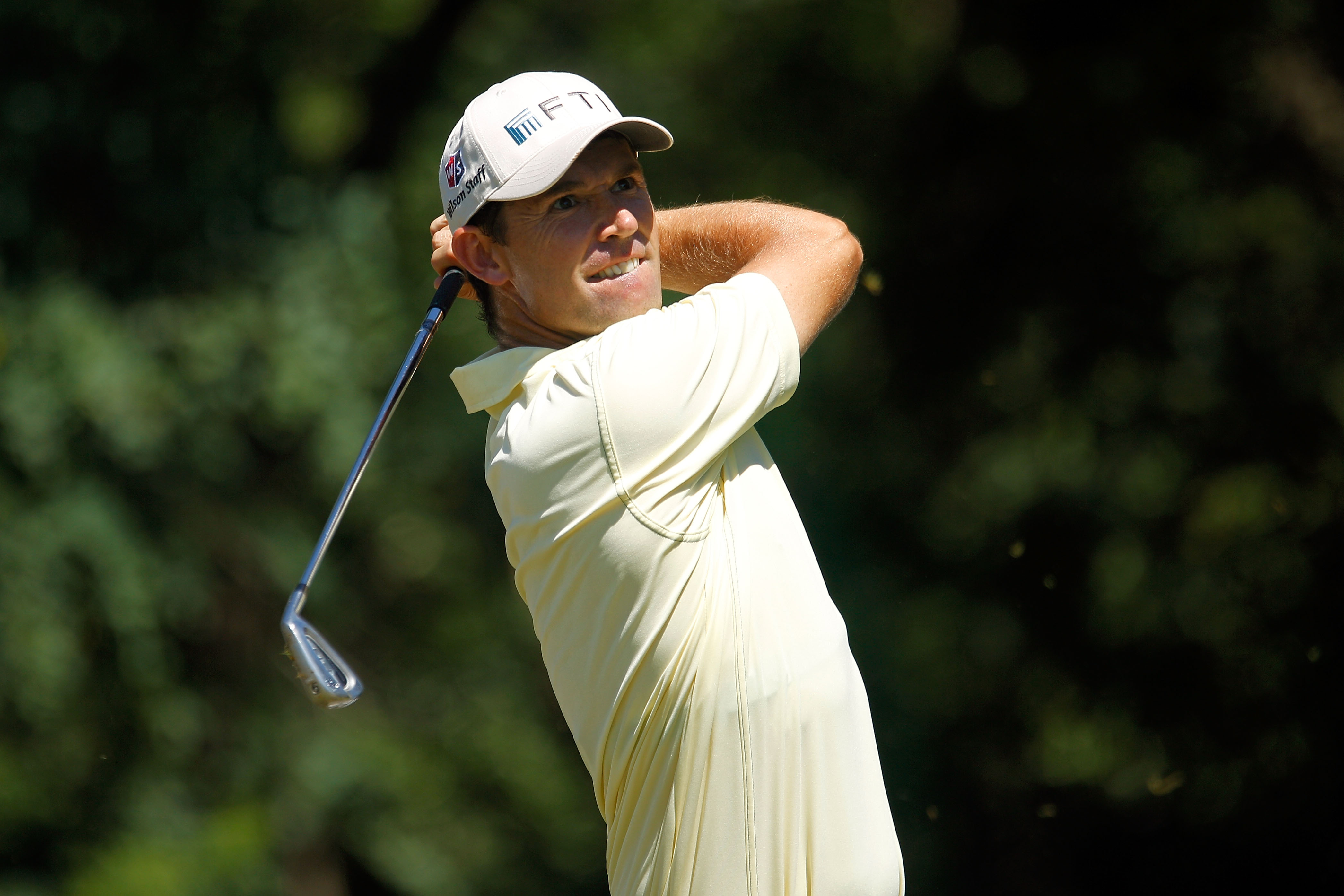 It’s hard to believe that Harrington’s last win came at the 2008 PGA Championship.

Harrington has not seriously contend for a title all year on the PGA Tour and is currently ranked 57th in the FedEx Cup point standings.

Harrington will need to really begin stepping on the gas if he wants to make it to East Lake for the Tour Championship, where only the top 30 in the point standings are eligible to compete.

With three major championships under his belt and enough money for his great, great grandchildren to live comfortably off, Harrington hasn’t had much to prove as of late.

This week, however, Harrington’s got something to prove.

Keep an Eye On – Rickie Fowler 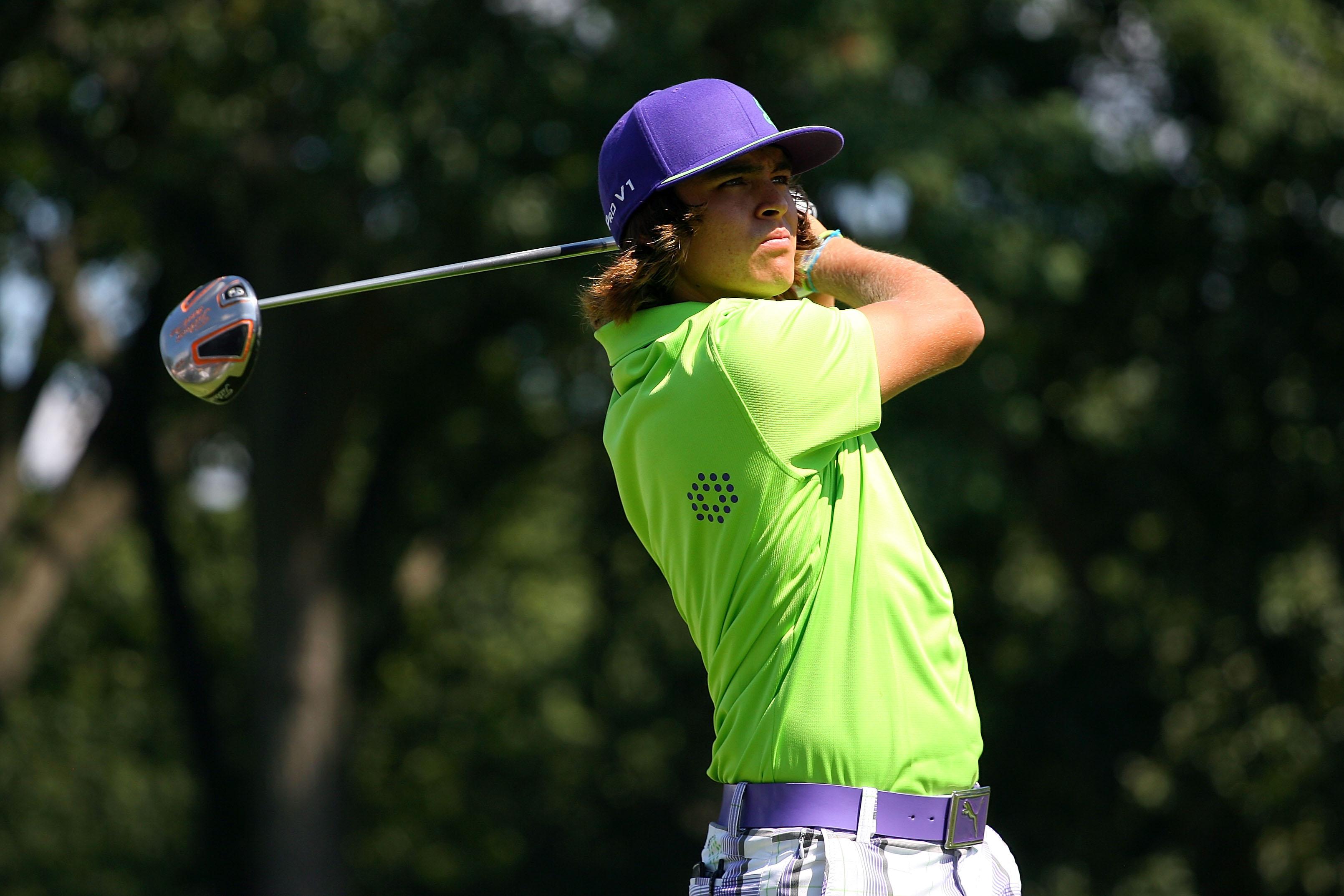 This week will be Rickie Fowler’s last chance to prove to Corey Pavin that he deserves a spot on the 2010 U.S. Ryder Cup team.

Fowler finished 20th in the Ryder Cup point standings, well outside of the top eight that automatically qualified based on points.

However, this is Fowler’s first year on tour so he didn’t have an opportunity to earn some of the points that others were able to accumulate last year.

Fowler tied for 36th last week at The Barclays and is currently 22nd in the FedEx Cup point standings.

If Corey Pavin were to make his captain’s selections today, Fowler would probably not be selected for the team.

However, a strong performance this week may just earn Fowler a spot on the 2010 U.S. Ryder Cup team.

It’s a case of all or nothing for Fowler this week at TPC Boston.