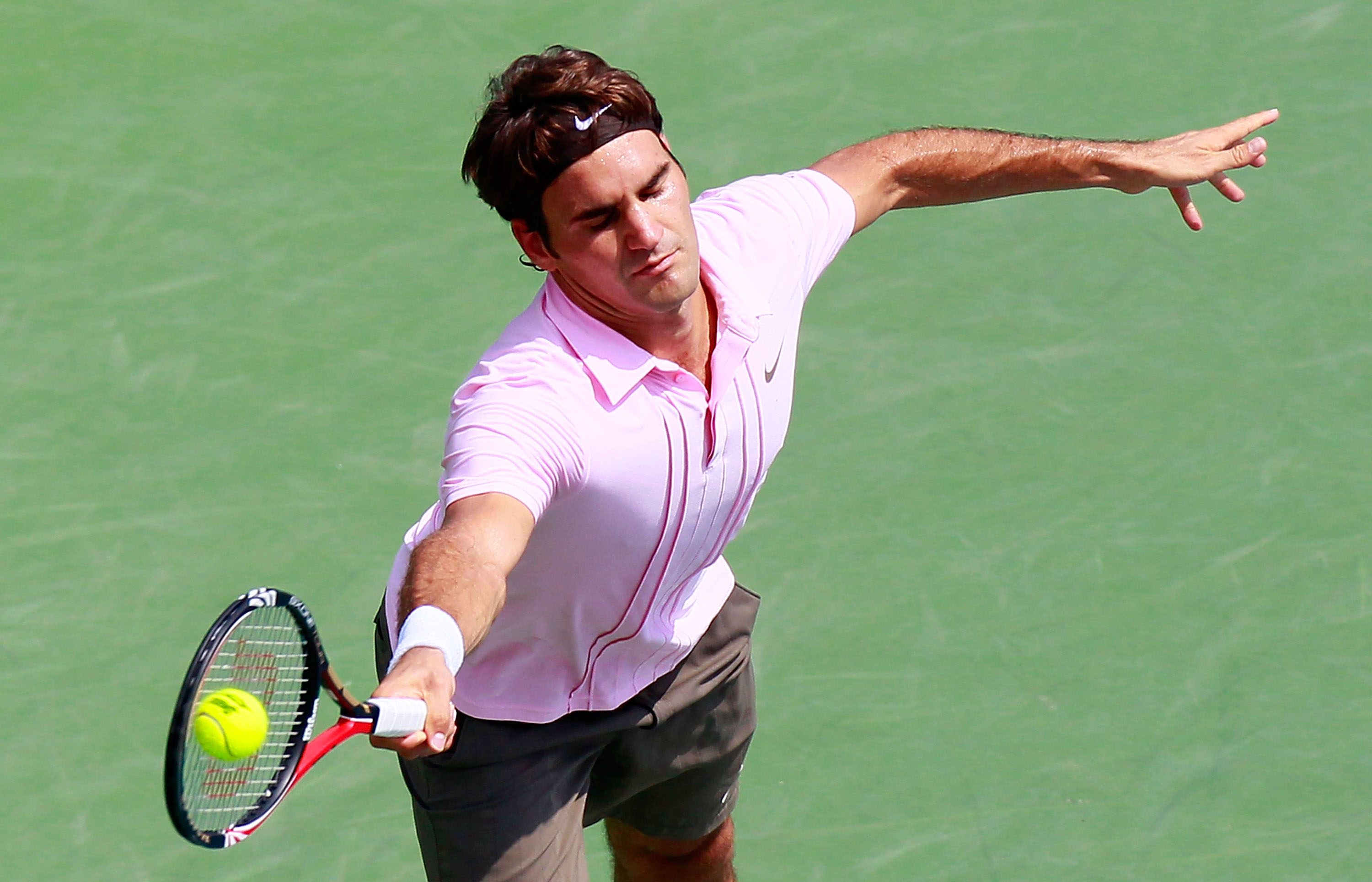 Federer may have won in Cincinnati last week, but the one he needs to worry about is coming.Kevin C. Cox/Getty Images

For most of the 21st century Roger Federer has been unstoppable, unbeatable, and unparallelled. Federer was ranked No. 1 in the world for most of the millennium (285 weeks), and has won every title he could possibly want to win.

But, those days seem to be long gone now. Federer was ranked as low as third this season, his worst rank since 2003. He seems to be struggling in big tournaments, losing in the quarterfinals of Wimbledon and the French Open. There are rumblings that things could be drawing to a close for him soon.

But Federer did win convincingly in Cincinnati last week, defeating Mardy Fish in the final. And he comes into the U.S. Open seeded second.

But a win would help to ease what has been an inconsistent year, and it can be argued that he needs this victory for his legacy.

Here are 10 of the reasons why Roger Federer needs a U.S. Open title this year. 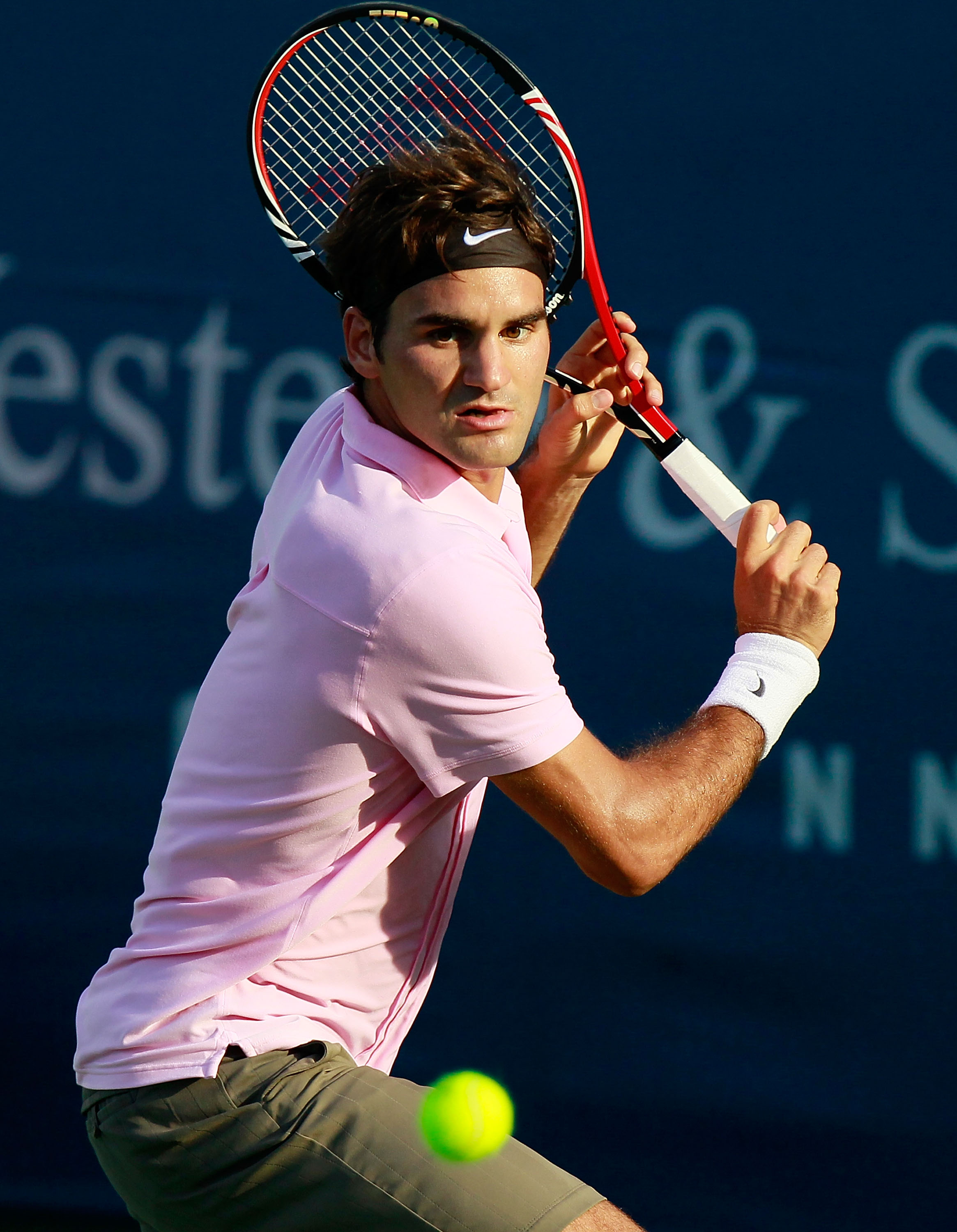 Fed is not as old as you would expect.Kevin C. Cox/Getty Images

Federer heads into the U.S. Open with one of the easier slates he's had since breaking into tennis. Roddick's been sick with mononucleosis, Juan Martin Del Potro (last year's champ) is hurt, Nadal isn't as good on hard courts as he is on clay, and Andy Murray is still inconsistent.

If Fed can't get the title this year, it's not clear when he'll have a better chance. Nadal's been improving on hard courts, Roddick and Del Potro will be healthy, and Murray will have another year's experience under his belt. He has to get it this year. 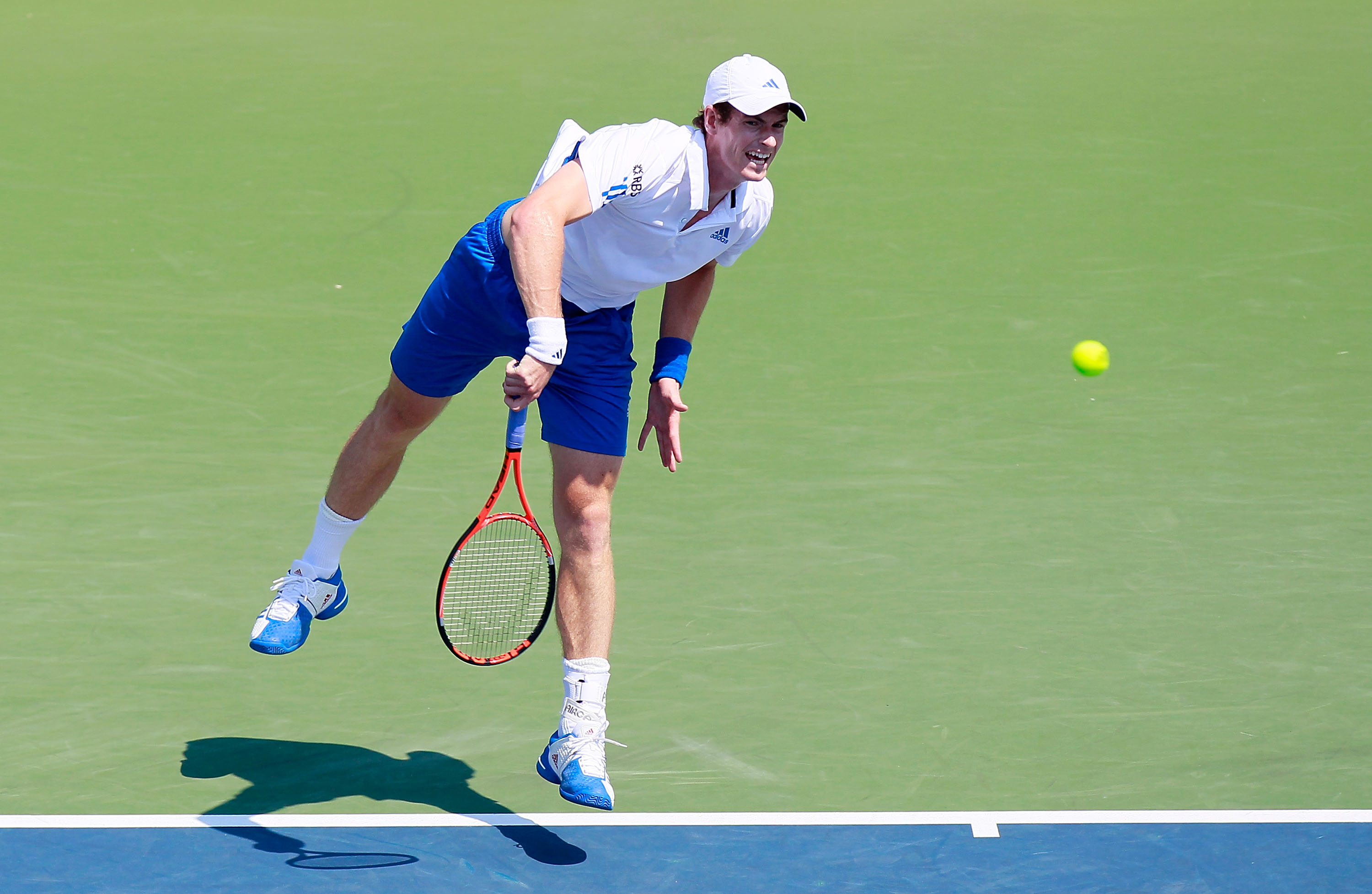 Andy Murray has been the next big thing in tennis for quite a while now. At 23, he looks to be closer than ever to making the leap to tennis superstar, and would probably be there were it not for Federer and Nadal.

The Scotsman also holds a winning record versus Federer, something not many players can say, and has beaten him several times in the past couple of seasons. Roger needs to prove he hasn't been passed by Murray quite yet, and another U.S. Open title would do just that. 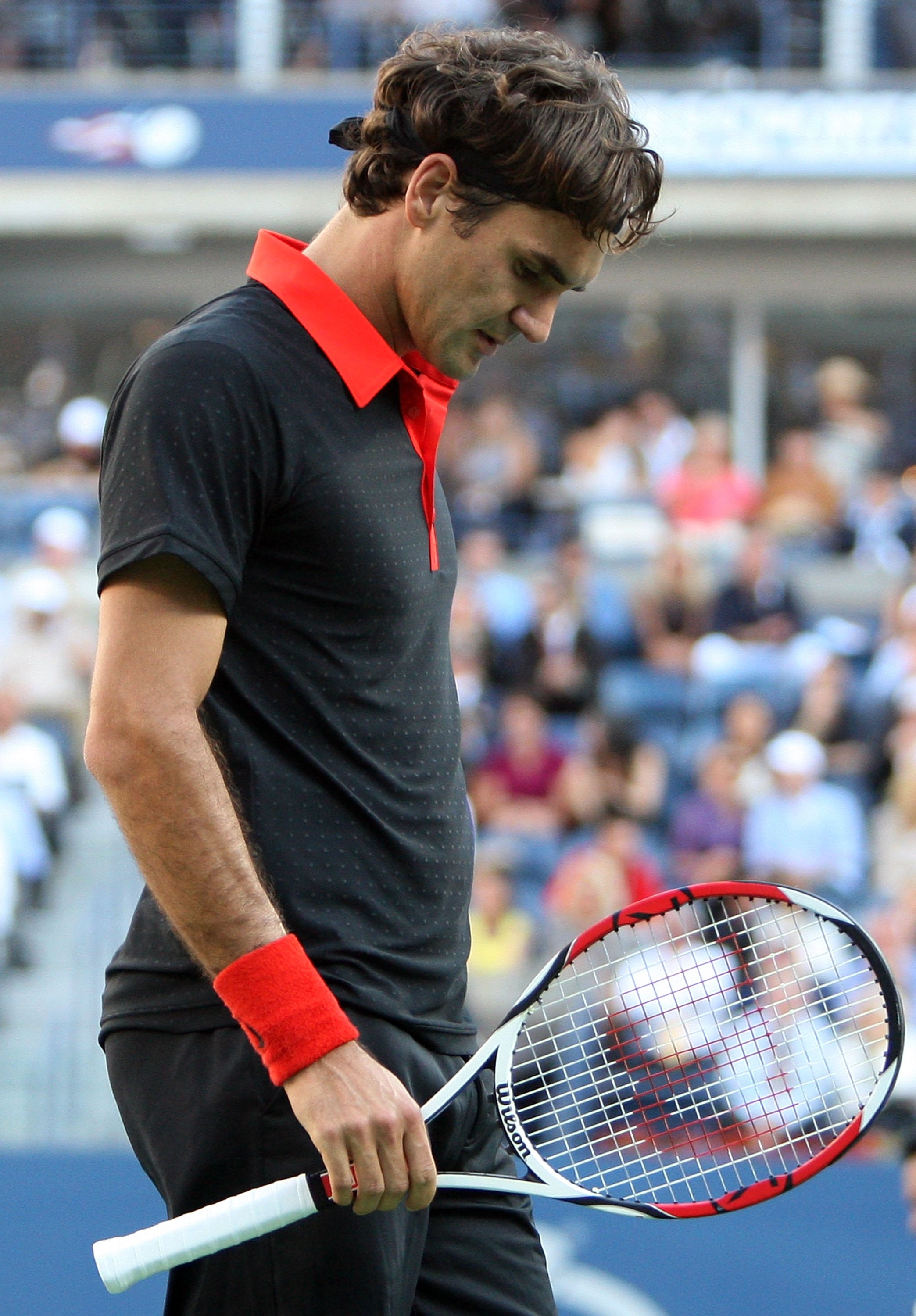 Federer entered last year's U.S. Open final against Juan Martin Del Potro of Argentina as the heavy favorite. He was riding a 40 match win streak at the Open that spanned 5 consecutive titles.

But a funny thing happened on the way to 6 straight: Federer lost. Del Potro took home the title, and prompted more questions about Roger's future in the sport.

A win this season wouldn't take all the sting away. But it sure would help. 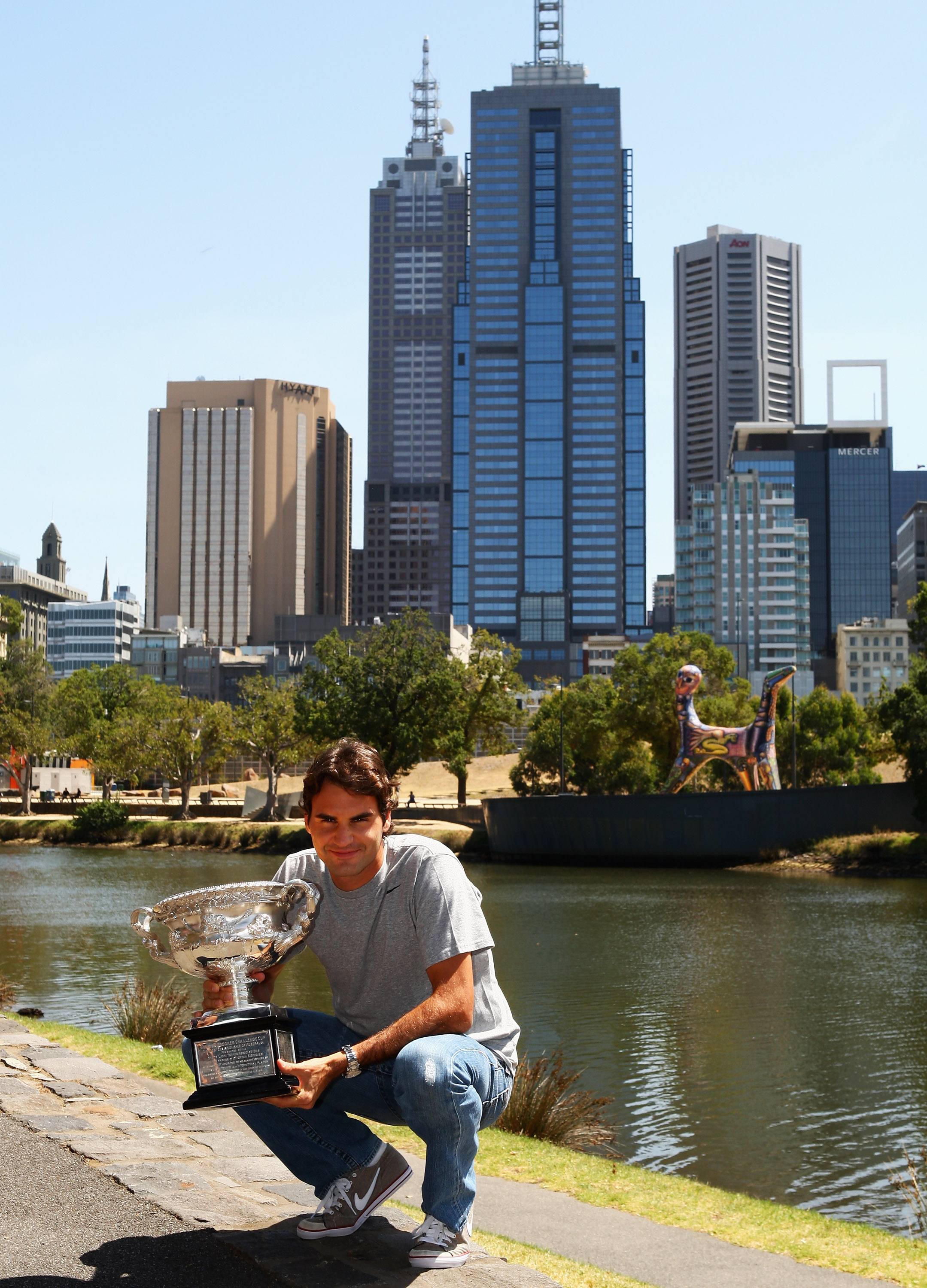 From 2003 through 2007, Roger Federer won 2 majors every year, and managed to do it again in 2009. This year, Fed only has 1 title, the Australian Open. If he wants to keep silencing his critics, he needs this title. It would show that perhaps 2008 was an aberration, rather than the start of a slide.

In short, Federer must win the U.S. Open to keep his new streak going. 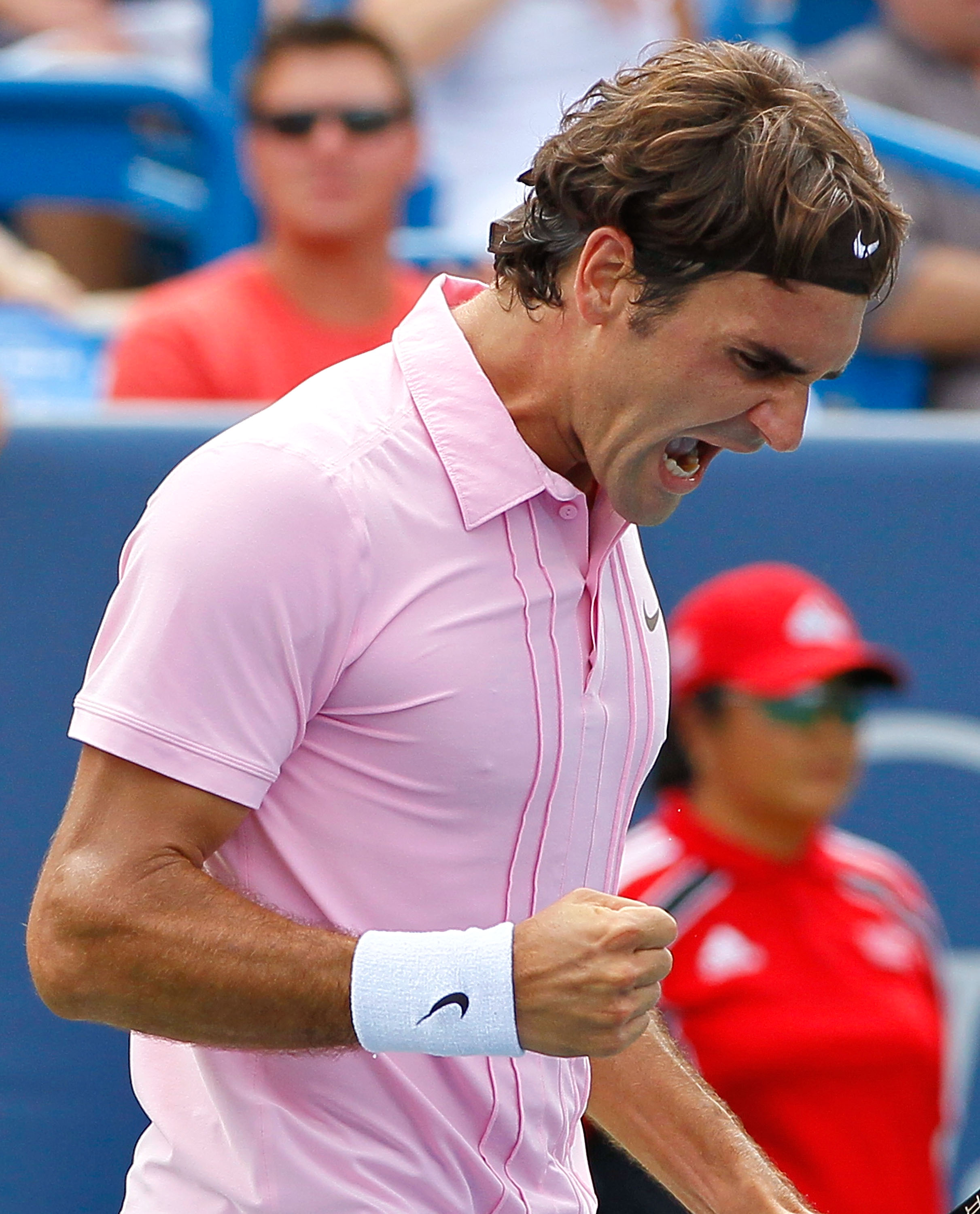 If he wants the media to care, he needs to win the U.S. Open.Kevin C. Cox/Getty Images

It is common knowledge that the media makes a man's legacy. They can paint him as saint, savior, devil, hero or villain.

From 2003-2008, Federer was untouchable. The media flocked wherever he went, and every move he made was news.

But, in recent months, the media horde has tapered off. Perhaps memories will blur, and they will forget that Roger is the greatest of all time.

But, a win at the U.S. Open, in New York City, media capital of the world? You just re-woke the giant. 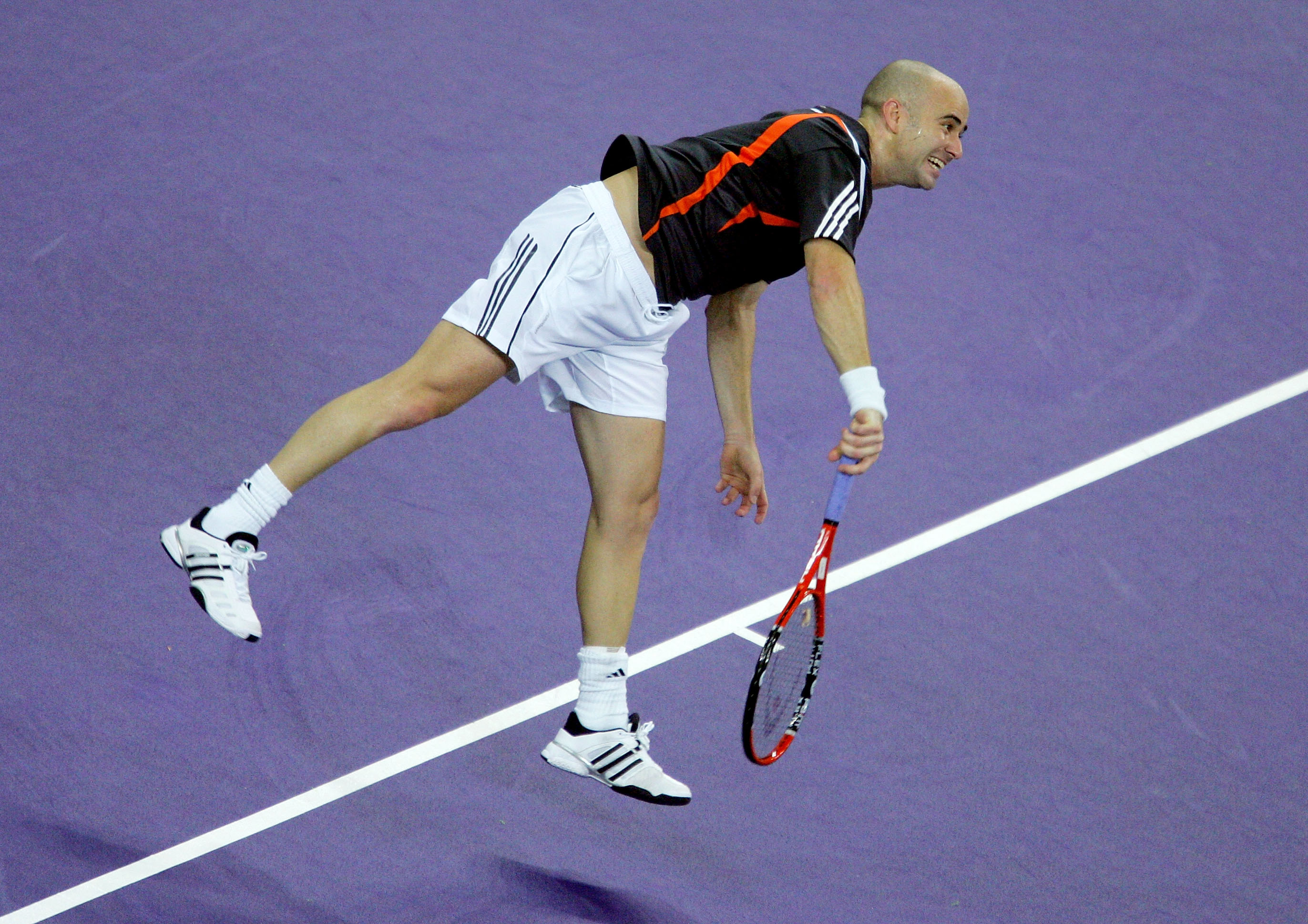 To be the best, you must be better than this man.Matthew Stockman/Getty Images

Andre Agassi is easily one of the top-10 men's tennis players of all time. His talent and resume mean he could even be called a top-2 player.

If Roger Federer wants to be in the discussion of the greatest tennis player of all time, he has to show that he's better than Agassi. Agassi won majors in 2001 and 2003, when he was 31 and 33 years old. He continued to win into his 30's. Federer has to match his total of post 30 majors (2) to even enter the discussion of the greatest tennis players ever. 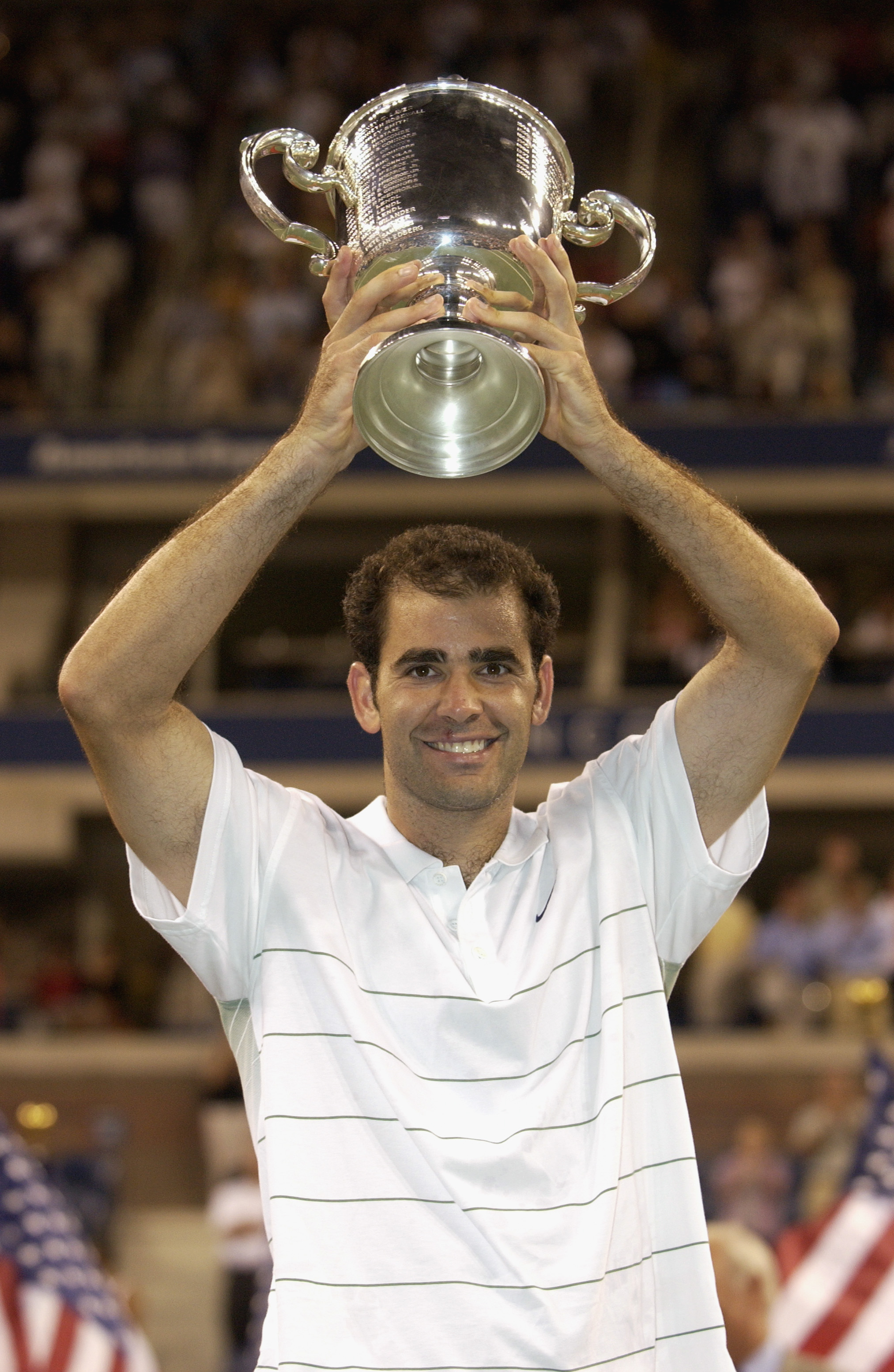 He also must be better than this man.Ezra Shaw/Getty Images

Widely regarded as the best tennis player ever, Sampras held the record for career grand slams (14) before it was surpassed by Fed. But Sampras has done something Federer has yet to accomplish. He won a grand slam after age 30 (the 2002 U.S. Open at age 31).

Federer is certainly one of the 5 best tennis players ever, but to truly be the best, he has to win a Grand Slam tournament in his 30's, preferably two or three. 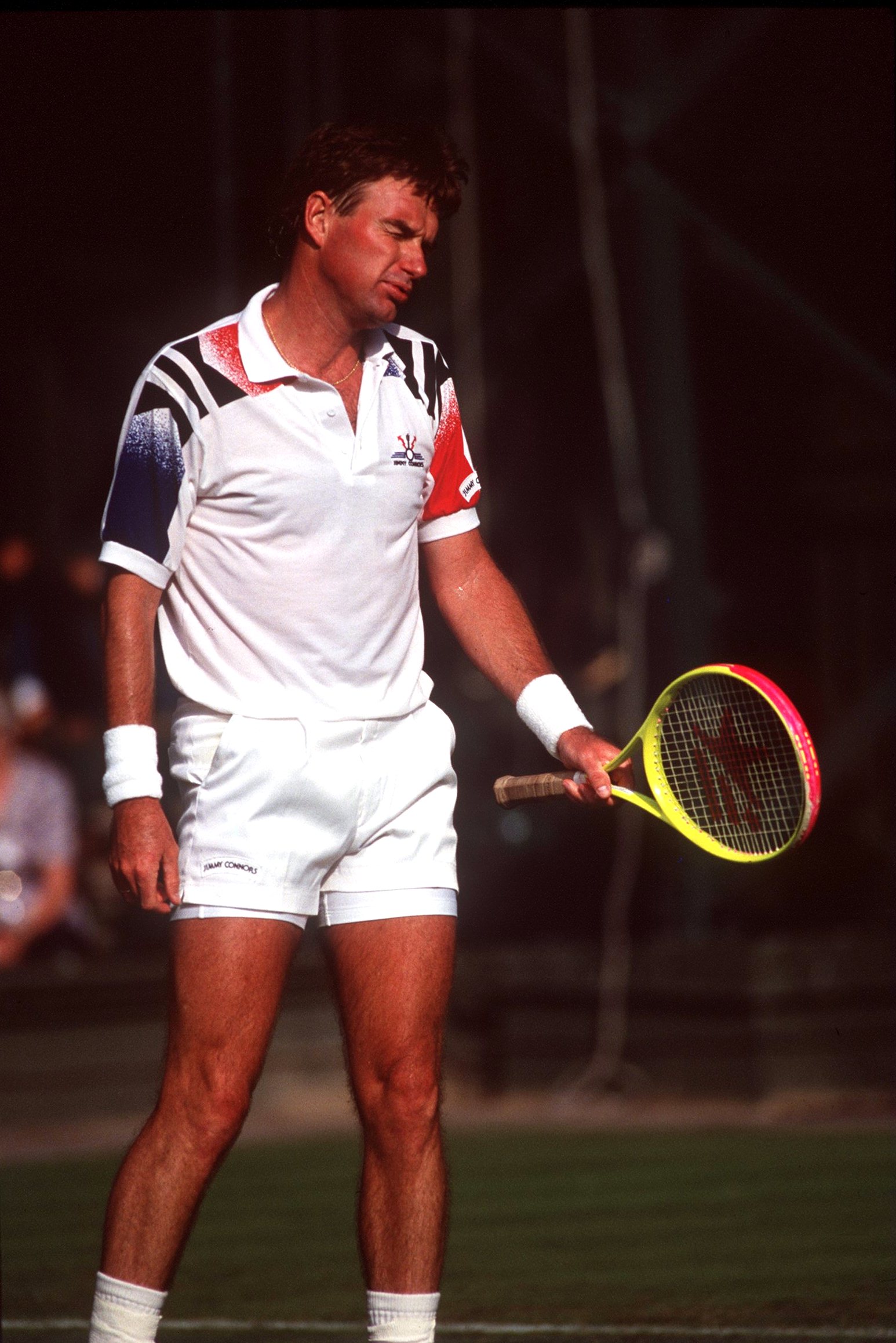 This man also stands between Federer and greatness.Bob Martin/Getty Images

Jimmy Connors flat out owned the U.S. Open. The one-time tennis prodigy never dominated the game the way Federer does now, but Connors was one of the best players of his era, a man who knew how to control the hard court. 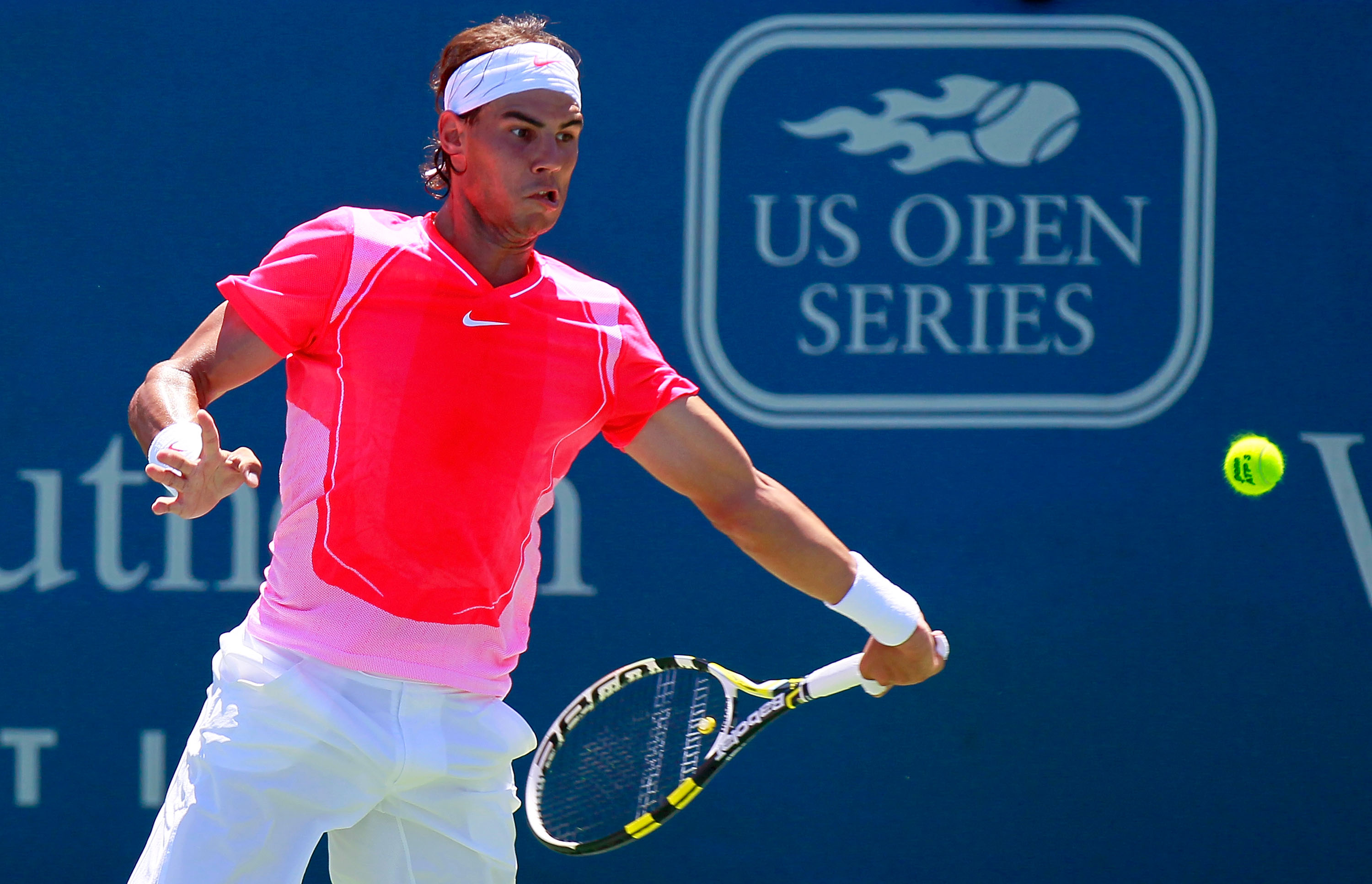 Do not be fooled by the pink. Rafael Nadal is a serious threat to Federer's legacy.Kevin C. Cox/Getty Images

Rafael Nadal is a fantastic tennis player. Many believe that he has surpassed Roger Federer and could eventually take his place as the greatest of all time. He's just 24, but he's owned Fed at the French Open, and beat him at Wimbledon in 2008, one of the places Roger was deemed almost unbeatable. He has 8 major titles already, and is sure to accrue many more before he retires.

If Roger wants to be the greatest, he has to keep his grand slam lead intact until he retires. The better his record against Rafa, the more likely people will see him as better than Rafa. The 2010 Open is another opportunity for Federer to show us if he really is better than Nadal.

1. To Prove He Is Not Washed Up 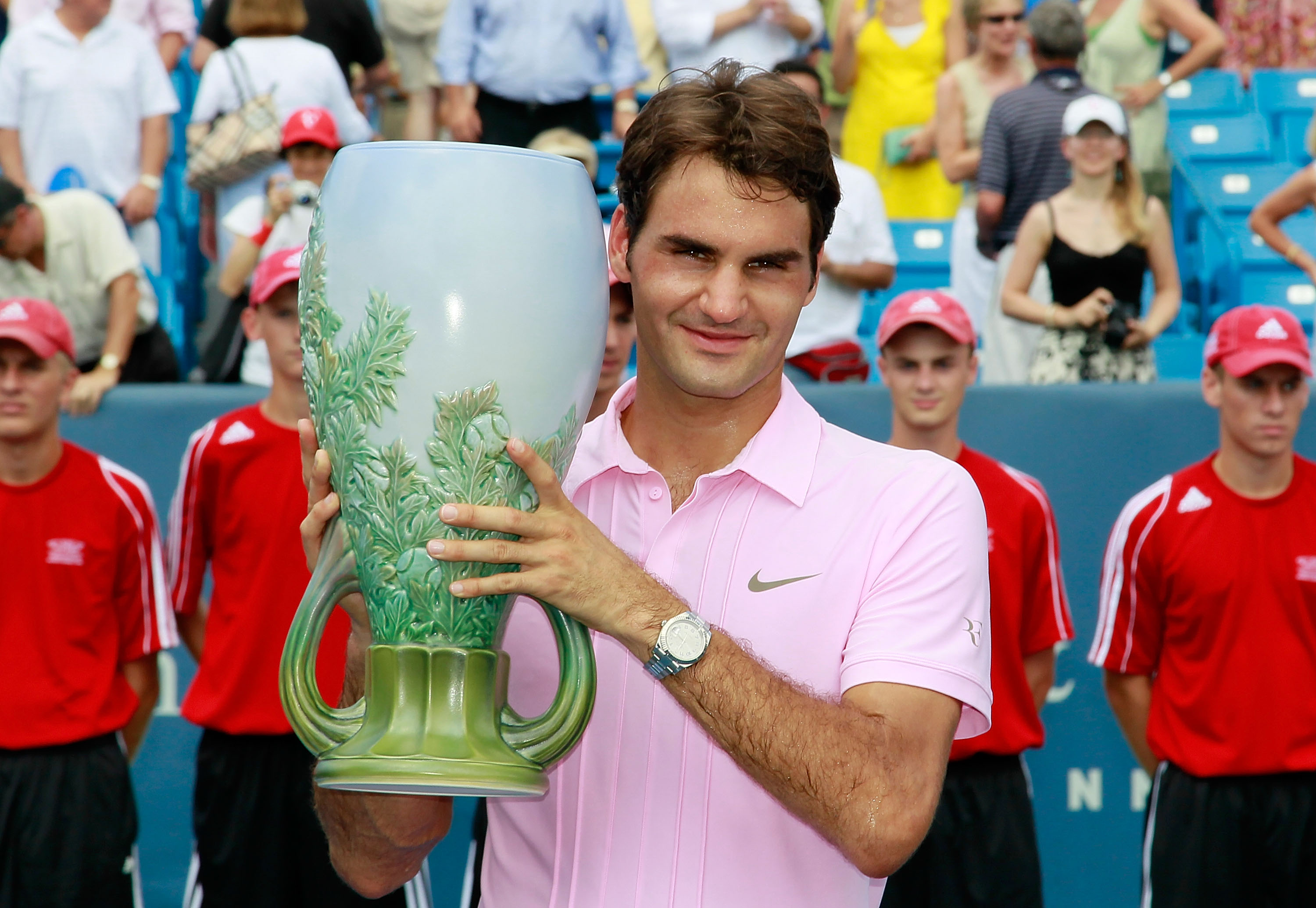 Federer holding yet another trophy for his case. Explain to me how he's washed up.Kevin C. Cox/Getty Images

"Federer's done. He can't dominate anymore. He'll be lucky to break 19 grand slam titles. Nadal is clearly better than he is."

Roger's only 29 years old. Players typically experience a run of success that lasts longer than Federer's did. He has his foil in the brash Spaniard Nadal; he just has to show that with Nadal at his best, Federer can beat him. Prove that 29-year old Roger is better than 24 year old Rafa.

A win at Flushing, where Nadal has yet to win, would do just that.

So show us, Roger. Win the U.S. Open. Prove the doubters wrong once and for all.