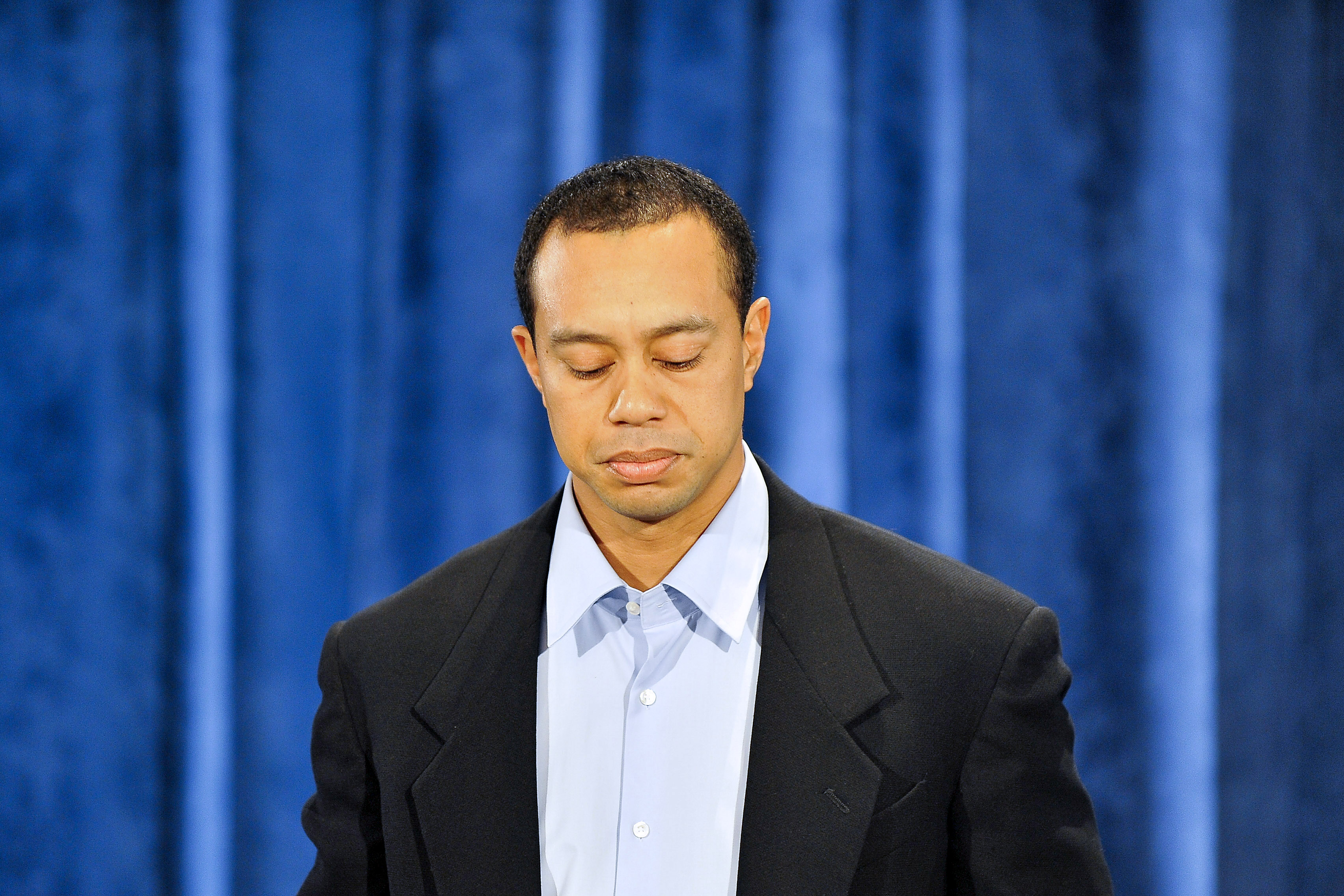 Tiger Woods and his divorce is bound to quickly become one of the most sensationalized stories of the year.

Reports initially leaked that Elin Nordegren was going to receive $750 million dollars in the divorce settlement, but those rumors were quickly quelled when everyone realized they just didn't have access to the nitty gritty details.

Anyone who's been paying attention to sports knows about the Tiger Woods sex scandal, and the recent lack of golf game Tiger has been forced to play with.

There are debates about whether or not he will win enough Major Championships to surpass Jack Nicklaus. Some people don't even think he'll win another tournament.

But remember that Tiger is still human. Any divorce hurts, no matter the circumstances. The cool, calculating, robotic Tiger Woods has feelings just like anyone else, and he's going through arguably the toughest time of his life right now.

So in the wake of all this, does golf really matter right now? 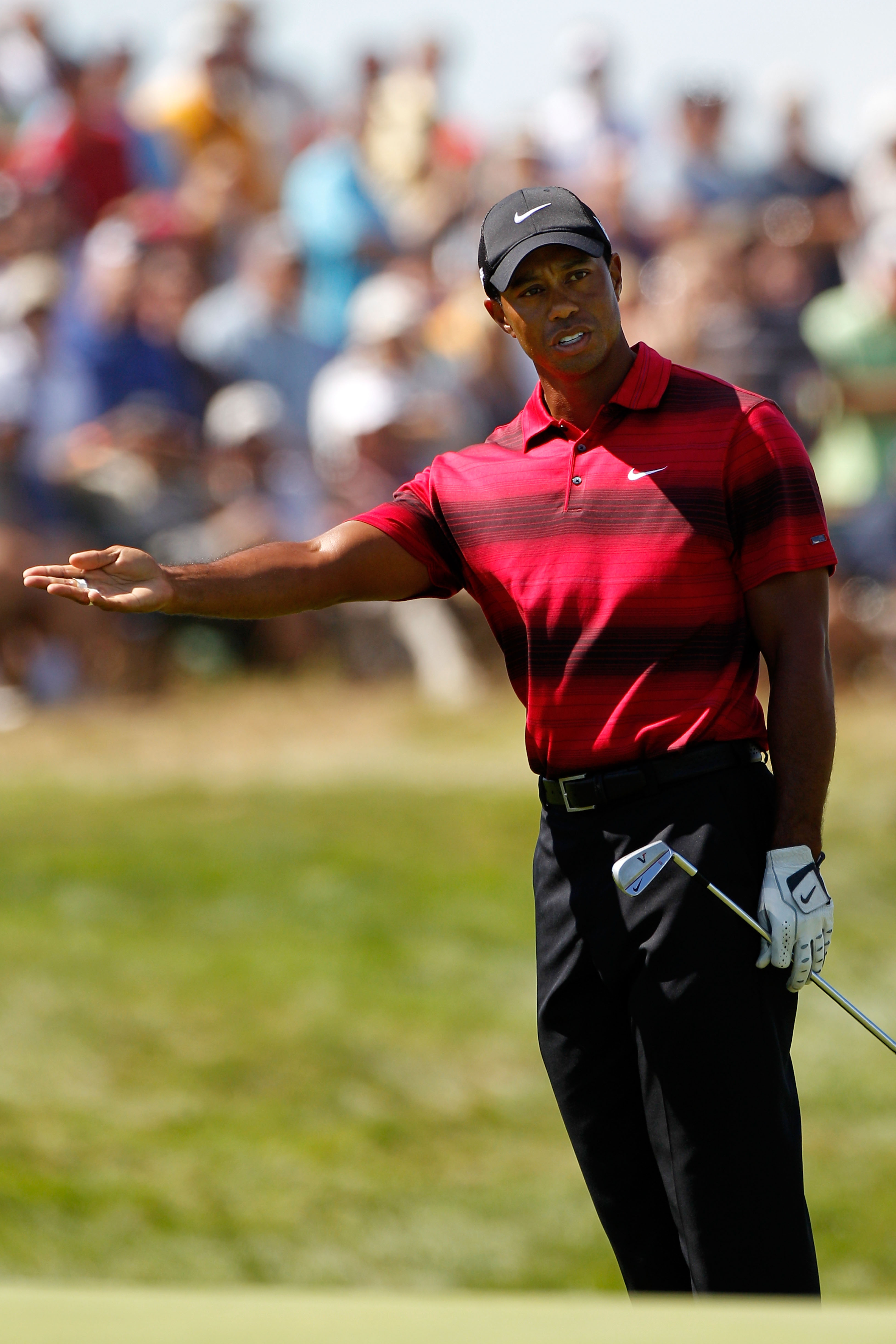 It's not like Tiger Woods has been playing stellar golf lately.

As he's said time and time again, when one part of his game has been working, there's inevitably another part that hasn't been. Whether it's his driving or his putting, some facet of Tiger's game has seemed to always need some work.

Tiger used to enjoy the peacefulness of a practice round of golf. He used to thrive in the competition that came when he walked between the ropes during a tournament. Until Y.E. Yang beat him last year he was undefeated when closing out a tournament with a final round lead.

But that state of mind is gone, it has been shattered just like his marriage.

Remember that in his first tournament back there was an airplane dragging behind it a hateful sign so that he could read the message.

For every hundred supporters he has out on the golf course, there is always a handful of haters out there. And just like in any part of life, the haters tend to stand out more than the supporters.

Golf is no longer Tiger Woods' peaceful home away from home. The game is no longer a place for him to be at one with his thoughts, and focus solely on the next shot.

His patience is tested with every step he takes and there is constant pressure on him to curtail his emotion after every bad shot he hits, an occurrence that has been happening quite often.

The walk down each fairway has become a good walk spoiled.

The Game He Loves 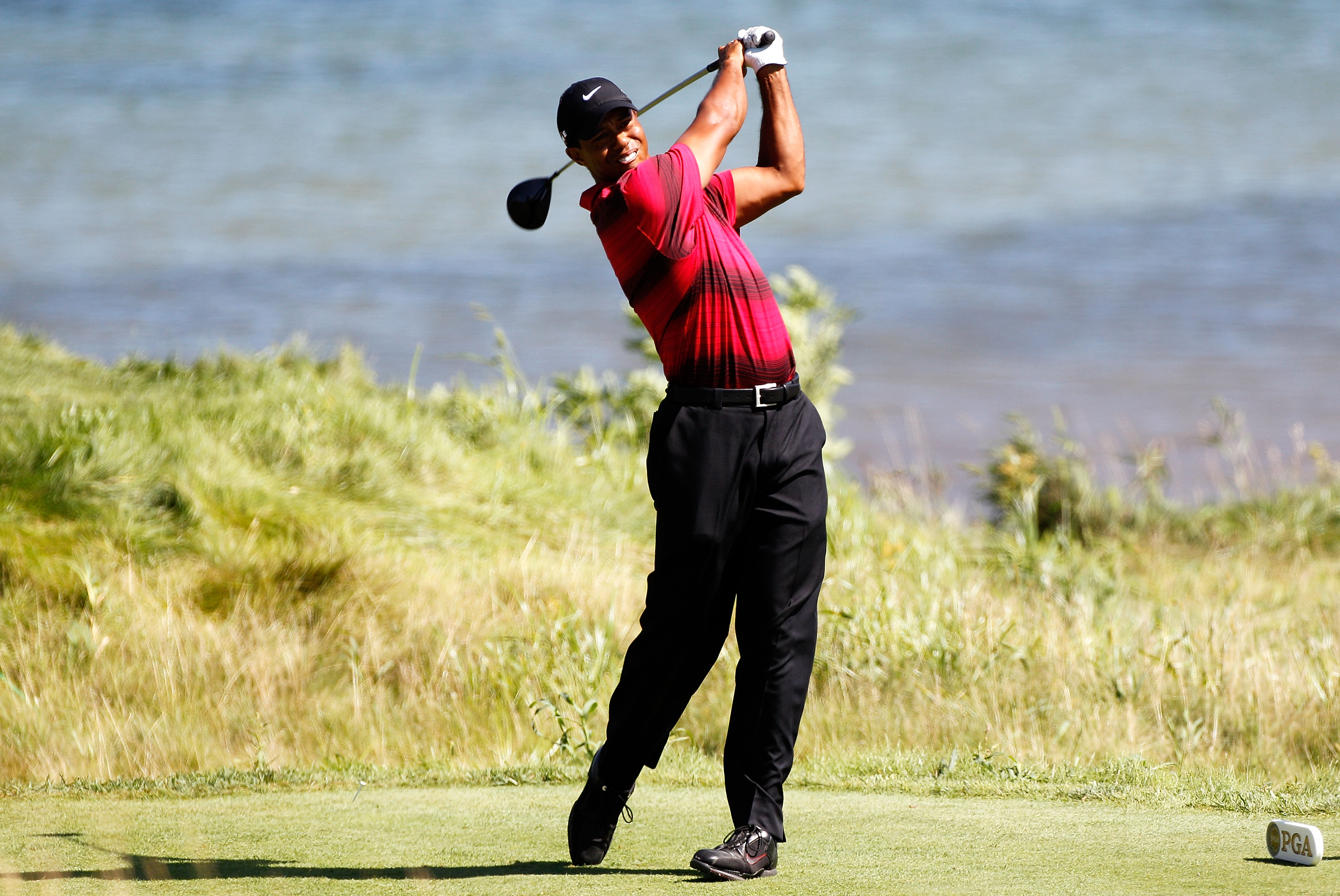 On the other hand, golf is truly a game that makes Tiger Woods tick. While it is simply a game, it is his life.

Everyone has heard stories of how Tiger was a golf prodigy as soon as he could hold a golf club. He was shooting in the 60s as a young teenager. Then he started winning tournaments and never looked back.

There was a commercial once that showed Tiger Woods sitting in his house as rain poured down outside. But that couldn't stop him and he took his clubs and went outside to drill ball after ball down the rough grass of the driving range.

The commercial wasn't an exaggeration.

Tiger has shown remarkable dedication to his craft throughout his life. He doesn't just play golf because he is good at hitting a ball. Tiger Woods plays golf because he truly loves golf.

He's a student of golf history; he's a practice junkie; he's willing to do whatever it takes to be the best.

While distractions loom everywhere as soon as he sets foot on a golf course, his love of golf may very well just outweigh those cons. The game is something he can lean on in times of trouble.

The Importance of Family 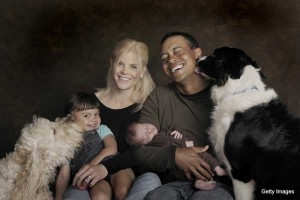 It hurts to look at this photograph and think about what could have been for Tiger Woods. He just looks so happy and at peace next to his now ex-wife and his two children.

But that all changed in the wake of the scandal.

Getting his life back in order needs to be one of Tiger Woods' top priorities. Family has always been something that Tiger has thought of as extremely important.

Part of the reason for his golfing success is because of his father, companion, and friend, Earl Woods. The elder Woods and his father were inseparable. In his book How I Play Golf, Tiger thanks his father for everything.

He tells stories about how they would play rounds of golf together and Earl would do everything possible to annoy Tiger and shake his concentration. They had a secret codeword to use if Tiger ever got fed up, but the word was never uttered.

When Earl passed away, Tiger was devastated. He wrote the following message on his website:

"My dad was my best friend and greatest role model, and I will miss him deeply. I'm overwhelmed when I think of all of the great things he accomplished in his life. He was an amazing dad, coach, mentor, soldier, husband and friend. I wouldn't be where I am today without him, and I'm honored to continue his legacy of sharing and caring."

Family has always been of quintessential importance to the younger Woods. The heartfelt embraces he's shared with his loved ones on the 18th greens of various courses have meant so much.

His mind will never be the same unless he can reconcile this divorce and make peace with the people he loves.

The Need To Escape Family 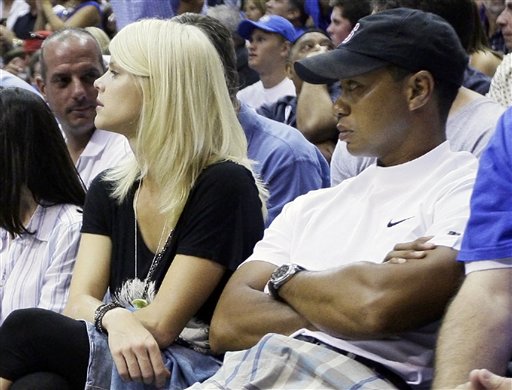 At the same time though, Tiger Woods has been hurt so much by what has happened because he had a family.

The divorce was almost assuredly his fault because he's the one that set off the scandal alarm. But no one will ever know what was going on behind the closed doors of the Woods household.

It's just as possible that Elin and Tiger never got along as it is that they were completely in love.

If Tiger stays off of the golf course, he'll be constantly embroiled in the never-ending saga of familial drama. If he stays on the course he may occasionally have to put up with heckling, but he'll be able to attempt to focus on golf and anything but that same drama.

In a lot of ways, the current number one golfer in the world needs to completely escape from what is making his world spin right now. He needs to separate himself mentally and physically from Elin for the time being at least.

He should continue to be a good father and spend time with his two children, but it may be in his best interest to escape from family for a little while. 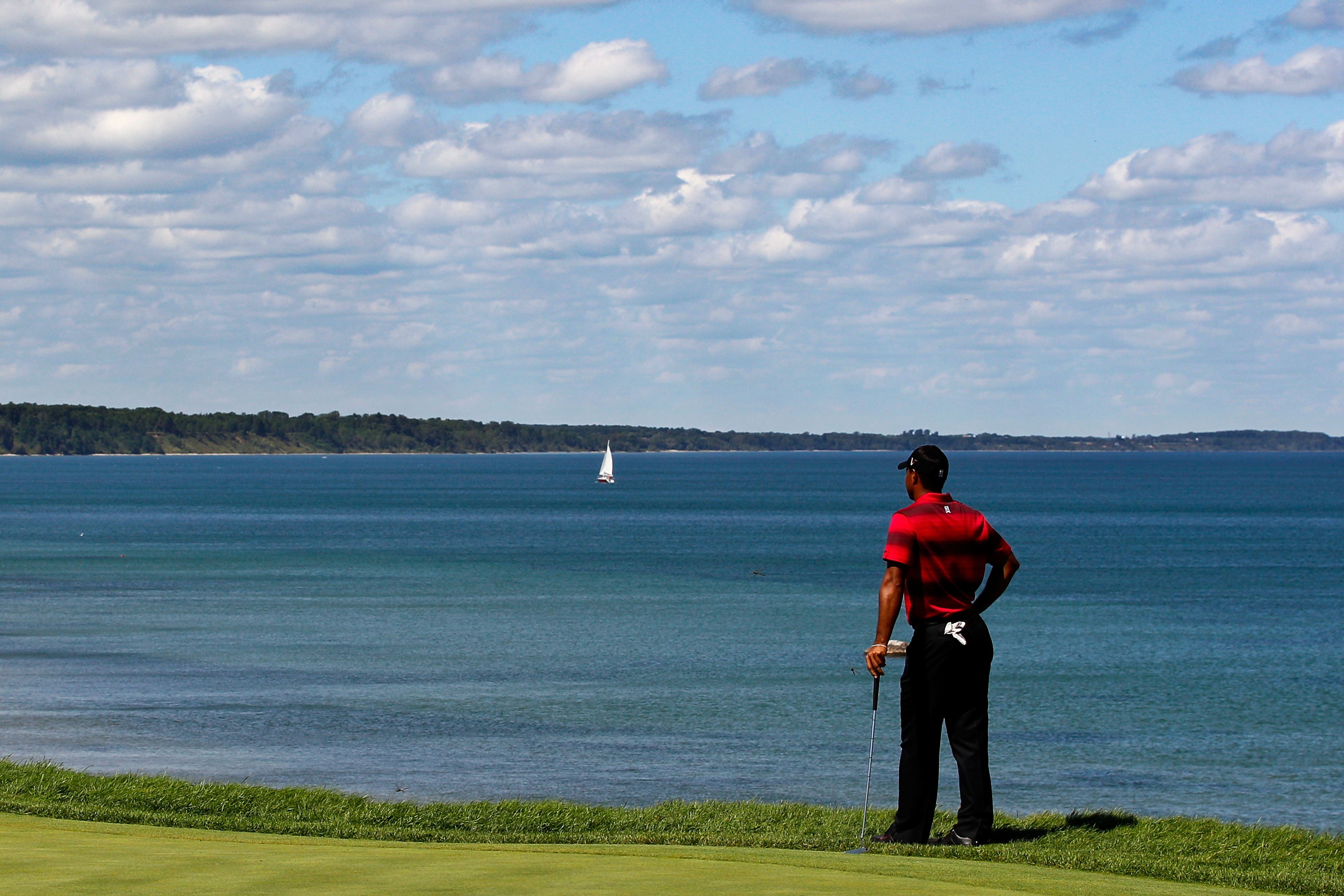 Right now golf should not be the first thing on Tiger's mind. Just like in this picture where Tiger is staring out over the water, the golfer is inevitably spending his time on the course thinking at least a little bit about his life.

The bonds of family are too much for him to just completely break, and the sooner he realizes that the better.

Until Tiger gets his mental game back he will continue to struggle on the course and be crucified by the media after each and every round. That's going to take its toll after a while.

Tiger Woods needs to realize that golf doesn't need to matter to him right now. He will always play the game well and he will always love it.

But right now, walking down each fairway is making his life more difficult, and leaving him with less of an ability to repair some of the travesties in his life.