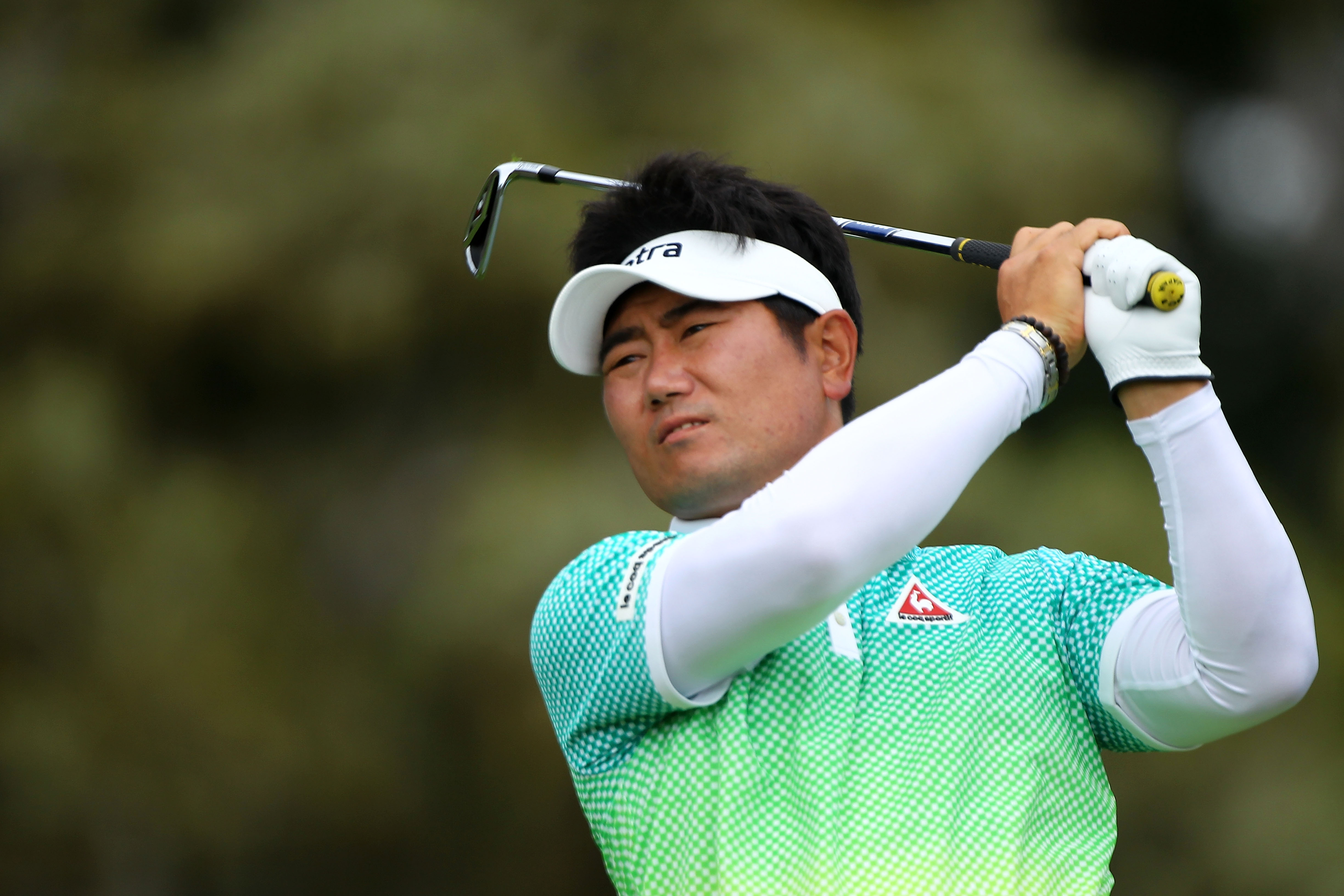 Y.E. Yang did the unthinkable last year and held off Tiger Woods to take home his first Major Championship.

It is certainly hard to repeat that kind of magic, especially these days, when it seems like a new face is behind the trophy at every championship.

But perhaps Yang has what it takes to do just that and repeat as PGA Championship winner.

Here are 10 things working in Yang's favor that may help him repeat. 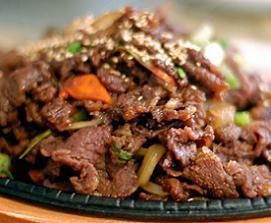 Because Yang won last year’s PGA Championship, he had the champion’s choice for Tuesday’s dinner.

His selection: an array of South Korean delicacies, including Korean barbeque. 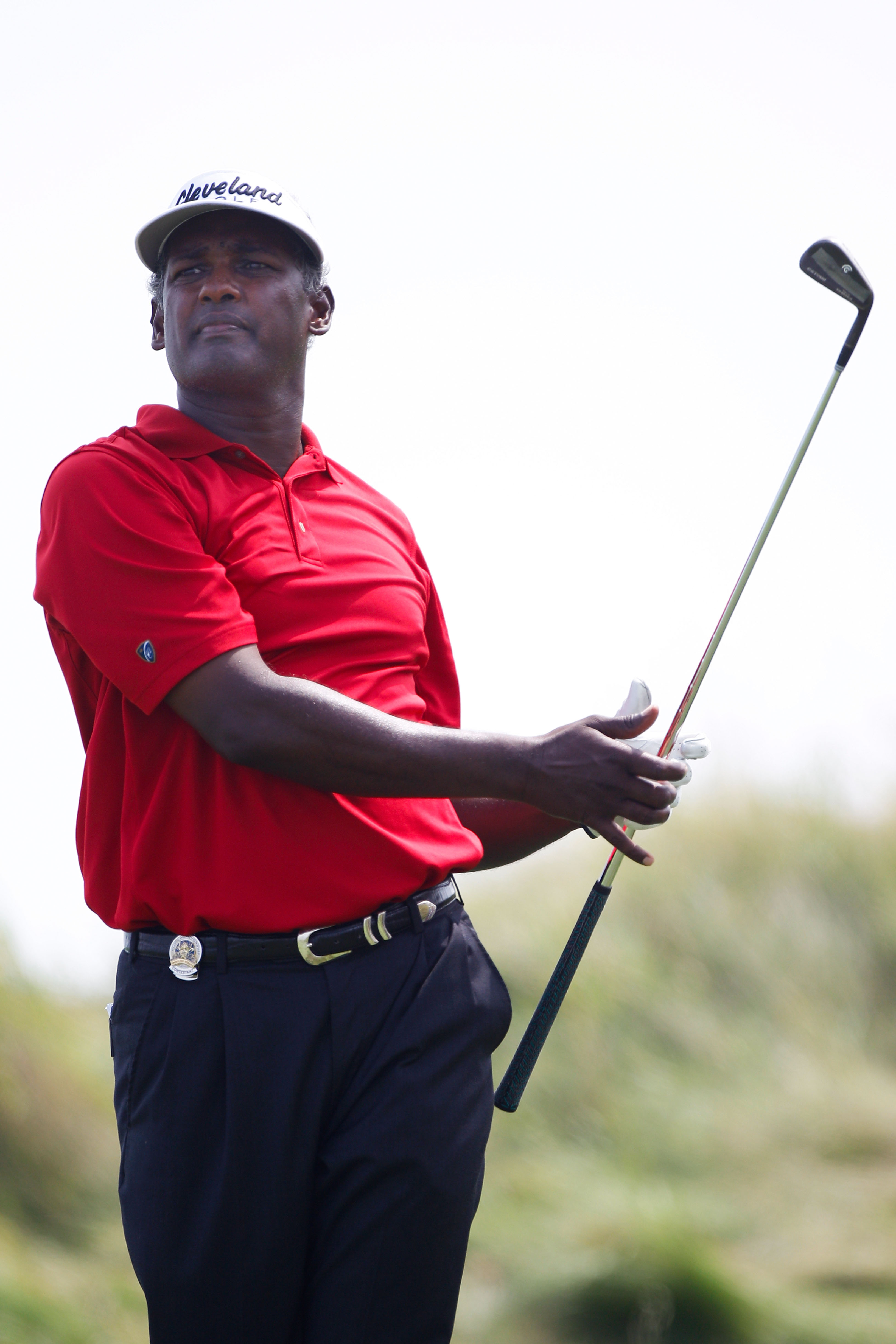 Their names are among the game’s greatest: Tiger and Vijay.

Drawing them to start the PGA Championship is certainly motivation to play your best golf.

Singh also took home this event last time it was played at Whistling Straits, so picking up a few tips from him may not be bad.

Perhaps the best part for Yang is that neither of them is playing particularly well as of late.

Some players would crumble under the pressure of playing against these guys, no matter how good they are playing, but not Yang. 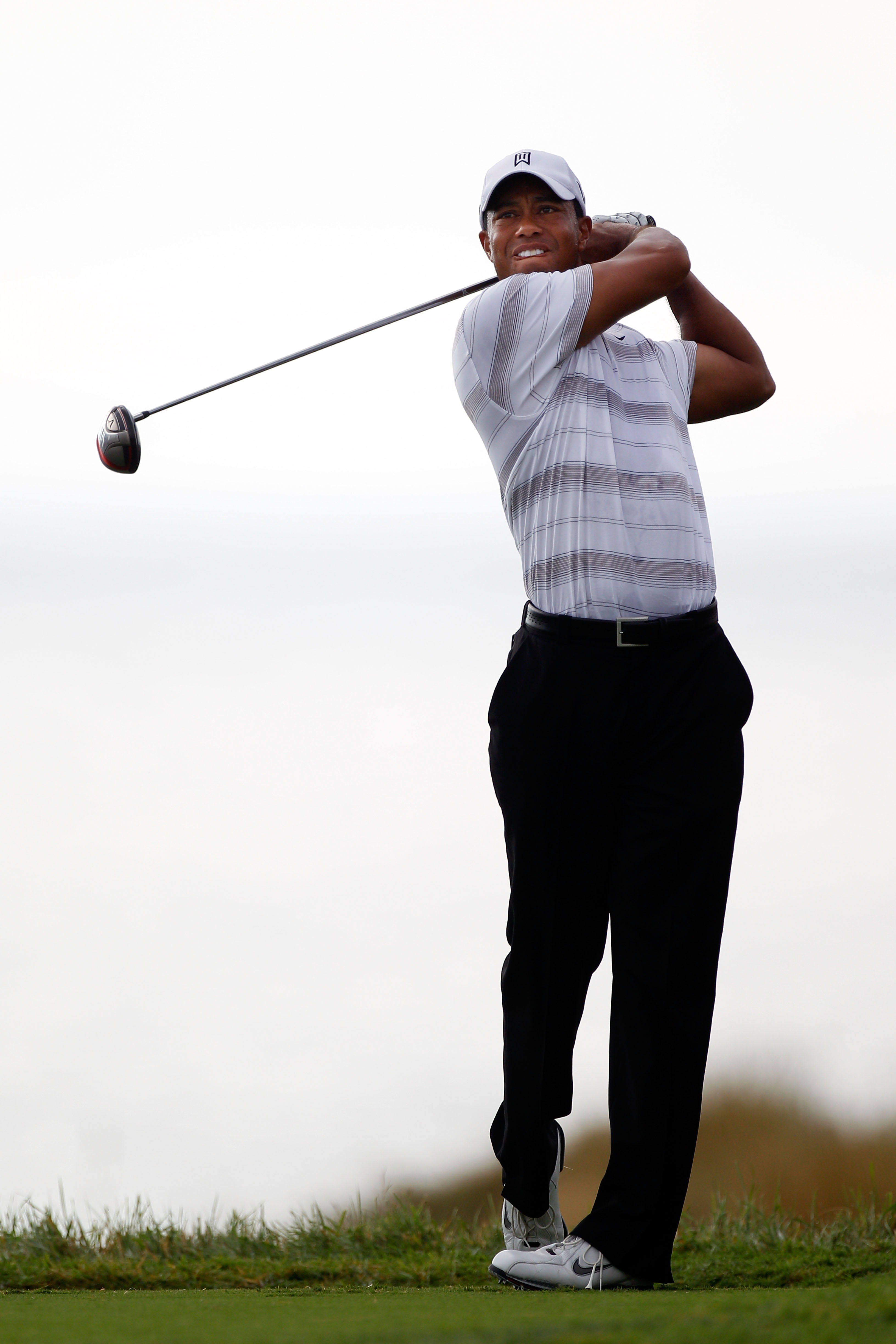 In last year’s run to the title, Yang did what was unthinkable (at the time) and held off Tiger en route to the championship.

That certainly took some nerves of steel with the tournament on the line.

So, starting off against him should be nothing for Yang.

In fact, it might even channel some motivation from last year’s run to see Tiger against him once again.

It will be just what he needs as the tournament gets down to the end.

No. 7: The Pressure of a Continent Is Off 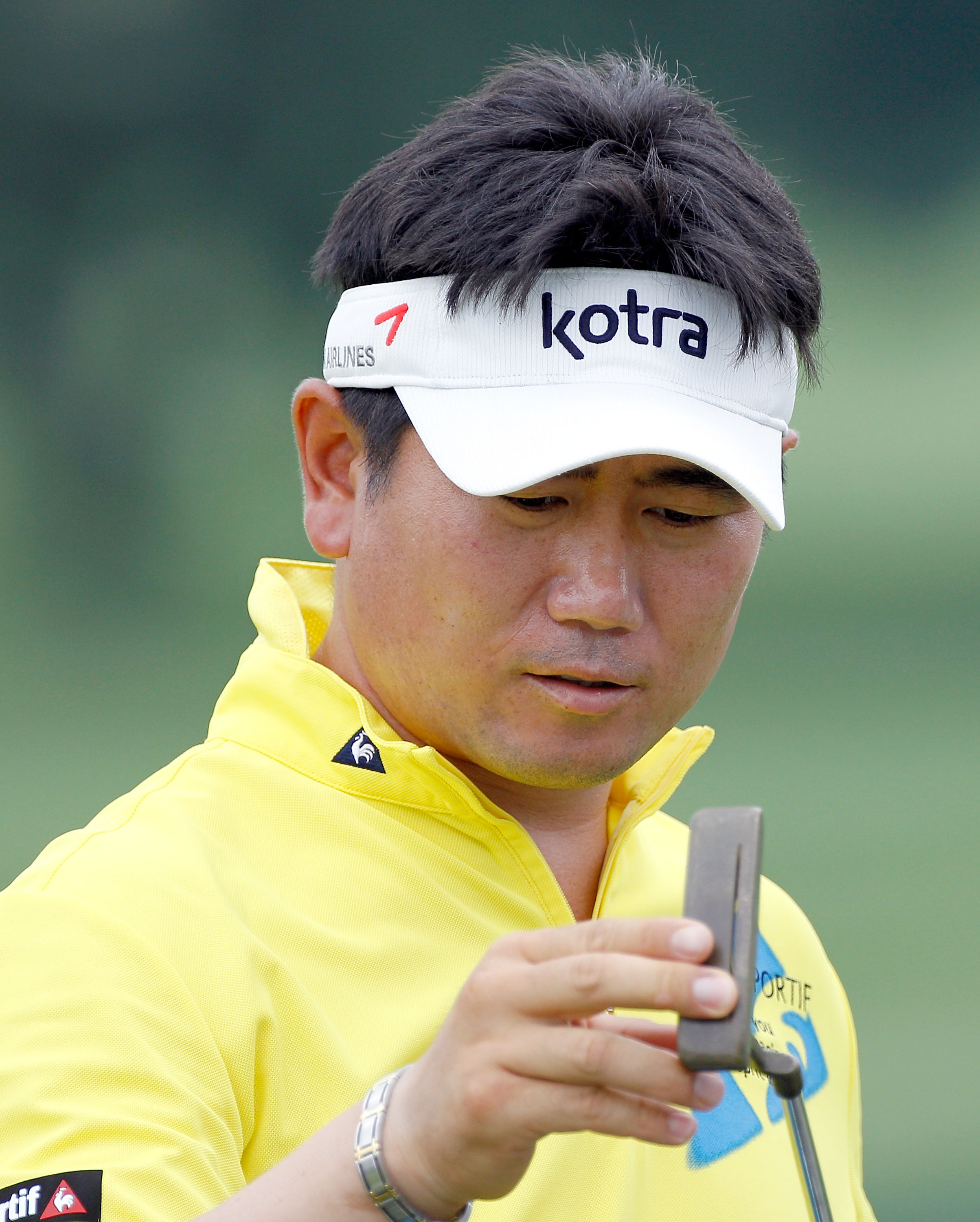 Not only did Yang have to hold off Tiger to win last year’s Championship, he had to resist the pressures of an entire continent.

In winning, he became the first Asian-born player to win a Major Championship.

Quite a feat, and it will probably be even easier to pull off the second time, without the pressure of being the first riding you the entire final round.

No. 6: It’s an International Game Now 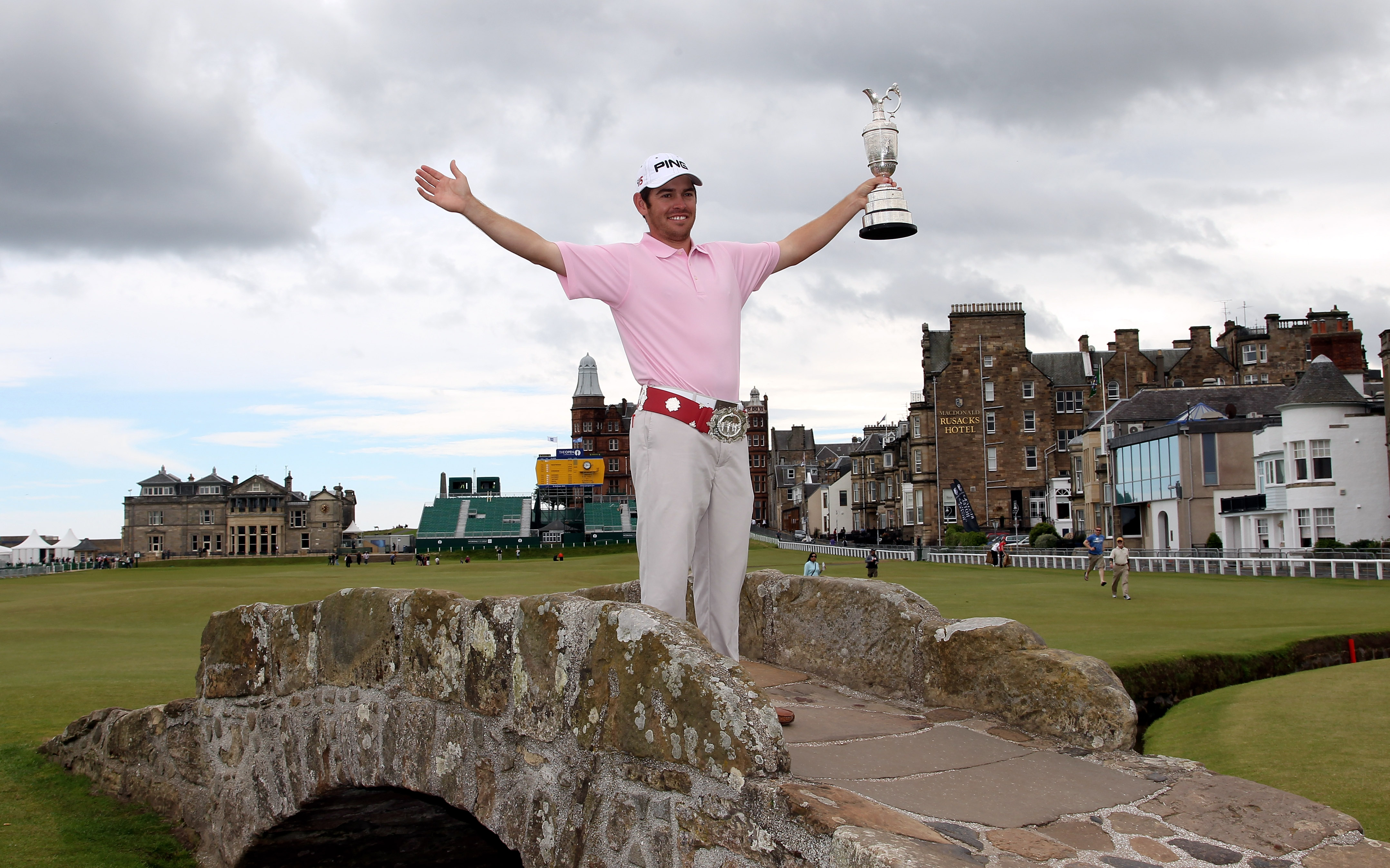 Also, the Americans, who usually do well on their own soil, have not fared well of late on golf’s biggest stages.

Not that it means anything in the big scheme of things, but the way things are going, that means an Asian has to take this home to keep the world balance.

No. 5: Rest Should Help Him 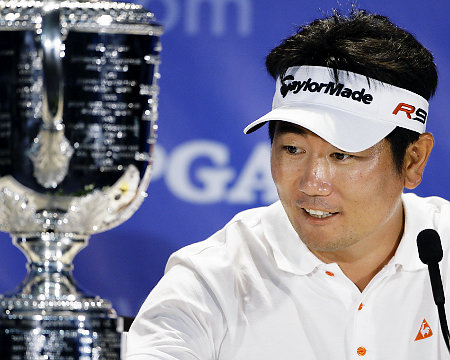 Yang has been playing a little poorly of late, but he took almost a month off before last week’s WGC-Bridgestone.

The rest might help him regain his focus in time to defend his championship here this weekend.

Last year, Yang missed the Open Championship then got on a roll prior to winning the PGA Championship.

So maybe the rest will help him get up to speed just in time, once again.

No. 4: Whistling Straits About How You Finish 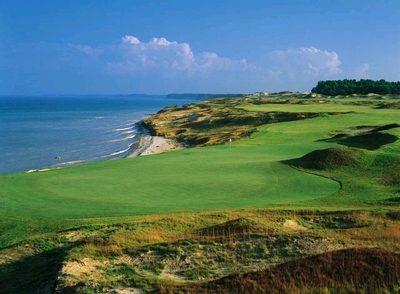 When Singh won the PGA Championship at Whistling Straits in 2004, he didn’t have a particularly amazing day in the final round, to say the least.

He closed with a 76, the highest final-round score by a PGA Champion.

But he finished strong in the end with a playoff birdie to take it home.

If last year’s win proved anything, Yang can hang around and pull it out in the end.

In a course like Whistling Straits, that may be just what you need to win.

Once the weather picks up, you need focus and nerves of steel to pull it off in the end. Yang showed he has both requisites for taking home the PGA Championship. 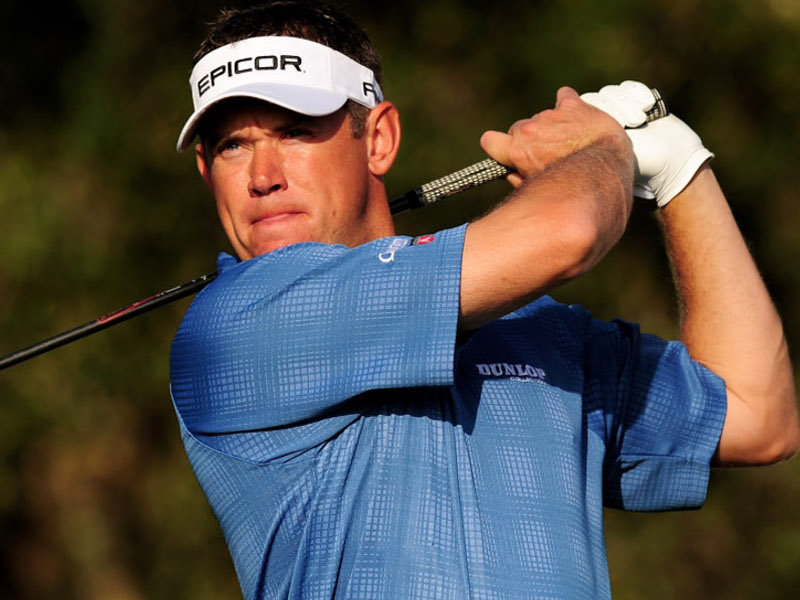 Even though Yang is the defending champion, he is not the favorite. But who is?

Yang isn’t playing his best golf, but the top competition is not on top of its game either.

Tiger is struggling and has been all year. Phil has not played well since the U.S. Open and just revealed he has been battling arthritis. Lee Westwood pulled out of the WGC-Bridgestone with a calf injury.

There really is no one player who is the definitive odds-on-favorite to take this home.

All of the talk is on Tiger once again, this time for his struggles and off-course mishaps.

Yang thrives in that role and as an underdog. So why not him? 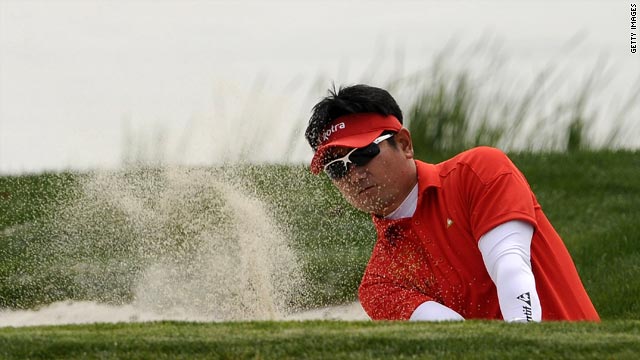 That’s what Yang did masterfully to win last year’s Championship, including his final-hole shot that went through the trees and cleared the bunker to set up his winning shot.

Yang will need to do a lot of that this weekend to repeat because Golf Digest recently counted 967 bunkers at Whistling Straits.

So, if he can do that again when the pressure is on, he will be fine. 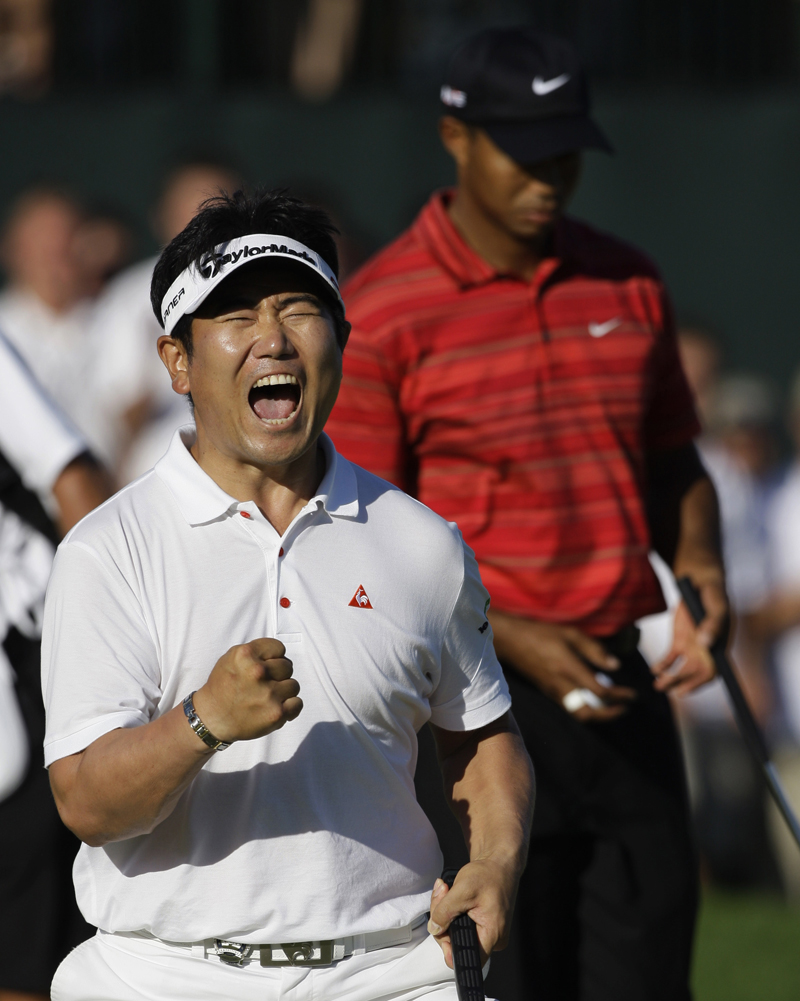 Yang was the first Asian-born player to win a Major Championship.

He was also the first player to take home a Major after going to Q-School the previous year since John Daly in 1991.

Perhaps he can take home this year’s PGA Championship in his first go-around at Whistling Straits. He said in pre-tournament press conferences that the course was daunting and difficult.

But so was holding off Tiger in the final round last year. He was also the first person to do that.