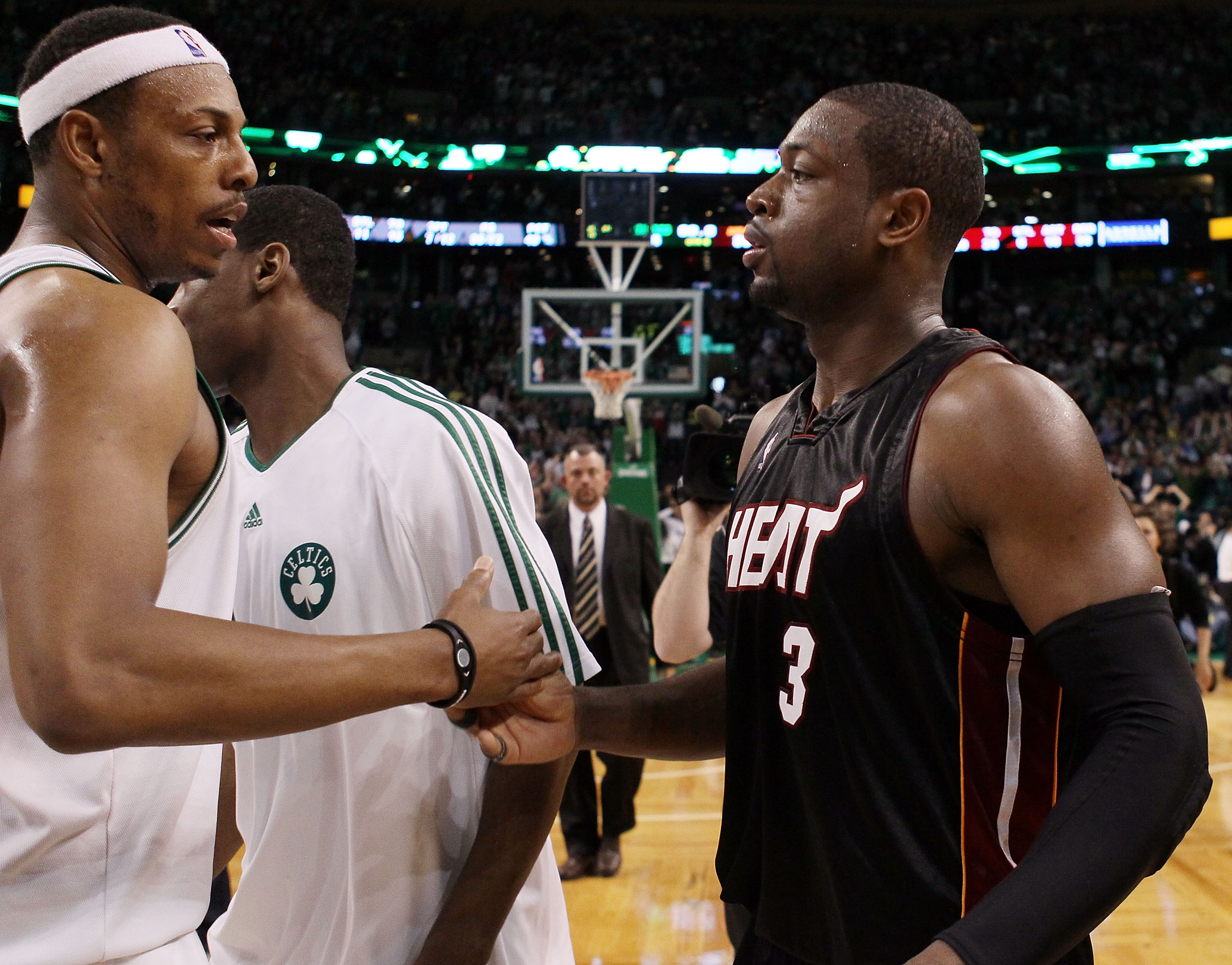 The start of the NBA season is always filled with optimism and hope.

After one or two weeks, that jubilance quickly fades away for some teams.

Take the Chicago Bulls for example. Their annual "Circus Trip" at the end of November usually leaves the team with a sub-.500 record heading into December.

It's no wonder Scott Skiles was fired on Christmas Eve.

After one of the most interesting and captivating offseasons in league history, every NBA player and fan will be fired up for the regular season to get underway.

However, several teams have tough schedules and are sure to be disappointed with their first few weeks of play.

Is your favorite going to be one to start off sluggish? 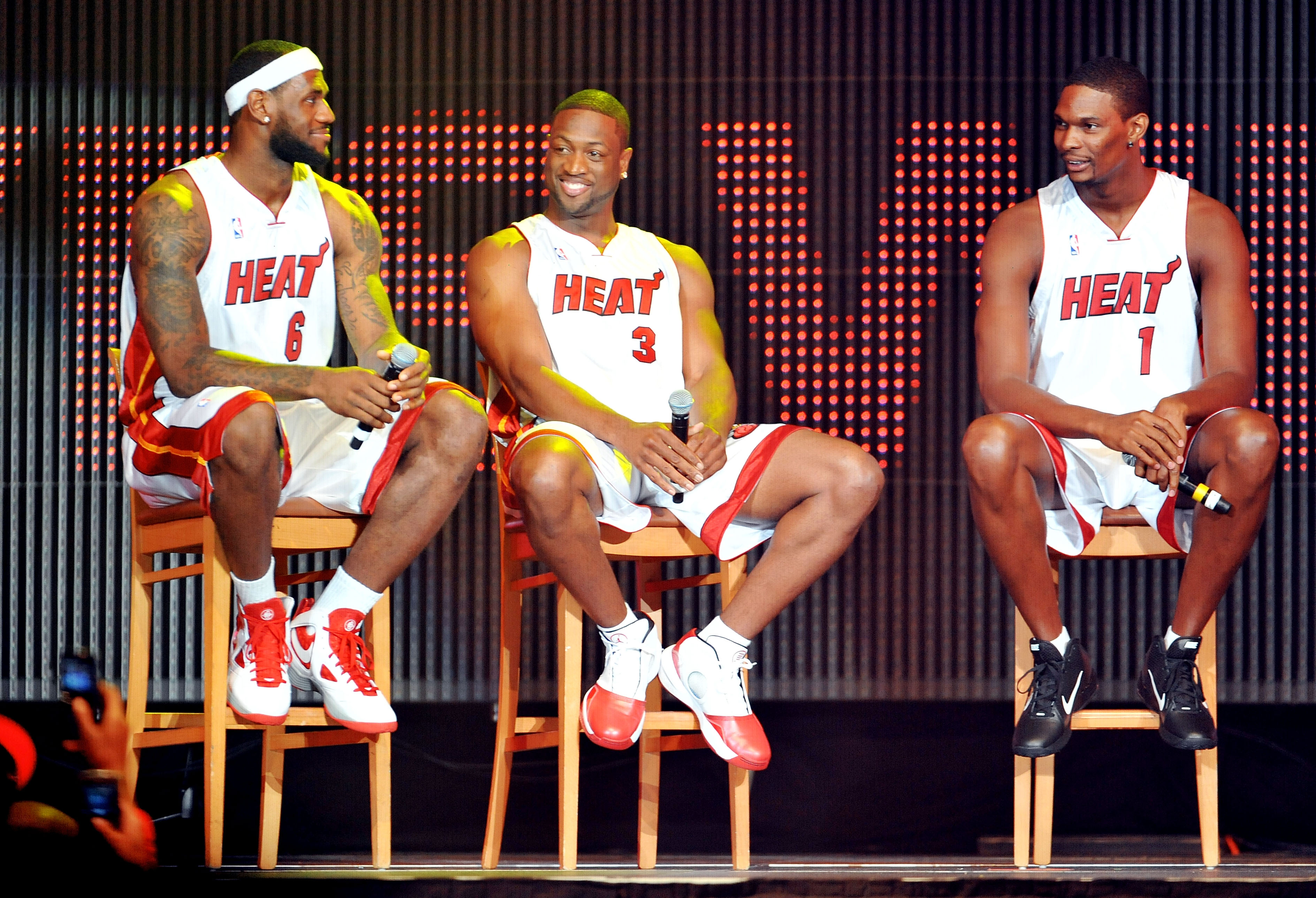 Both of these teams have the potential to finish the season with more than 60 wins.

According to Jeff Van Gundy, the Miami Heat will win more than 72.

That will be difficult if the Heat do not withstand their opening few games.

Game One: Miami at Boston

Assuming they win against the likes of Minnesota, New Jersey, and Philadelphia, a 6-3 start would be underwhelming for a team that's supposedly the most talented ever.

Of course, since two of those games are against Boston, the Celtics' fate is intertwined with the Heat's.

The Celtics actually have a much more brutal schedule.

Game One: Boston vs. Miami

That's conceivably a 4-5 start for the defending Eastern Conference champs.

Either way, one of the two "Big Three" are going to be disappointed early in the season. 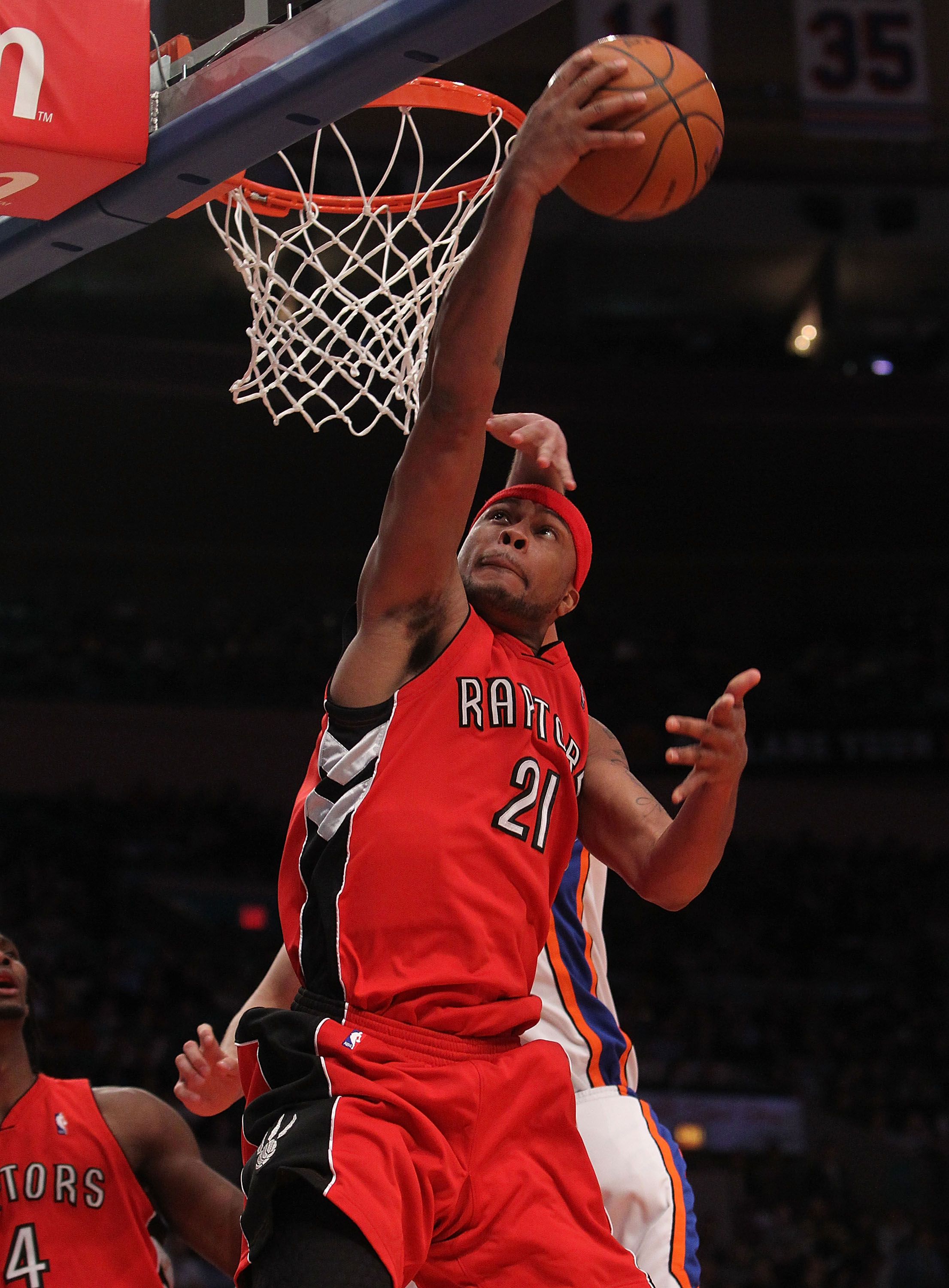 All right, let's get the Toronto Raptors out of the way first.

They are arguably the worst team in the NBA after losing Chris Bosh and Hedo Turkoglu in the offseason. They don't have much going for them.

Having two home games to start the season would be great for most teams. Playing against the New York Knicks and Cleveland Cavaliers is even sweeter.

However, at best they will split those two.

Then, the Raptors hit the west coast for four straight contests. Can they top the Kings, Jazz, Lakers, or Trailblazers? Doubtful.

Lastly, the Raptors have the distinct honor of playing their ninth and tenth games on back-to-back nights against the Magic and Heat.

1-9 in their first 10 games is definitely not out of the question for the Raptors. 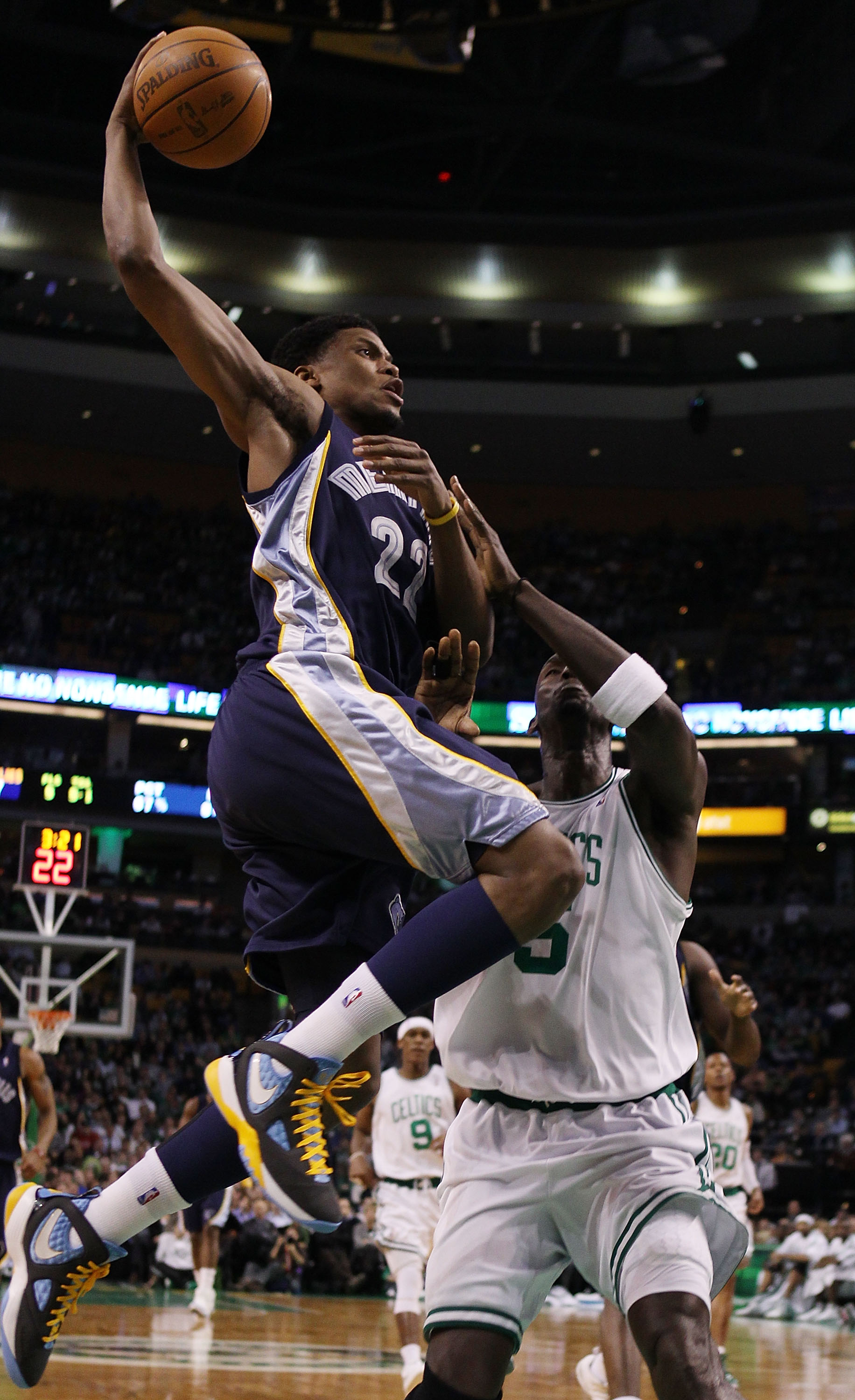 Oh, poor Grizzlies and Raptors. Two expansion teams that were never able to reach the top of the NBA.

And neither will do so this year.

Rudy Gay is not Memphis' savior, even though the team paid him like he was.

And the Grizzlies' schedule provides no relief either.

I could go on, but I would pretty much be rattling off their entire schedule. The game left out was the third one, at home against Minnesota, because that's winnable.

Could the Grizzlies also start 1-9 like the Raptors? Wouldn't be surprising. 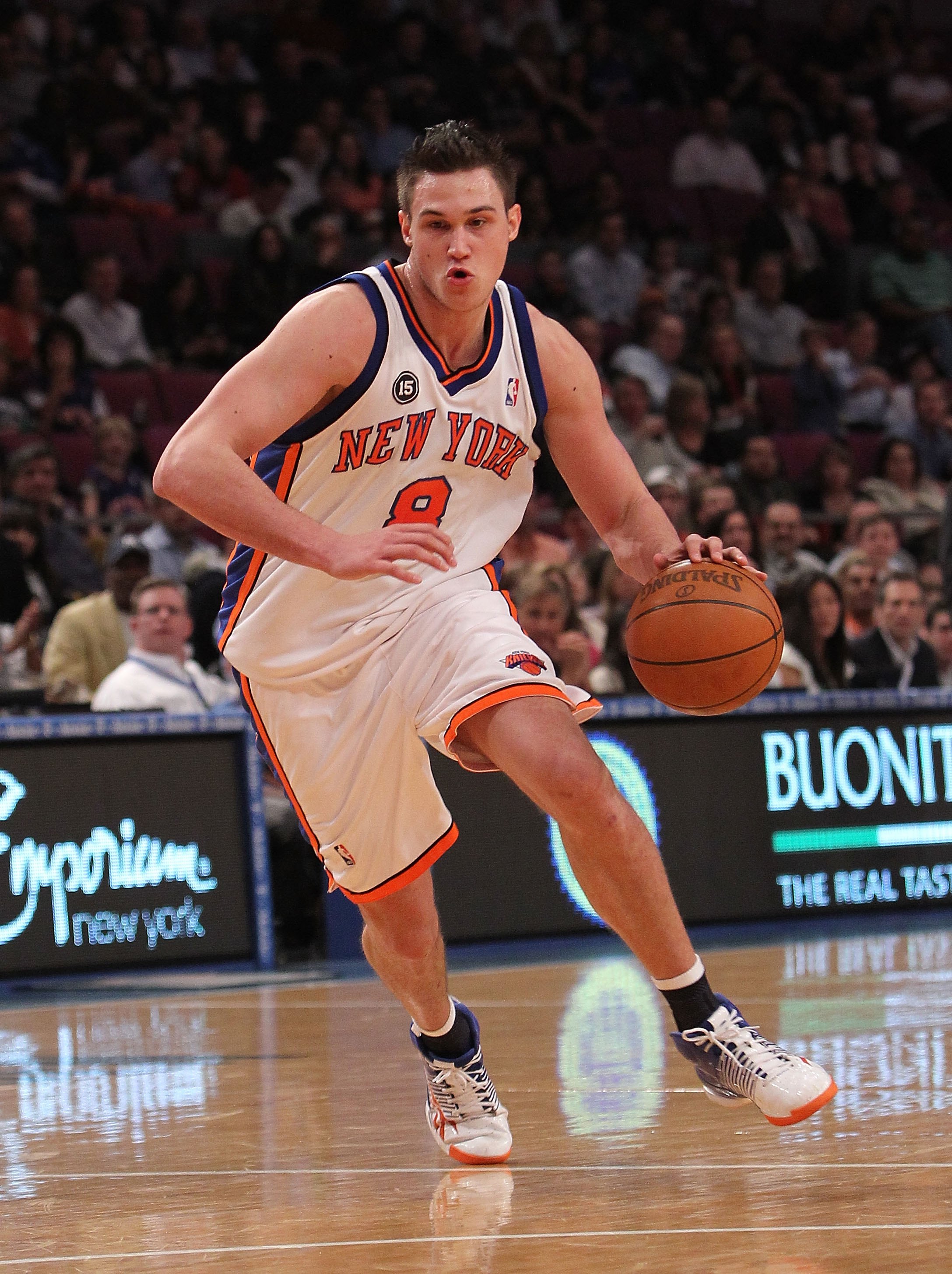 The new-look Knicks have a tough round of games to start the season. That is, after a likely win against the Raptors in Toronto.

A 1-4 record seems quite likely, and of course with all the hoopla surrounding the Big Apple, that's sure to generate some negative buzz.

Most experts believe the Knicks will finish in the middle of the Eastern Conference this season, so the next few games on their schedule (Washington, Philadelphia, Milwaukee) should be toss-ups.

But after a potential 1-4 start, those games could become more difficult to win.

Plus, several new faces have joined the team. That's going to be a theme for the next few teams mentioned. 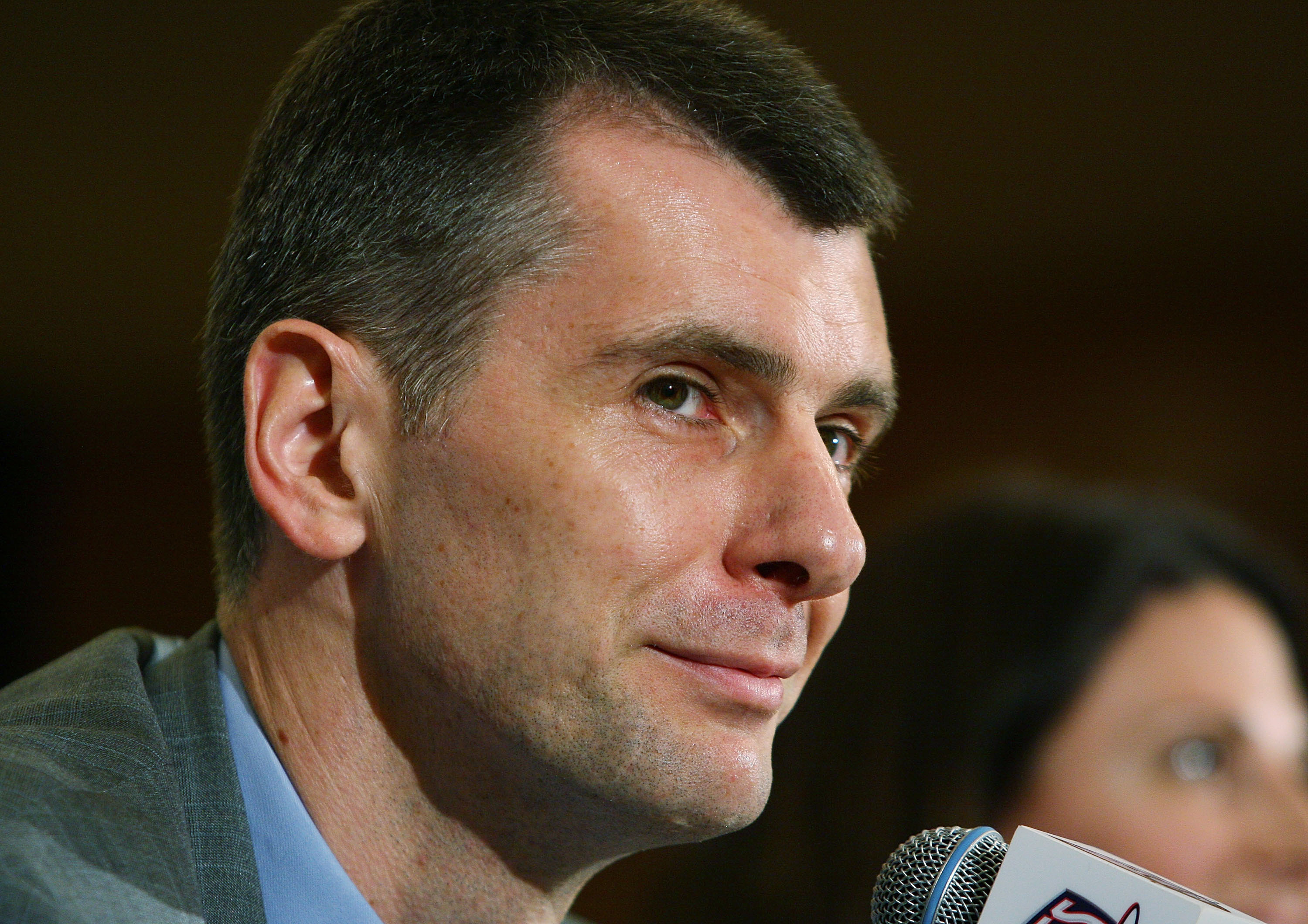 Nice try, New Jersey. But in the end, no major free agents were lured by the intriguing combination of a Russian billionaire and a hip hop mastermind.

So the worst team from last year got... marginally better.

Worst of all, the Nets have the pleasure of facing the three biggest free agents of the summer twice in their first six games.

That's right. New Jersey's third and sixth games will be against Miami. The first one in New Jersey, the second in South Beach (where LeBron James took his talents.)

The Nets also face the Magic twice early in the season. Their fifth game and ninth game are against Dwight Howard and company. 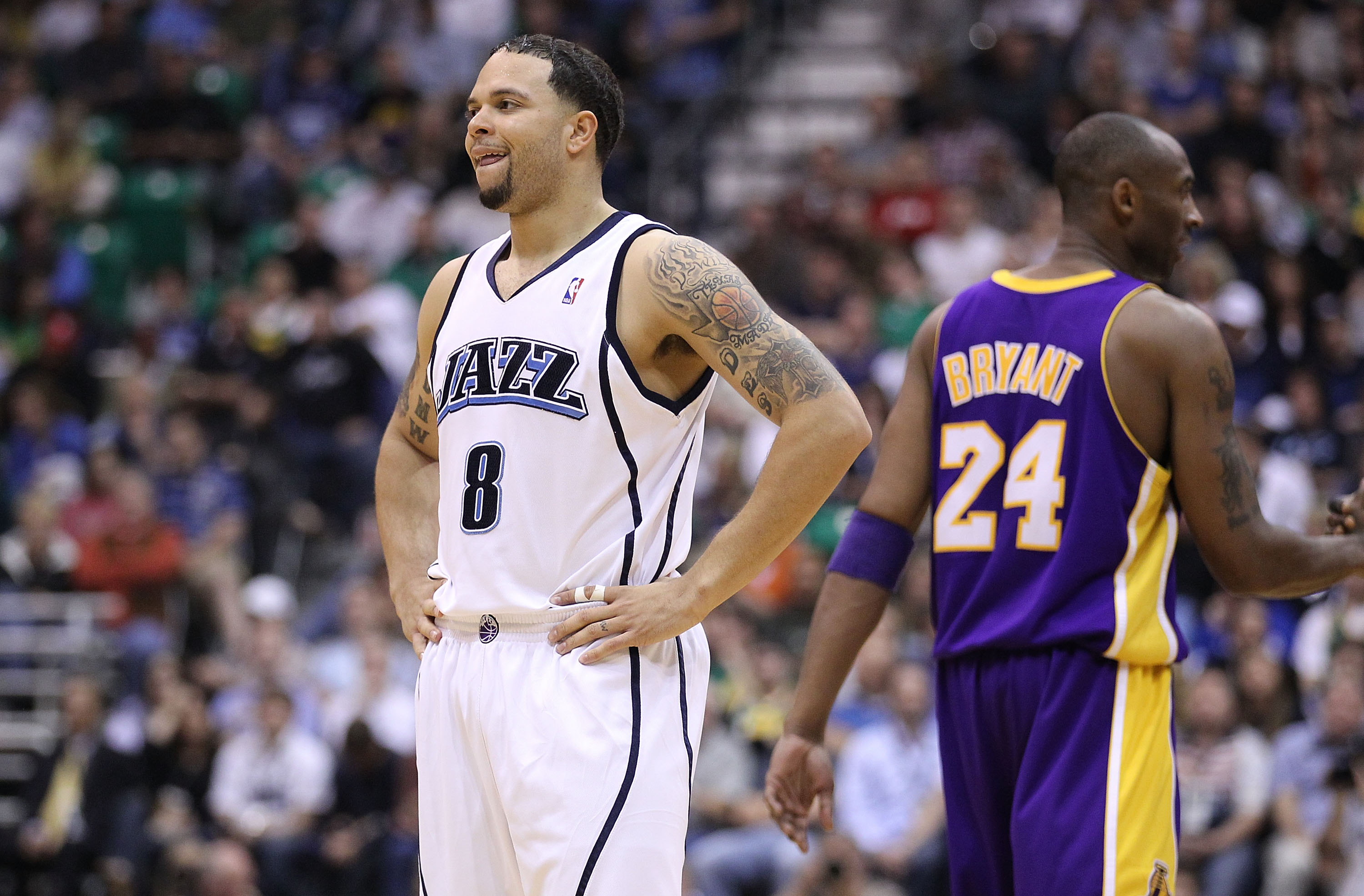 The Chicago Bulls stole several of Utah's top players, and now it remains to be seen how Deron Williams will perform without his pick-and-roll buddy Carlos Boozer.

Judging by the schedule, not very well.

Sure the Jazz now have Al Jefferson, but the adjustment from one big man to another will need to be quick.

The Jazz then get a slight break when facing the Raptors in Utah, but then the team must travel to Florida for back-to-back games with Miami and Orlando in the seventh and eighth contests of the season.

Then two days later, Utah does another back-to-back at Atlanta and Charlotte.

3-7 sounds about right for the Jazz over the first 10 games. 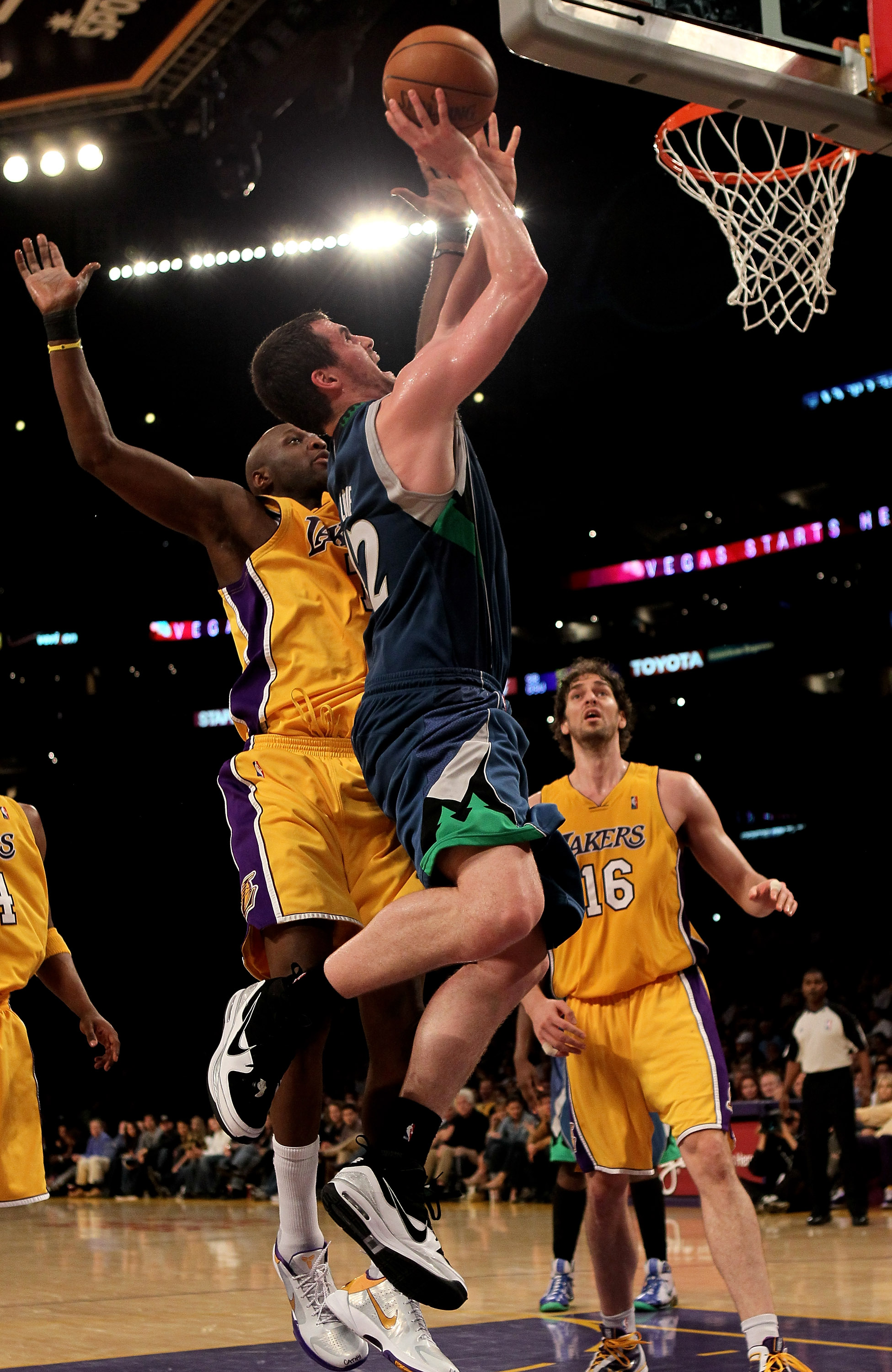 Minnesota, like Utah, gets the honor of going on the road to face the two behemoths in Florida on back-to-back nights.

Count those two as losses.

The first three games for the Timberwolves are surprisingly winnable (Sacramento, Milwaukee, Memphis), but after that stretch and the trip to the Sunshine State, it just gets more difficult.

A 3-5 start would be fantastic for a team not considered to have any shot at the posteason. However, the Bucks will defeat them and I'd consider the home game against the Kings a toss-up. 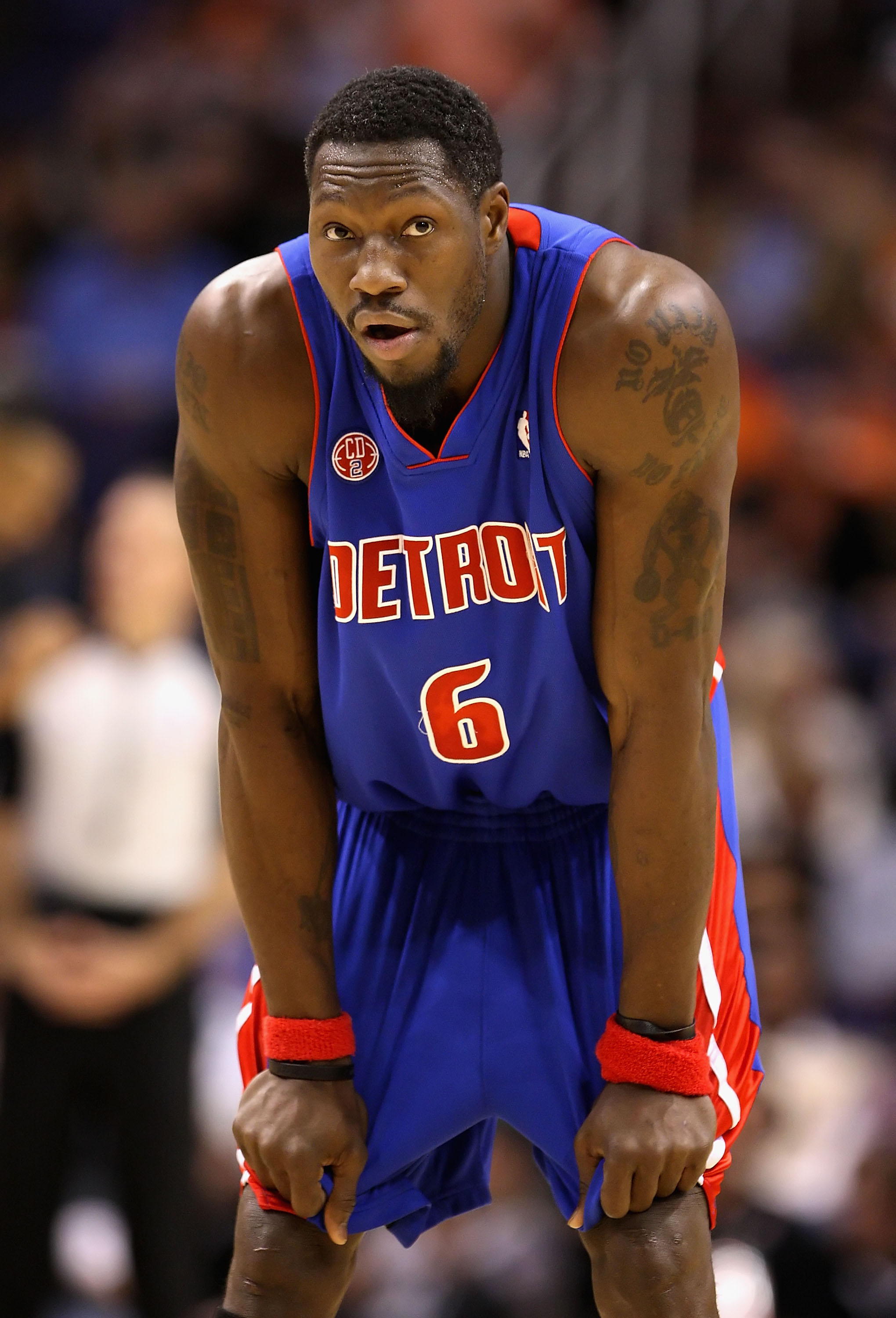 Even Tracy McGrady can't save the Detroit Pistons from their brutal opening schedule.

The Pistons start things off in New Jersey, so that could be winnable. But don't expect Detroit to win any of its next five.

Game 7 is a home game against the Warriors, and then after that the Pistons embark on a four-game roadtrip.

Once they return back home, they will be greet by the Lakers.

The once mighty Pistons could easily be 2-10 after their first 12 games. 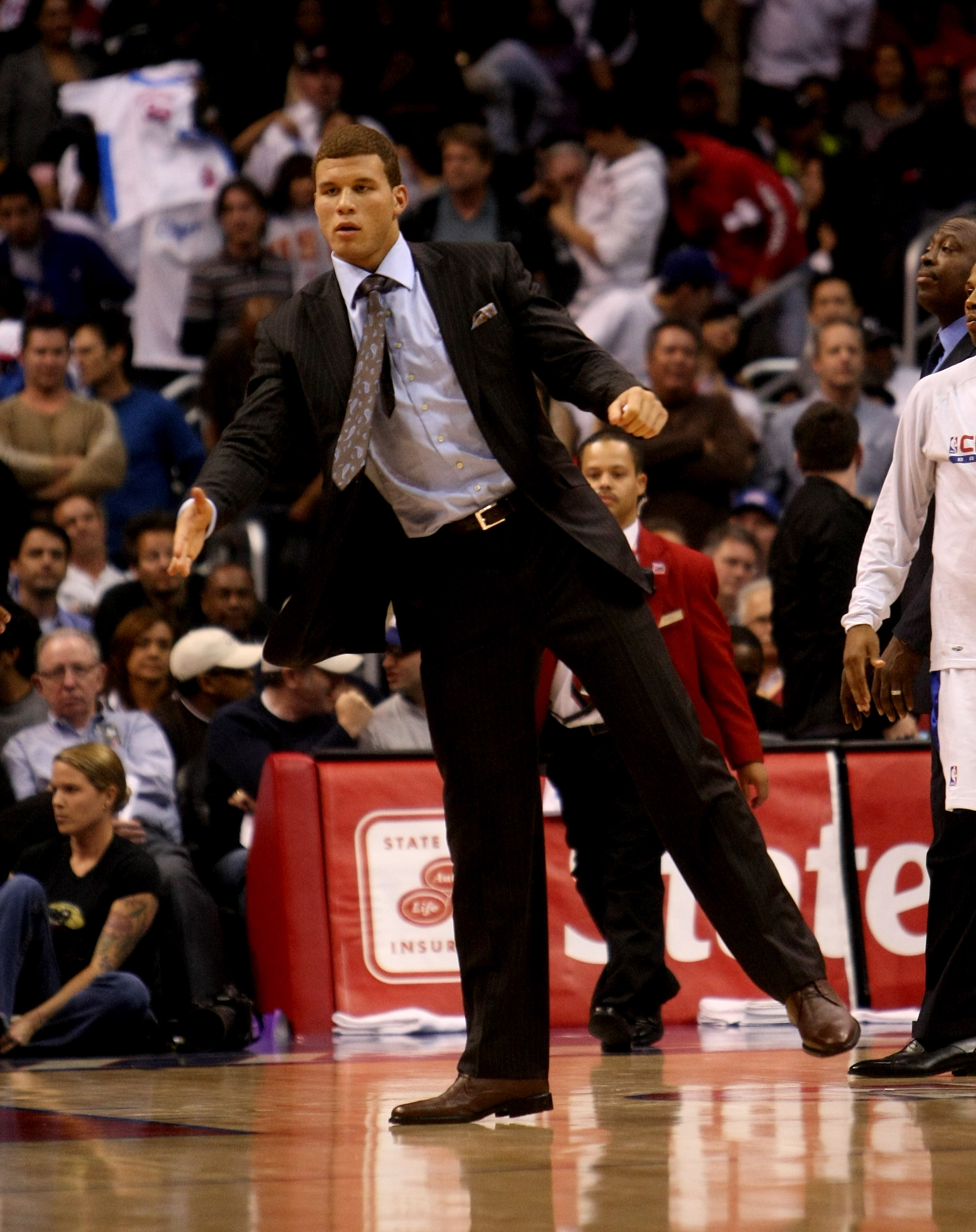 Come on, you didn't think the Los Angeles Clippers would escape this list, did you?

The Clippers play five of their first nine games on the road. All five of those games will be difficult to win.

The four home games won't be any easier, as they are against even tougher teams than the road contests.

I'll save you the analysis and just post the schedule. You'll be hard-pressed to find a game the Clippers are likely to win.

Now if the Clippers had won the LeBron sweepstakes, that would be a different story. 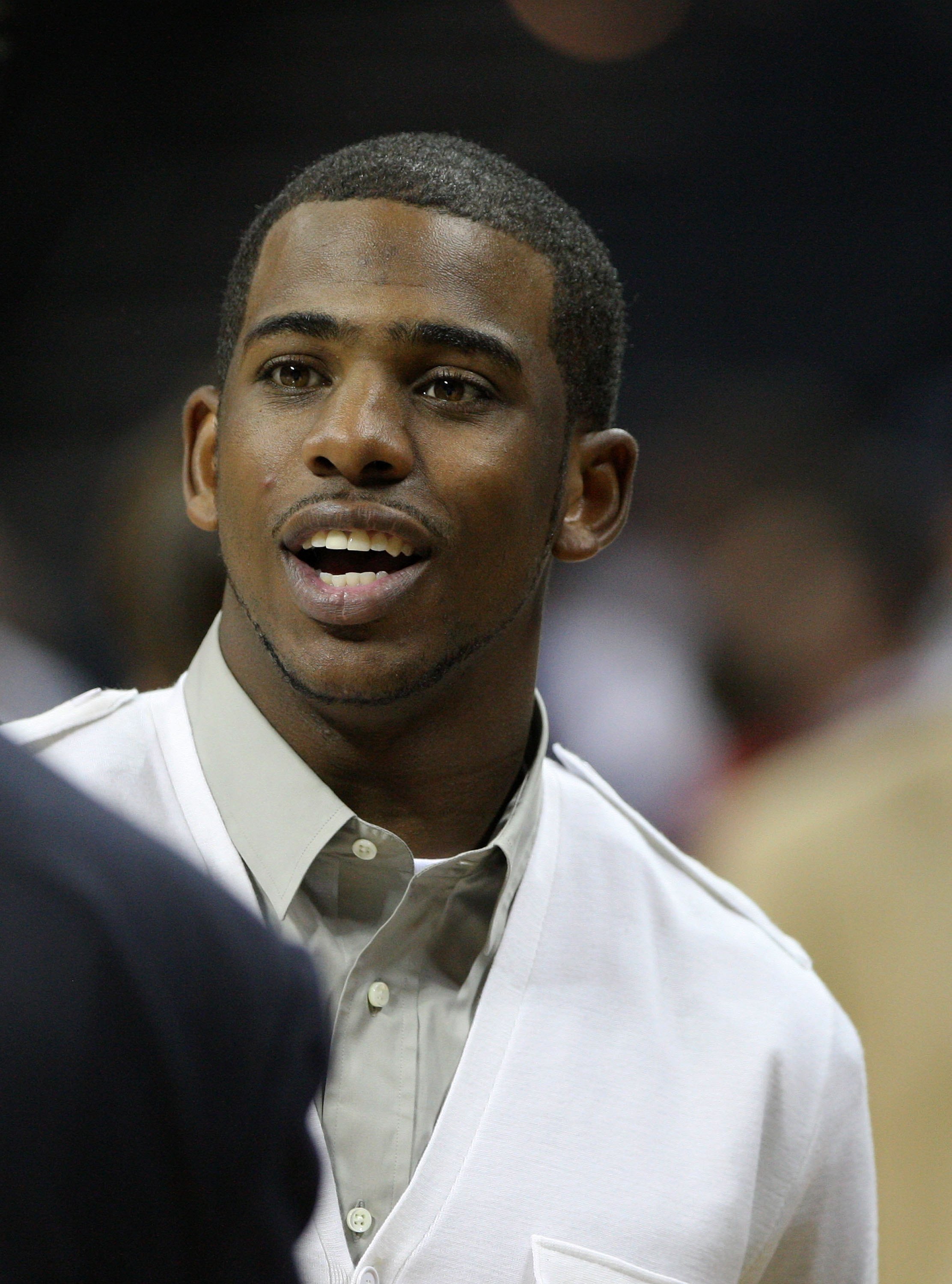 How many games before Chris Paul demands to be traded from New Orleans?

Judging from the schedule, maybe as few as six.

None of these games look especially winnable for the Hornets, though if Paul is healthy, the team will be significantly better than last season.

Still, the team takes on the Clippers in its seventh contest, then has a game against the Trailblazers and two in a row against the Mavericks.

Paul may not be disgruntled now, but come mid-November, he just might be.