The Maple Leafs shocked hockey fans the day before free agency began by taking a different route to improving their team.

Rather than signing a big name free agent, they completed a trade with the Chicago Blackhawks that saw Kris Versteeg and prospect Bill Sweatt come to Toronto in exchange for Swedish winger Viktor Stalberg (as well as prospects Chris DiDomenico and Philippe Paradis).

Versteeg, who is coming off of a 20 goal season, avoided the sophomore slump that is dreaded by many second-year players.

The Lethbridge, Alberta native has scored 42 goals over the first 170 games of his career, and won a Stanley Cup last season with the Chicago Blackhawks.

Versteeg, 24, now knows what it takes to win the Stanley Cup, meaning that the Maple Leafs have another player coming into their dressing room who should be a good influence on the younger players, including Nazem Kadri.

The Maple Leafs did not stop making attempts to improve their roster after trading for Versteeg, as they continue to build their team for the 2010-2011 campaign.

After trading for Versteeg and keeping Tomas Kaberle, they went out into the open market on July 1 and signed free agent agitator Colby Armstrong.

In 79 regular season games Armstrong scored 15 times, adding 14 assists, and posted a +/- rating of 6. Perhaps what is even more impressive about Armstrong is that he recorded all of those statistics and dished out many huge hits, but he only sat in the penalty box for just over an hour.

So, with the two newest Maple Leafs getting ready to hit the ice in October, the question now begs: where do Versteeg and Armstrong fit in?

Kris Versteeg is a goal scorer, not a third or fourth line type player.

With that being said he may just be the top six forward that Brian Burke, the entire Maple Leafs organization, and Leafs fans have been wanting.

Versteeg does have the potential to be a top-line winger, which works out great because he can play left wing, centre or right wing.

Phil Kessel is a right winger, meaning if you were to place Versteeg on the left side you could place young playmaking centre Tyler Bozak between them.

Colby Armstrong on the other hand, is a different kind of player.

He is a Brian Burke type of player, someone who is not afraid to drop the gloves or try to get under the skin of other people who is also able to score as well.

It will be rare for Armstrong to receive playing time on the top-line but he does have the potential to be a second line winger on a team like the Maple Leafs, who are still lacking offensive skill.

However, a bottom six role would still be more suitable for a player like Armstrong.

The Maple Leafs are not done yet when it comes to improving their club, and there are still many free agents out on the market who could fit in well with the Maple Leafs.

Raffi Torres is one of those players.

The one thing that Brian Burke has to be careful with when negotiating with Torres is that he does not over pay him. Playing on their third or fourth line, Torres can be a very useful player.

Some general managers have made the mistake of signing him for too much money.

When put together, Torres, Colby Armstrong, and Christian Hanson would make a great third line. Hanson does not have much of an offensive upside, but can chip in offensivly when needed. Armstrong and Torres both have the ability to score, but, like Hanson, are better when they are placed in checking roles.

If Torres is not brought into Toronto, than Brayden Irwin would be the best candidate to play on the third line with Hanson and Armstrong. Irwin, a native of Toronto, played in two games last season collecting no points while posting an even +/- rating.

With that being said, a line of Hanson, Armstrong and Torres or Irwin could make a very productive third line.

If Irwin does not make it into the lineup, than the American League would be the best option. Since Irwin has only had a small taste at what the NHL is really like, it wouldn't hurt to allow him time to develop.

Newly acquisitions aside, there are players who are on the roster who also have considerable talent.

While Bozak, Kessel, Hanson, and Sjostrom have all be mentioned, Nazem Kadri, Nikolai Kulemin and Mikhail Grabovski have not.

Nikolai Kulemin was considered to be one of, if not the, best two-way forwards on the Maple Leafs last season. Kulemin tallied 36 points in 78 games last season with an even +/- rating.

Grabovski, meanwhile, was very selfish at points last season, choosing to keep to puck and attempting to make plays himself rather than passing it to a fellow teammate and heading up ice.

Nevertheless, Grabovski still managed to score 10 goals and tally 25 assists in 59 games last season. He will make $2.85 million next season and $3.10 million the following season before becoming an unrestricted free agent.

Nazem Kadri was selected seventh overall by the Maple Leafs in 2009 and had a small taste of the NHL last season. The 6'0" 167 pound centre is expected to be playing for the Maple Leafs this coming season and contribute largely to their offensive plans.

He would be a great fit playing between the speedy Grabovski and Kulemin on the second line.

Kulemin, Kadri and Grabovski are still young and have a lot to learn.

If Kulemin can help teach Grabovski and Kulemin play better on their own end and Grabovski can teach Kadri some of what he knows, then the three of them could make a great second line.

Luca Caputi is a young forward and the main part in what the Maple Leafs got in return for Alexei Ponikarovsky. In 19 games with the Leafs last season he scored one goal and five assists.

If he is placed with an energetic, hard working player like John Mitchell, then he could easily work his way up the depth charts. For now, he and Mitchell are more likely to take on a fourth line role.

Fredrick Sjostrom would be the most practical player to put on the right side of the fourth line. With very little ice time, Sjostrom is great at blocking shots and injecting energy into a lineup.

As you may have noticed, there are players missing.

Mike Brown and Jay Rosehill and Colton Orr are all absent.

Mike Brown was acquired during the draft from the Anaheim Ducks for a draft pick. Brown is not a substantial NHL player, nor will he be.

The 25-year-old scored six goals, adding one assist in 75 games. The season before that he scored two goals in 28 games with just one assist.

Brown will most likely be a healthy scratch most nights and a fourth line player when he is in the lineup.

Jay Rosehill is more of an enforcer than anything else.

With Colton Orr already playing on the Maple Leafs' fourth line and the team having an extra forward on their roster, the chance of Rosehill being in the lineup for 35 or more games is very small.

Rosehill does have a shot at being on the roster as a healthy scratch, however.

Unfortunately for him, the more likely thing to happen would be him playing in the minors.

Colton Orr, also an enforcer, makes much more money than Jay Rosehill and is the older of the two. With that being said, Orr would most likely be chosen by the Maple Leafs over Rosehill. Expect Colton Orr to play about 40 to 50 games next season, being a healthy scratch on other nights.

So to recap, here is what the Maple Leafs depth charts should look like come September, assuming they do sign Raffi Torres.

Be sure to check out Buds In Blue by going to www.budsinblue.wordpress.com for  more in depth analysis and opinion. You can also follow Buds in Blue on Twitter @lukas_bib for even more up-to-date information on your Toronto Maple Leafs! 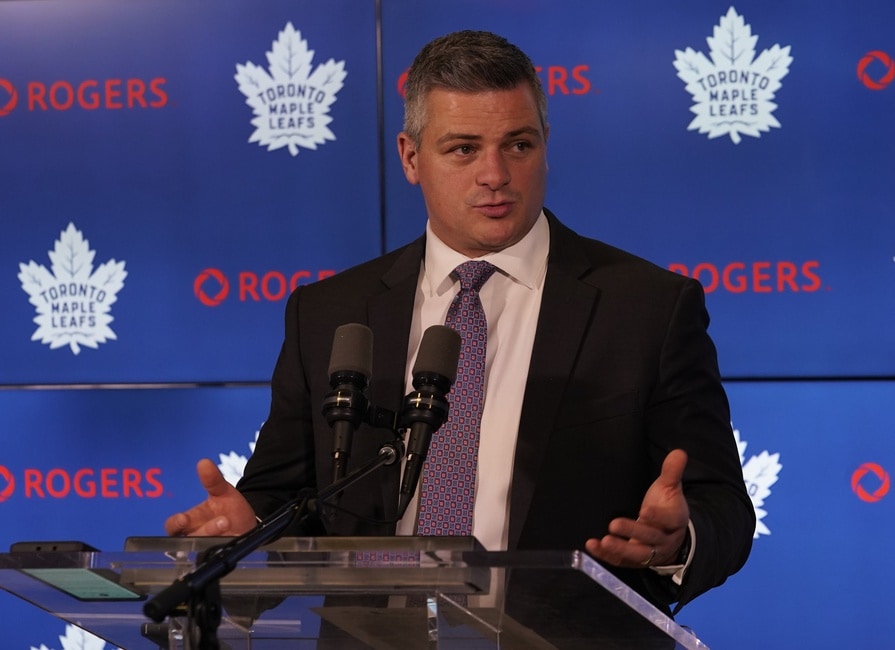 How does the Maple Leafs blueline stack up against the Blue Jackets blueline?

How does the Maple Leafs blueline stack up against the Blue Jackets blueline?