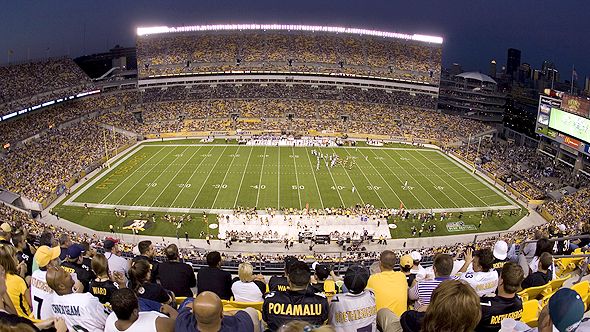 The NFL Network recently did their top 10 home field advantages of all time. That made me decide to do my own list. The only difference is that it's top five and it's not all time. It's from 2005-present.

As a heads up, Heinz Field is not first on the list. I'm going to give everyone a hint and say it's a rather more special place. I was going to use a pun, but it would give away the field.

Before we begin, I want to thank everyone for the support they have been giving me on these slideshows. Your compliments are well appreciated.

As a bonus, I've decided to turn this into a little field trip. I give hints as to where we're headed at the end of each slide. Now, I've kept you waiting long enough. Lets start with the field that rhymes with west. It's... 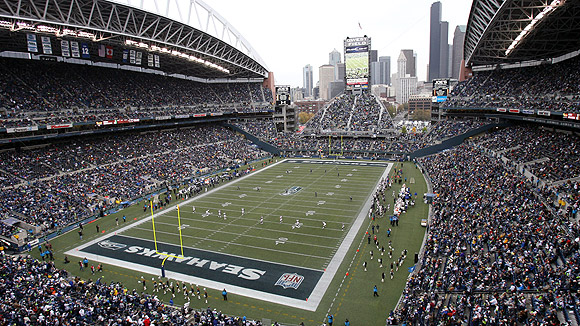 Home of the 12th man. For those who don't know who the 12th man is, it's the 67,000 screaming Seahawks fans. They especially came in handy during the Seahawks' Superbowl season. Because of the fans, the Seahawks were No. 1 in the league for the most false starts by the opposing offense.

Even though it's outside, the stadium was built to keep the noise in. Do you see the curves of the stadium in the picture? That's how all the sound stays in. So it's basically as loud as a domed field without the dome. Put this all together and you have an ear shattering experience for the visiting team.

So with all of the above mentioned, this noisy stadium is good for fifth on my list. I hope you guys like razors because we're traveling east to... 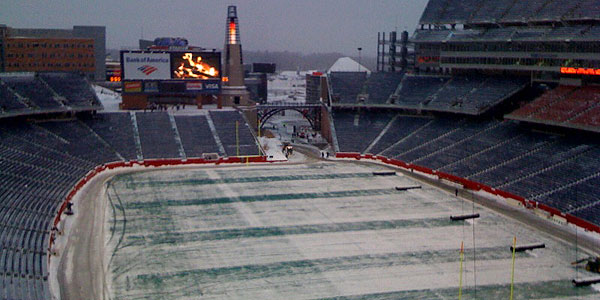 Probably not what you expected to be my No. 4 pick. But you have to admit coming here to play Tom Brady is never an easy thing. Brady is easily the best QB when it comes to playing at home.

This may be because Gillette Stadium is cold, snowy, windy, and rainy, especially in the latter parts of the season. It has to work in the home team's favor.

Now some of you may not like this but the referees play a big part as well. The Patriots do not get a lot of calls called against them and calls seem to fall in their favor. Two perfect examples are the Tuck Rule and when a Ravens player hit Brady in his knees.

Pack your bags because we're traveling west toward... 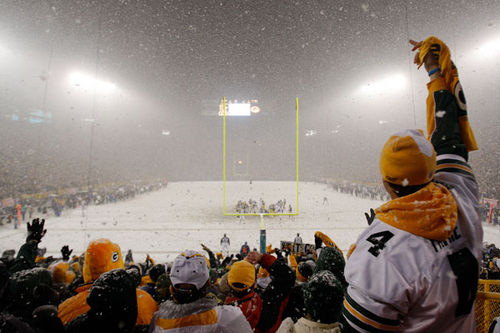 Brrrr! It looks cold. I've always wondered how Packers fans manage to have that much energy in the cold. Well it's no day at the beach for the visiting team either.

I know from experience that playing football in the snow is not easy. The ground feels like concrete, your fingers get numb super quick, visibility is minimum, and the ball gets hard as a rock.

This is what Lambeau Field is like. Opponents dread coming here. Not only do they have to put up with the elements, they also have to deal with a team that is used to playing in inclement weather and knows how to beat them.

This just spells advantage Packers and because of that, Lambeau Field is fourth on my list. Now I hope you guys like ketchup because we're traveling southeast toward... 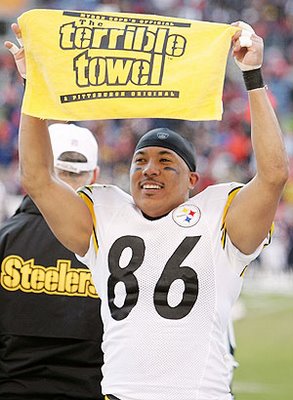 Well it is Heinz field and his name is Hines so I guess it's his field. Hines Ward represents everything the Steelers are, tough. Coming into their field is never a good experience.

It's a stadium packed with 65,050 fans waving their terrible towels. The towels are supposed to bring the Steelers good luck. They only do bad when it's disrespected. Just ask the Titans or TJ Houshmanzadeh for more info.

Not only do they have the towels, their out door stadium brings in strong wind gusts that makes kicking a field goal a lot harder, especially near the open end of the field.

What this field isn't known for is a good playing surface. When it gets cold and rainy, the grass makes for a downright miserable field to perform on.

I hope no one's afraid of heights because we're traveling west toward... 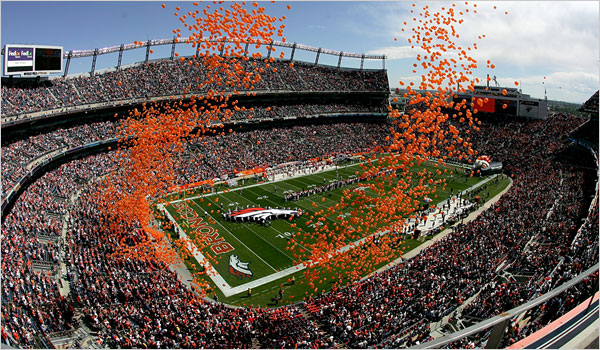 No question that this field should be No. 1. No other team in the league has an advantage like the Broncos. Playing one mile in the air makes it difficult to breath, and that's the ultimate homefield advantage.

No problem for the Broncos of course because they get used to it. Unfortunately the same can't be said for the opposing team. It takes a long time to adjust to the high altitude and for some players they can't adjust at all.

It especially affects people who already have some type of breathing problem. For example Steelers FS Ryan Clark suffered some type of bad reaction to the atmosphere in '05 and had to have his spleen removed and almost died. He had to sit out when the Steelers played the Broncos last year.

Because of the air, this is why Invesco Field has the best homefield advantage. For my honorable mention, lets go to a stadium where it's "SUPER" loud. Give it up for the... 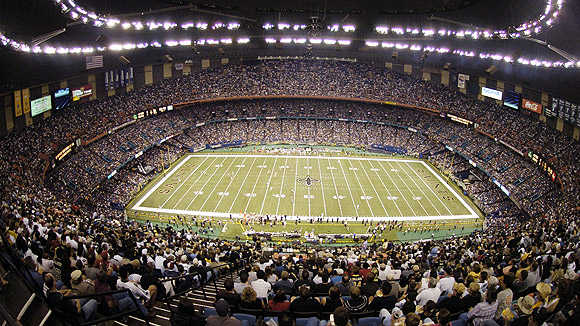 The Saints' Superdome gets the honorable mention because this place really came alive this year. It was so loud, the Vikings had to wear earpieces when they played the Saints. I don't expect their plug to be pulled soon, especially now that the Saints are Super Bowl champions. 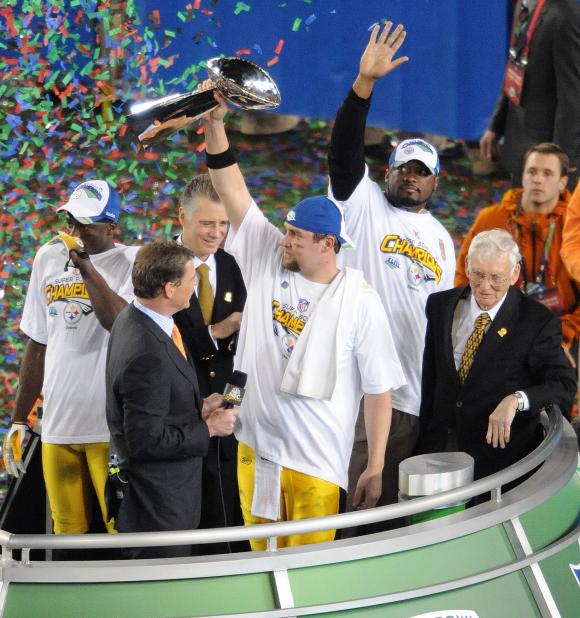 This is the end of our field trip. Tell me what you thought of it in the comments.