In ten straight meetings, the Tampa Bay Lightning had lost to the New Jersey Devils. Last night, it appeared the streak would be over as the Lightning built a 3-0 lead against the Eastern Conference's best team. Then, someone pulled the plug.

The Prudential Center, home of the Devils, went dark as a circuit breaker failed, causing a bank of lights to go out with 9:12 left in the second period. After a delay of nearly two hours, the game was called by order of Commissioner Gary Bettman at 10:07 when it was determined that the lights were not going to come back on.

The great start against the Devils was encouraging for the Lightning, who lost the first game of this three game road trip 5-3 to Buffalo.

"Things happen," Lightning coach Rick Tocchet said. "It's not nature. It's just something that happened in the building. Yeah, you're frustrated cause your up 3-0, but they have to go to Montreal. There is no advantage for anybody. It's more a thorn in everyone's side. The best thing is to get this done as soon as possible."

"Obviously the Devils feel bad about it, it's tough on the fans, it's tough on the players and coaches, but sometimes things happen and we'll all move forward," Lightning general manager Brian Lawton said. "We'll see what the final word is from the league here, it's up to them to determine what course of action will prevail here."

Both teams were on the front end of a back-to-back situation and Tocchet would prefer the game be completed on Sunday as neither team would play again until the Devils took the ice on Tuesday.

"The sooner the better, to be honest, for the integrity of the game," Lawton said. "There are trades and injuries and things like that."

The league has not yet set a time for the game to resume, but it will be played from the stopping point.

In an official statement from the league, "As the teams do not have future games scheduled against each other, a new date for the completion of the contest will have to be determined. Play will be resumed from the point at which play was stopped."

Hopefully for the Bolts, the lights will continue to go on their offense as they head to Philadelphia to take on the hot Flyers. 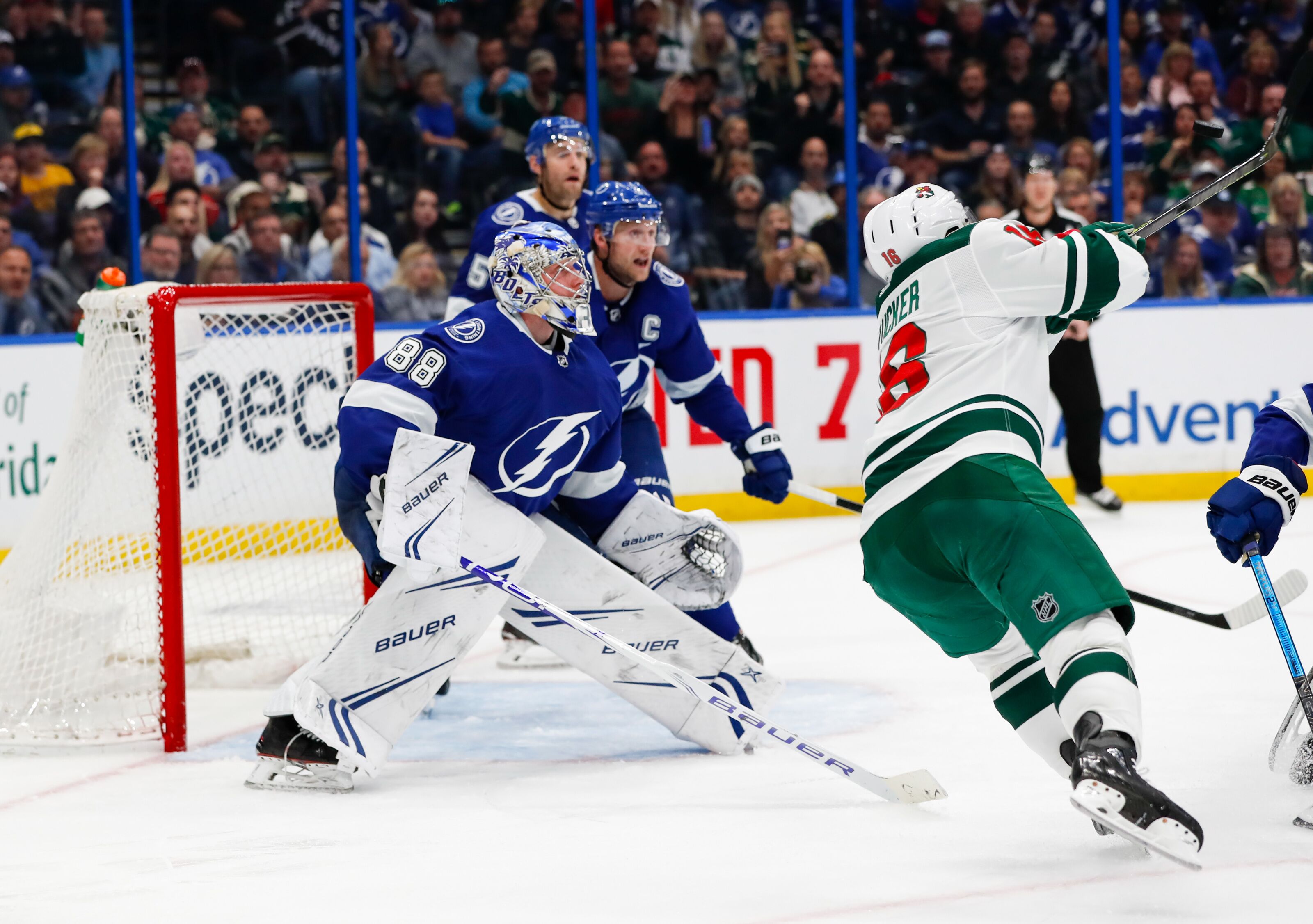 Is Boudreau on the Hot Seat with Wild? Is Boudreau on the Hot Seat with Wild?

Coach of the Decade: Joel Quenneville

Coach of the Decade: Joel Quenneville