All 22 teams in the NBA bubble in Orlando, Florida, are still getting back into the swing of things after more than four months off.

The rust was evident on the opening night of the restart. Both the Utah Jazz and New Orleans Pelicans finished with 20 turnovers apiece, and Utah still managed to claw out a win despite shooting just 8-for-34 from beyond the arc.

Things were just as clunky in the nightcap between the Los Angeles Clippers and crosstown rival Lakers. The Clippers also committed turnovers, and the contest was rife with fouls. The Lakers shot below 40 percent from the field, with LeBron James shooting just 6-for-19 on the night.

But most teams, notably the Lakers, seem to be sticking to their routines.

Joe Vardon of The Athletic reported a number of teams canceled scheduled practices for Friday. As for the Lakers, Vardon reported L.A. has begun scrapping pregame shootarounds.

Although Vardon opined the Lakers avoid organized shootarounds so as to limit media access, a team source indicated James and Anthony Davis have no interest in that kind of pregame structure. The source said James and Davis "kick ass" without shootarounds, and the team has not felt a need for an organized activity. 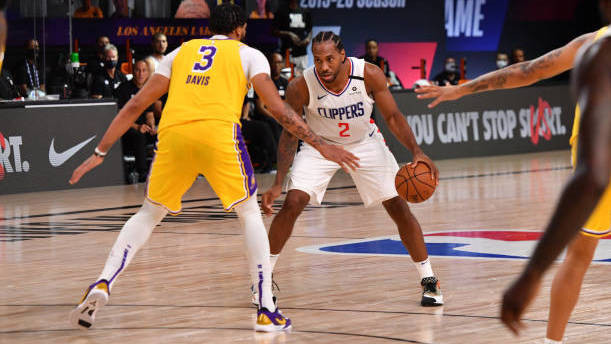 Maybe James will start getting extra shots up after a poor shooting performance in the opener. But Davis already appeared to be in midseason form.

The Defensive Player of the Year candidate was dominant Thursday night, pouring in 34 points in 35 minutes while also getting to the free-throw line at will. Davis finished the contest 16-for-17 from the charity stripe, consistently getting into the paint and drawing contact. He also chipped in eight rebounds and four assists.

There were other encouraging signs for the Purple and Gold. Third-year swingman Kyle Kuzma continued his strong run of play from the exhibition games, scoring 16 points on 4-for-7 shooting from beyond the arc.

Kuzma embraced his role as a spot-up shooter, hunting threes on the perimeter and not settling for midrange jumpers. He also showed a heightened level of activity on the defensive end, finishing the contest with a plus-12 plus-minus.

Dion Waiters also had a strong game in his official Lakers debut. The former No. 4 overall pick struggled from deep (making just one of six attempts) but made all of his two-pointers and was plus-17 for the game, the best mark of any player from either team.

Granted, the Lakers also had the luxury of playing a Clippers team without Montrezl Harrell, Lou Williams, Ivica Zubac and Landry Shamet. Head coach Frank Vogel acknowledged his team has a "lot of work to do" to get back up to speed, per Mike Trudell of Spectrum SportsNet.

Still, the win should serve as a confidence-booster in what was a potential preview of the Western Conference Finals and also puts Los Angeles in the driver's seat for the remainder of the seeding games.

The Lakers can clinch the Western Conference with a win over the Toronto Raptors on Sunday and are in good position to ease their way into the playoffs. But it would not be a surprise to still see James and Davis play a heavy dosage of minutes.

After all, this L.A. squad is all about sticking with what works, even if it means skipping shootaround.

All stats obtained via Basketball Reference unless otherwise noted.