Davis explained to ESPN's Dave McMenamin how playing alongside someone who's enjoyed such consistent high-end success has helped him grow as an NBA player.

Davis spent his first seven seasons with the New Orleans Pelicans. While he enjoyed plenty of individual success, including six All-Star appearances and three first-team All-NBA selections, the franchise only won a single playoff series during his tenure.

His blockbuster trade to the Lakers in July transformed the team, which posted a 37-45 record amid injury woes during the first year of the LeBron era, into an instant championship contender.

L.A. lived up to the hype before the season was halted March 11 because of the coronavirus pandemic. It posted a 49-14 record, the best mark in the Western Conference, and clinched a playoff berth heading into the shortened eight-game finish to the regular season at the Disney World complex in Orlando, Florida. 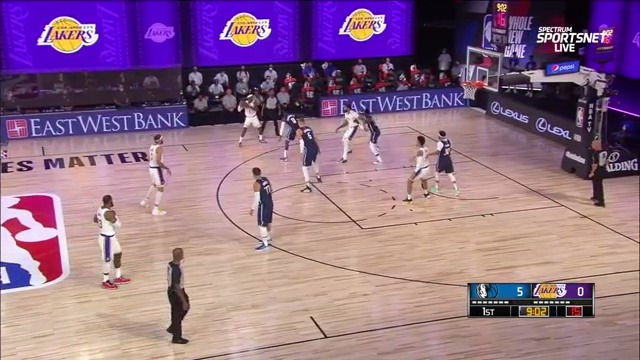 He's listed as questionable for the Lakers' first game of the restart Thursday night against the rival Los Angeles Clippers after being poked in the eye during Saturday's scrimmage with the Orlando Magic.

"That's the plan," Davis told reporters about playing after taking part in Wednesday's practice. "I'll get evaluated again tonight by one of the doctors here and kind of get an update from them. That's the plan, for me to play."

The Lakers will probably be cautious with both James and Davis early in the restart.