The NBA is looking to have a second NBA bubble in Chicago that would include the eight non-playoff teams uninvited to the league's official restart in Walt Disney World in Lake Buena Vista, Florida, per ESPN's Jackie MacMullan.

The Golden State Warriors are one of those teams, but veterans will not be taking part in any activities related to the NBA's proposed plan, per David Aldridge of The Athletic, who said Golden State would "treat the Chicago tournament much like it would an entry in the Vegas Summer League, with young players on the court and the team's younger assistants running the show."

That report came amid an interview with Warriors head coach Steve Kerr, who said his team would go along with the NBA's plans but that the Dubs would prefer an "in-market" or "week-long" training camp."

"That is the most preferable scenario for us, and for, frankly, I think, for most of the teams," Kerr said. 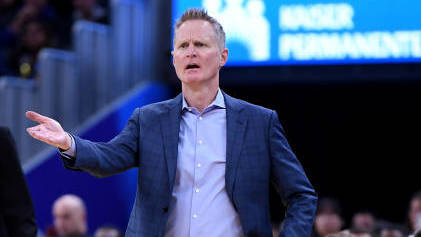 MacMullan reported the following on Thursday, July 2 regarding the bubble parameters:

"The NBA is in deep discussions on a second 'bubble' in Chicago for the eight teams that were not invited to play in Florida, enabling them to participate in a mini-training camp and subsequent games against other clubs with a target date of September, sources told ESPN on Thursday.

"The details are still being hammered out, and teams continue to push for an alternative plan that would enable them to hold mini-camps within their local markets and to explore the idea of establishing regional sites where teams could scrimmage against each other."

Nothing is official yet, but if the bubble plan comes to fruition, then that should only help the league's endeavor to return to normalcy between March 11, when the NBA shut down because of the COVID-19 pandemic, and December, when the league looks to start its 2020-21 season.

Those eight teams did not earn a trip to Florida by virtue of being more than six games outside the top eight in their respective conferences.

The bubble should only be beneficial to the teams' younger players, some of whom are looked at as the cornerstones of their franchise's present and future (e.g., Trae Young and John Collins of the Hawks, the Knicks' RJ Barrett and the Cleveland Cavaliers' Collin Sexton and Darius Garland).

Playing in games that count would obviously be ideal, but this is likely the next-best option if internal training camps at facilities are off the table.