Patrick Mahomes and the Kansas City Chiefs shook not just the NFL but also the sports world Monday by announcing their 10-year, $450 million partnership, the richest deal in North American sports history, per ESPN's Adam Schefter.

Mahomes will be under contract through 2031, five years longer than any other athlete in the NFL. And yet, no other player is more deserving. He is an MVP and a Super Bowl champion, and he's already leaving his mark on the NFL record book.

But this got us thinking. Who in the NBA would be worthy of such an earth-shattering, maximum-level investment? Who can we expect to have a long career and to perform at an All-NBA level over the next decade?

Below are the names that came to mind. Hit the Bleacher Report app to share your list. 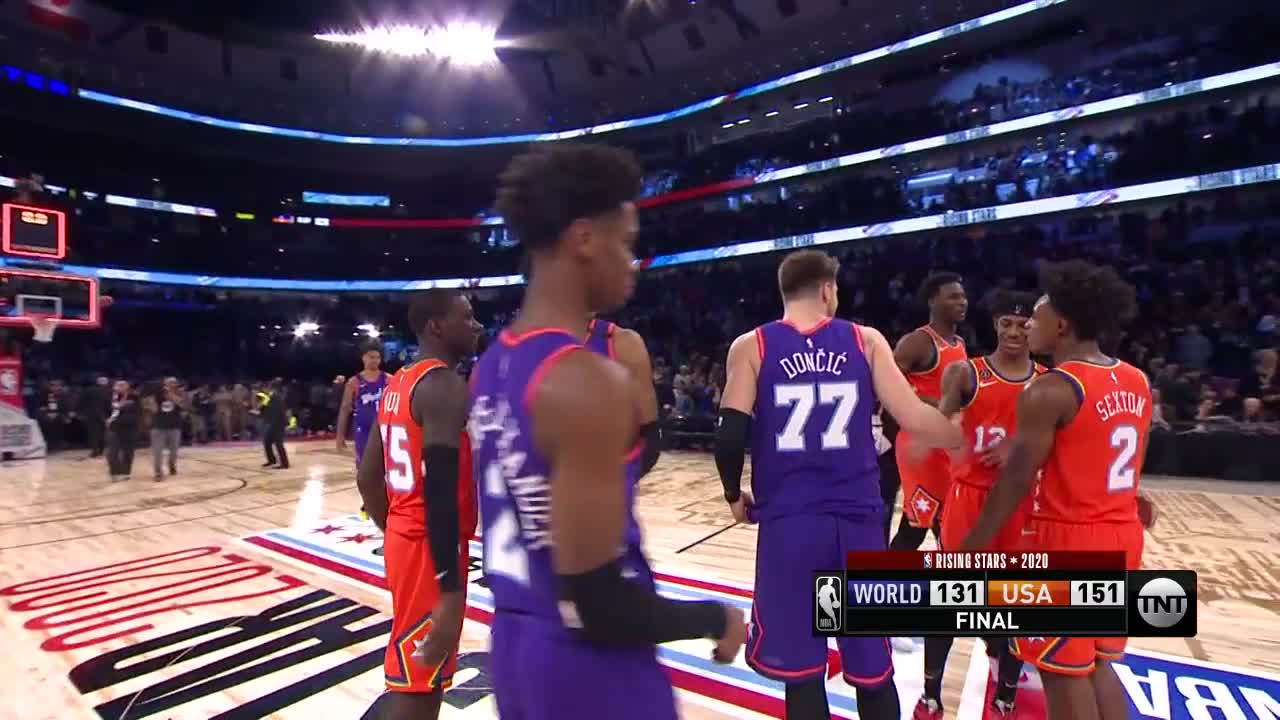 The 2019 No. 1 overall pick is an obvious candidate. At just 20 years old, Zion Williamson is the second player in NBA history to collect 23 points and six rebounds per game while shooting 55 percent—Shaquille O'Neal is the other.

But Zion isn't just a stat-stuffer. His impact was decisive, as he makes the Pelicans 12.2 points better per 100 possessions. He has taken center stage with force, regularly attacking some of the most renowned bigs in the game in Anthony Davis and Giannis Antetokounmpo. And he still has plenty of room to grow.

Williamson's jump shot and handle are a work in progress, as is his recognition on the defensive side. In fact, he registered in just the 23rd percentile in rim deterrence and just the 52nd percentile in rim contests per 75 possessions, according to BBall Index.

Despite all this, the Pelicans rank in the 95th percentile on defense with Williamson on floor, holding opponents to just 103.9 points per 100 possessions.

Plus, he has made the Pelicans an international brand. From nationally televised games to deals with Mercedes, Nike, Gatorade and nearly a dozen others, Williamson has brought attention to a city that's lost two franchise icons to Los Angeles in the past 10 years.

His long-term health is a concern given the knee injury that kept him from debuting until late January and his 6'6", 284-pound size, but that is the only thing that could prevent Zion from being the next face of the NBA. But based on what we've seen so far, it'd be well worth the risk.

Relative youth is a prerequisite for any hypothetical 10-year contract. Jayson Tatum, 22, checks that box. A decadelong pact would take him through his early-30s, aligning quite nicely with his prime.

This is more so a question of whether that prime is worth being tethered to from start to almost finish. And it is.

So few players are as comfortable generating offensive looks out of nothing. Tatum's escape-dribble three has become one of the league's deadliest weapons on the more glamorous end, and he's recently reached the rim enough that his game no longer feels like it stalls before the basket. And while his defensive role isn't the most exhaustive, he provides help at an All-NBA level.

Tatum's next frontier is playmaking. Can he have that Kevin Durant-like awakening? We can't be sure. It feels like he can. He's shown the capacity to make more complicated passes.

Even if he never makes a significant leap as a facilitator, his game stands to age far better than those of Giannis Antetokounmpo or Zion Williamson. He spent a good chunk of his rookie and sophomore seasons gorging on assisted threes and buckets in transition. If his star at all burns out over the next decade, there's a layer of plug-and-play to him that many of his peers just don't have.

In 2013, LeBron James called Allen Iverson "pound for pound, the greatest player ever."

While Atlanta Hawks guard Trae Young has about an inch and 15 pounds on the former Philadelphia 76ers All-Star, four-time scoring champion and 2000-01 Most Valuable Player, Young is a modern-day Iverson.

Already an All-Star in his second year, the 21-year old just needs a little more experience and a better roster around him. Young can power an offense by himself, especially impressive for a 6'1" guard who weighs in at 180 pounds. It took a handful of years before the Sixers found the right balance of defenders and complementary scorers around Iverson to advance to the 2000-01 Finals.

At a minimum, such an investment in Young would give the Atlanta Hawks their marquee name for the next decade and a chance to beat any team on a given night. With some wise roster moves, Atlanta and Young could be a perennial playoff contender in the Eastern Conference through the 2020s.

Whenever you're handing out a long-term contract, there's some worry the last few years will be dead weight. You want to pick a player who's old enough to have proved what he can be but young enough that a 10-year contract won't take him into the range when most players retire.

Giannis Antetokounmpo fits squarely into this time frame. At 25 years old, he is the reigning MVP and highly likely to win the award a second year in a row. That's the same age LeBron James was in summer 2010, after which he won two more MVPs and made eight straight Finals.

Giannis is not only arguably the best player in the world today, but he's also shown a consistent willingness and motivation to get better. That won't go away as he hits his physical peak over the next five years, and his playmaking ability will allow him to age gracefully much in the same way James has.

I'll take that bet every time.

A 10-year contract for Memphis Grizzlies phenom Ja Morant may not be long enough, as he'd be only 30 years old when it expires.

Running away with the Rookie of the Year award, Morant is already leading the surprisingly good Memphis Grizzlies in scoring (17.6 points per game) and assists (6.9) while posting an efficiency rating rarely produced by young guards. Before Morant this season, the only guards in history to average at least 17 points on 49 percent shooting or better before turning 21 were Magic Johnson and Michael Jordan.

Morant has the athleticism of a young Russell Westbrook and is able to break down opponents on the wing before driving into the paint and dunking on those foolish enough to try to block his shot. During the hiatus, he added 12 pounds of muscle on what was a 174-pound frame, making Morant better able to absorb contact.

There are plenty of young talented guards in the league, but few have made as big an impact on winning as Morant. While Memphis was thought to be one of the NBA's worst teams after it traded Mike Conley last offseason, Morant has the Grizzlies in eighth place in the loaded Western Conference. This is especially impressive considering they have the youngest roster in the NBA but zero players with All-Star experience.

At age 20, Morant already combines the talent, leadership and athleticism teams crave and would gladly pay for with a 10-year (or longer) contract.

Here is a list of players 21 years old and younger who have averaged 28 points, nine rebounds and eight assists in a season with a true shooting percentage above 58: Luka Doncic.

He's one and only. And when you expand that list to players of all ages, he and Oscar Robertson still stand alone.

More importantly, he's already having a massive impact on winning. His plus-4.4 on/off rating split (83rd percentile) suggests he is already making a good team better when he's on the floor, and through 67 games this year, the Mavericks have the best offensive rating of all time with Doncic serving as a lead ball-handler and offensive focal point.

Despite being only 21, Doncic is viewed as a finished product—a polished player without room for upside. While his game is mature, he has plenty of time to improve his shooting, pull-up shooting, defense and reads over the next five seasons.

Doncic is the kind of player who will have a 10-plus-year prime. His game is predicated on touch, feel and IQ rather than supreme athleticism. He's already perfected that old-man game, and it will carry him well into his 30s.

He has multiple MVPs, championships and Finals MVPs in his future and is on track to be one of the greatest players in history.