The NBA's restart is on the horizon as COVID-19 cases rise across the United States (including Florida) and protests for social justice continue nationwide.

Players have the option of sitting out the restart, and Toronto Raptors guard Fred VanVleet thought about doing so before committing to finishing the season, per ESPN's Tim Bontemps.

But it wasn't an easy decision by any means, VanVleet said, noting how the league's planned restart (which has been in the works for months) comes with unfortunate timing amid current events:

"It sucks. It's terrible timing. But that's been 2020 for us. We all know the right thing to do is to not play, to take a stand. Morally, yes, that makes sense. But life goes on. We're all young, Black guys. None of us want to give any money back. I don't think that we should. I think that money can be used in a number of different ways.

"This is not going to end this summer regardless, or over the next couple of months. This issue, racial injustice, social injustice, police brutality, all these things are not ending anytime soon. Our fight was long-term. That was part of my decision.

"But if the league, or more of my guys would have come together and said we didn't want to play, I would have sat out as well. I wouldn't have even fought it. I think most of us decided to play. It's something we'll have to live with. I trust that my heart's in the right place and I'm doing enough to make change."

The league is set to restart its currently suspended 2019-20 season in Lake Buena Vista, Florida on July 30, which will end a 20-week hiatus due to the COVID-19 pandemic. 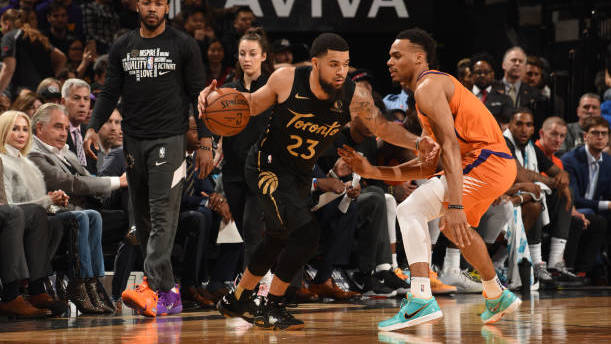 The Raptors are already in Florida practicing in Naples in advance of 22 teams heading to Walt Disney World finishing out the season in a de-facto bubble from the general populace to help protect themselves during the pandemic.

The Raps will play eight regular-season games before the playoffs begin in mid-August. Toronto could be in Florida as late as October 13, which is the scheduled date for Game 7 (if necessary) of the NBA Finals.

"It sounded good a month or two ago," VanVleet said to reporters in a conference call on Monday regarding the league's plans (h/t Eric Koreen of The Athletic). "Not so much right before we got ready to leave."

Another difficult part of the situation is players being separated from their families while in the bubble, although some family members will be allowed to join players beginning Aug. 30 for teams still in the playoff picture.

Still, that means VanVleet and other Raptors won't be able to see their families for two months provided they win their first-round series, which will run in the back half of August.

"I've been gone a week and I miss my kids already," VanVleet said.

Every player has been forced into making difficult decisions amid current events, a fact not lost on VanVleet, per Koreen:

"I definitely respect guys that took the stand to sit out for whatever reason. But my choice was to come play. I'm not right and they're not wrong. It's just a personal choice for everybody.

"I understand that around the league there have been some positive tests and they are trying to get ahead of that now so that when we are actually in the bubble, hopefully everything will be OK. I'm trying to be optimistic about it. It's not the most ideal situation but it's kind of the times we are in. It hasn't been ideal for anyone."

The remainder of the Raptors' season begins August 1 against the Los Angeles Lakers. 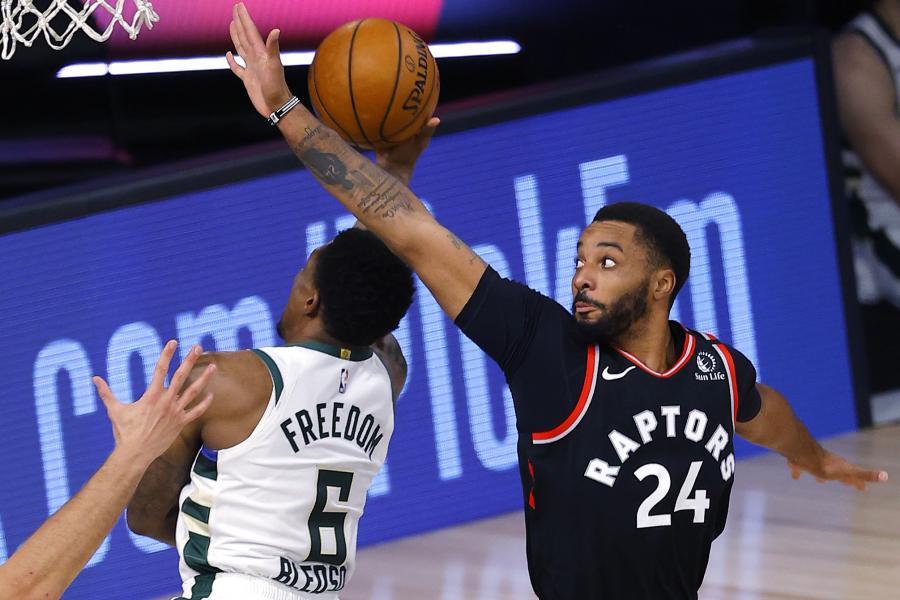