Some of world football's smartest transfer strategies are anchored and driven by data analysis—just look at Liverpool as a prime example of how effective an edge it can be.

The Reds host their own in-house team to crunch the numbers for them, but others look to specialist companies to help them reach conclusions.

Analytics FC are one such company, working with the likes of West Ham United, Leeds United and West Bromwich Albion to answer those types of questions. Partnering with LCP, a leading pensions and investment company, they built TransferLab—a data analysis tool that helps find the perfect profile of player for a team's needs.

AFC have given Bleacher Report access to TransferLab in order to sample this side of football recruitment. Analyst David Carlson talked us through the tool and outlined some of the processes used to whittle the data down into a workable shortlist depending on the task at hand.

Here, we will take a look at cheaper potential Jadon Sancho alternatives for Manchester United should they decide against spending big money on him. They shouldn't, but as B/R's Dean Jones reported, the £100 million valuation would make him a club-record signing during a global pandemic, and it's no done deal just yet. 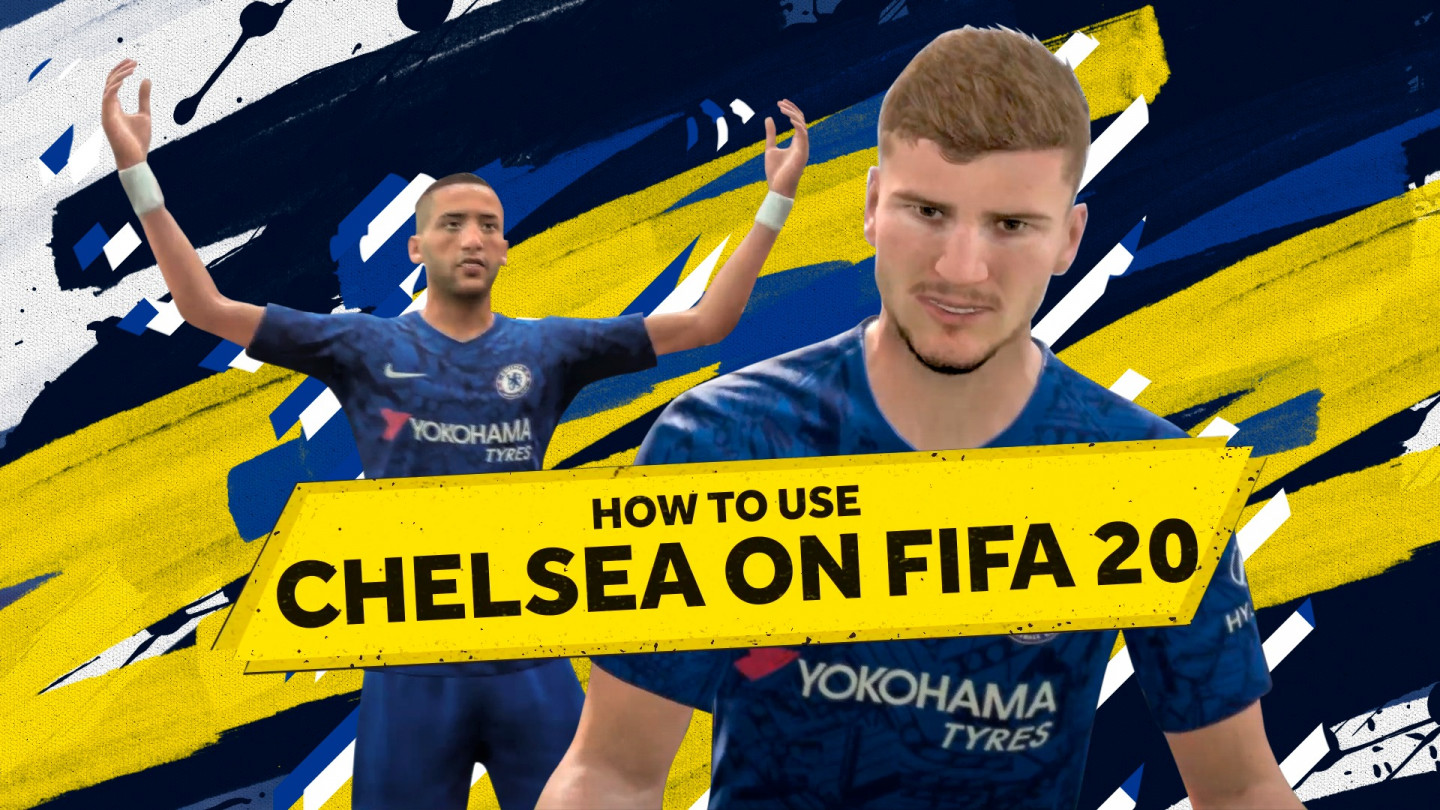 This is Part III in a series; Part I was a search for Arsenal's long-needed defensive midfielder, Part II looked at cheaper alternatives to Timo Werner for Liverpool.

In Parts I and II of this series we could be quite specific about the style and model of player in need, but here we can't be so concrete.

United's somewhat undefined playing style and future tactical plan is a factor there, but there's also the issue of just how very good Sancho is, and this is a point that bears repeating.

He is incredible, and the smart decision this summer is to buy him, whatever the cost, because he's an elite player who's available, and those chances don't crop up that often.

How many players are capable of scoring 20 goals and laying on 20 assists, in a single campaign, as he has done in 2019-20? Lionel Messi, Neymar and Kylian Mbappe can—and that speaks to the level he's at.

Simply put, there's no one else like Sancho (who United can buy), and building a data profile of him only reinforces how far ahead of everyone else he is. What we can do, though, is highlight a range of exciting, talented options in the tiers below Sancho should the £100 million price tag prove too much.

And we can form some basic parameters for our search, leaning on two principles evident in United's recruitment over the last year:

We put some parameters into action in the TransferLab, setting an age limit of 25 and a minimum of 1,200 minutes played over the last 12 months.

We then select the "Winger - Classic Winger" profile and exclude everyone who hasn't played a decent chunk of minutes at left- or right-wing.

It brings up an unhelpfully wide range of players. With no price limit built into the search Mbappe pops up, as do Bernardo Silva and Raheem Sterling, who are all untouchable, plus players who are distinctly un-Sancho-like, such as speedster Adama Traore.

"We need to account for how productive Sancho is in the profile," says Carlson. "Add in a G+A (goals plus assists) per 90 metric, plus cutbacks (quality) too." This helps capture the essence of the 20-year-old better in data, and refines the search to players regularly among goals and assists (or in positions to do so).

Style-wise, the range of players returned is still wide, but it's much closer to resembling a workable shortlist than before. Besides, range is good; we need to consider a variety of different options in light of the fact Sancho is verging on unique.

Once likened to Messi by Mauricio Pochettino, even a cursory glance at Edwards' career path reveals things haven't quite gone to plan for the winger.

But he wasn't the only bright young prospect squandered by Spurs during Poch's reign—the former boss rarely handed minutes to any member of a burgeoning crop, with Kyle Walker-Peters the headline example of how poorly handled some young careers were—and Edwards is fighting back in style over in Portugal.

He has a €15 million release clause, per Football.London—a figure that may have seemed lofty in the summer of 2019, but one year on actually looks cheap. His confidence has grown over the season, his willingness to play up to his incredible potential increased, and all of a sudden we are staring a serious prospect in the face. Again.

As a Tottenham boy, scoring against Arsenal in the UEFA Europa League will undoubtedly have been a career highlight. Turning on a sixpence in the box, he sent a desperate Kieran Tierney packing and struck home.

It was a goal that sums him up quite nicely: His change of direction is incredible; his control and touch brilliant; his finishing increasingly assured. Two weeks later, he scored an even better one, beating three Portimonense defenders before poking home impudently.

He profiles similarly to Sancho both visually and statistically. His short passes, carries, dribbles, touches in box and G+A per 90 scores are all excellent, painting the picture of a neat player in tight spaces who can win one-on-one and create openings. In particular, the high touches in box score is worth highlighting; "it means that, typically, when he touches the ball in the box, a goal, assist or chance created follow" explains Carlson.

All of this is very Sancho, and the two are close from an aesthetic point of view too: They move with the same silk, want to receive the ball in the same way (to feet) and can both use either foot to good effect.

There are two contrasting thoughts that define the discourse over Norwich's position at the foot of the Premier League title.

One discusses the shoe-string budget they're operating on compared to the rest, normalising their status as relegation favourites; the other asks how it's possible for a team that calls on 5-6 players potentially good enough to play for top-half sides can be in such a lowly position.

One of these players is Buendia. He was the heartbeat of the Norwich team that won the Championship in 2018-19 and ranks as their top creator this term, supplying 73 key passes in 22 league starts and sitting joint-fourth in the Premier League assist charts with seven. He shares that rank with the likes of Roberto Firmino and David Silva.

Buendia has the build and style of what you may consider to be more of a No 10 than a right-winger, but Norwich have used him liberally from the right side, and it's worked a treat. He drifts inward anyway, finding pockets of space to dip into and helps his full-back (Max Aarons) defend the flank without question.

He's a very different proposition to Edwards (and Sancho) stylistically; he's way closer to, say, Juan Mata, in that his key quality is passing rather than dribbling (though he's a deceptively good carrier of the ball, it should be noted).

Buendia has every range of pass, long and short, and excels at finding runs in behind with expertly-timed through balls. He drifts into pockets and combines with others in one-two sequences, displays a great weight of pass, boasts ultra reliability in the short game and can retain possession in the final third extremely well—something United lack outside of, well...Mata.

His TransferLab profile highlights all of these things, manifesting in very good short passes, touches in final third, passes into box and dribbles percentile scores. It also highlights an important limitation, though: He clearly does his best work outside the box, offering little goal threat himself.

You may chalk that up to the fact he plays for a poor side, and it should be recognised that Norwich's build-up play is almost exclusively geared towards finding Teemu Pukki in good areas. Buendia, a natural creator, is only too happy to oblige there.

He'd need to develop a more ruthless and selfish side in front of goal to succeed at a club like United, but he's excellent in every other area, just 23 years of age and could become available for an extremely reasonable fee should the Canaries go down.

Torres has been one of La Liga's big breakout stars this season. Replacing Carlos Soler as the homegrown apple of Mestalla's eye, he's carved out a starting role on the right wing for Valencia and shone consistently.

His emergence comes as no surprise—he flashed obvious talent in Spain's youth teams, winning the under-17 and under-19 European Championships—though development paths aren't always straight-forward, as the aforementioned Marcus Edwards can attest to.

Torres represents something of a rarity in the modern game: A right-footed winger who operates off the right flank. That's not to say he can't use his left, or to say he doesn't dip inside to affect play anyway. but in a world of aggressively inverted forwards, he really stands out.

He's a player who is probably best defined as intelligent. Smart decisions course through his game, leading to continuously dangerous situations for Los Che in attack. He has great variety to his play and is able to attack in many different ways. Combined with a high football IQ, it makes him a force to be reckoned with.

He can stay wide and cross from the flank, and his whipped deliveries are always considered and accurate. He can drift inward, pick up pockets of space, wriggle past tacklers and instigate tempo-changing sequences.

What really stands out in his TransferLab profile is his 97th percentile score for expected assists. It's even higher than Sancho's (94th), highlighting just how many goalscoring chances he creates—and perhaps, when that is contrasted with his number of assists (four), pours scorn over the finishing of his colleagues (anyone who took in Maxi Gomez's fortunes in front of goal against Atalanta will be nodding their head in agreement).

Sometimes it's best he takes finishing into his own hands, like he did against Atalanta in the end, chipping the goalkeeper with a glorious effort from 25 yards.

If United are hesitant to spend nine figures on the surefire Sancho, Torres for approximately half the fee (his contract ends in 2021) is the next best option.