Golden State Warriors fans might be eying Memphis center James Wiseman ahead of this year's NBA draft, believing the team needs to upgrade at center, but the Dubs might have other plans.

According to Connor Letourneau of the San Francisco Chronicle, the team is very high on Marquese Chriss:

Golden State views Chriss as a potential franchise building block, whose knack for rim-running, passing and interior defense makes him an ideal fit in its system. The front office is so optimistic about his future, according to multiple sources, that it would be comfortable entering next season with him as the starting center. This makes the Warriors less apt to use an early pick on Wiseman—or any other big man, for that matter—than some pundits might assume.

The 2016 No. 8 overall pick was a bust in two seasons with the Phoenix Suns and in his stints with the Cleveland Cavaliers and Houston Rockets in the 2018-19 campaign, but he's played well for the Dubs. 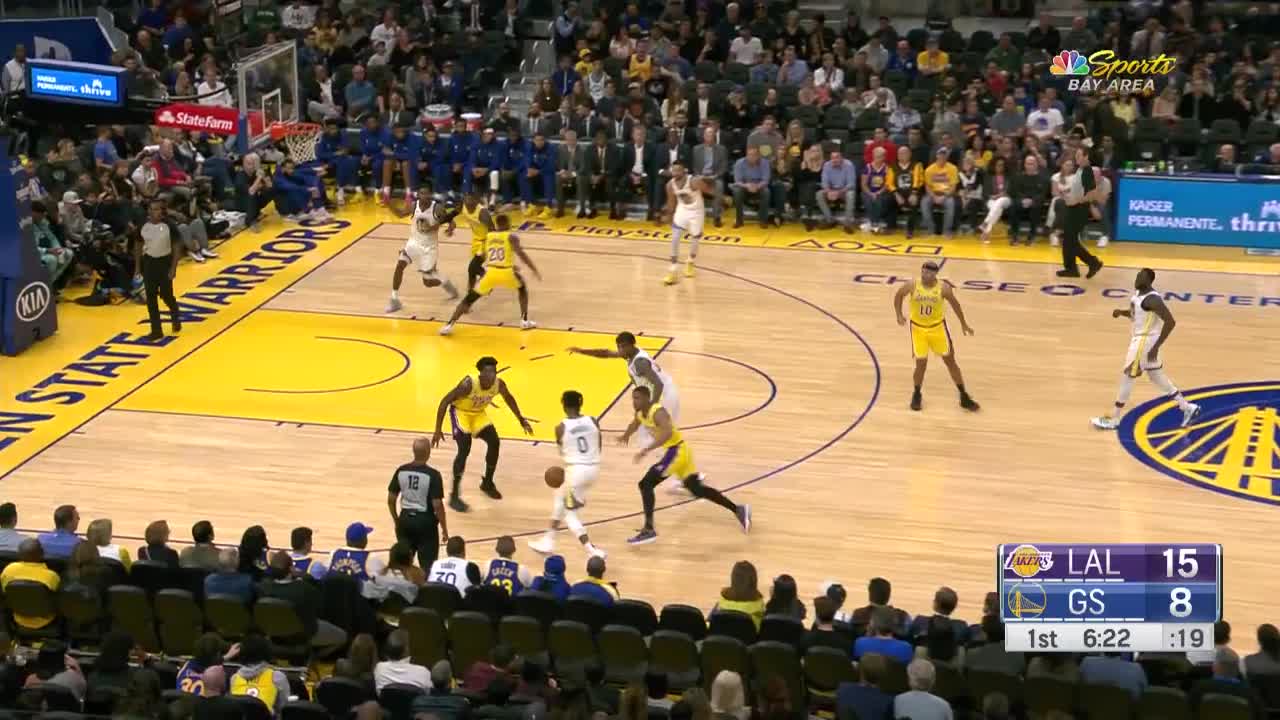 The key difference, as Letourneau noted, was that head coach Steve Kerr envisioned him as a traditional center and played him in that role, rather than trying to play him in the stretch-4 role he played earlier in his career.

His improved play in that more natural role has earned him praise from outside of Golden State. ESPN's Zach Lowe named him a "Luke Walton All-Star," which is "a tribute to guys who fight for their NBA lives before landing in a role that suits them." He wrote that Chriss' passing chops in particular have impressed:

"When the Warriors took a training camp flier on Chriss, they expected a shot-blocking menace with limited feel on offense. They had heard rumblings he could pout, and lose his temper. 'What we got,' Kerr said, 'was the opposite of all that.'

"Golden State often plays through its big men, and it took one practice for Chriss to show he had more passing chops than Warriors brass knew. 'We couldn't believe it,' Kerr said."

Chriss still has room for improvement defensively. He's essentially learning a new position at the NBA level, after all. It wouldn't be surprising to see the Warriors address the position in some way this offseason. But it appears they feel they've found a keeper in Chriss.