Pablo Mari's Arsenal debut earned lavish praise from fellow centre-back David Luiz following the Gunners' 2-0 win away to Portsmouth in the fifth round of the 2020 FA Cup on Monday night.

Mari started the game at Fratton Park, his first senior appearance since making a loan move from Flamengo during the January transfer window. Luiz was left suitably enough impressed to say he's "so happy for Pablo, he’s a great guy, a great player and he had an amazing game," per Simon Collings of the London Evening Standard.

Helping Arsenal keep a fourth clean sheet in the last six matches across all competitions helped the north London outfit rebound after being eliminated from the last 32 of the UEFA Europa League at the hands of Olympiacos on Thursday.

Helping Arsenal reach the last eight of a competition the club has won a record 13 times also quickly endeared Mari to Gunners supporters. They will be hoping the 26-year-old can shore up what has been a shoddy backline for several seasons.

Head coach Mikel Arteta has made getting better defensively a priority. It hasn't been easy, though, with Arteta having to rely on sketchy talent in the form of mistake-prone duo David Luiz and Shkodran Mustafi.

Arteta briefly worked with Mari at Manchester City and knows what the man who helped Flamengo win the Copa Libertadores can do. Mari's performance received a glowing endorsement from Arteta when the latter spoke to the Arsenal official website (h/t Metro): "He is very vocal and very comfortable on the ball, always commanding the back four and he looked like he’s played here for months. I think we have a good player."

For his part, Mari expressed happiness with his debut via Instagram (h/t Football.London's Andy Ha).

Mari getting up to speed quickly can solve a lot of problems for Arteta. As a cultured ballplayer, he will fit the possession-based game Arteta wants, a style based on building from the back.

More important, Mari can become the logical partner for incoming William Saliba. The 18-year-old signed for Arsenal last summer but stayed on loan at Saint-Etienne this season.

Saliba represents a budding star who could become the building block to underpin a finally stable backline.

That's the theory anyway, but if Saliba needs time to adapt to England's top flight, Arteta may need to continue relying on a veteran like Luiz. The former Chelsea man is a proven winner, but he can be guilty of lapses in judgement.

Mustafi is also erratic, despite showing some signs of improvement since Arteta took charge on December 26.

Shkodran Mustafi subbed for Sokratis. Mustafi has been one of Arsenal's best players again tonight and receives a standing ovation https://t.co/ozpNLBK8GE

Options aside from Mustafi and Luiz are thin, with Sokratis Papastathopoulos, a goalscorer as an auxiliary right-back against Pompey, hinting at a possible exit, per Press Association reporter Mark Mann-Bryans (h/t MailOnline). Meanwhile, English duo Rob Holding and Calum Chambers have seen their careers blighted by injuries.

Arsenal's ideal scenario is for Mari and Saliba to become a regular and stable partnership next season. Naturally, it will take more than one promising outing for Mari to rate such an important role in Arteta's rebuild.

The caveats attached to his debut involve Portsmouth playing in English football's third tier. The League One side also left top scorers Ronan Curtis and John Marquis on the bench, eventually only introducing the pair after 67 minutes.

Mari will face tougher tests, but his initial showing offers encouragement for Arteta's plans to fix Arsenal's long-standing weakness. Improving the technique and athleticism at the heart of the back four can give the Gunners a strong-enough base to spark improvement on all fronts next season. 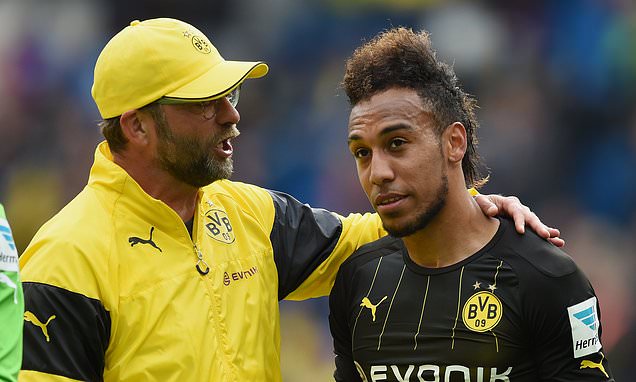 Griezmann's Ex-Coach: He's a 'Caricature of Himself'

'I see him sad, with his head down, running without much sense' 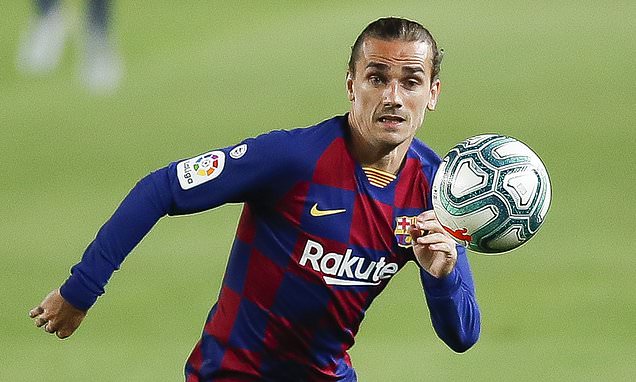 Griezmann's Ex-Coach: He's a 'Caricature of Himself'