Jayson Tatum was unable to lead his Boston Celtics to a win in Sunday's 114-112 loss to the Los Angeles Lakers, but he can at least take solace knowing he impressed the King.

After Tatum finished with 41 points, five rebounds, two assists and two blocks in the loss, LeBron James posted the following message on his Instagram page with a picture of the Celtics playmaker on his left: "That boi to the left of me is an ABSOLUTE PROBLEM!! Keep going #YoungKing."

While Tatum was brilliant, it was James who drilled the go-ahead fadeaway in the final minute to give his team the lead for good on his way to 29 points, nine assists and eight rebounds. Tatum was called for an offensive foul as he rose up for what could have been the game-winning three in the final seconds.

Tatum is just 21 years old, but he and James have already had multiple memorable showdowns.

He famously dunked over the future Hall of Famer as a rookie in Game 7 of the 2018 Eastern Conference Finals, but James' Cleveland Cavaliers prevailed in the decisive battle.

If they are going to meet in this year's playoffs, it would need to come in the NBA Finals. That would be a treat for basketball fans across the landscape if Sunday was any indication. 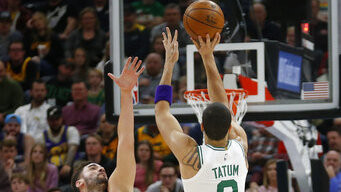 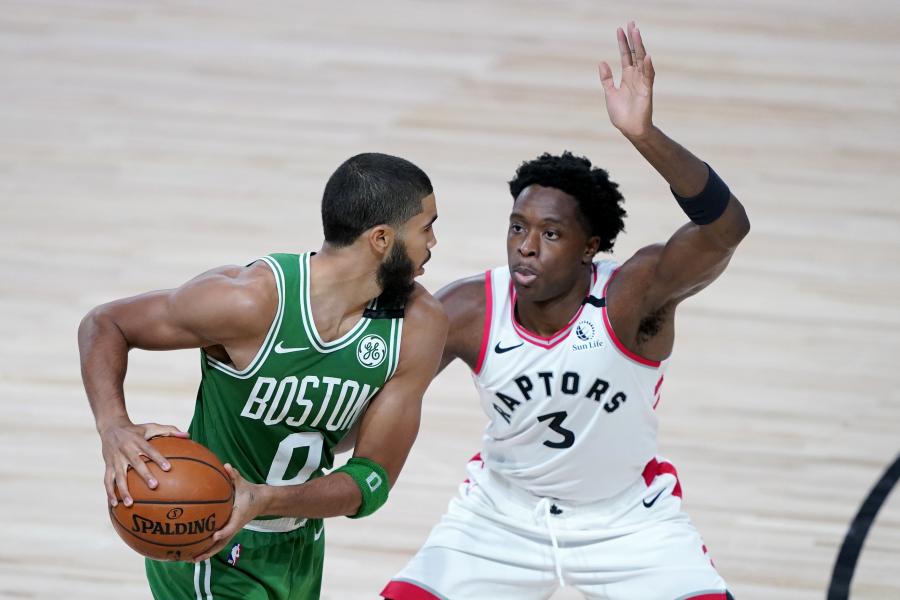