In the age of NBA small ball, the Houston Rockets have taken it to a new extreme.

And general manager Daryl Morey spoke to Jenny Dial Creech of The Athletic about the team's busy trade deadline that saw them move on from center Clint Capela and add wing Robert Covington, going incredibly small with their starting lineup in the process.

"Clint is an amazing player and human and we weren't giving him up unless we felt like it was really going to help us," he said.

But he added that he felt a player like Covington would be a better fit for the team and put James Harden and Russell Westbrook in a better position to win a championship.

"That's what really makes me tick," he said. "Thinking about Harden and Westbrook and the fact that they don't have forever to win a championship and they should win one. So what can I do for them to capitalize on this window of time for them?"

The Rockets are essentially playing the 6'5" P.J. Tucker as the starting center, going with a lineup that also includes Harden, Westbrook, Covington and Danuel House Jr. Covington, a 6'7" forward, is the tallest player among the starters.

But Morey is comfortable with the group he's assembled:

"It's definitely a talking point. But that's who we are now. My job is to win and we are always going to chase whatever gives us the best chance to win. This team is working together, working on key things and [head coach Mike D'Antoni] is leading them in the right direction. It's exciting. Everyone is on the same page. Everyone wants to make this work to win the championship."

The trade was a complicated, four-team deal.

The new-look Rockets are 1-2 since the deal, though Westbrook missed one of those games. One impetus for the trade was that the Rockets had gone 10-1 in games Capela missed, and the team's high-paced style of play should operate even more smoothly without a traditional center in the fold.

Granted, there will also be questions about the team's ability to protect the rim or secure defensive rebounds. Teams with talented bigs will likely pound them relentlessly inside and attack the basket at every opportunity.

But Covington is a natural fit. Defensively, he gives them an excellent wing defender to match up with some of the league's most talented players. Offensively, he's a career 35.8 percent three-point shooter who has never been shy about letting it fly from deep.

"We've been banging on that door for a while now," Morey said of bringing aboard Covington, who spent his rookie season with the Rockets before making a name for himself with the Philadelphia 76ers.

Last week, Morey got his man. Now the question is whether the Rockets are any closer to winning a title. 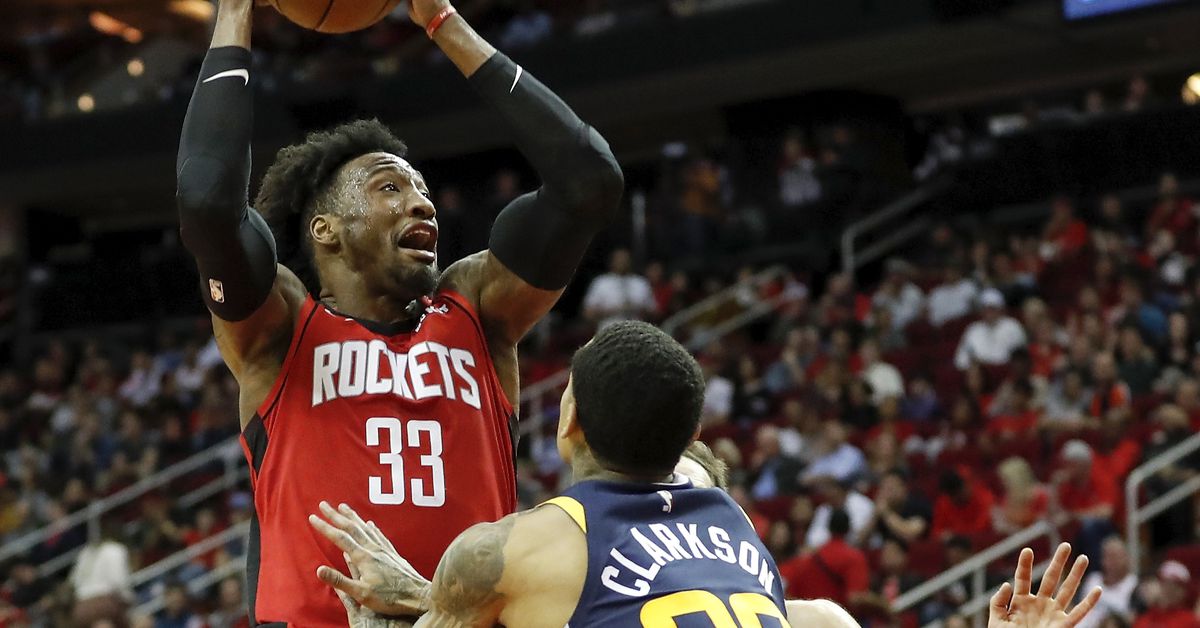