There was a time when a matchup with the Golden State Warriors represented an opportunity for a Western Conference contender like the Denver Nuggets to make a statement. But now, it is typically a routine win against an overmatched squad.

Thursday wasn't routine, though, as Denver overcame a 19-point deficit to defeat the five-time defending Western Conference champions 134-131 in overtime on Thursday at Chase Center, improving to 29-12 on the season with its third straight win. Will Barton, Nikola Jokic and Malik Beasley led the way in a balanced effort, helping their side secure a victory in the first of three matchups between the two teams this season.

As for the downtrodden Warriors, they have lost 10 games in a row and are an abysmal 9-34 on the campaign after Damion Lee missed a potential game-tying three right before the overtime buzzer.

To say the version of the Nuggets on display Thursday was not the one that will take the floor in the playoffs would be a massive understatement.

Jamal Murray (ankle), Gary Harris (adductor) and Paul Millsap (knee) were all sidelined with injuries, meaning the visitors needed a secondary playmaker to fill the void alongside Jokic. That was especially the case when the big man struggled throughout the first half and picked up a technical foul as his frustration grew with turnovers and missed shots.

Michael Porter Jr. was a natural candidate considering he scored 19 points on Wednesday against the Charlotte Hornets and 13 points the game before that against the Los Angeles Clippers.

Will Barton drilled the dagger. Steph's face says it all 💀 https://t.co/cPF5wxiDP1

"I think Michael Porter is the second best player on that team." - Chuck on MPJ (via @NBAonTNT) https://t.co/rsjmy8goNb

However, Barton did much of the early scoring to keep the Nuggets within striking distance before Porter and Beasley took over by drilling three-pointers and attacking the rim off the bounce. Porter flew for an offensive rebound and a critical and-1 in crunch time to give the Nuggets their first lead since it was 3-0 and set the stage for Jokic to deliver.

After Eric Paschall appeared to win it for the Warriors with a three in the final seconds of regulation, Jokic forced overtime with his most important shot of the game as he overcame his slow start and turnover issue (eight on the night).

Paschall gives the Warriors the lead. Jokic ties it! 💥 We’re headed to OT on TNT! 🍿 https://t.co/EA8gM5rlzR

While Jokic came through in the clutch, his supporting cast played the starring role for much of the game.

There will come a time in the postseason when the Nuggets need Porter, Beasley and Barton to deliver in the daunting Western Conference, and they proved they can come through with the game on the line Thursday.

Warriors Turn Back the Clock for the Home Fans

Unlike most teams, the Warriors don't have to turn back the clock far to relive the glory days.

After all, they are coming off five straight trips to the NBA Finals featuring a core comprised of Stephen Curry, Klay Thompson, Kevin Durant and Draymond Green, and they were known for their ball movement, three-point shooting and beautiful offensive basketball that looked like poetry in motion.

While nobody will mistake this season's Warriors for those of the recent past, they did put on a show for the home fans with 12 three-pointers in the first half alone and 20 for the game.

You can not like Draymond and I get it but he is playing his ass off in a lost season. So many other players would think trying hard is beneath them if they had his resume w/ this years roster.

D'Angelo Russell unleashed pull-ups in transition, Paschall rocked the rim with a monster slam, and Green stuffed the stat sheet without scoring much, just as he has done for much of his career. Throw in Alec Burks, Jordan Poole, Glenn Robinson III and Lee drilling three-pointers from the wing, and it appeared as if Golden State would run away with it.

For just a moment, the fans at Chase Center would be forgiven for seeing the ball whip around to open shooters as they thought of Curry, Durant and Thompson on the perimeter.

Despite outplaying Denver for much of the game, though, this season's version doesn't have the overall talent to prevent a late charge. Even though Russell and Lee hit important three-pointers down the stretch of regulation and in overtime, there still wasn't enough firepower to hold off an actual contender.

It was as close to a moral victory as there is in the NBA.

The Warriors host the Orlando Magic on Saturday, while the Nuggets host the Indiana Pacers on Sunday.

Nick’s Nuggets: Five key matchups in Nuggets vs. Clippers Round 2 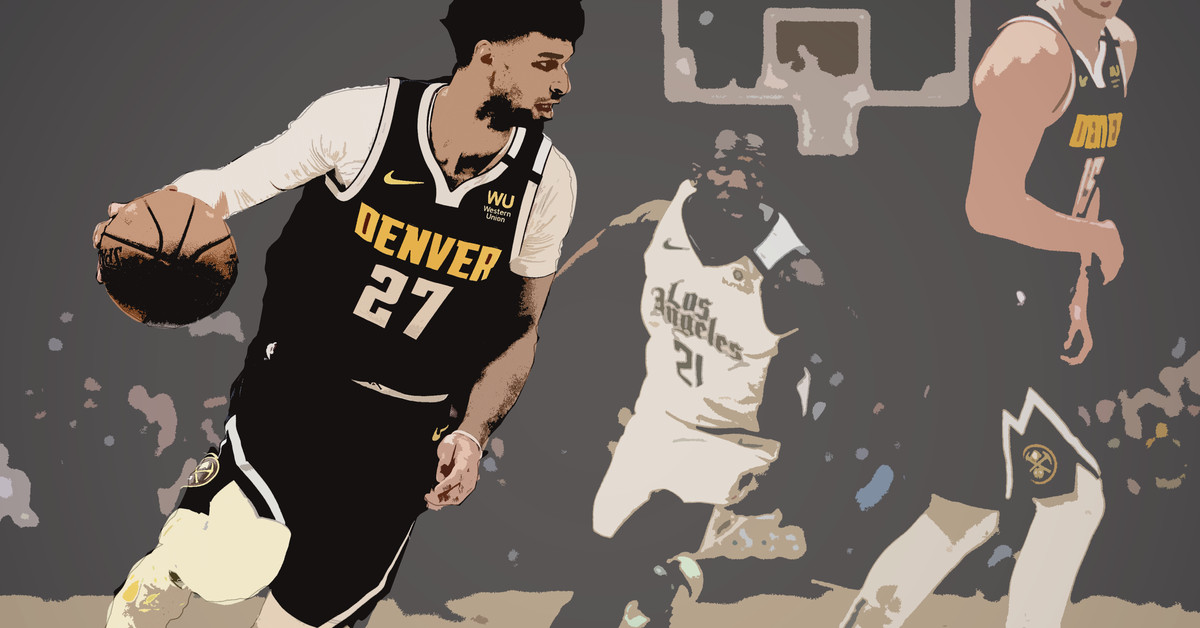 Nick’s Nuggets: Five key matchups in Nuggets vs. Clippers Round 2