Former NFL wide receiver Chad Ochocinco stopped by the UFC 246 main event press conference Wednesday on behalf of B/R Betting to ask Conor McGregor whether he should bet on him prior to his highly anticipated return bout with Donald "Cowboy" Cerrone on Saturday.

It's @ochocinco's first time betting on a UFC match... @TheNotoriousMMA wants Ocho to put his money on him 💰 @br_betting https://t.co/JRAujdB1Hm

McGregor expressed full confidence in his abilities to win and said that he's going for the knockout.

However, it's hard to place money against UFC's 13th-ranked pound-for-pound fighter in McGregor, even if he's been out of the Octagon since UFC 229 on Oct. 6, 2018.

Cerrone won't be a pushover by any means, and McGregor's predicted knockout could be hard to come by against a tough-as-nails fighter with 36 professional wins on his resume.

McGregor is the more accomplished fighter, though, and Cerrone is coming off TKO losses in his last two bouts.

Ochocinco also got a chance to speak with McGregor. The two covered a few topics, including comparing football training camps versus MMA camps and Ochocinco explaining the story behind his last name. 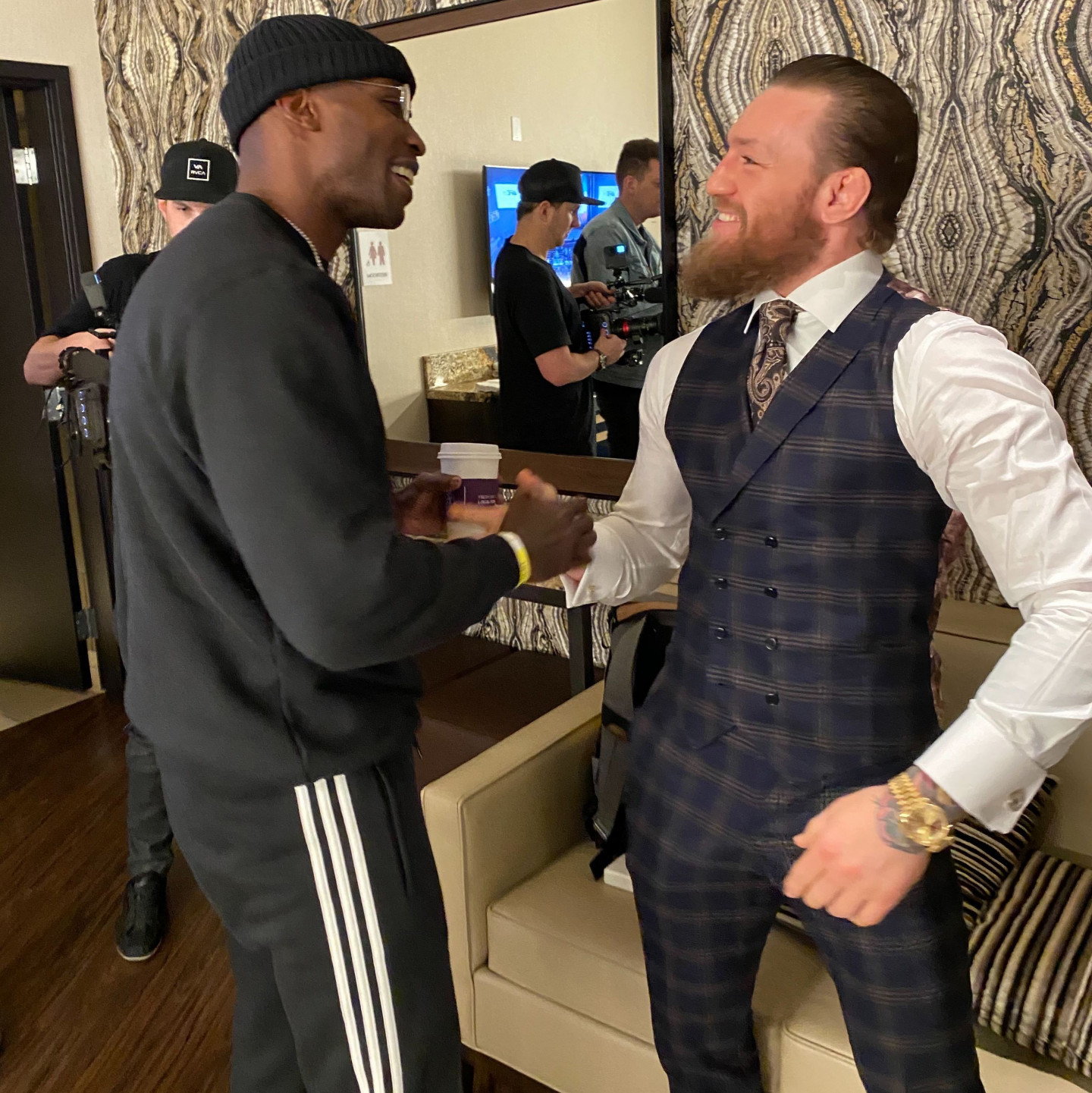 UFC 246 will take place at T-Mobile Arena in Paradise, Nevada.