On Tuesday, it took them to a 97-92 victory over the visiting Denver Nuggets despite a plethora of potential problems.

The starting backcourt combo of Ben Simmons and Josh Richardson misfired on 10 of their 14 field-goal attempts. Al Horford went scoreless in the first half and finished with five more shots (16) than points (11). The entire offense malfunctioned in the fourth quarter, mustering only 14 points and no field goals after Tobias Harris' driving finish over Nikola Jokic at the 4:09 mark.

This wasn't pretty. A lot of Philly's wins haven't been.

Ugly victories count just the same, but this feels more like the Sixers making the best of a tricky situation and perhaps not uncovering the blueprint for sustainable success.

It'll take more than talent for this group to realize its greatest ambitions.

Philly wasn't dealt the easiest hand. The roster turned over significantly this summer, which doesn't always happen after a 51-win season. But maybe the Sixers sensed they were approaching their ceiling or thought the chemistry seemed off. No matter the reason, they moved on from Jimmy Butler and JJ Redick and brought in Richardson and Horford.

Those aren't cosmetic tweaks. It's like demolishing half of your house and relaying that part of the foundation.

The whole family will feel it.

The 2019-20 Sixers have spent only 25 games together. The new starting group featuring Simmons, Richardson, Harris, Horford and Joel Embiid has shared the floor in only 10 games for a total of 113 minutes.

As a unit, this still qualifies as an NBA neophyte. And in that light, it's hard to knock anything about an 18-7 start during which they've compiled the league's seventh-best net rating.

But there's only so long that you can grade on a curve for a club holding championship aspirations and a payroll already slated to be next season's highest.

Talent can only overcome so much, especially when the Sixers probably don't have the league's greatest collection of it.

It doesn't diminish the spacing concerns with this offense. Harris and Embiid are both hitting fewer than 33 percent of their triples, and Simmons' threes—all two of them—are newsworthy for their infrequency.

History suggests that teams need top-10 efficiency marks on both ends of the floor to capture the NBA crown. Philly sits only 15th on offense. Is there enough shooting to support a climb into the upper third? If not, can the Sixers scrounge up enough from the buyout or bargain-trade markets to cover the gap?

Talent also doesn't clean up this group's execution. The Sixers are tied for 26th in turnover percentage. They haven't finished a post-Process year better than 24th.

That lack of ball control is how teams lose playoff games, or if the problem isn't corrected, playoff series. And head coach Brett Brown directly addressed that in mid-November, per NBC Sports Philadelphia's Noah Levick:

"This is what I tell the team: Until we can fix this, this is a house built on sand. It is fool's gold. And we have to find a discipline and a better way to control that. ... We can't fool ourselves — this is a problem. This is a problem. And we need to own it. I'm the head coach, I've gotta find a way to fix it. There needs to be a level of accountability with the players. And that's that. It's not anything that we take lightly — we don't dismiss it. The times are over when you're looking at same of the young guys and you can justify it. You can't do that anymore. It's time that we get better at that. And the players know it. They understand it. But we better fix it."

Embiid and Simmons, the jackpot prizes of the Process, are Philly's worst offenders. They combined for eight giveaways Tuesday and average nearly that many every game (7.2 combined).

Is this a fixable issue? Or is it unavoidable considering that neither is an ideal fit for the other? Simmons works best in the open court, while Embiid does his magic in the half court. They're talented enough to coexist—i.e., trounce opponents by 7.5 points per 100 possessions together—but this will never be the easiest puzzle to solve, even if the combo can produce moments of basketball brilliance:

But it's tough to make this work, especially late in games, as Tuesday's late brick-and-turnover fest highlighted once again.

Glass-half-full members of the Philly faithful might point to all of the moving parts as a reason to remain optimistic with the late-game offense, but the team has more experience than you might think. Only the Oklahoma City Thunder have had more games enter clutch situations—meaning a five-point margin or less in the final five minutes—than Philly's 17.

The Sixers have won 11 of those games (the talent is awesome), but it hasn't been on the strength of the offense. They're collectively shooting only 42.2 percent from the field and 24.1 percent from distance, and they have more turnovers (22) than assists (18).

With Butler long gone, who handles the closing duties? Dumping it down to Embiid feels too predictable (he has a team-high eight turnovers in the clutch), but living or dying on Harris isolations doesn't sound like championship behavior, either.

Diversifying the attack works in theory, but the Sixers can't be scrambling for on-the-fly solutions. They play loose enough as it is.

They're still finding themselves. As TNT's Charles Barkley said during halftime, "They don't have a style."

That they're winning games without one speaks to the combined skill level present in Philadelphia. It could also work against them if it diminishes their urgency to correct their issues.

The Sixers have a championship ceiling, but they're sitting several stories beneath it at the moment. Between now and mid-April, they must figure out how to pull themselves up.

All stats, unless otherwise noted, used courtesy of NBA.com and Basketball Reference and are current through games played on Dec. 10.

Ian Begley from SNY joins “The Full 48 with Howard Beck” to discuss David Fizdale and the New York Knicks! 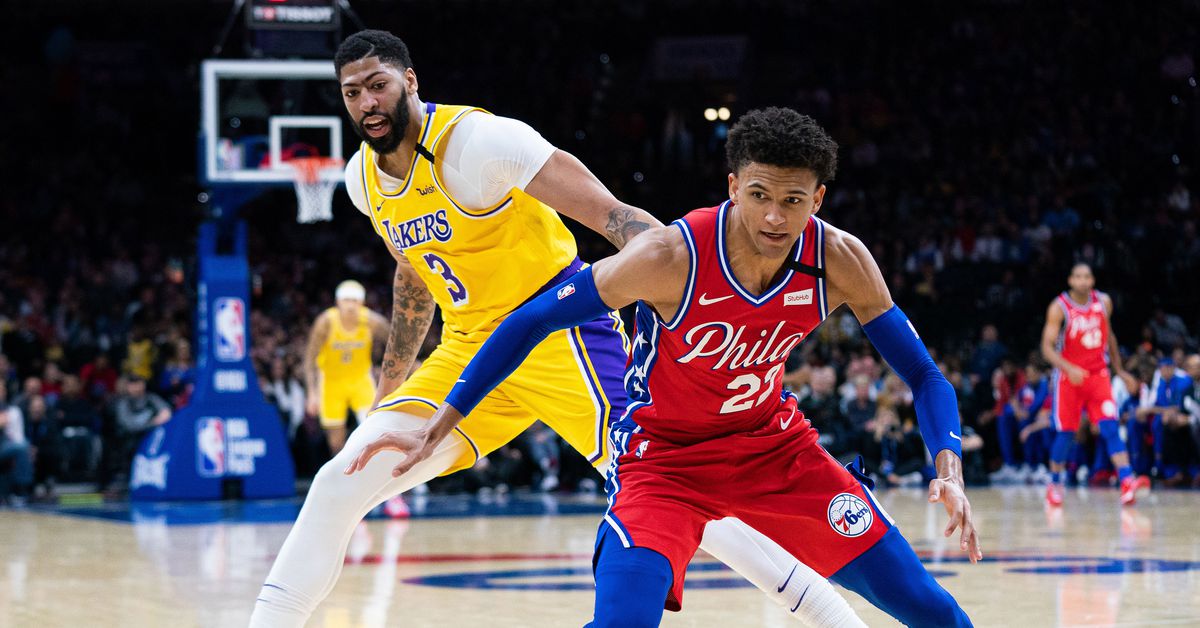