Urban Meyer may never return to coaching after retiring following Ohio State's 2018 season, but he still thinks about the profession "every morning."

In an interview with Dom Tiberi of WBNS in Columbus (h/t Sam Marsdale of 247Sports), Meyer opened up about how he has struggled to transition away from coaching:

"Struggled. Every morning, I’ve struggled. It’s better than it’s been. When you’re in a fight for 35 years, and you’re not in that fight...Does that mean I want to go do it again? I didn’t say that, because I am very happy, and more importantly my family is very happy, and I’m ecstatic that this place [Ohio State] is doing as well as they are. But the fact that you’re not in a fight, does that say that doesn’t chew at me? No, it does."

It is notable that Meyer specifically pointed out he didn't say he will return to coaching and that his family is happy with him as a member of Fox's college football studio team instead of on the sidelines.

He has been connected to USC a number of times this season, although Pete Thamel of Yahoo Sports cited "those with knowledge of the search" who said president Carol Folt prefers to go in a different direction.

Dennis Dodd of CBS Sports cited a "high-ranking college football source close to the coach" who believes Meyer will not return to coaching.

What's more, Bill Plaschke of the Los Angeles Times reported Meyer "is not expected to be" on the short list for potential USC coaches this offseason.

All that is assuming Clay Helton will not keep his job with the Trojans even though he led them to three straight wins to finish the regular season and a solid 8-4 record despite an uneven 3-3 start.

Meyer is one of the best coaches in college football history, with three national championships on his resume, and clearly he still has a hunger for the profession. Still, there have been multiple indications he won't be on the USC sidelines next season despite the speculation.

Still a place for USC among the 'Blue-Chip programs?'

Still a place for USC among the 'Blue-Chip programs?'

Odds for the Trojans making the College Football Playoff

Odds for the Trojans making the College Football Playoff 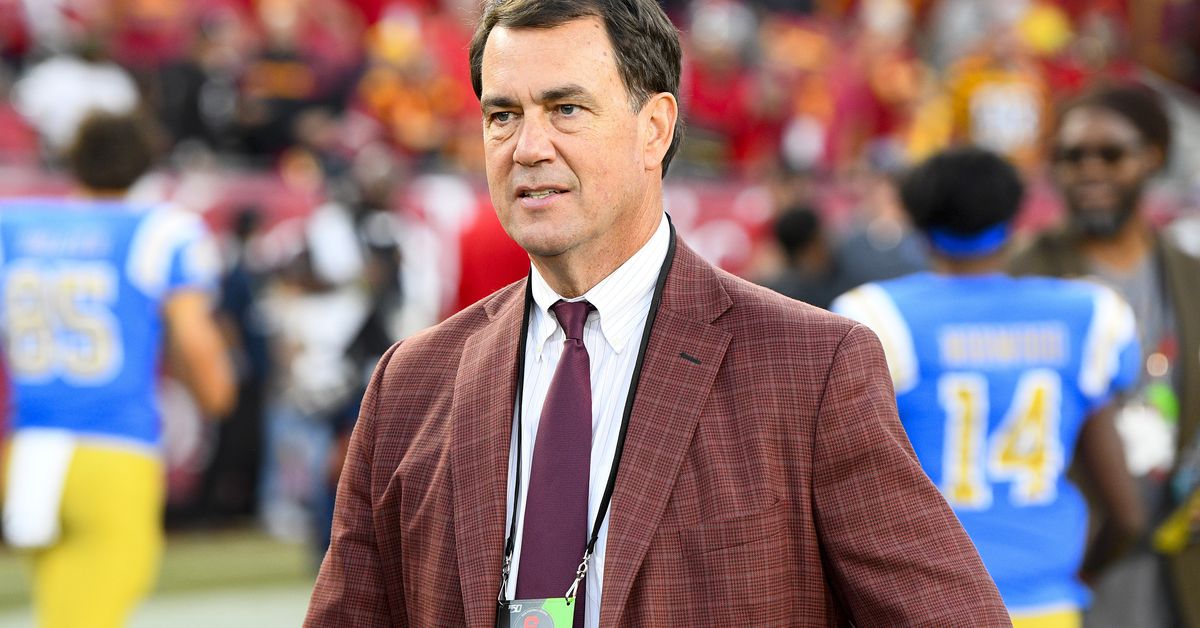