As Anthony Davis prepares for his first game back in New Orleans, the Los Angeles Lakers forward admitted to having "mixed feelings."

"I love that city, I love the city of New Orleans. I have so many friends there that turned family, multiple properties there—New Orleans is a part of me," Davis told Stadium and The Athletic's Shams Charania. "It was tough for me to walk away from that, so when I go back, I'm gonna have mixed emotions. And it's all because a great six and a half years, and then that last half it was...you know.

"I know the fans are gonna boo me. I got booed when I was still playing there. It's gonna be fun for me, like man, it's another game, I just wanna win a game. I don't care 'AD had 10 points, they shut him down.' I don't care."

Davis said he would be open if the franchise chose to honor him with a tribute video but would "understand" why they may not. It appears unlikely that Davis will receive a tribute from the franchise given his acrimonious departure and the remaining bad blood that permeates the fan base.

"It's gonna be a fun game, that's a game of the year for me. Just because I've never been through it," Davis said. "I know I'm gonna be nervous—I never get nervous before a game, but I'll probably be nervous before that game."

Davis requested a trade from the Pelicans last January, setting the stage for one of the most awkward exits in NBA history. The Pelicans shopped Davis—albeit seemingly not seriously—before the deadline and then continued to play him limited minutes until the end of the season. 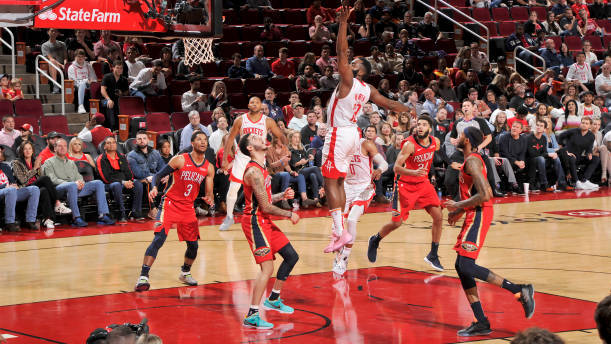 Davis said the only thing he regretted about his exit from New Orleans was flipping off a fan that was jeering him last season. He was fined $15,000 by the NBA for the gesture.

The Lakers travel to New Orleans on Nov. 27 in a nationally televised contest. Luckily for Davis, he has a teammate who has received vitriol far beyond what he'll experience in LeBron James. LeBron's return to Cleveland after leaving for Miami in 2010 remains perhaps the most negative crowd reaction in league history.