Alabama Crimson Tide quarterback Tua Tagovailoa was forced to leave Saturday's 35-13 win over Tennessee with a high ankle sprain, an injury that could keep him sidelined for several weeks.

But the Heisman hopeful is aiming to return to action for the team's matchup with LSU on Nov. 9, per Matt Zenitz of AL.com:

According to Terrell Lewis, Tua Tagovailoa told teammates after the game, “I’ll be back for LSU”

Alabama faces Arkansas next Saturday before having a bye week.

"I think he will probably not be able to play next week," Alabama head coach Nick Saban told reporters after the game regarding Tagovailoa, per Ivan Maisel of ESPN. "He's gonna get another MRI in the morning, and then from there we'll find out what he's gonna do from there."

Tagovailoa was forced from the game in the second quarter, when Tennessee defensive tackle Greg Emerson rolled over his ankle after sacking him. Tagovailoa stayed in the game initially, though eventually came out and headed to the injury tent, and ultimately the locker room.

In his place, Mac Jones stepped into the starting lineup, finishing 6-of-11 for 72 yards.

"Mac did some good things, and we think Mac is capable," Saban said. "So we have a lot of confidence in Mac."

The Crimson Tide have been forced to survive without Tagovailoa in the past. He had to come out of last year's SEC title game with a foot injury in the fourth quarter and the Crimson Tide trailing by a touchdown. So in stepped Jalen Hurts, leading the team to consecutive touchdown drives and a 35-28 win.

But Hurts, who transferred to Oklahoma before this season, was a former starter and had plenty of big-game experience. Jones, meanwhile, has thrown 45 career passes.

That lack of experience shouldn't hamper Jones and the Crimson Tide against 2-5 Arkansas. But against 7-0 LSU, the No. 2 team in the country, it could be a bigger issue. It also may be a moot one, since Tagovailoa is convinced he'll be back in action for that crucial SEC showdown.

The matchup between Tagovailoa and LSU quarterback Joe Burrow, both Heisman hopefuls, has been one college football fans have been clamoring for all season. With the game still three weeks away, the biggest storyline has already become Tagovailoa's health. 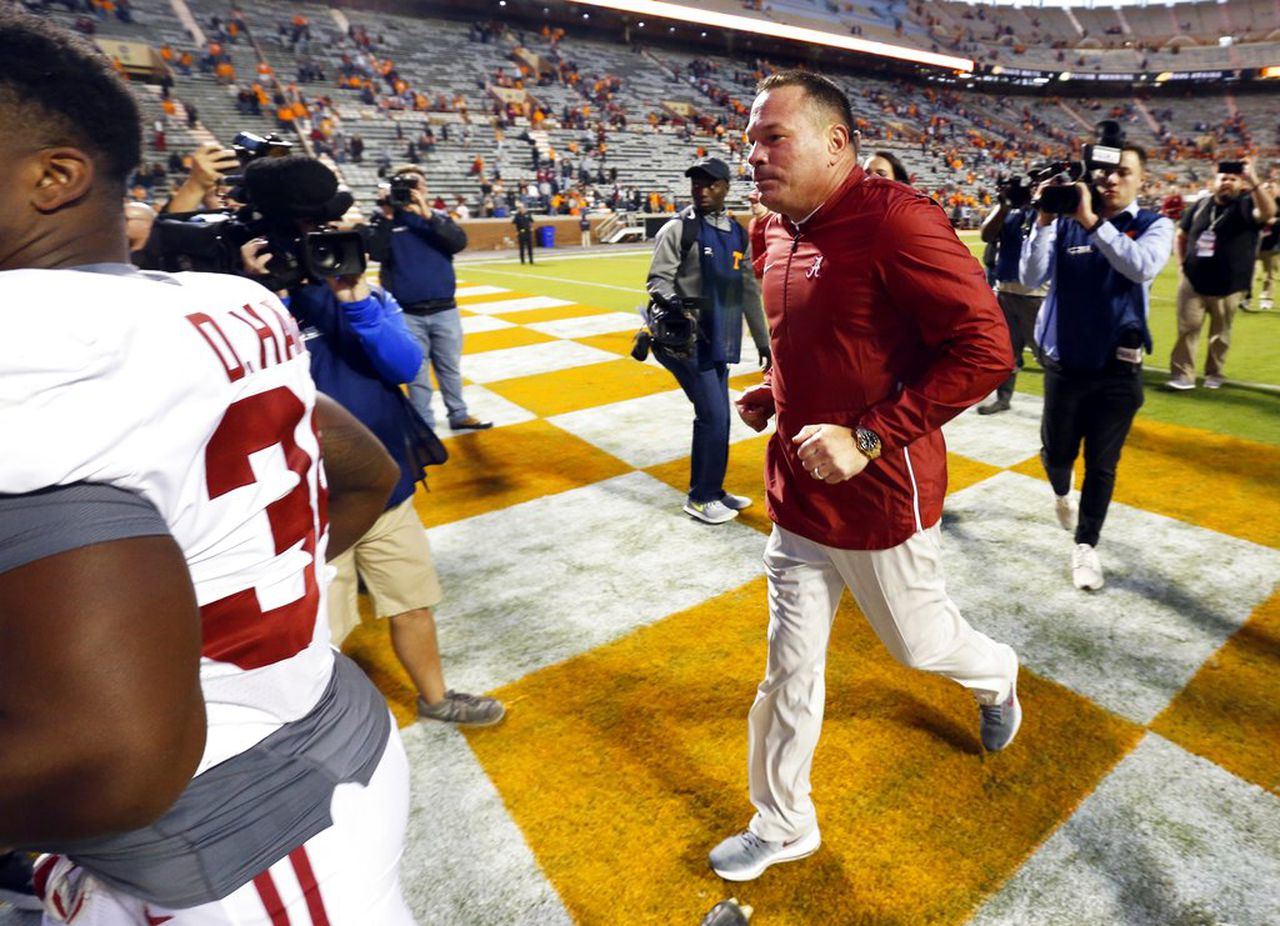