Gennady Golovkin (39-1-1,35 KOs)  is looking to become a world champion again Saturday night at an age when most boxers are on the verge of calling it quits or out of the fight game entirely. The 37-year-old will take on Sergiy Derevyanchenko (13-1, 10 KOs) for the vacant IBF world middleweight title at Madison Square Garden in New York City.

The IBF belt is up for grabs because Saul "Canelo" Alvarez vacated the title when he decided not to face Derevyanchenko, the mandatory challenger, instead opting to move up to light heavyweight to face Sergey Kovalev. Golovkin himself held the IBF title for a couple of years, but he vacated it in 2018 for refusing to face, that's right, Derevyanchenko.

So GGG finds himself without a title and unable to set up a third fight with Alvarez. The timing is finally right for him to take on Derevyanchenko, who will look to nab the IBF title he missed out on when he lost to Daniel Jacobs in October 2018.

Any bout featuring Golovkin has the potential to end in a brutal stoppage, but the Kazakh star only has two in his past five fights. At some point, age will sap his speed, strength or both, and the countdown is on as he ticks closer to 40.

At 33, Derevyanchenko poses a threat to Golovkin as a dangerous veteran who has endured far less professional carnage than his opponent.

Odds are courtesy of Caesars and updated as of Thursday, Oct 3 at 7 a.m. ET.

Golovkin is getting on in his years, but by all accounts, he is in great shape and plenty capable of bringing his Big Drama Show to Madison Square Garden. Here he is getting some work done in New York City, as Ring's Ryan Songalia shared:

Gennadiy Golovkin and trainer Johnathon Banks on the punch mitts outside of @TheGarden. Golovkin hopes to begin a second middleweight title reign when he faces Sergiy Derevyanchenko on Saturday for the vacant IBF belt #GGGDerevyanchenko @GGGBoxing https://t.co/z8GRpLZNev

After years of brutally and methodically working his way up the ranks to becoming a world champion and a global star, Golovkin acknowledges his battles begin long before he steps in the ring.

Golovkin's most recent bout was in June, when he knocked out Steve Rolls in the fourth round. His trademark punching power was on full display, and there's little reason to think GGG will have seen a steep decline in four months. There's talk his new trainer, Jonathon Banks, has reinvigorated him.

Then again, it's not always easy to tell whether a fighter's gifts are fading when he's facing an overmatched opponent like Rolls. Derevyanchenko is likely to demand much more from the man who has dominated the middleweight ranks for years, as this DAZN USA graphic shows:

Can GGG make it TEN straight years with a World Title this Saturday night? 🏆 #GGGDerevyanchenko https://t.co/4hcbvAMshS

Derevyanchenko hasn't faced too many notable opponents in his career. Jacobs is far and away the best of them, and The Technician gave him a good run, battling back from an early knockdown well enough to convince one judge to score the 12-rounder in his favor in a split-decision loss.

Bad Left Hook's Scott Christ feels the Ukrainian, who fights out of Brooklyn, New York, might be able to drag Golovkin into the later rounds like David Lemieux did in 2015—as long as he boxes carefully:

"Derevyanchenko isn't a Lemieux puncher, but he's far from feather-fisted, and as fundamentally sound as he is, Golovkin probably won't be able to get him to just walk on to something, either. That's not saying GGG can't catch him — Jacobs dropped Sergiy early a year ago — but one figures a lot of Derevyanchenko's plan will be to avoid getting into firefights with GGG, and to avoid making the sort of mistakes that Golovkin can turn into a knockout."

Sound, fundamental boxing might work for a few rounds, but Golovkin is capable of switching into Terminator-mode and walking through punches on his way to launching the kind of debilitating shots that have made him famous. If Derevyanchenko is to pull off this upset, he will likely have to not only crush it on the fundamentals but also show off enough power to keep GGG from stalking him throughout the ring.

While he didn't look like a world-beater in his most recent fight, a unanimous-decision win against Jack Culcay, Derevyanchenko's trainer, Andre Rozier, believes his man is in top form heading into the biggest bout of his career.

"You hear people say it often, but this has been one of the best training camps ever," Rozier said, per Crose.

Assuming Golovkin still has what it takes to pull off the victory, fans will clamor for a 2020 date with Alvarez. Golovkin fought to a draw with Canelo in their first battle in September 2017, which some believe he deserved to win, before losing a razor-thin majority decision a year later.

He deserves a third chance if he can get it, but he will likely be 38 by the time it happens, while Alvarez is still very much in his prime and likely to have full use of his myriad talents. 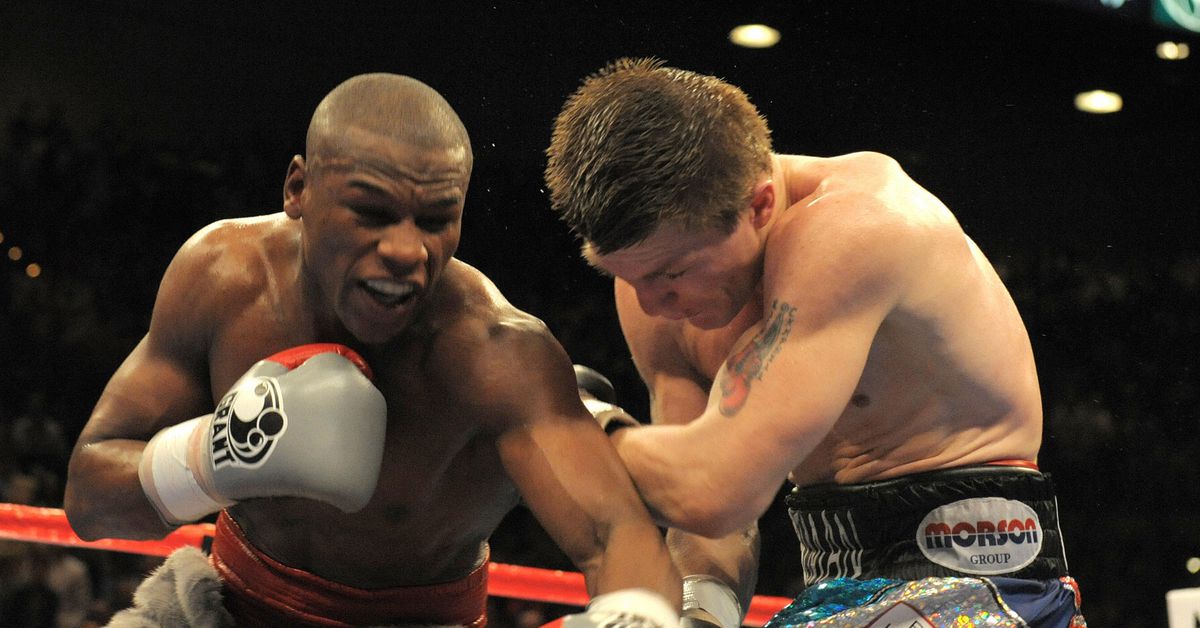