From the first drive of the should-be Big Ten showdown, Jim Harbaugh and his Michigan Wolverines hardly put up a fight. What happened Saturday at Camp Randall Stadium was a complete, thorough 60-minute disaster.

Patience had already been running thin for Harbaugh. But after this meltdown in Madison, perhaps it would be best to shorten the opening sequence of words to the common element.

Harbaugh deserved time to reset an unstable program. He exceeded initial expectations. He stocked the roster with its highest-ranked talent since the Lloyd Carr era. And 55 games into Harbaugh's tenure, he has nothing to show for it.

Michigan had two weeks to prepare for this critical Big Ten opener and turned in its most appalling performance of the last five seasons. Wisconsin steamrolled the Wolverines, scoring the first 35 points of a 35-14 annihilation.

The Michigan football program got their savior in Jim Harbaugh and their QB in Shea Patterson and this is the result? Is there any hope?

This sort of embarrassment is unacceptable at any point for a history-rich school, but it's disgraceful in a coach's fifth year when he was expected to resurrect the program.

Falling to Wisconsin on the road, while always a letdown, normally isn't a crushing setback. Losing in that manner, however―with a lifeless offense, powerless defense and ill-prepared coaching staff―is more than enough to question how much longer Harbaugh should be at the helm of the Wolverines.

Through two games, Michigan's offense had serious issues to address―a normal sight over the last four seasons. Saturday, despite the extra week to prepare, nothing changed.

The Wolverines lost their sixth fumble of the year with just under eight minutes to play in the first quarter, a turnover that eliminated their only decent first-half scoring chance. They coughed up another loose ball in the fourth quarter.

Shea Patterson rarely had a decent pocket. Even when he did, he looked uncomfortable, missed an open receiver or threw an inaccurate ball anyway. The senior was 5-of-14 for 87 yards and tossed an interception before getting benched at the end of the first half.

And the running game? Forget about that. The Wolverines trudged to 54 yards on 16 non-sack runs (or desperation laterals).

While falling behind 35-0, Michigan mustered 112 yards on seven possessions. After Ronnie Bell's 68-yard reception on the first play, the Wolverines picked up only 44 yards on the next 26 snaps. They ended the game 0-of-10 on third down too.

Not that a defense can be expected to atone for that ineptitude, but an ordinarily sturdy unit didn't provide any assistance. The Wolverines never played with the energy and aggressiveness normally seen in a group led by coordinator Don Brown. That combination was the backbone of every previous Harbaugh-era team, but Michigan is missing the elite disruption and havoc-creators it so desperately needs.

Wisconsin consistently blew Michigan off the ball, controlling the line of scrimmage and creating huge lanes for Jonathan Taylor. The Heisman Trophy candidate rumbled for 51 yards on the opening possession, sprinted 72 yards for a score later in the first quarter and ended the afternoon with 203 yards and two touchdowns.

Before halftime, the Badgers converted a trio of fourth downs that led to 14 points. Jack Coan―who entered Week 4 with zero career rushes of 10-plus yards―ripped off a 25-yard touchdown run, also scoring on a QB sneak.

Wisconsin rushed for 359 yards, the most Michigan has allowed against Ohio State since 2015 (369). The Badgers finished with 487 total yards, the fourth-most surrendered in the Harbaugh era.

The Wolverines looked helpless on both sides of the ball.

Worst of all, the loss dropped Harbaugh's U-M teams to 0-7 as an underdog. His inability to win marquee games is an indisputable failure for a program with championship dreams.

Five years into Harbaugh's tenure, that's all they remain, too―dreams. Michigan has habitually folded on the biggest stages, under the brightest lights, against the best teams. Although having the opportunity to make a national statement is not easy to capitalize on, Michigan has never done so.

Harbaugh won't get fired because of the loss. But Saturday's debacle is the strongest indication yet that he cannot be trusted to make championship-worthy improvements.

Should Harbaugh, Michigan Be Held To 'Big Ten Title Or Bust' Standard In 2020?

Should Harbaugh, Michigan Be Held To 'Big Ten Title Or Bust' Standard In 2020? 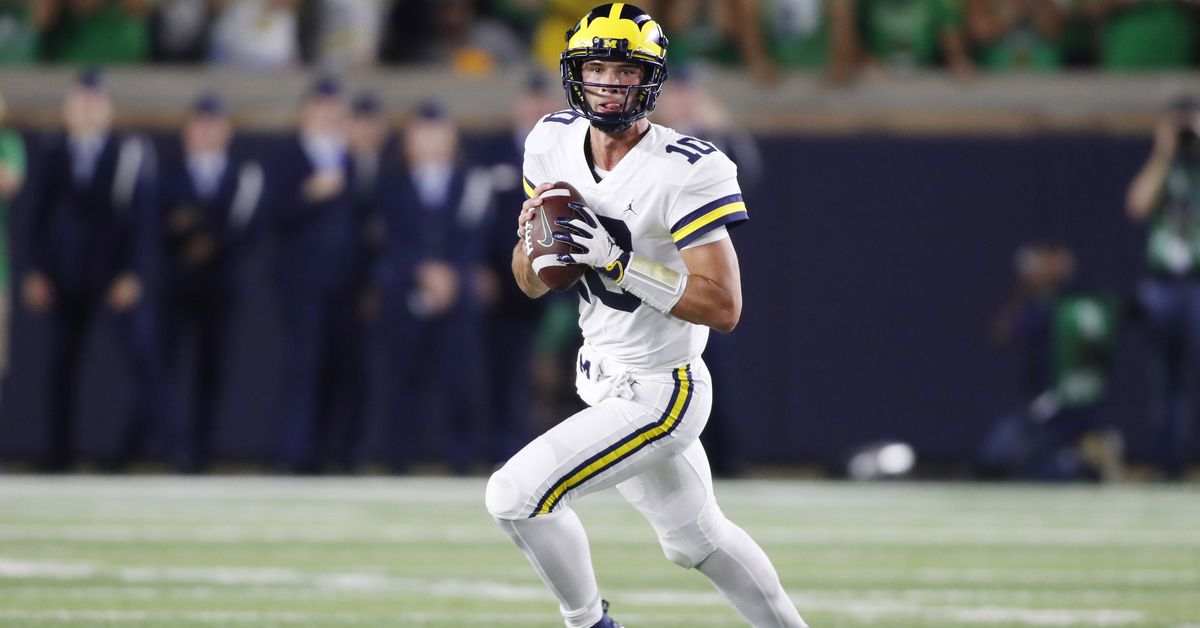