Two frustrating games into the season, Michigan is still waiting for signs that 2019 will bring different results than the past few years.

Although the seventh-ranked Wolverines managed to dispatch Army 24-21 in Week 2, it took a fumble recovery to survive the double-overtime slog in Ann Arbor. That result followed a fumble-plagued opening win over Middle Tennessee.

But once again, the upside of this offense is hazy.

Against Army, Patterson hit 19 of his 29 throws for 207 yards, which doesn't read like a horrible line. However, he overthrew a should-be touchdown, sailed a possible second score and improperly diagnosed a potentially huge zone-read keeper. He also lost two fumbles―his third and fourth fumbles of 2019―inside Army's 30-yard line.

When factoring in how the drives concluded after those respective errors, Patterson's five biggest mistakes cost Michigan up to 25 points. Put simply, that is unacceptable. Clamors for backup Dylan McCaffrey will continue to grow louder every week.

While the senior must shoulder a sizable portion of the criticism, poor blocking didn't help against the Black Knights.

After the game, Harbaugh noted a missed protection led to a sack of Patterson and his first lost fumble, per Sky Kerstein of Fox 2. On Patterson's second giveaway, Harbaugh said, running back Christian Turner should've picked up a corner blitz.

Plus, the offensive line struggled to handle Army's shifting and delayed blitzes from linebackers, failing to create running lanes in a gap-sound defensive front. Even excluding four sacks, the Wolverines trudged to 138 yards on 41 attempts―a paltry 3.4-yard average.

Asst to the Minister of Culture @Ian_A_Boyd

Michigan’s problem is not running the ball from the shotgun. You’ll find plenty of shotgun running teams that don’t struggle like this. They aren’t picking up the Army blitzes and they aren’t winning battles up front.

Sure, it didn't help that starting tackle Jon Runyan Jr. was sidelined. At some point, though, it's the coach's responsibility to recognize a unit is having a subpar day and move in a different direction.

In Gattis' case, that should've meant not pounding another ill-fated inside run―especially not on critical downs late in regulation.

Instead, the offensive coordinator continued to lean heavily on 12 (one RB, two TEs) personnel with at least one receiver often tight to the formation. Michigan rammed the ball up the middle and, unsurprisingly, failed again and again. The most glaring sequences were a pair of fourth-quarter drives that ended in a turnover on downs.

Gattis offered zero creativity and little variance in critical moments―which is basically the reason Michigan hired him in the first place.

All offseason long, Gattis preached and Michigan marketed how "speed in space" would revamp this offense. That mantra is why the Wolverines' fourth-quarter failures should be so frustrating. Take this snap, for example—how does Gattis' play call effectively allow speed to find space?

You know the answer: It doesn't.

One failure wouldn't merit a large criticism of this nature, but this was a game-long trend for Gattis. As time wound down, so did his creativity—something all too familiar of Michigan offenses in recent years. Shrinking the field is a futile choice when the offense isn't winning in tight spaces anyway.

In Week 2 specifically, Gattis either refused to adjust to U-M's performance or had no backup plan. Neither conclusion is a good one, particularly because he's a first-time play-caller. There is no history of success that demands some benefit of the doubt.

Again, we know it's early.

Any new offense demands corrections that aren't fixed in a week, and Gattis should gain comfort and awareness in his play-calling role as the year progresses. Runyan's return will boost the offensive line. A healthy Donovan Peoples-Jones significantly helps U-M's relatively thin depth at receiver.

Michigan doesn't have an unlimited amount of time, though. Reasonable excuses are fine, but they have an expiration date.

In the coming weeks, Harbaugh's club travels to Wisconsin (Sept. 21) and hosts Iowa (Oct. 5). Though not ideal, the Wolverines can afford a loss before a stacked second-half schedule arrives. Whether 5-1 or 6-0 by that point, Michigan needs to show the best-case scenario is a legitimate possibility this season.

Right now, the evidence isn't there.

We look at the best defenders ahead of National Signing Day 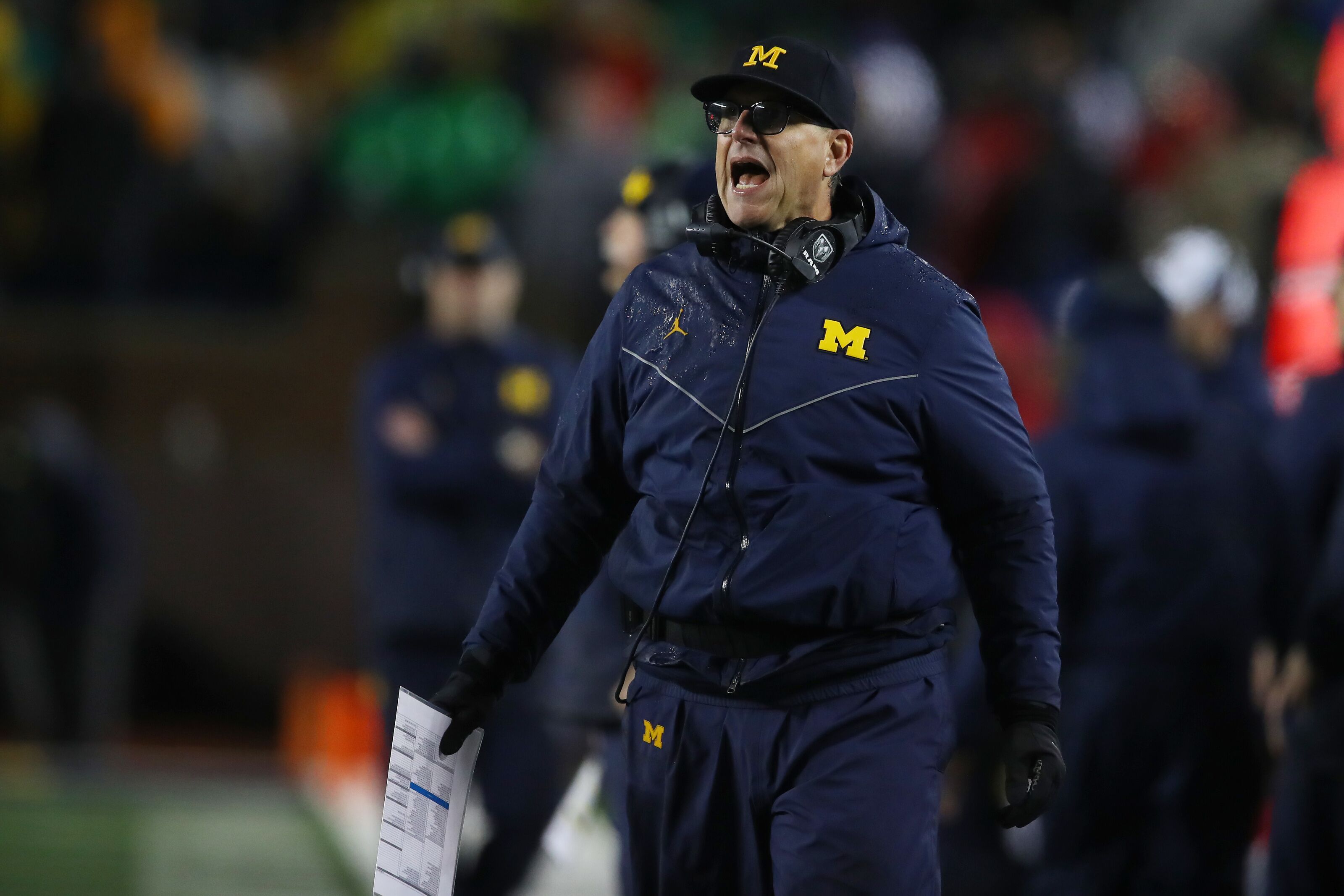