Nabil Fekir has said he doesn't know why his 2018 transfer from Lyon to Liverpool didn't materialise, insisting any concern over the health of his knee was one of "lots of lies" made up around that time.

The Reds were understood to be close to signing Fekir for a fee of £53 million in June of last year. The player had even recorded an interview with Liverpool TV before issues with his medical report ended the deal.

Fekir, 26, joined Real Betis this past summer for less than half that fee (£22 million). He spoke to L'Equipe (h/t MailOnline's Max Winters) and said numerous matters were fabricated to end the transfer:

"What was said is not the truth. My knee is good—I had a quick medical check at Clairefontaine (France's national training base)—my knee wasn't even mentioned. If my knee had been in such a bad state, would Aulas (Lyon chairman Jean-Michel) have made [a huge offer to keep me]?"

The playmaker expressed sadness that his family were made to look like scapegoats as to why the move never came to fruition.

He also highlighted the impact bad influences can have and suggested his former agent, Jean-Pierre Bernes, had a hand in the deal collapsing, per football writer Jeremy Smith:

Fekir, asked if he means his ex-agent Bernes: "Maybe. But like I said, it's fate. But it's not normal to be kept informed of negotiations. My family is discreet and it's not nice to try to split a family. It was a dark moment in my career."

Fekir missed almost the entire 2015-16 season due to a knee injury he suffered four years ago. However, he's had no recurrence of the problem since and has moved from strength to strength in his career, playing his part in the France team that won the World Cup under Didier Deschamps last year.

"You want the truth? Even I don't know—I promise you! I did my medical and then [Liverpool] decided not to sign me. At some point they wanted to have me believe it was because of my knee—but an excuse needed to be found.

"The medical tests that I did at Clairefontaine (the France national team's main base) were very clear—my knee is perfectly fine and I feel fine. There are no issues at all with my knee."

Liverpool ran to the UEFA Champions League crown last season and finished second in the Premier League despite missing out on Fekir, suggesting they have no regrets over the failed transfer.

The Frenchman was viewed as a replacement for Philippe Coutinho, who joined Barcelona in January 2018. There was an initial sense of shock after it emerged Betis managed to sign the player for such a modest fee, via BT Sport:

Fekir is off to a flying start in La Liga and has scored twice in his last two appearances for Betis, including a 2-1 winner at home to Leganes in Week 3:

Liverpool can be content with the progress they've made under manager Jurgen Klopp despite failing to sign Fekir. The Merseysiders didn't make any major signings in the summer and are hoping to build largely off the existing squad at Anfield.

Betis picked up their first win of the season against Leganes last time out, and Fekir will hope to continue those improvements when Los Verdiblancos resume La Liga at home to Getafe on Sunday. 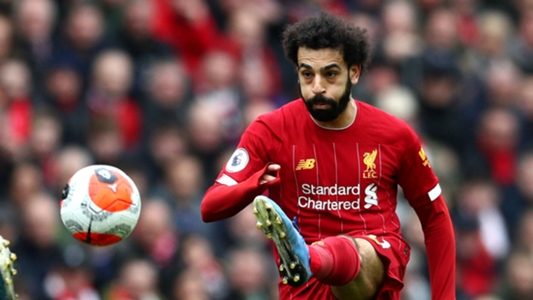