Pittsburgh Steelers wide receiver JuJu Smith-Schuster is ready to elevate his game in 2019 as quarterback Ben Roethlisberger's clear No. 1 target.

According to Kevin Gorman of TribLive.com, Smith-Schuster plans to extend his route tree since the game-breaking speed of Antonio Brown is no longer part of Pittsburgh's offense: "Being able to catch the deep balls down the field, those go balls, those free balls that they send down the field where I've got to go make those plays. That's what I've focused on a lot, catching the ball over the shoulder and being able to be a threat on the outside."

The Steelers traded Brown to the Oakland Raiders during the offseason, leaving room for Smith-Schuster to put up huge numbers in 2019.

Smith-Schuster acknowledged there is added pressure without Brown: "It was very important. Obviously, it was all eyes on me. The biggest questions: How are the Steelers going to be without two great players that we used to have? How is JuJu going to do without AB?"

Although he had a 97-yard reception in each of his first two seasons, his somewhat modest 12.8 yards per catch in 2018 suggests there is room for improvement as a deep threat.

Big Ben loves the fact that Smith-Schuster is striving to get better: "That just shows the growth of what he wants and desires to be. I think that's awesome. If you asked him the question, 'What do you want to improve on?' And he says, 'Nothing, I'm good.' That's when you have issues, right?"

Even with Brown in the fold last season, Smith-Schuster led the Steelers with 111 receptions for 1,426 yards, although his seven receiving touchdowns lagged well behind Brown's NFL-leading 15 receiving scores.

At just 22 years of age, Smith-Schuster already has two seasons with 900-plus receiving yards and one Pro Bowl nod to his credit. All signs point to him becoming one of the NFL's premier wideouts in 2019, especially if he is able to add to his game.

While Brown has been in the headlines throughout training camp because of drama surrounding his helmet and injuries to his feet from a cryotherapy chamber, Smith-Schuster has been going about his business.

There is little doubt that Smith-Schuster will be up to the task of replacing Brown as Roethlisberger's go-to guy provided he is healthy, but the big question relates to whether another receiver such as James Washington, Donte Moncrief, Eli Rogers or Ryan Switzer can make up for some of Brown's production.

Should the Steelers Keep Mark Barron or Vance McDonald? 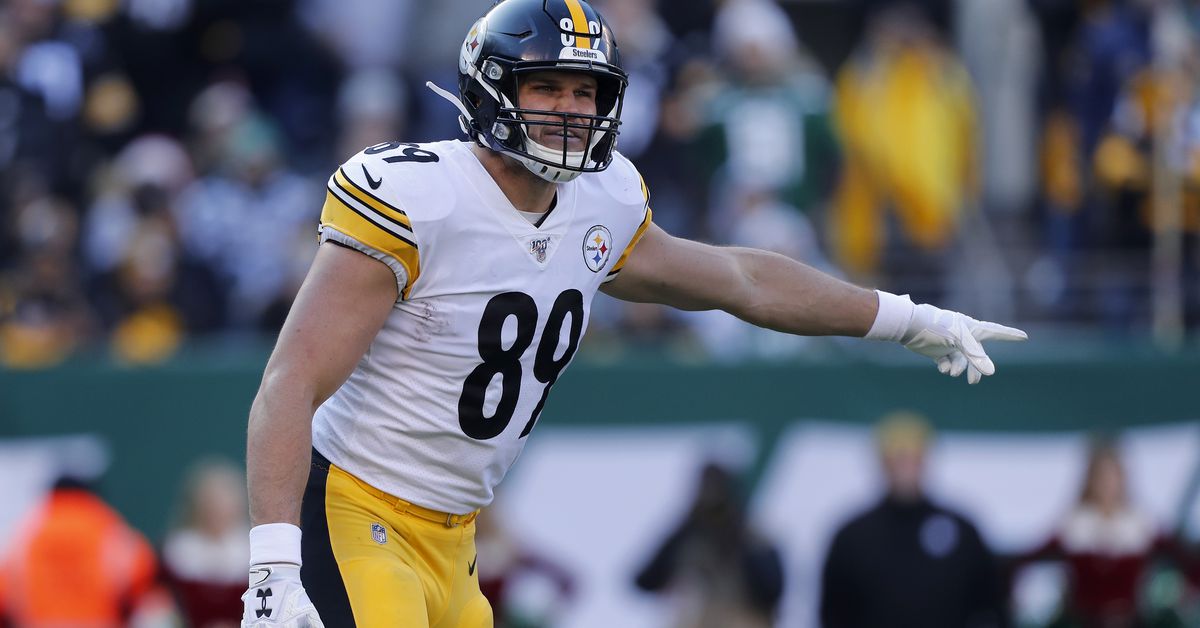 Should the Steelers Keep Mark Barron or Vance McDonald?