"There's this perception out there about negotiations that there's these ongoing talks that go on hours at a time, and that's just not the case. You kind of set the boundaries of where you think it should be, and certainly they're all represented by very sharp people and they're trying to do the best for their client. You kind of sit there and you stew on it, you think about it, you're always trying to think of something that might bridge the gap. But at the end of the day, this is a distribution dilemma for us."

Eliott has two years remaining on his contract, but he is holding out of Cowboys training camp. Meanwhile, quarterback Dak Prescott and wide receiver Amari Cooper are set to enter the final year of their respective deals.

On Tuesday, ESPN's Josina Anderson reported that Elliott will not play for the Cowboys in 2019 until he receives a new contract. However, she noted the holdout is unlikely to last into the regular season since Cowboys owner Jerry Jones wants to get a deal done.

Jerry Jones told reporters Sunday that he is confident the team will keep Elliott, Prescott and Cooper in the fold:

Elliott arguably has less leverage than Le'Veon Bell did when he held out all of 2018 with the Pittsburgh Steelers since Elliott is under team control for two years rather than one.

At the same time, the 24-year-old has been integral to Dallas' success since entering the NFL in 2016. During the two seasons in which Elliott played at least 11 games (2016 and 2018), the Cowboys went a combined 23-9 and won a pair of NFC East titles.

Elliott also led the NFL in carries and rushing yardage in each of those seasons. When a suspension limited him to 10 games in 2017, the Cowboys went 9-7 and missed the playoffs.

The two-time Pro Bowler is coming off a campaign that saw him rush for 1,434 yards and six touchdowns while catching 77 passes for 567 yards and three scores. 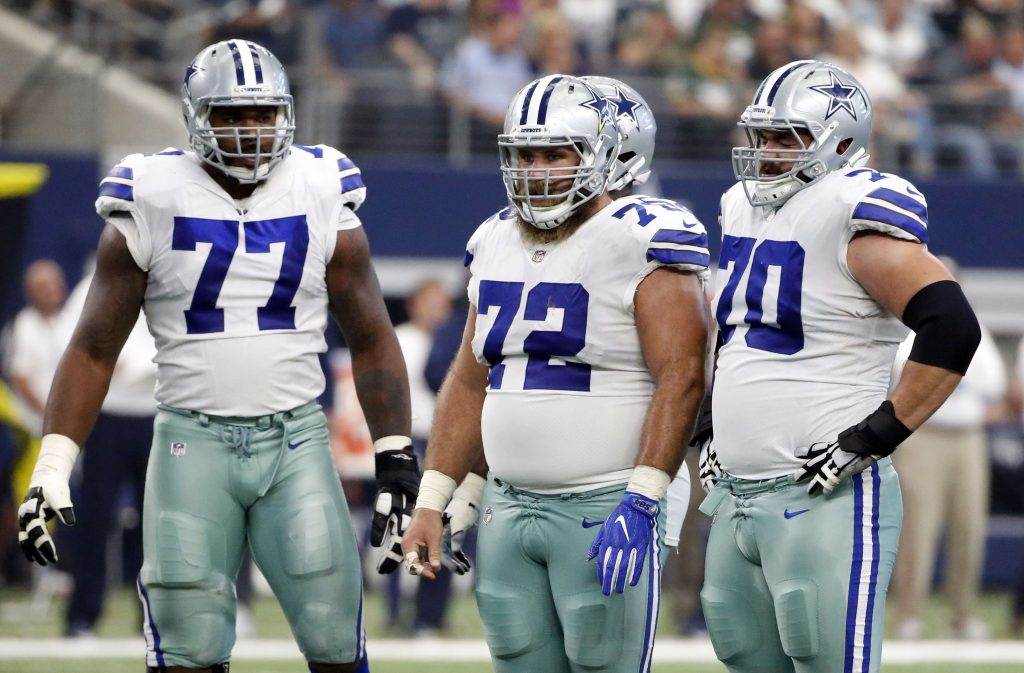