As the dust settles on the 2019 NBA free-agency frenzy, a picture has emerged of the league's most overpaid and underpaid players.

To own a value contract, a player has to produce at a level that exceeds most of those around him who earn far more. For example, while Chris Paul was a better point guard than Derrick Rose last season, Paul earned $35.6 million from the Houston Rockets, while the Minnesota Timberwolves had to pay Rose just $2.2 million. Rose's 18.0 points and 4.3 assists were a bargain at his price, while Paul's 15.6 points and 8.2 assists didn't come close to living up to his checks.

Since rookie contracts are typically bargains, they'll be excluded from this list. Max contracts are eligible, and the players who land them usually produce at All-Star levels, but that doesn't necessarily mean they carry the most value.

Instead, these are the 10 best value deals based on a player's production vs. contract, taking into account results from the 2018-19 season and the player's projected 2019-20 role.

Since expiring deals (ones with only a year remaining on the contract) all carry value in some way, a player has to be on a multiyear, non-rookie deal to qualify for this list. These deals could have been signed at any time and include those agreed to this free-agency period. 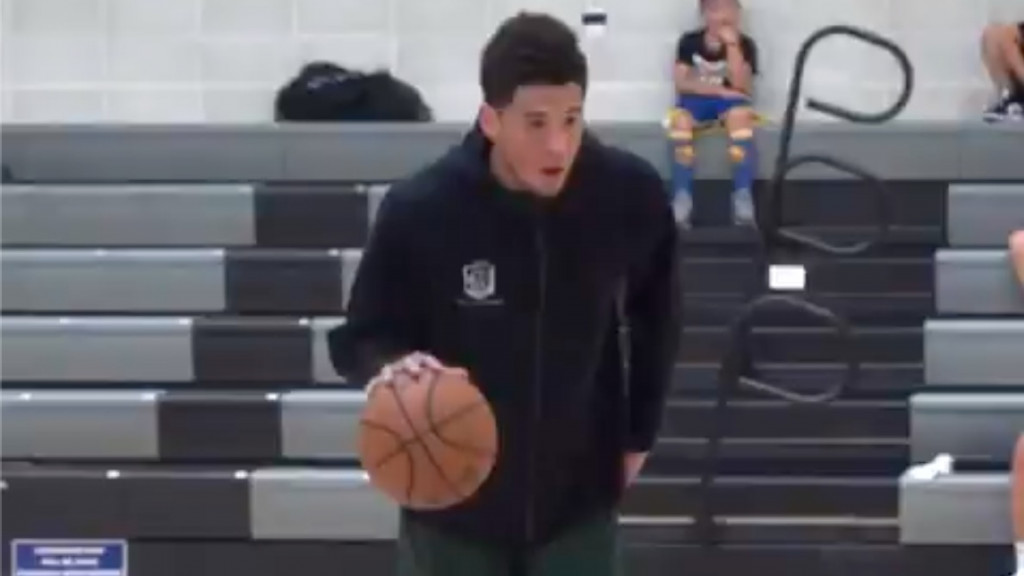 Richardson was the best player on the Miami Heat last season, leading the team with 16.6 points per game while adding 4.1 assists, 3.6 rebounds, 2.2 three-pointers and 1.1 steals.

At 6'6" and 200 pounds, Richardson can play four positions and is a versatile defender as well. His 7.9 real plus-minus wins (via ESPN) ranked fifth among NBA shooting guards, ahead of players like CJ McCollum, DeMar DeRozan and Klay Thompson.

After being traded from Miami to the Philadelphia 76ers in the Jimmy Butler deal, Richardson projects as the starting shooting guard in Philly. This transition may hurt his raw stats, as Joel Embiid, Tobias Harris, Ben Simmons and Al Horford will need touches as well.

On the flip side, Richardson has never played with a passer of the caliber of Simmons, a good sign for his 38.5 percent catch-and-shoot accuracy on threes last season. He's more than capable of playing the role of spot-up shooter, but Richardson can do far more if the Sixers need him to.

Starting-caliber centers in their prime who defend and rebound at a high level should be paid far greater than this.

While the Utah Jazz made plenty of big moves this summer, the signing of Davis has been overlooked after he played such a big role in the Brooklyn Nets' surge to the playoffs last season.

Davis was third in the NBA in rebounds per 100 possessions (22.8), trailing only Andre Drummond and Hassan Whiteside. While Davis will make just $4.8 million next season, Drummond and Whiteside will each receive $27 million.

The signing of Davis to back up Rudy Gobert also means the Jazz boast the top two centers in ESPN's defensive real plus-minus ratings, arguably forming the best defensive and rebounding center position of any team.

While the Jazz won't run any offense through Davis, he'll play his role perfectly as he did while improving the Nets by 6.7 points per 100 possessions a season ago.

Perhaps the best backup center in the league, watch Davis destroy second units on the glass while keeping them out of the paint in Utah for the next few years.

As Paul George and Russell Westbrook soaked up all the attention in Oklahoma City last season, another Thunder starter was quietly putting together a career year at age 24.

Grant became an ideal stretch 4, able to hit three-pointers while also putting the ball on the floor and dunking over someone's head at the rim. He averaged career highs in points (13.6), rebounds (5.2), three-pointers (1.4) and three-point percentage (39.2 percent).

With the Thunder now in rebuild mode, Grant finds a new home with the Denver Nuggets following a trade from OKC.

According to Mike Singer of the Denver Post, Grant could be the heir to current power forward Paul Millsap's throne: "The Jerami Grant trade was, in all likelihood, the Nuggets' big offseason acquisition. He fits a need, provides insurance heading into next offseason in case Paul Millsap leaves and is more in line with Denver's timeline. At 25, the Nuggets hope Grant is a staple of their frontcourt for years."

Millsap is 34 and entering the final year of his contract. With Michael Porter Jr.'s injury history, the Nuggets need Grant to be a stabilizing force in their frontcourt while taking some of the quicker, more athletic defensive assignments away from Nikola Jokic.

Coming off a 54-win season, the Nuggets should be even better with the addition of Grant.

Hood turned down a multiyear contract offer for $7 million annually from the Cleveland Cavaliers last summer and passed on longer, more lucrative offers from other teams to stay in Portland now.

"I'm totally fine with that. I'm doing pretty well. We didn't have a lot growing up, so I'm still making good money in my opinion. I know I'm not making Dame (Lillard) money, but for me, I'm doing pretty well. As long as you are a happy man, that goes a long way in this league. If you fit somewhere and your family is welcome, that goes a long way, and that's going to show on the court."

Indeed, Hood is worth far more than his $5.7 million salary for 2019-20 as he'll likely be asked to take on a bigger role in Portland's shaken-up roster.

Hood averaged 11.2 points and 2.2 rebounds and shot 35.6 percent from three between the Cavs and Blazers last season. With Enes Kanter's departure for the Boston Celtics, Hood becomes Portland's third-highest-returning postseason scorer behind Lillard and CJ McCollum.

His role should only grow, as Portland traded starting small forward Maurice Harkless in a deal for Hassan Whiteside and saw starting power forward Al-Farouq Aminu sign with the Orlando Magic.

This could mean a starting small forward job for the 6'8" Hood, who has spent 75 percent of his court time in Portland at the 3.

Look for Hood to be a double-digit scorer for the Blazers this season and well outplay his new contract.

Tucker remains one of the most valuable players on the Rockets, even if he isn't compensated as such.

He signed a four-year, $31.9 million deal with Houston in 2017 and is consistently assigned to guard the opponent's best offensive player.

It's remarkable that at age 34, Tucker has missed just a single game in the last three seasons, starting all 82 at power forward for Houston last year. While being the team's most important defender, he also managed 7.3 points, 5.8 rebounds and 1.6 steals and shot 37.7 percent from three.

Over Houston's last two playoff runs, Tucker has improved the Rockets by a whopping 20.3 points per 100 possessions while averaging 9.9 points and 6.9 rebounds and nailing 46.2 percent of his three-pointers.

Tucker doesn't back down from any defensive challenge and has turned into one of the better three-and-D power forwards in the NBA.

Bryant has become one of the few bright spots in Washington. Following his strong sophomore season, the Wizards rewarded him with a new $25 million contract.

Re-signing Bryant was the No. 1 priority of Washington's offseason given how much he meant to a disappointing team last year. As Candace Buckner of the Washington Post wrote:

"Even during the lowest points of the season as the Wizards' playoff hopes faded, Bryant saturated the roster with enthusiasm and energy. He beat defenders — and sometimes his teammates — down the floor to speed up the transition game, and he was a favorite target of Bradley Beal. Beal, who controlled the offense in the absence of the injured John Wall, averaged 4.4 passes per game to Bryant. In a clear sign of respect, he trusted Bryant in late-game situations and set him up for the game-winning shot against the New York Knicks during the teams' Jan. 17 showcase in London."

Bryant should continue to control the rim on both ends of the floor as he scratches the surface of his potential, all while earning about half the salary of backup Wizards center Ian Mahinmi.

Rose was primed for a raise from his veteran minimum salary in Minnesota last year. Even with a new $15 million contract, he could be a steal in Detroit.

With no cap space, the Pistons used the majority of their mid-level exception in search of a point guard upgrade. Given what some other point guards got this summer (Ricky Rubio's $51 million, Terry Rozier's $58 million), Rose was the best floor general the Pistons could afford.

After averaging 18.0 points and 4.3 assists while shooting a career-high 37.0 percent from deep last season, Rose should take starting point guard duties from Reggie Jackson in Detroit. He's remarkably quick changing direction and getting to the rim, even after multiple knee surgeries.

While Rose hasn't played in more than 66 games in a season since 2010-11, the Pistons are prepared to handle some injuries with Jackson and Tim Frazier also on the roster.

Of the 50 qualified NBA players who scored at least 18.0 points per game last season, Rose will make the least money (not counting rookie deals) in 2019-20.

Covington is the Timberwolves' best player outside of Karl-Anthony Towns, even if he'll only be the fifth-highest-paid. Trailing Towns, Andrew Wiggins, Jeff Teague and Gorgui Dieng in annual salary, Covington has become one of the league's best two-way small forwards.

At 6'9" and 225 pounds, he has the frame and versatility to defend multiple positions, leading small forwards in ESPN's defensive real plus/minus last season.

No slouch on the offensive end either, Covington gave Minnesota 14.5 points, 5.7 rebounds, 2.3 steals, 1.1 blocks and 2.5 three-pointers on 37.2 percent accuracy last season. His teams have improved by 8.3 points per 100 possessions over Covington's 326 career games.

What helps move Covington up this list is length of contract as well. He's locked in for the next three years with salaries of $11.3 million, $12.1 million and $13.0 million, or about 41 percent of what the Wolves will pay Wiggins over that same stretch. By the time Minnesota needs to re-sign Covington in 2022, Wiggins will only have one year left on his five-year, $147 million max deal.

While Antetokounmpo is easily the highest-paid player on this list, the 2018-19 MVP is still an incredible value on his $25.8 million salary.

Entering the third season of a four-year, $100 million extension signed after his rookie contract, Antetokounmpo will tie for the 39th-highest salary in the NBA next season. Players like Otto Porter Jr., Andrew Wiggins and Kyle Lowry will earn more, as well as teammate Khris Middleton.

While that kind of money better represents Antetokounmpo's value to Milwaukee, it goes to show what kind of a value contract he's on for the next two years.

Williams is arguably the greatest bench scorer of all time, recently collecting his third Sixth Man of the Year Award.

He made a surprising decision when he agreed to a three-year, $24 million extension with the Clippers in February 2018 instead of becoming an unrestricted free agent that summer. Williams recently discussed why he settled for so little on The No Chill Podcast (warning: NSFW language; h/t Tomer Azarly):

Lou Williams on his extension with #Clippers - “I’ve been f**ked every single time… Me being happy and comfortable where I was in L.A., we took a deal that a lot of people were scratching their heads at, but shit made me happy. At the end of the day, that’s what it was about.” https://t.co/HCx4EgFEjF

Williams has thrived in L.A. under Doc Rivers, and the Clippers look to be championship contenders with the additions of Kawhi Leonard and Paul George.

Williams didn't max out his money for a team he didn't really want to play for. Instead, he's the owner of the NBA's best value contract.

Greg Swartz covers the NBA for Bleacher Report. Follow him on Twitter. All stats via Basketball Reference unless otherwise noted. Contract numbers via Spotrac.