The United States men's national team is on to the final at the 2019 Gold Cup after defeating Jamaica 3-1 in the semifinals at Nissan Stadium in Nashville, Tennessee, on Wednesday.

Weston McKennie provided Team USA with an early lead, and Christian Pulisic recorded a brace to help secure the victory.

PULISIC DOES IT AGAIN! 🇺🇸 He fires it into the side netting and makes it 3 for USA 💪 #GoldCup2019 https://t.co/DL7Pwc5gMs

For the second consecutive match, McKennie provided an early boost, though Reggie Cannon and Jozy Altidore each deserve plenty of credit for the setup:

Just like that, Team USA had the lead less than 10 minutes in.

The USMNT nearly doubled that lead moments later as Pulisic hit a fantastic strike on a free kick, only to be denied on a terrific save by Jamaica keeper Andre Blake:

Unfortunately, Mother Nature made her presence felt 15 minutes into the match. Play was halted for nearly 90 minutes as a lightning storm made its way through the area.

Team USA had clearly been in control prior to the delay. When play resumed, Jamaica managed to shift some of the momentum, though it was not able to find the back of the net.

The USMNT would quickly regain momentum coming out of halftime. After being denied earlier, Pulisic managed to put one past Blake off a rebound in the 52nd minute.

Immediately upon subbing into the game, Gyasi Zardes—who already has three goals in the tournament—had a golden opportunity to pad the lead off a great pass by McKennie. However, his shot went wide right, keeping it a two-goal game.

Jamaica didn't go away quietly, though. It responded by cutting into the deficit in the 69th minute:

Jamaica take one back! Leon Bailey makes a perfect pass in to Nicholson who heads it home and pulls the Reggae Boyz within one. #GoldCup2019 https://t.co/UlcIlmP5il

That marked the first goal the USMNT had surrendered at the 2019 Gold Cup.

Jamaica had a number of chances over the course of the final 20-plus minutes, as Gregg Berhalter's squad clung to a one-goal lead. But in the end, Zack Steffen and the defense stood tall.

That set the table for Pulisic to put away the game in the 87th minute.

The victory improves the USMNT to 5-0-0 in the tournament, outscoring its opponents 15-1.

The United States advances to its second consecutive Gold Cup final, where it will face Mexico on Sunday at Chicago's Soldier Field at 9 p.m. ET.

Team USA and Mexico have met in the championship game on five previous occasions, with El Tri going 4-1. Mexico has won the last two such instances, as the United States' lone victory came back in 2007. 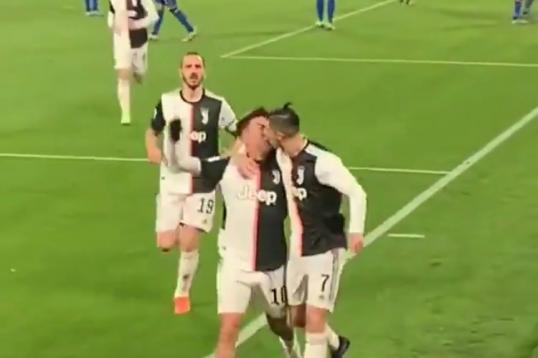