Samurai Shodown marks the return of a fighting game juggernaut for its first mainline entry in the series from SNK Corporation in more than a decade.

The early '90s eventual classic of the same name was a breath of fresh air at the time, offering grounded, deadly weaponized combat with memorable characters and set pieces.

It is a tall task for any fighting game to stand out in the current renaissance for the genre, and while Samurai Shodown doesn't necessarily boast the name recognition of SNK's other prominent fighter, The King of Fighters, it does occupy a niche that is primed for a breakout if executed properly.

Samurai Shodown is all about lethality.

This isn't a Dragon Ball FighterZ or even an entry in the Street Fighter series. There aren't droves of combos to execute. There aren't major mixups or juggles or rushdowns.

This is all about spacing and methodical gameplay while reading an opponent. Decisions—good or bad—result in a gory mess for either side and can result in half or more of a health bar disappearing in an instant, with rounds capable of ending in as little as a trio of moves.

The lethality comes in a few main forms. A Super Special Move involving half-circle motions once per match (not round) at any time can ruin an opponent in an instant. A Rage Gauge fills while taking damage, and while it buffs overall stats, it can be triggered when full to perform a Rage Explosion, which is a fight-turning ability—with a catch. Damage doled out from this is tied to the health bar, so it is, at least on paper, best deployed when on the precipice of defeat. There are also moves capable of disarming opponents.

Everything in the game is punishable based around stuttering an opponent's offensive momentum or otherwise picking and choosing spots, though the above mechanisms are the meat and potatoes of what makes the series so fun to play and watch.

Yet this has plenty of pick-up-and-play potential. There are four movement planes, light medium and heavy attacks and forward and backward sprints—the latter a hop with i-frames. There's a dodge mixed in for good measure. A throw can break guard. Parries block certain types of moves, but not others, and lead to stuns.

But the simplicity there also betrays depth, which one opening of the command list from the pause menu shows.

Overall, the gameplay is all about weight. Every action has a direct counter, including basic movement, which in some instances boosts recovery times opponents can exploit. As veterans of the series will understand, it creates a tension that never really leaves at any point of a round or match.

The action itself is gory fun, with blood sprays and limbs bursting out into the stylized, colorful world. The palette is pleasing to the eye in a nice balance, which is appropriate given the mixture of shocking gore constantly peppering otherwise beautiful scenery.

The happenings behind the action are a nice touch as well. An example of some: villages, wooded areas, coastal shores and some impressive-looking reed fields stretching to a mountain range.

Together, the gameplay and visuals just work. Samurai Shodown won't be the prettiest game on stages, but it will catch plenty of attention and hold its own.

Samurai Shodown makes a point to loop in the solo players in a variety of ways.

The story mode has a unique vantage point with a few different cutscenes for each character, which isn't something every fighter on the market can boast these days.

The overarching story isn't grand by any means. Famine and violence create a whirlwind of events for characters caught up in a power struggle. Kyoshiro Senryo, for example, wants to free the land of violence so people are free to enjoy his performances. Darli Dagger is a shipyard owner brought into the drama via a mystery arrival. None of the angles are overly deep, but the context to an enjoyable storyline for each character is welcome.

This solo journey will take players a healthy amount of time to complete if they are intent on unlocking all cutscenes and seeing how it all unfolds. It can get a bit tiring to sit through load times and pre-fight text, but the entire package is a respectable nod to players who don't necessarily err on the side of the competitive scene.

One of the bigger steps the series takes into the future of fighting games comes via the idea of the Dojo.

Similar to driver data found in racing games these days, Samurai Shodown boasts Ghosts—a deep-learning A.I. that mimics and adapts to the player as they play across game modes. These Ghosts are shareable online for other players to battle, and within the Dojo, players can fight CPU Ghosts and take on an Ironman Challenge consisting of 10-100 opponents.

This idea sounds amazing, especially for those who don't want the pressure of duking it out with other players online or dealing with connections and other variables that come with that format.

In practice, it takes a little while to notice, but the A.I. does start to dole out some punishment based on player tendencies. This should make for an interesting time when shopping online to engage with other Ghosts in the never-ending quest for improvement.

Story and the Dojo are the two biggest talking points, though the rest of the suite shouldn't go without a mention. There is a versatile button configuration menu option available for those who want to customize the experience. Training and tutorial modes are likewise highly customizable, meaning a tailored environment for a player's needs.

The robust online battle mode is flanked by the non-story solo options consisting of basic versus, gauntlet, survival and time trial modes. Even the player database and gallery options have some surprising depth, leaving the desired statistics and laundry list of unlocks at a player's fingertips for digestion.

Given the depth of these features isn't always a guarantee in games today, Samurai Shodown's attention to detail and all-encompassing offerings show the reboot is taking itself seriously—this isn't a name-recognition cash-in but rather a serious stab at making the series a mainstay again for a long time to come.

That, of course, doesn't happen without a viable competitive scene.

Samurai Shodown is already confirmed for Evo 2019’s main game lineup, which says it all about the plan.

The game will still be new by the time one of the biggest fighting game events on the planet kicks off, so it is impressive to see it up there with heavyweights of the genre, and it also presents a critical chance for it to capture the hearts and minds of the community.

The game certainly has the feel of one that can succeed.

Footsies gameplay isn't always the most popular viewing material, especially if it isn't done right. Viewers can only watch the neutral dance between players so long before things get boring.

But footsies works here because of the lethality of moves and tension created when a player announces a try for a major move that comes with huge risk. The threat of the footsies dance makes it fun and brings an "anyone can win" element to almost any match.

This should go over well in the greater esports community. Those top-tier players who master not only their preferred characters but the mechanics should shine when properly reading and punishing other top players. Call it a little bit of an anime-fight feel—even the slow power buildup throughout a round can only end in a violent rush of an ending that cashes in on the mountain of anticipation.

Given the strong online suite, extensive training and overall options and mastery of a niche, Samurai Shodown should stick as a main player in the esports scene for a long time.

The key was a big arrival as opposed to simply getting lost in the mix and forgotten, so carving out big mindshare at Evo 2019 was the best possible move for the series.

The fighting game genre has dramatically changed since Samurai Shodown's initial debut. This is apparent first in the visuals compared to something like Dragon Ball FighterZ. This isn't a bad-looking game by any means, and the gameplay is still tried and true, but expectations should be tempered accordingly.

Even so, this reboot/prequel stands firmly on its own two feet thanks to mastery of a thrilling niche, which happens to offer the same highs for both players engaged in battle and those merely watching it from a distance.

In this sense, Samurai Shodown is almost timeless, with weighty weapon-based combat that feels different from anything else on the market.

The love and attention to detail via the depth of the game's systems are worthy of praise and figure to not only give the game a long stay near the top, but also to revitalize the series as a whole—meaning this could merely be a superb launching point to something even bigger.

2K League to Host Games at New Venue in Manhattan 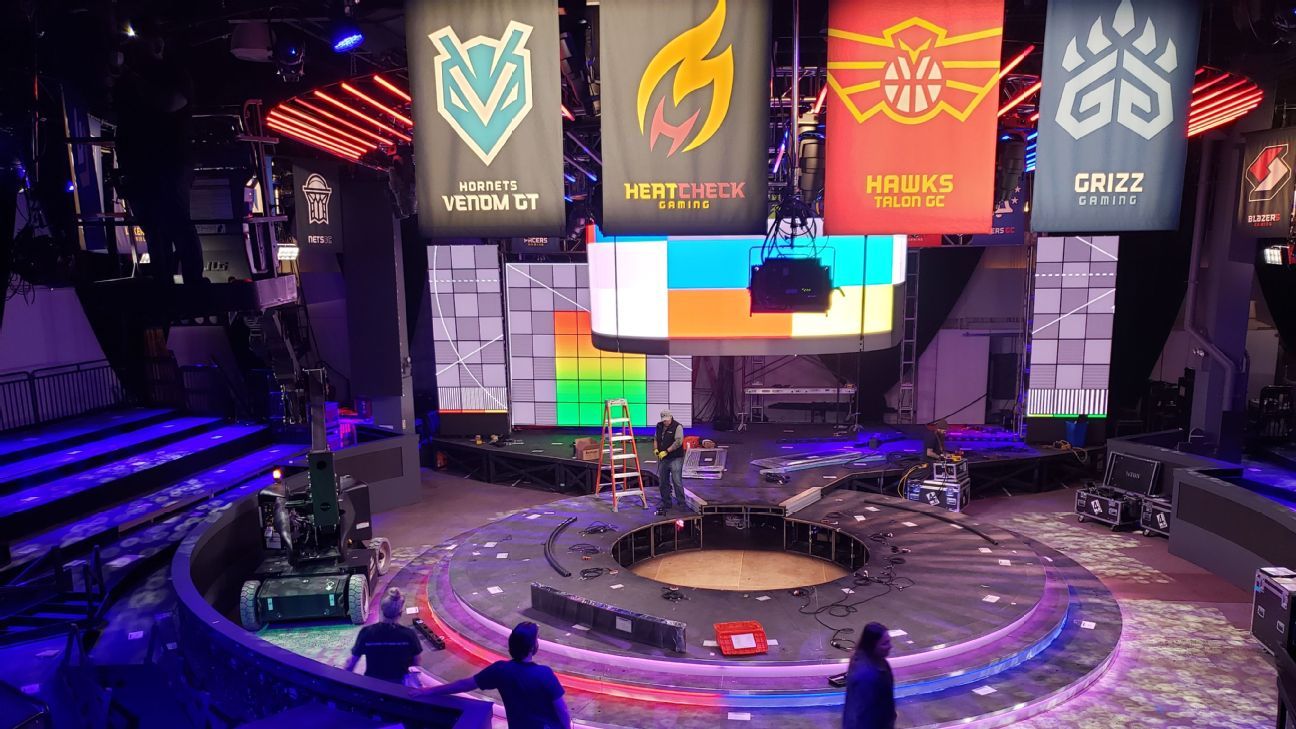 2K League to Host Games at New Venue in Manhattan 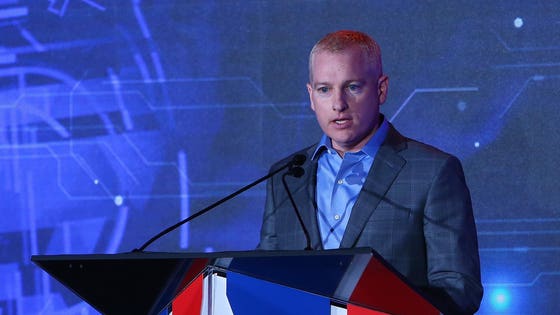 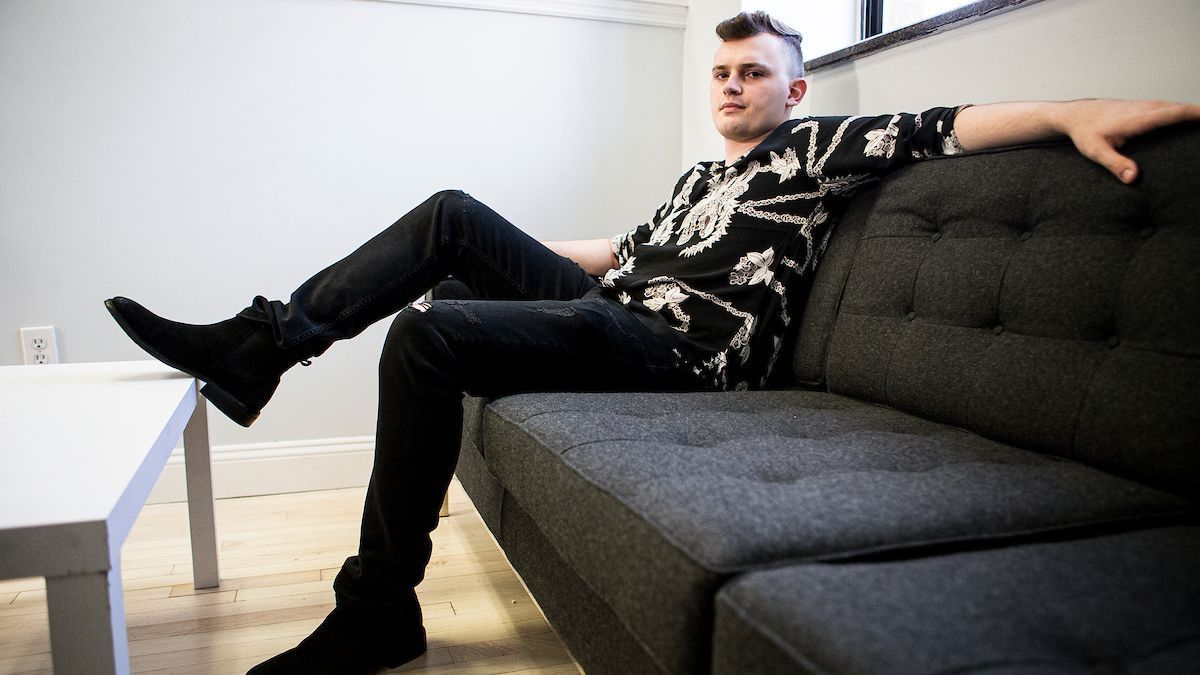