The Brooklyn Nets are reportedly "gaining confidence" in their ability to sign Kevin Durant in free agency.

ESPN's Brian Windhorst reported as much Friday on The Jump, and former NBA center Kendrick Perkins added that he believes the Nets are the "front-runners" to sign KD. Windhorst noted that Perkins is "not the only person involved with the NBA" who has said that.

Both Windhorst and Perkins also said they are not ruling out the New York Knicks as a landing spot for Durant.

Durant will become a free agent this offseason if he declines the $31.5 million option in his contract for 2019-20 as expected.

The biggest question mark regarding KD is his health since he tore his Achilles in Game 5 of the NBA Finals. Because of that, he may miss the entire 2019-20 season, which means he would not play in another game until the age of 32.

Even so, signing Durant to a max contract is likely a risk worth taking since he is a 10-time All-Star and two-time NBA Finals MVP.

The Nets have room for two max contracts on their roster, meaning they could pair Durant with another superstar. Point guard Kyrie Irving appears to be the likeliest candidate.

SNY's Ian Begley reported this week that other teams in the NBA believe the Nets are the "odds-on favorites" to sign Irving if he leaves the Boston Celtics.

Signing Durant and Irving would likely result in Brooklyn allowing restricted free agent D'Angelo Russell to sign elsewhere. If the Nets only sign Durant, though, they may re-sign Russell and pair him with KD moving forward.

In the scenario that sees Brooklyn sign both Durant and Irving, the Nets could look ahead toward 2020-21 at a roster that would potentially include KD, Kyrie, Spencer Dinwiddie, Caris LeVert, Rodions Kurucs and Jarrett Allen.

Brooklyn took a big step forward last season by going 42-40 and reaching the playoffs as the No. 6 seed in the Eastern Conference, but Durant and possibly Irving would make the Nets a potential title contender down the line. 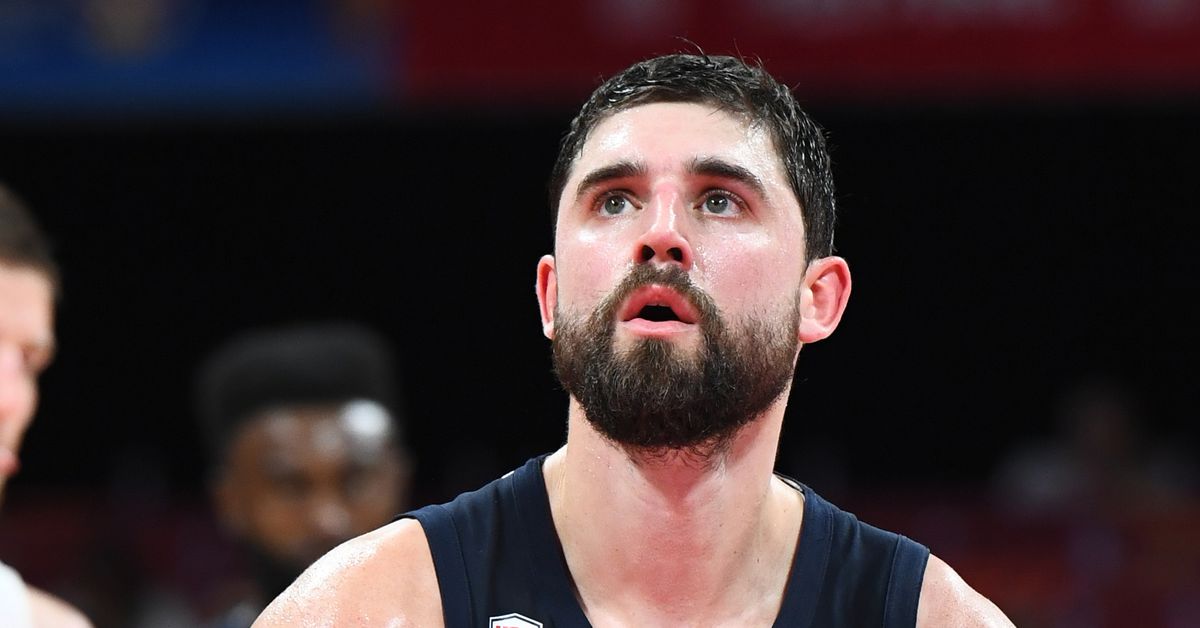