The Baltimore Ravens are adding more depth to their receiving corps by agreeing to a deal with Michael Floyd.

Per ESPN's Jamison Hensley, Floyd's deal with the Ravens is pending the results of a physical.

The Ravens have spent this offseason reshaping their offense in an attempt to maximize Lamar Jackson's ability. The second-year quarterback showed promise last season by going 6-1 in seven starts and accounting for 1,896 combined passing and rushing yards.

Jackson only completed 58.2 percent of his attempts, which would have ranked 31st out of all starting quarterbacks if he threw enough passes to qualify for the leaderboard.

Baltimore's first step to address its passing game was selecting Oklahoma star Marquise Brown with the 25th pick in this year's draft.

Floyd is a wild card at this point in his career. The 29-year-old had just 100 yards on 10 receptions with the Washington Redskins in 2018. That was another team with a questionable passing game, especially after Alex Smith's season ended in Week 11 with a broken right leg.

If the Ravens use Floyd in a more wide-open system like he had in his first four seasons with the Arizona Cardinals, he's got the ability to be a big-play threat down the field for Jackson. 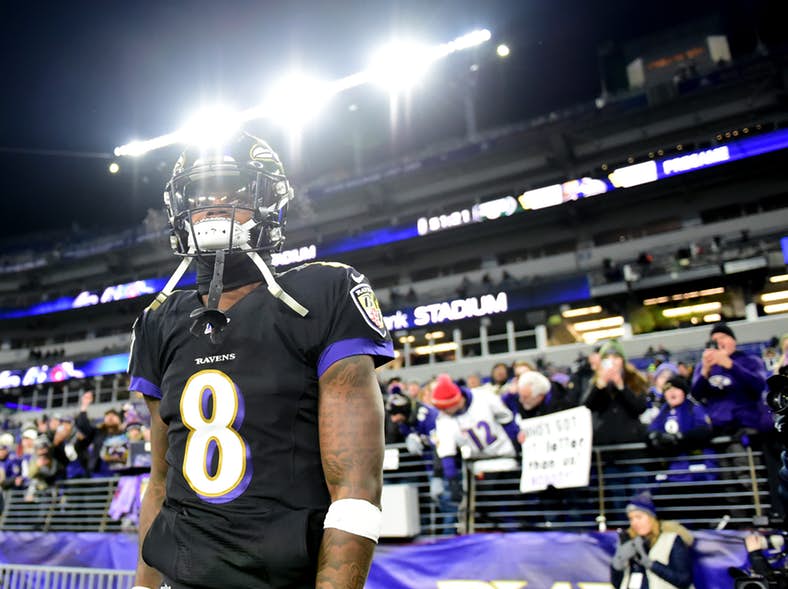