Bryson DeChambeau kept his place at the top of the 2019 Masters leaderboard in the early action on Friday at the Augusta National Golf Club in Augusta, Georgia.

The day got off to a wet start with rain affecting the early starters, including DeChambeau, Brooks Koepka, Phil Mickelson, Ian Poulter and Dustin Johnson.

The weather is likely to be a factor over the coming days, as more rain and storms are forecast for Sunday, according to meteorologist Jamie Arnold:

Rain and possibly severe storms will be an issue for the final day of the Masters in Augusta on Sunday. Thankfully for Monday After the Masters, a few sunrise showers will quickly move out. https://t.co/G3o6MjIwGB

Here's a look at the latest scores from Friday's play. The full leaderboard can be found at the official Masters website.

Latest Scores From Friday's Second Round 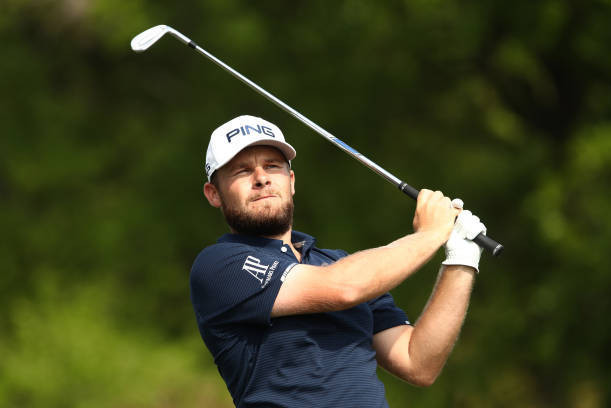 Koepka endured an eventful start to his second round. The joint overnight-leader got off to the perfect start with a birdie at the first, but he hit trouble at the second with a hooked tee shot into the trees.

He was forced to take the drop and ended up with a double bogey after missing a tough putt, but he responded well with a birdie at the third that drew praise:

After a crushing double bogey #2, Koepka bounces right back with a birdie at #3 to get back to -6. That's the type of response needed to win major championships. #themasters

The 28-year-old did not drop a single shot in his opening round, but a missed putt at the fourth handed him another bogey to drop him back to five-under.

Meanwhile, DeChambeau was enjoying a far more straightforward start. Two careful putts at the second gave him his first birdie of the day and put him out on his own at the top of the standings.

Mickelson was also on the move in a landmark round for the 48-year-old at Augusta:

On his 100th round at Augusta.... Mickelson now just one off the lead at #TheMasters

The three-time champion picked up an early birdie at the second to rise up the leaderboard as he continues his bid to become the oldest winner of a major.

Elsewhere, Jason Day looked good early on Friday and appeared to show no ill-effects from a back injury that troubled him during his opening round.

The Australian started strongly with birdies at the second and the fifth and drew praise for his performance:

It should be noted that Jason Day, who pulled his back picking up his daughter on the practice green yesterday, then lumbered thru 18 holes, grimacing after each step, is T-5 at the moment. That's what we call grit.

Poulter remains in contention just behind the leading pack despite dropping a shot at the first, while Tiger Woods, Rory McIlroy and Jon Rahm all tee off later in the day as the action starts to hot up at Augusta.