Georginio Wijnaldum is remaining calm regarding his Liverpool contract situation, despite having had no talks with the club regarding a new deal.

The Reds have tied down seven first-team players to new long-term deals in the last year, including Mohamed Salah, Sadio Mane and Roberto Firmino, but they are yet to approach the Dutchman.

"No, I did not speak with the club yet," Wijnaldum said, per the Liverpool Echo's James Pearce. "That is something for the club. I will see what happens. I signed a five-year contract and I am still under contract. I just do my job to perform. A new contract has to come from the club."

The 28-year-old, now in his third campaign at Anfield, will have two years remaining on his contract come the end of the season.

Wijnaldum was somewhat underwhelming in his first two seasons with Liverpool, largely because he struggled for consistency. He has been much improved in this campaign, though.

Liverpool writer Henry Jackson and BBC Sport's Emma Sanders believe he has been one of the Reds' top performers this season:

@HenryJackson87 No debate for me. Easily those three.

Bayern Munich winger Serge Gnabry also singled him out before the likes of Salah, Mane or Virgil van Dijk ahead of their UEFA Champions League tie with Liverpool, per Goal's Ronan Murphy:

Bayern Munich's Serge Gnabry on who Liverpool's key player is: "Georginio Wijnaldum. When I watch Liverpool games, he's everywhere. He works in the background, bridging the spaces between defence and midfield and has a very large impact on the Liverpool game." [Goal/DAZN] #LFC

He's a reliable and calming presence in possession, and he's also versatile. Having played in a more attacking role at previous club Newcastle United, he has been deployed in a deeper position with Liverpool.

His adaptability has been useful, though as a result of his different role he has been less effective in making attacking contributions.

Wijnaldum scored 11 goals in 40 appearances for the Magpies, but he has just 10 in 127 games for the Reds.

Nevertheless, his performances this season could well have earned him a new deal. It would come as little surprise if the club move to extend his stay in the near future. 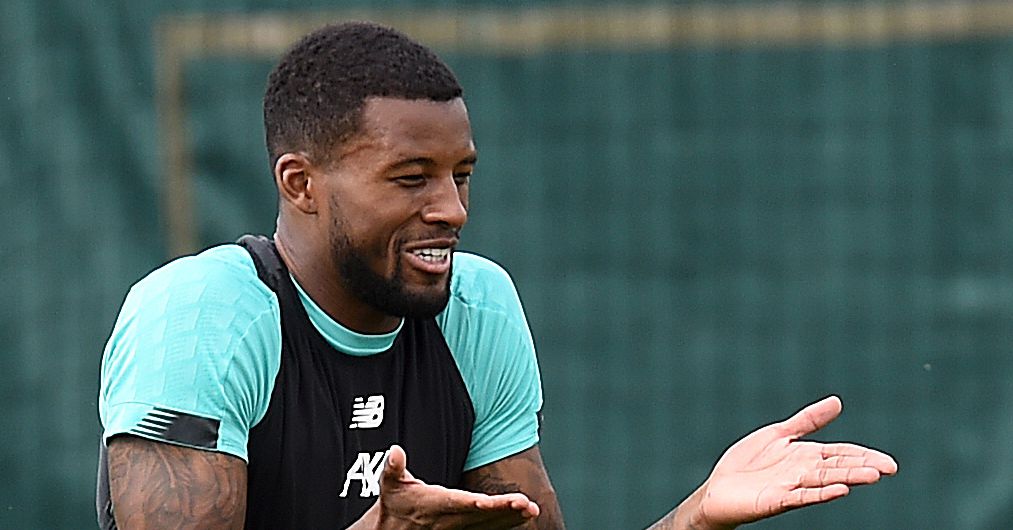