New York Knicks owner James Dolan reportedly had a heckling fan thrown out of Madison Square Garden in the closing minutes of Saturday's 102-94 home loss to the Sacramento Kings.

In video obtained by TMZ Sports, a fan yelled for Dolan to "sell the team" while the owner was exiting the arena. In response, Dolan called the fan "rude" and said, "Enjoy watching them on TV." At that point, witnesses said police officers and security questioned the man before they asked him to leave the venue.

The Knicks released the following statement regarding the incident after the game: "Our policy is and will continue to be that if you are disrespectful to anyone in our venues, we will ask you not to return."

The Knicks did not confirm whether Dolan formally banned the fan from attending future games.

Notably, Dolan banned former Knicks star Charles Oakley from Madison Square Garden after the pair got into a verbal altercation during a 2017 game. Oakley then had a physical altercation with security personnel.

While the assault charges against Oakley were dropped, he agreed to a one-year trespass order, preventing him from appearing at MSG. 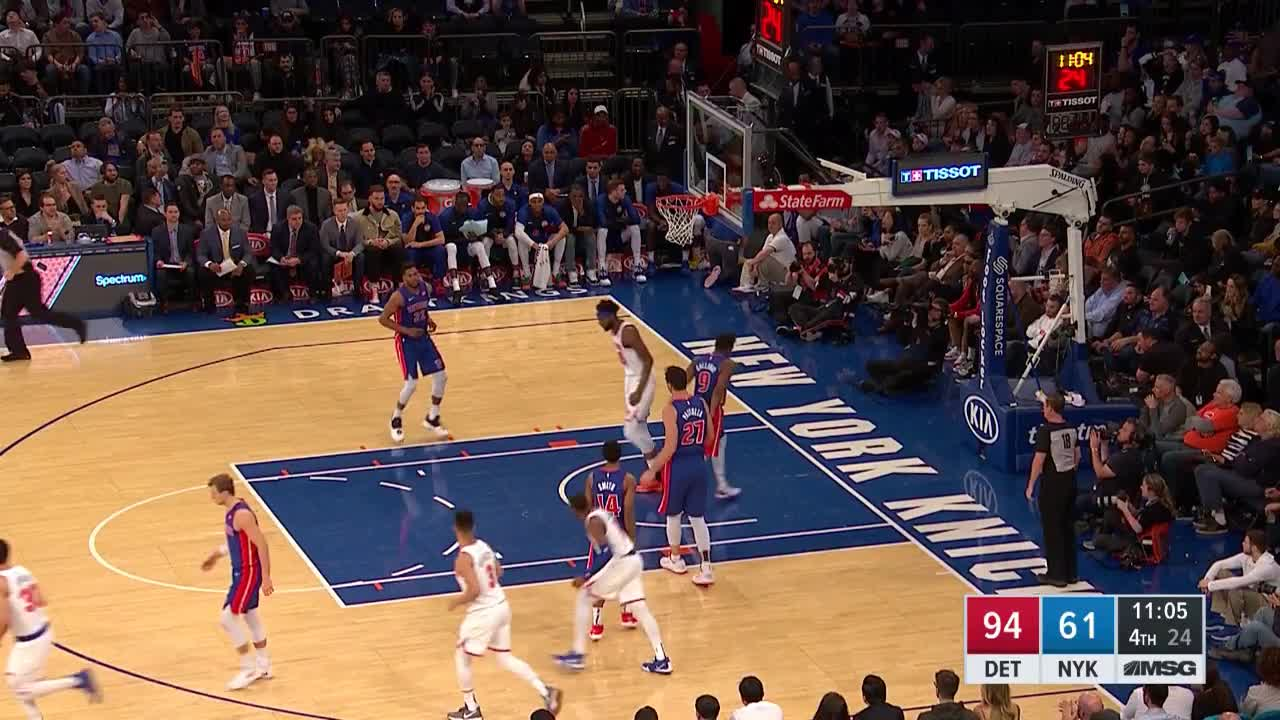 In April 2017, Dolan took issue with another fan who told him to sell the team. The owner admitted to calling the fan an "assh--e" and said he instructed security to prevent the fan from entering the arena.

There have long been rumors that Dolan would consider selling the Knicks, but there is no sign that anything is imminent. In February, the Knicks released a statement that called a report by Bill Simmons of The Ringer in which he said the owner was "courting offers" for the Knicks "100 percent false."

Under Dolan, the Knicks have been a long-suffering franchise. They will miss the playoffs for the sixth consecutive year, and they have reached the postseason just three times in the past 15 years.

This season, the Knicks are an NBA-worst 13-53. They also parted ways with their most promising player when they traded Kristaps Porzingis to the Dallas Mavericks after they couldn't secure a long-term commitment from him.

The Knicks are in disarray, and the incident between Dolan and a fan during Saturday's game illustrates how frustrated the team's fans have become.

Only if these players don't play

@RicBucher will be answering your questions in app at 4ET

Can a slimmer Jokic help Denver make a serious title run? B/R details some issues Nuggets need to fix during the playoffs 📲