Last week, the NBA formally proposed lowering the draft-eligible age from 19 to 18, per USA Today's Jeff Zillgitt. If the proposal passes, it means elite prospects would have the option of declaring for the NBA draft straight out of high school.

This is something that has been informally discussed for several years and a change that NBA Commissioner Adam Silver has seemed open to making. Now that the gears are finally in motion, the one-and-done era of college basketball could be over as early as 2022.

For the players, it would be a most welcome shift in policy. Even if there are just a handful of players who exercise the prep-to-pro option each year, that's better than making them go through the charade of pretending to care about school while risking injury. Zion Williamson's tweaked knee sparked the debate last week, but it's freshmen like Bol Bol (fractured foot) and Darius Garland (torn meniscus) who are actually suffering.

NBA teams, fans and owners are likely less thrilled with the proposal, since the current mandatory year of college often exposes the highly touted recruits who aren't ready for the Association.

Just in the past five draft classes, Andrew Harrison, Cliff Alexander, Skal Labissiere, Cheick Diallo, Harry Giles and Trevon Duval were arguably top-five prospects in their respective years and likely would have been the caliber of guys who went straight from high school to the lottery. After they played in college, though, two of the six ended up going undrafted and none went higher than 20th.

Waiting an extra year to get the uber-talents has been a small price to pay to avoid wasting a lottery pick on the next Kwame Brown, Robert Swift or DeSagana Diop. 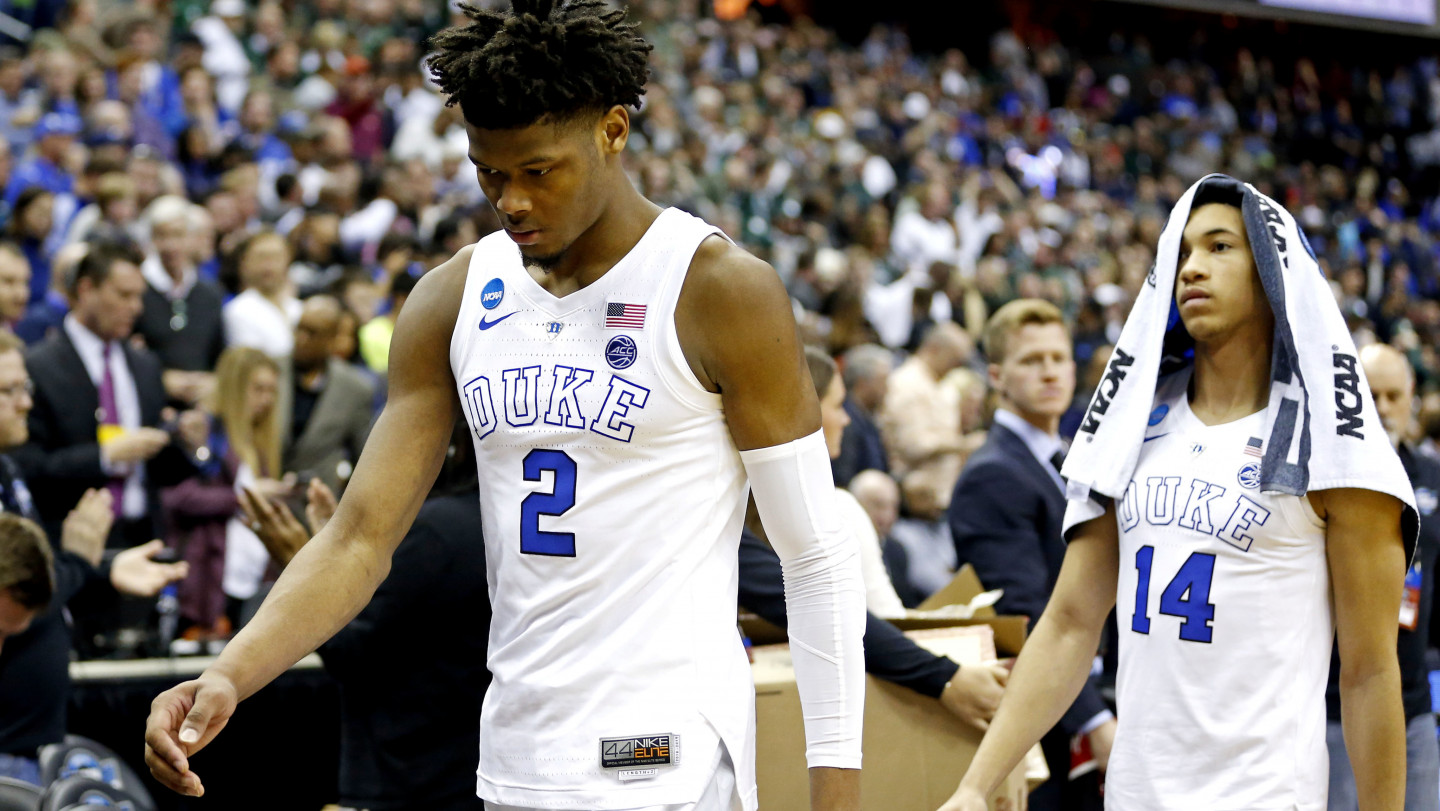 But how is this going to impact college basketball—the toll booth operator on the superhighway separating McDonald's All-Americans from their millions?

Speaking as someone who loves college hoops and rarely watches the NBA outside of the occasional playoff game when there's nothing better on, this change would be a bit of a bummer.

Don't get me wrong: I absolutely want the proposal to pass. It's mind-numbingly stupid that 18-year-old kids who know they are worth tens of millions of dollars are required* to first take an unpaid, one-year detour through sociology papers and communications exams before they can profit from their talent. Still, getting to see a few months' worth of guys like Kevin Durant, Derrick Rose, Anthony Davis, Andrew Wiggins, Ben Simmons, Lonzo Ball and so many others has been a blast.

*They could play internationally for money or go straight to the G League, but there's a reason that the only guys who seem to go that route are the ones with likely NCAA eligibility issues. One year of college technically isn't the only option, but it is by far the best option currently on the table.

College basketball will survive without those superstars, though, just like it did before the age minimum was put in place prior to the 2006 NBA draft.

Honestly, the college game might be better off without that roughly 0.2 percent of the player pool.

Allow me to explain.

For starters, there will always be stars in college basketball, even if the most talented teenagers never play a game at this level. Just in the past eight years, there was Frank the Tank, Russdiculous, Dougie McBuckets, Jimmer Mania and whatever nickname you want to give the Connecticut championship runs fueled by Kemba Walker and Shabazz Napier.

Those weren't one-and-done guys. They were all juniors or seniors, and most of them were 3-star recruits. But they are the most memorable college basketball players/stories of the 2010s. The four-month phenoms are loads of fun, but the four-year players are the fan favorites who make the game so great.

Moreover, the quality and variety of coverage of the sport would improve almost immediately.

Do you realize how many great stories aren't being written by the major publications because we're all being asked to churn out as much Zion Williamson content as possible? You say you're sick of reading about him, but just like with Trae Young last year and LaVar Ball the year before that, your clicks tell another story.

This is why there are probably 100 or more articles about Zion for each piece being dedicated to the likes of Caleb Martin, Cameron Johnson or Josh Perkins, fifth-year seniors who are crushing it—even though we would love to write about those veterans.

(Also, if most of the lottery picks are coming straight out of high school, perhaps college basketball analysts can stop pretending to be NBA draft scouts and just focus on what we know.)

Speaking of Trae Young, there will still be unbelievable talents who leave after one season. Young wasn't a consensus top-20 recruit in the 2017 class and wouldn't have been one of the top candidates to jump straight to the NBA. Same goes for Shai Gilgeous-Alexander, who wasn't a consensus 5-star recruit prior to becoming a lottery pick. And certainly Zhaire Smith wasn't a one-and-done candidate as the No. 194 player in last year's class, but he went 16th in the draft anyway.

As far as we know, the proposal isn't to make kids either jump straight to the NBA or commit to multiple years in college. There will still be the option to bolt after one year, and there's no doubt it will be exercised by quite a few players each year.

And maybe I'm being naive on this last point, but letting guys go straight to the NBA could even slightly clean up the seedy underbelly of recruiting. There will still be coaches who try to bend the rules or operate outside the law entirely, but if the most talented (read: marketable) players don't have to pick a college anymore, the shoe companies shouldn't be funneling money through back channels to influence those decisions, either.

Oh, and the NCAA tournament is still the greatest sporting event held on an annual basis, and it will continue to thrive with or without lottery picks.

So don't shed too many tears for college basketball if and when the rule changes. There will be fewer NBA fans dropping in for the occasional glimpse of the next big thing, but the real college hoops fans will still have plenty to love.

Just like when Kobe Bryant, Kevin Garnett, LeBron James and Dwight Howard passed us by, we'll be OK.