The excitement is only building as Super Bowl LIII draws ever closer. The countdown to Sunday's kickoff in Atlanta is creeping toward hours instead of days.

Game plans are installed, and media responsibilities are mostly finished, so it's simply a matter of waiting for the New England Patriots and Los Angeles Rams to take the field.

As Tom Petty once said, the waiting is the hardest part.

In the meantime, we're looking back at a significant storyline that emerged along with the injury report. That follows a rundown of when and how to watch Super Bowl LIII. 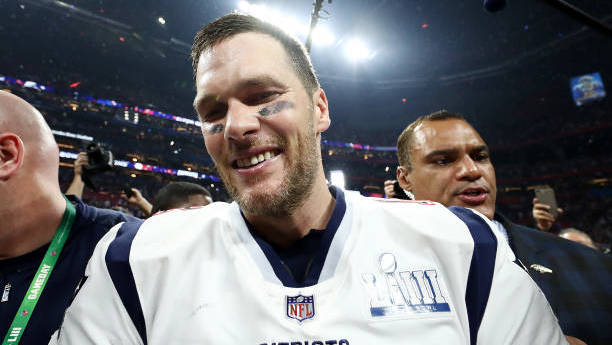 Spread and total via OddsShark.

Were you wishing the legendary quarterback might ride off into the sunset? Were you hoping he wouldn't retire just yet?

If you fit the latter category, be thrilled.

During an interview with ESPN's Jeff Darlington, Patriots signal-caller Tom Brady said there is a zero percent chance he will retire. The 41-year-old reiterated a desire to play until he's 45.

"Like I've said before, it's very hard to make it that far," he said. "I know how hard it was this year and the commitment it takes, and hopefully I've learned from some of the things that happened this year to be better next year. But every year is tough."

Brady's existing contract runs through the 2019 campaign, which will be his 20th career season. Patriots owner Robert Kraft told the media he's prepared to offer Brady an extension.

New England has reached the Super Bowl in three straight years and four of the past five. With Brady set to return in 2019 and potentially beyond, that trend might not be ending anytime soon.

While both teams have a relatively clean bill of health, the names on the injury report are notable.

New England defensive tackle Malcom Brown (calf) was a limited participant in practice. While his snaps have dipped in the playoffs, he's a key component of stopping the run.

If Brown is limited, either Danny Shelton or Adam Butler are likely to hold an increased role. No matter who's on the field, the interior of the Pats defensive line will be crucial to stopping Todd Gurley and C.J. Anderson on the ground.

Los Angeles had one limited participant and one unavailable player in kicker Greg Zuerlein and safety Blake Countess, respectively.

There's good news for both players, though. According to Charean Williams of NFL Media, Rams coach Sean McVay expects both Zuerlein and Countess will be ready.

Zuerlein has connected on seven of his eight field-goal attempts this postseason, including the game-winning 57-yarder to defeat the New Orleans Saints in the NFC Championship Game.

Countess is the backup to strong safety John Johnson III.