The Cleveland Cavaliers did right by Kyle Korver by reportedly trading him to the Utah Jazz on Wednesday, but the move wasn't popular inside of the Cavaliers locker room.

ESPN's Adrian Wojnarowski broke the news that Cleveland had dealt Korver to Utah in exchange for guard Alec Burks and two future second-round picks. Hours later, The Athletic's Joe Vardon reported that multiple Cavs players were "upset" by the news, as Korver was one of the team's best three-point threats.

However, at least one veteran understands that in the NBA, business comes first.

"At the end of the day it's a business and anyone can get moved," Tristan Thompson told Vardon. "If the trade is right and it adds up, then someone can get moved unless you have a no-trade clause. I don't know who has that. So the only two guys that are safe in the NBA are Bron and Steph Curry. Everyone else, you can be moved. All you can do is control what you can control. Come in, play hard every day, do your job and don't get in trouble."

It's important to note that moving Korver was part of a gentleman's agreement previously made by the guard and the organization. According to Vardon, when Korver re-signed with the Cavs to a three-year, $22 million deal back in July 2017, he asked that the team either trade him or buy him out should LeBron James leave in free agency in the summer of 2018.

Well, James wound up signing with the Los Angeles Lakers this past July—but the Cavs had yet to make good on their agreement. That changed on Wednesday.

With James gone and Kevin Love injured, Cleveland (4-16) is in clear rebuild mode. Coach Tyronn Lue was fired following a 0-6 start, one in which he and the organization did not see eye-to-eye on how to allocate minutes throughout the roster, per Vardon. Ultimately, Lue lost his job, and JR Smith has since left the team. 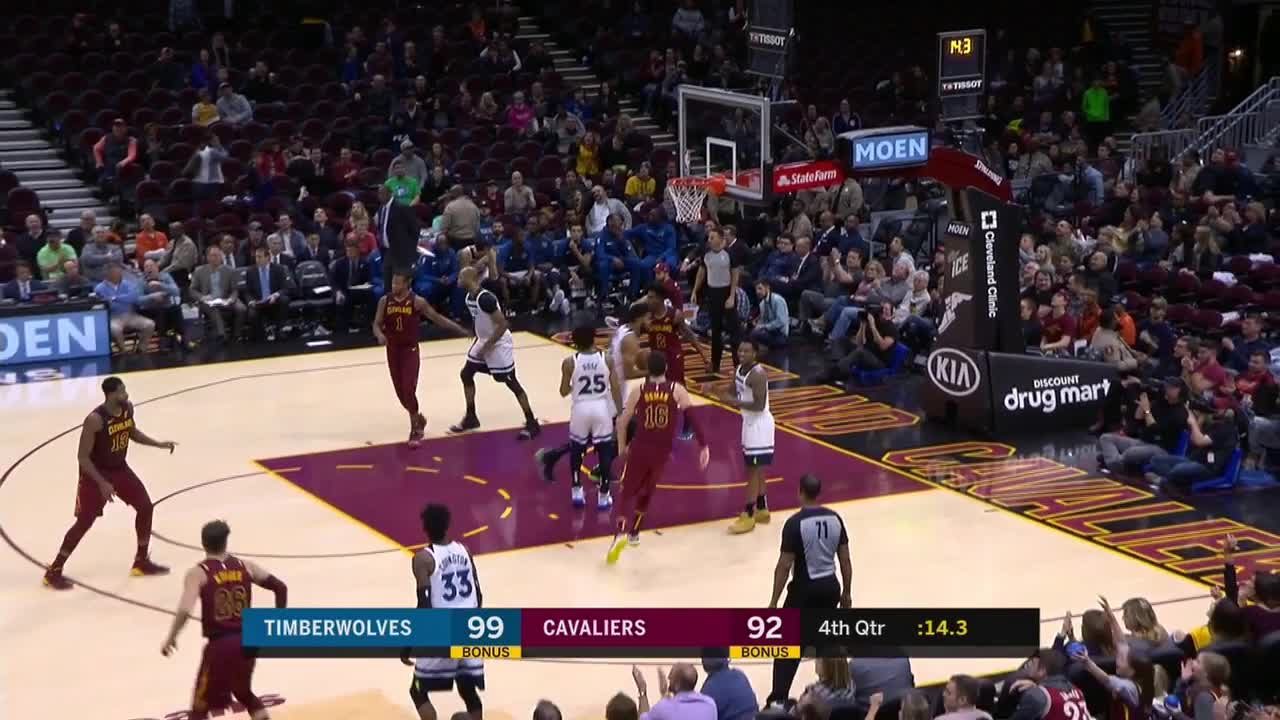 Korver was the next domino to fall.

As Cleveland has attempted to go young this season, the 37-year-old Korver saw a drastic drop in minutes. His 15.7 minutes per game were his lowest since his rookie season back in 2003-04.

Korver's perimeter shooting played a key role in helping the Cavs reach the Finals in each of the past two seasons. Despite a reduced role this season, he was still shooting 46.3 percent from beyond the arc through 16 games. That won't be easy for a rebuilding squad to replace, although Cleveland (36.2 percent) ranks eighth in three-point shooting this season.

Dealing a reliable three-point shooter figures to make it tougher for an already-struggling team to win games. And according to Vardon, that's part of the reason the deal is tough for some players to swallow.

While there are some in the Cavaliers locker room who may be angry with the trade, Korver can't be too upset. Not only is he going to a team with playoff aspirations, but he is returning to a place he played from 2007 to 2010. More notably, Utah is where he met his now-wife.

That said, leaving Cleveland isn't necessarily easy for the veteran.

"I think just overall I'm really grateful for my time in Cleveland," Korver told Vardon. "So many amazing opportunities. Incredible teammates. Relationships that I'll take with me for the rest of my life. The fans have really embraced me and my family. I've never heard 'thank you' so many times from fans, even after harder moments. Cleveland fans are who you want to play for."

Utah (31.9 percent) ranks 28th in perimeter shooting. Adding one of the best three-point shooters in NBA history should help fix a glaring weakness and could potentially help the Jazz (10-12) get their season on track.