Four of Atlanta Falcons wide receiver Julio Jones' relatives were injured in a shootout at an Alabama trailer park on Sunday.

Baker was shot in the abdomen, while the Dickerson brothers and Jones were injured when Baker's roommate returned fire.

Mack noted that it isn't yet known why the men confronted Baker.

The Dickersons are Royald Jones' cousin, and Baker is their half-brother. Mack said Julio Jones is either an uncle or cousin to the men.

Baker, Jones and Tamarius Dickerson were all brought to the hospital in critical condition, but Jones and Dickerson are now stable, per Haress.

Jermain Dickerson has been released from the hospital.

Charges are forthcoming, and Mack said they could include murder if Baker dies as a result of his injuries.

Julio Jones is a Foley, Alabama, native who attended the University of Alabama for three seasons before the Falcons selected him with the No. 6 overall pick in the 2011 NFL draft.

Jones has gone on to become a five-time Pro Bowler and two-time first-team All-Pro, and he is on pace to add to those accolades this season having already reeled in 73 receptions for an NFL-leading 1,158 yards, along with three touchdowns.

What Was the Greatest Season by a Falcons DE? 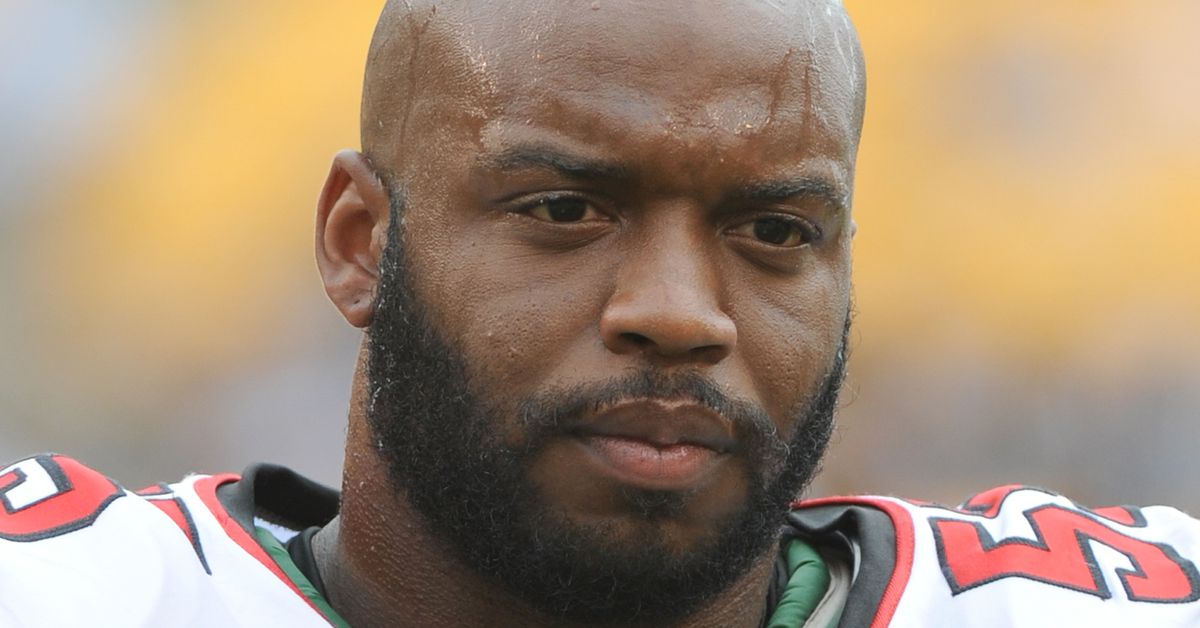 What Was the Greatest Season by a Falcons DE?