A new-look Spain will attempt to come back from successive defeats when they welcome friendly opponents Bosnia and Herzegovina to the Estadio Gran Canaria on Sunday.

This venue hasn't hosted an international fixture since November 2007, and Spain will seek to maintain their 100 per cent winning record at Las Palmas' ground.

Spain are also hoping to bounce back from their most recent outing at home, when they fell 3-2 to England in Seville in September. They lost to Croatia by the same scoreline on Thursday thanks to Tin Jedvaj's late intervention.

Bosnia and Herzegovina are unbeaten in their past nine games under manager Robert Prosinecki, who took over at the start of 2018, notching five wins and four draws.

Spain manager Luis Enrique has selected a number of new faces and inexperienced stars who will be hoping to correct the mistakes of Thursday's defeat in Croatia and end the international break on a high. 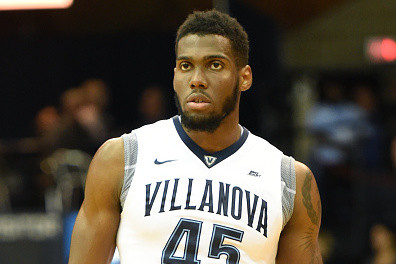 Spain will be wary of treating Sunday's opponents lightly given Bosnia and Herzegovina have been whipped into fine shape by Prosinecki.

If you didn’t like Rooney playing on Thursday look away now...David Silva will take an honorary kick off on Sunday when Spain play Bosnia to mark the end of his international career

Spain will have already learned their UEFA Nations League fate by kick-off, with Group A4 opponents England and Croatia set to meet earlier on Sunday. La Roja sit two points ahead of both teams and require a draw at Wembley Stadium in order to advance. A win for either side would see Spain miss the finals.

That could dictate the mood of Enrique's men going into their meeting with Bosnia and Herzegovina, for which the manager's squad selection policy earned him great praise from La Liga writer David Cartlidge:

Luis Enrique is doing something a Spain coach hasn't done in some time. He is looking past club, status etc and instead rewarding form (Hermoso), ability (Fornals) and future potential (Brais). It's refreshing.

The Dragons have adopted a much more defensive style under Prosinecki, presumably in the hope that it might allow for greater consistency and lend itself better to qualification purposes.

In their past nine games, Bosnia have won five and lost none, scoring nine times and conceding twice. They have also finished with four 0-0 stalemates. To contrast, the team had four scoreless results between October 2012 and Prosinecki's appointment in January.

They could be facing Spain at the right time if an upset is what they are after. There have been calls in Spain to drop star goalkeeper David De Gea, per AS:

¡Buenos días! Return of the Saint. fans would like to see Iker Casillas get a recall for Spain; as faith in De Gea as No.1 is slowly ebbing away. Here's today's front cover of AS: https://t.co/OSBhcrlR13

Spain haven't kept a clean sheet in their past seven games—since they edged Iran 1-0 at the 2018 FIFA World Cup—but they have also scored at least twice in each of their five games since the World Cup.

Bosnia's defensive structure has been reliable, but Spain will be the first top-class side they have met under Prosinecki. Failing to score first could see them run out of ideas in Gran Canaria.