Cristiano Ronaldo has been accused of rape by a second woman, according to the lawyer representing American woman Kathryn Mayorga, who has also accused the Juventus star of the same crime.

"I have had a call from a woman who claims to have had a similar experience," Leslie Stovall said, according to Caroline Graham at the Mail on Sunday.

Stovall did not name the woman involved but said he would pass on her details to Las Vegas police, whi have reopened an investigation into Mayorga's allegation that she was raped by Ronaldo in a hotel room in 2009. The Juventus star has denied the allegations.

On Wednesday, Ronaldo said his conscience is clear over Mayorga's accusations:

I firmly deny the accusations being issued against me. Rape is an abominable crime that goes against everything that I am and believe in. Keen as I may be to clear my name, I refuse to feed the media spectacle created by people seeking to promote themselves at my expense.

My clear conscious will thereby allow me to await with tranquillity the results of any and all investigations.

.@Cristiano Ronaldo has shown in recent months his great professionalism and dedication, which is appreciated by everyone at Juventus. 1/1

The events allegedly dating back to almost 10 years ago do not change this opinion, which is shared by anyone who has come into contact with this great champion. 2/2

Don't think it's helpful to offer opinions on serious allegations - particularly on social media - but that Juventus statement is abhorrent. 'Allegations do not change our opinion that he is a great champion' - this is bigger than sporting achievement, for goodness sake.

Finally (sorry, got angry), adding 'ten years ago' makes it sound - deliberately or otherwise - like you're saying the timescale makes the allegations less relevant. Woeful PR and lacking any decency.

Manager Massimiliano Allegri said the 33-year-old is "fine" and "Juventus have to protect Ronaldo" when asked about the Portuguese forward on Friday, per Calciomercato.com's Lorenzo Bettoni.

Ronaldo scored the second goal for Juventus in Saturday's 2-0 win at Udinese, and the reigning Italian have now won all eight league games this season.

Off the pitch, things have gone less smoothly for club and player, though. Ronaldo is the cover star of the new FIFA 19 video game, but his image has been removed from social media platforms by publisher EA Sports, per Kate McGreavy for MailOnline.

Juventus saw their shares drop by 10 per cent on Friday after criticism of their handling of the situation, per BBC News.

Sportswear giants Nike, who have an advertising contract with Ronaldo, have said they are "deeply concerned" by the allegations, per Rozina Sabur at the Telegraph. The contract is said to be worth $1 billion (£768 million) and "could be at risk."

Ronaldo has yet to respond to the fresh allegations. He will not be in action over the international break after being left out of the Portugal squad to face Poland and Scotland. 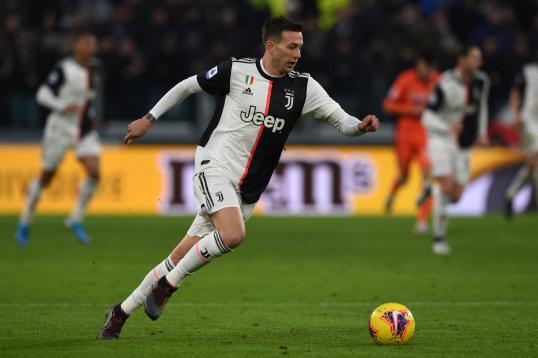