Buffalo's underwhelming performance Sunday against Cincinnati, in which the Bengals defensive front overwhelmed rookie quarterback Josh Allen and the offense, placed a spotlight on how poorly constructed the Bills roster is.

Sean McDermott's squad doesn't look ready for the regular season. The preseason may be for tinkering, but the Bills have major personnel deficiencies that will be difficult to overcome once the games count.

Sorry, Coach; the Bills' talent needs to be discussed, because it falls well short of NFL standards. By McDermott's own admission, the team is failing itself.

Buffalo's practice habits can be brought into question since the team looked completely inept with the first-team offense and defense on the field against the Bengals.

Sure, preseason doesn't count. Other franchises made a mockery of the supposed "dress rehearsal." But the Bills played their top units against Cincinnati—minus any projected starters dealing with injuries, of course—and looked awful.

What did everyone see? Failings at quarterback, offensive line, the skill positions, pass rush and cornerback.

Allen is being set up to fail after starting the third contest. He appears well on his way to becoming the team's starter even though it's obvious he's not ready to shoulder a professional offense.

Allen is what he is: a project. There's nothing wrong with that, but he's going to be rushed into the lineup sooner rather than later because alternatives are lacking.

The organization spent the offseason positioning itself to obtain a franchise quarterback prospect and drafted Allen with the seventh overall pick in April. It did so at the expense of a competent starting quarterback in Tyrod Taylor, whom the team traded to the Cleveland Browns for a third-round pick, without bringing in another option to smooth the transition from veteran signal-caller to unproven rookie.

McDermott contended Allen's start was part of the plan and won't name a starter. Nathan Peterman continues to be the offense's best immediate option as AJ McCarron nurses a shoulder injury.

"He has shown that consistency, which is good to see," the head coach said of Peterman to reporters. "[He] has shown some poise and understanding of how the NFL works in terms of defensive schemes. I've watched him grow and develop and [there is] still more work to do, but I think he ... has been consistent, which is important at the quarterback position."

Last year's fifth-round pick isn't the most exciting option. However, he is the most prepared. Peterman completed 16 of 21 passes Sunday for 200 yards and a touchdown, albeit against the Bengals' second-team defense.

"It was made pretty specifically clear to me that Nathan Peterman was still very much in [the QB competition]," NFL Network's Ian Rapoport reported (via Nick Wojton of USA Today's Bills Wire).

Allen, meanwhile, brings a certain amount of titillation, because his arm strength is breathtaking—even when the pass sails past his intended target. The rookie has completed only 54.5 percent of his passes through three preseason contests.

It's not completely Allen's fault, though. Sure, he misses some passes, but he's been under constant duress. Cincinnati accumulated more sack yardage (39 yards) than the quarterback had passing yards (34).

"Getting out there with the first team, obviously it's moving really fast," Allen admitted to reporters. "To see that speed, it was eye-opening. They have a really good defense. They came out and they brought it. But at the same time, we had plays in place that could've worked if I got the ball out in time. It just didn't happen enough tonight."

Not everything can be blamed on an organization. Yes, the front office traded left tackle Cordy Glenn to the Bengals, because it had a successor already in place. Unfortunately, Dion Dawkins is dealing with a hip injury. Previously, Eric Wood and Richie Incognito's retirements depleted the roster's depth.

The offense line features a hodgepodge of castoffs and disappointments. Once healthy, Dawkins has the potential to secure the left spot. None of the other positions are settled long-term.

To make matters worse, the Bills' wide receivers lack a vertical threat or an option who can consistently separate. General manager Brandon Beane tried to make the unit better with a minimal investment in 2016 first-round pick Corey Coleman, but he's yet to make an impact after the Browns gave up on the receiver and his disappointing effort.

If Coleman starts to develop—which is a big if—his skill set is an ideal complement to Kelvin Benjamin. Last year's trade acquisition is a massive target (6'5", 245 pounds), but he's never been one to create much separation. Benjamin's game is built around his size and catch radius.

Otherwise, Andre Holmes isn't a starting-caliber wide receiver on any other roster. Zay Jones, Rod Streater, Jeremy Kerley, Malachi Dupre, Kaelin Clay and Brandon Reilly have yet to show anything other than being marginal options. Maybe one of the team's rookies—Austin Proehl, Cam Phillips, Ray-Ray McCloud or Robert Foster—emerges.

"We have to make sure we're helping [Allen] with protection and catching the football and not beating ourselves with penalties," McDermott emphasized after Sunday's 26-13 loss.

Defensively, the Bills are much sturdier, although question marks remain at defensive end opposite Jerry Hughes, as well as at cornerback.

Shaq Lawson knows this is a make-or-break season for him and received a wake-up call this offseason after hearing about potential trade rumors. Lawson still hasn't shown any consistency, and the edge lacks explosiveness beyond the 30-year-old Hughes.

Cornerback opposite Tre'Davious White has yet to be settled as well. McDermott said there's "competition at the position" between Vontae Davis and Phillip Gaines, per WKBW's Joe Buscaglia. Bengals speedster John Ross blew past Davis (twice) for a 57-yard touchdown during Cincinnati's initial drive.

A 20-year-old middle linebacker will also be calling plays in the middle of the defense. Tremaine Edmunds may be a future superstar, but some mistakes should be expected as this year's 16th overall pick acclimates himself.

Each of these problem areas symbolizes a potential stumbling block toward anything resembling a successful campaign.

Only a few other squads are in the conversation as the league's worst.

Cleveland finished 0-16 last season yet made significant changes throughout the roster. The Arizona Cardinals have a veteran quarterback in Sam Bradford to lean on (until Josh Rosen is ready or needed). The Tampa Bay Buccaneers added Jason Pierre-Paul and Vita Vea after finishing dead last in total defense a year ago. Ryan Tannehill returns to the Miami Dolphins, while the franchise underwent a locker room cleansing. A year later, the non-tanking Jets still have some issues, but they're far more settled at quarterback than Buffalo, even if a fellow rookie starts.

The Bills are lacking in too many areas, and those shortcomings will sack the season. 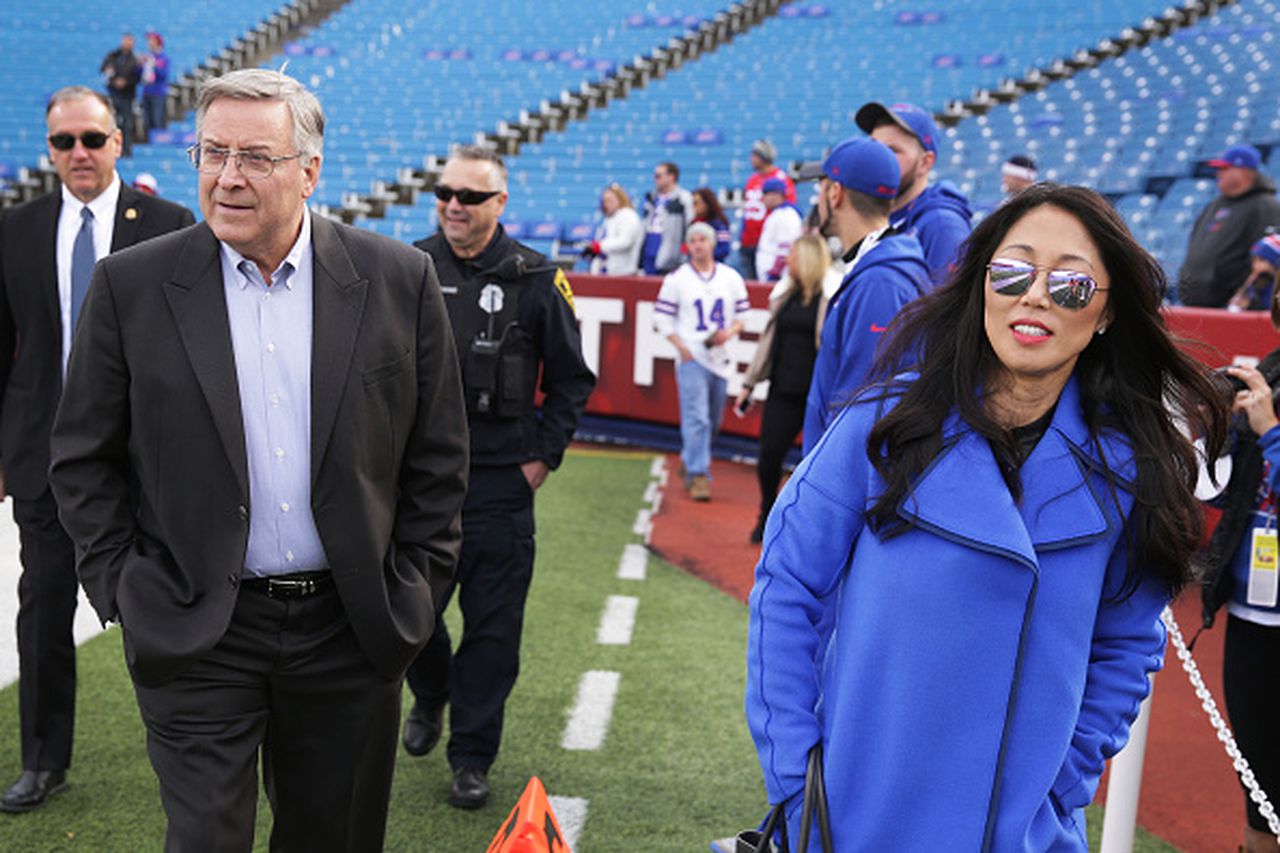