Having clinched the first jewel of the Triple Crown in wretched conditions at Churchill Downs, Justify will most likely have to conquer more inclement weather again in the Preakness Stakes on Saturday.

Rain is scheduled to be falling when the horses make their way into their posts at Pimlico Race Course. Justify, the heavy favourite to win, has already proved he can thrive with slop underfoot, producing an excellent performance to clinch the Kentucky Derby earlier in May.

The rest of the field may not mind a wet track so much, as bad weather can so often lead to unpredictability, and something out of the ordinary may be needed if Justify is to fail here.

Here's the latest race-day forecast for The Run for the Black-Eyed Susans and a preview of what has the potential to be a historic outing for Justify and trainer Bob Baffert.

According to CNN Weather, scattered thunderstorms are expected at Pimlico on Saturday afternoon. Throughout the day, temperatures will reach a high of 24 degrees Celsius.

Odds are according to OddsShark.

Before the Kentucky Derby, plenty of people were aware of the natural speed Justify possessed. But what made viewers stand up and take notice was the environment in which he thrived.

When the track is wet, things can get tough for horses and jockeys. Justify, who was ridden superbly by Mike Smith, was able to serenely cut through to the front of the field and into the lead. While the others toiled in the slop, he glided.

As we can see here, courtesy of Steve Sherack of TDN, the 2018 Kentucky Derby winner doesn't appear to have had any issues getting used to the conditions:

Baffert, who will be dreaming of a second Triple Crown since 2015 with one of his horses, doesn't expect this one to be straightforward for his colt, though, and he has talked up the merits of some potential rivals.

"We have Good Magic, who I have a lot of respect for," he said, per John Cherwa of the Los Angeles Times. "He's a champion. He's right there with us. You've got new shooters. John Servis [trainer of Diamond King]—he didn't come for the crab cakes. You've got Quip—he's a really good horse; he's fast."

As Jay Privman of Daily Racing Form relayed, Baffert has also dismissed fears about an injury the Triple Crown-chaser picked up in the win at Churchill Downs:

Justify had his left hind shoe three-quartered following the Derby to address the irritation there but already he has been re-shod in a conventional shoe for the Preakness on Saturday, per Baffert.

If the heavens do open on Saturday, it may feel poignant for Baffert. After all, when American Pharoah won the Triple Crown in 2015, the victory he enjoyed at Pimlico was amid a mud bath. He showed his quality that day to win by a sizeable margin.

Something similar is expected from Justify here. In a more challenging field at Churchill Downs, he was a class apart. And while his nearest rival, Good Magic, will be back again at Pimlico, more space will allow to favourite more room to utilise his breathtaking speed.

The tighter bends and the slightly shorter distance may give the seven challengers hope, whereas the wet track is often a ground for upsets. But having shown he can excel in such conditions, Justify will head to the Belmont Stakes with a brilliant chance of making history for Baffert once again. 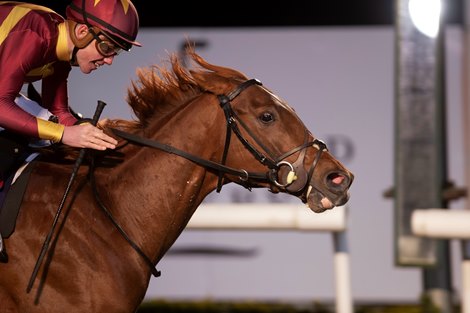 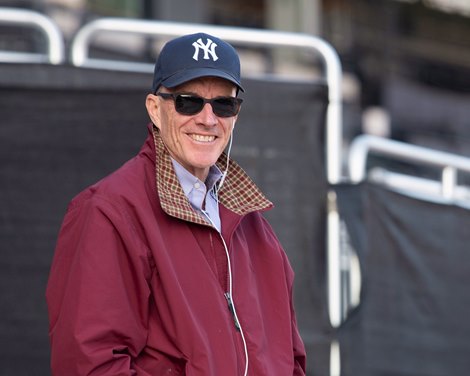