—Scheme-versatile thanks to lateral agility and length. Also has the power to anchor when lined up at center.

—Tested as a better athlete than his film showed at times.

—Injured ankle in 2017 ended his season.

—Hands get outside the pads of pass-rushers, which could lead to holding calls.

—Is high coming out of his snap.

A versatile starter who can line up in any scheme and at multiple positions, Frank Ragnow might be a first-rounder were he not coming off an injury. As it stands, he should be a top-50 selection and profiles well as a high-level starter.

Is Henry Ruggs too fast for his own good?

Tua Is Winning the NFL Combine

Tua Is Winning the NFL Combine 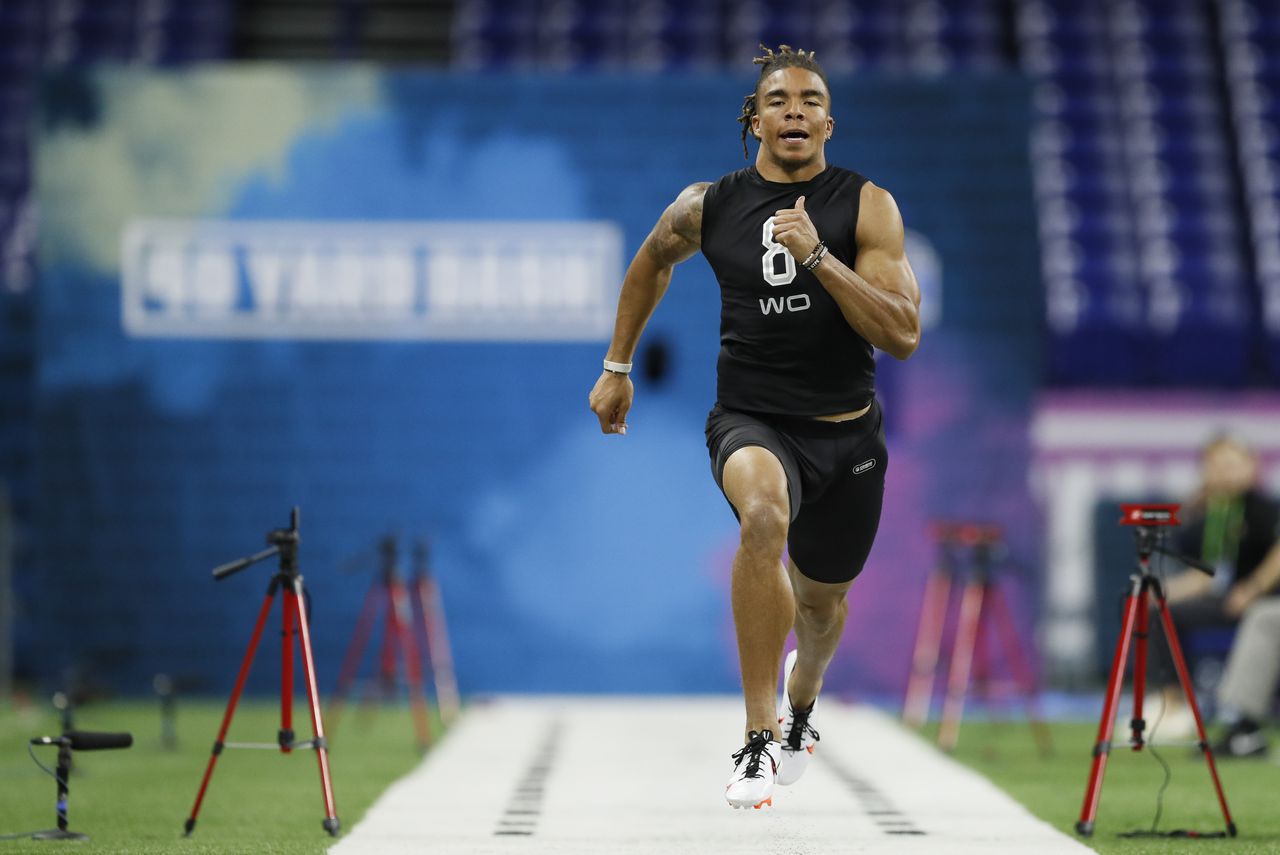