Los Angeles Galaxy have released a video featuring striker Zlatan Ibrahimovic and a lion as part of his unveiling at the club.

Manchester United confirmed on Thursday they had terminated the Swede's contract, and he took out a full-page advert in the Los Angeles Times announcing his arrival, per BBC Sport. The club then confirmed on Friday he had officially signed, via their website.

Ibrahimovic also took to social media to say goodbye to Manchester United after almost two seasons at the club, where he won the EFL Cup and the UEFA Europa League:

Great things also come to an end and it is time to move on after two fantastic seasons with Manchester United. Thank you to the club, the fans, the team, the coach, the staff and everybody who shared with me this part of my history. #foreverred https://t.co/vo1Gs3SUHL

The striker has now marked his arrival in Los Angeles in typically charismatic style, and he has previous when it comes to lions. Ibrahimovic famously described himself as a lion when discussing the Premier League's top scorers, as shown by Football on BT Sport:

"Lions don't compare themselves with humans." 🦁👏 Thanks for stopping by the Premier League, Zlatan 👊 https://t.co/FpqcJYkcgY

He also said "lions they don't recover like humans" after making his long-awaited comeback from a serious knee injury in November 2017.

Despite his bravado, Ibrahimovic only made another six appearances for Manchester United after that game as he struggled for fitness and form, and it was little surprise to see him released from his contract early.

With his career slowly winding down, a move to Major League Soccer makes sense, and Ibrahimovic has explained why he was tempted by the Galaxy, per Indy Football:

Zlatan Ibrahimovic: "I'm excited to come over and to get the experience with the Galaxy and to explore how the football is there. I want to be part of it and make it better." https://t.co/5RVmzIm9ob

However, his arrival in MLS at the age of 36 will do little to dispel the perception that the league is a retirement home for ageing stars, per sports journalist Stefan Bienkowski:

I'm trying *really* hard not hate all over Zlatan to MLS. In isolation he's still a very decent player, but in the grand scheme of things its a PR disaster for a league surely trying to move away from the retirement league criticisms.

Ibrahimovic will certainly boost the club's profile globally, and the MLS side are already making the most of his arrival, as shown by Simon Peach at BBC Sport:

The LA Galaxy aren’t messing around. Here’s some of the Ibrahimovic items already for sale https://t.co/5RVb30jGbA

The former Manchester United certainly knows how to make an entrance, but he will now have to back that up with performances on the pitch. Although he's enjoyed a glittering career, he has barely played since suffering cruciate ligament damage in April 2017, although that is unlikely to faze him.

Heading into his Galaxy debut, Javier 'Chicharito' Hernández already is a big star 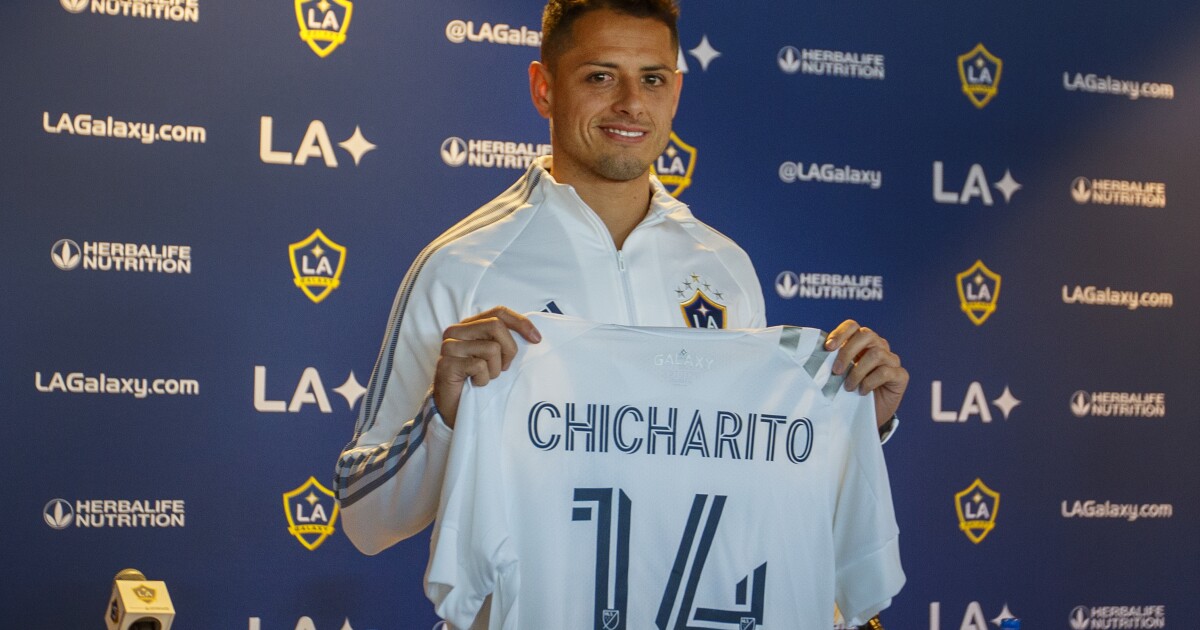 Heading into his Galaxy debut, Javier 'Chicharito' Hernández already is a big star