For Brazilians traveling to Europe in the early 2000s, no place inspired more fear than Madrid-Barajas Airport.

Situated a 15-minute drive from Madrid, Barajas is the busiest airport in Spain. It is also where thousands of European dreams have been crushed before they even had a chance to begin.

In large numbers, Brazilians often were refused entry to the Spanish capital beginning in the 2000s. It all led to a diplomatic row between the two nations and the adoption of a reciprocity principle in Brazil that tightened the rules regarding Spanish immigrants' entry into their country.

According to official reports, 1,902 Brazilians were barred at Barajas airport in 2009 alone—the largest of any one nationality. Among those who were deported back to Brazil was a 17-year-old kid who hoped to shine at one of Europe's great football clubs.

At the airport, the boy was left in tears and confusion for hours in a crowded room. His voice could barely be heard while a representative tried to explain on the phone to police officers that the distressed teenager in front of them had no intention of staying in Madrid—that he was booked to take a connecting flight straight to Marseille. Despite those efforts, the teenager soon found himself sent back to Sao Paulo.

But that wasn't the end of Roberto Firmino's dream to play in Europe, as anyone will attest upon noticing the player in the No. 9 jersey for Liverpool when he faces Manchester United on Saturday.

Not even deportation stopped the now-26-year-old Brazilian playmaker from arriving at Old Trafford as one of the Premier League's most revered and prolific players.

Indeed, the once scared and confused teen is now a man.

Traumatic as it was, if it weren't for the Barajas airport episode, Firmino's career could have followed a completely different path.

Firmino broke through in 2009 at unfashionable Figueirense, in Brazil's second tier. It didn't take long for others to notice. Arsenal was among the first. Already familiar with the Figueirense squad after it had earlier brought in left-back Pedro Botelho in 2007, the Gunners began to show an interest in the then-teenage Firmino. PSV Eindhoven also began monitoring his situation.

But French club Marseille acted first and, anticipating competition for his signing, invited him for a trial.

For most Brazilians, a trip to France means going through Spain. And Figueirense thought Firmino would be able to get through immigration in Madrid with nothing more than a letter from Marseille inviting him for a trial. Everyone soon would find out it wasn't enough.

A year after being denied moving to Europe as a teenager for legal and financial reasons, Roberto Firmino made it to the Bundesliga when he was sold to Hoffenheim in 2010.Carmen Jaspersen/Associated Press

"Marseille had asked us to let him spend a few weeks with them, and we agreed," former Figueirense director Erasmo Damiani told Bleacher Report. "Back then, every Brazilian that traveled to Spain had to present a bunch of documents, including credit card, health insurance, proof of accommodation—there was this whole restriction policy. He wasn't going to stay in Madrid; it was just a stop, but they didn't let him continue his trip."

Damiani, who worked as Brazil team coordinator during the 2016 Olympic gold-medal campaign, tried to explain the situation to Madrid officials and was asked to send an additional fax that specified how long Firmino would be training at the Stade Velodrome.

The fax was sent, but the immigration officials remained unconvinced.

Firmino broke down. His family was more than 8,000 miles away, and he was stuck in an airport without knowing a single word of Spanish.

"Roberto called his mother in Maceio (a city in northeast Brazil) in tears," Damiani said. "I had to phone Barajas Airport and tell a police officer he was a football player, but they didn't listen to me. They just decided to deport him back to Brazil."

Marcellus Portella was incensed when he heard what happened. A dentist by profession, Portella was the man who discovered Firmino and became close with his family when young Roberto was with CRB, his club before Figueirense. Portella soon became Roberto's agent and helped steer Firmino to Figueirense.

"I was so pissed off," Portella said. "I called a Figueirense board member and had an argument on the phone. They should have never done that to the kid. He was on his own in a strange place and didn't have the documents he needed."

Firmino was still in shock when he returned to Figueirense for training. He told his colleagues and coach Hemerson Maria about the embarrassment he had to go through. "Mister, they kept me in a room for hours and just offered me an apple and water," Maria remembered Firmino saying to him.

Firmino has yet to garner the name recognition that often accompanies prolific goal-scorers from Brazil, but he has impressed the country's World Cup coach, who guaranteed the 26-year-old a spot on the World Cup roster this year.Luis Hidalgo/Associated Press/Associated Press

A month later, Marseille issued a new invitation. This time, Firmino booked a flight straight to Paris. There were no problems at Charles de Gaulle Airport, but after Marseille watched Firmino among a group of other teenagers for a month, they ultimately declined to pay his release clause of around €1 million. It was back to Brazil.

No one doubted Firmino's potential on the pitch, but he was so shy that some feared his career would never take off. For a time, Firmino was so meek he was reluctant to correct others on even the most basic of misunderstandings, like his name.

"When he came to Figueirense, I was coaching the U-17 side and I spent a week calling him Alberto," Maria recalled, laughing. "Not because I wanted to play any trick and see how he would react—I really thought it was his name.

"I was 'Alberto, do this,' 'do that,' and he never complained about it. The fitness coach (Diogo Moura) corrected me one day and I called [Roberto] aside: 'Diogo told me your name is Roberto, not Alberto; is he right?' He nodded his head and said: 'He's right, mister. it's Roberto.' I couldn't believe it."

Figueirense defensive midfielder Bilu was also struck by how shy Firmino was. It was Bilu who had received a DVD from Portella showcasing Firmino's early performances, which helped earn Firmino the move to Figueirense.

A trial at Sao Paulo had not worked out for Firmino, but it didn't take long for him to make an impression on the pitch when given the chance by Figueirense, even if it was his feet that were doing all the talking.

"The coordinator (Joao Abelha) called me in his first week to ask if [Roberto] was mute. He didn't talk to anybody. Didn't even ask for the ball," Bilu recalled.

Still, Firmino always had a smile on his face. "If you told him he would not get paid this month, he would just look at you and laugh; his expression never changed. It was amazing," Damiani recalled. "He's always been a kid of few words."

His play needed little embellishment, however. Firmino scored on two overhead kicks within 30 minutes of his first training session at Figueirense. And in 2010, he won the Brazilian Serie B most promising player award.

At the turn of the following year, he finally made his way to Europe after he was sold to German side Hoffenheim for €4 million.

Since then, his rise has been meteoric. In July 2015, he secured his £36 million move to Liverpool, and his 22 goals and 13 assists this season have allowed him to step out of the shadow of fellow Brazilian Philippe Coutinho, who departed for Barcelona in January.

Even with his success at Anfield, Firmino has largely flown under the radar of attention most stars receive. After being called up to the Brazilian national team for the first time by then-coach Dunga in 2014, Firmino was dubbed "the new Afonso Alves," the former Middlesbrough striker who never impressed Brazil fans.

Firmino's performances since then have helped him separate from that comparison, but a significant part of the local press and public have yet to be won over.

Current Brazil boss Tite is not among the doubters.

With 22 goals and 13 assists this season, Firmino has become a focal point for the Liverpool attack—and opposing defenders.LINDSEY PARNABY/Getty Images

In an interview with Brazilian outlet UOL Esporte, Tite revealed that 15 players have already been guaranteed spots on his 23-man squad for the World Cup. Firmino will be on the plane to Russia.

"He can play with [Gabriel] Jesus," Tite told O Globo last month. "Firmino is a No. 10 who plays as a No. 9. He fills the space and has learned how to play as a striker."

So why still so many doubters? Many feel the Liverpool favourite doesn't get the same praise back home because he didn't play for a high-profile Brazilian club before heading to Germany.

Damiani believes Firmino would be treated differently if he had come from one of the iconic Sao Paulo or Rio de Janeiro-based clubs. "I have no doubt he would be seen with other eyes by the Brazilian media," Damiani said. "They just can't accept that a footballer who had not played in these places is doing brilliantly in Europe. Unfortunately, this is a kind of prejudice that is very common in our football."

There are some signs that opinions are starting to change, though. One of Brazil's most popular football commentators, Neto, a former international with 26 appearances, wrote a column asking Firmino to forgive him recently. "He lacks a little bit of renown, yes," Neto wrote. "Perhaps charisma and also having played for a big side, I'm not sure. But I want to apologise for being so tough in my analysis ... I'm not ashamed of saying I was wrong about him. And I will root for him so badly in the World Cup."

Firmino has been defying the odds since the day he left Maceio, his birthplace, and he promised his mother he would only come home after becoming a successful footballer. If deportation couldn't defeat him, the critics will have to work a lot harder to take him down. After all, the scared kid at Barajas Airport has grown up to become one of the world's top strikers. Bring them on. 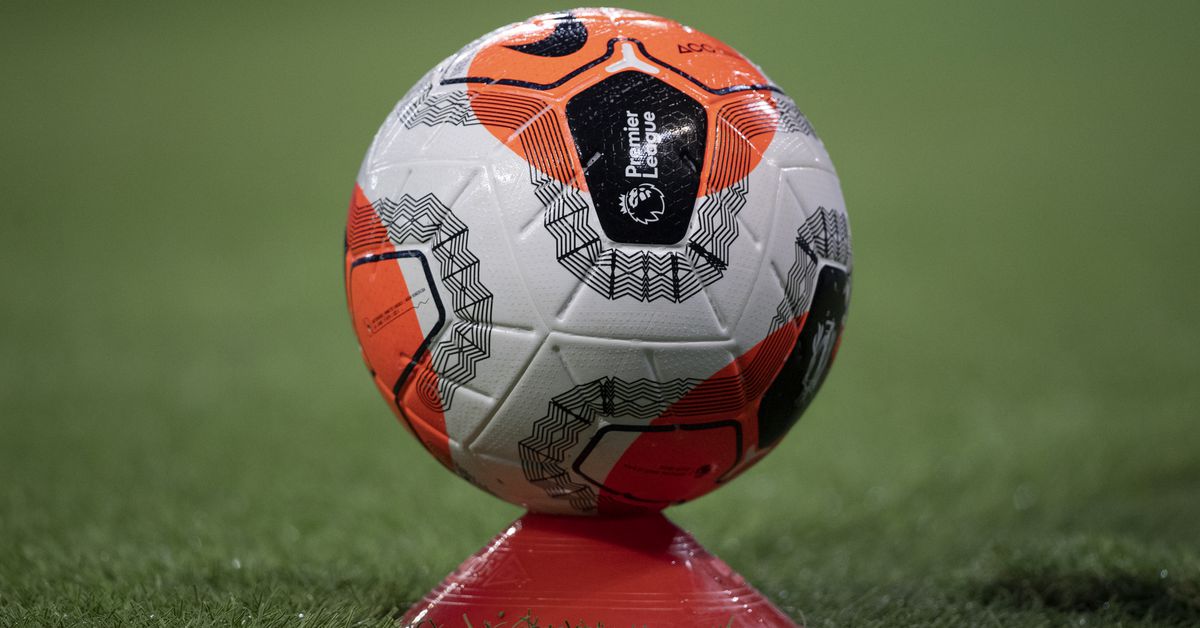