England midfielder Jack Wilshere has reportedly been offered a new contract by Arsenal, and his manager Arsene Wenger expects him to sign the deal despite a wage cut, per Sami Mokbel for the Daily Mail.

Wilshere, whose contract expires this summer, earns £100,000-per-week but will have to accept a deal closer to £80,000-per-week plus incentivised add-ons, per Mokbel. Jeremy Wilson in the Telegraph reported his basic wage will be closer to £90,000 should he accept the deal.

Wenger has made his views clear. "I'm positive because I want Jack to stay. I do the maximum I can to make him happy," he said, per Mokbel.

For the first time since the 2013/14 season Wilshere has appeared in 20 competitive Arsenal matches in a campaign, reflecting a newfound ability to stay injury free following his 27 league games at Bournemouth in 2016/17.

And the Englishman has endeared himself to the Arsenal faithful in the process, becoming a key member of the first team once again. Speaking to the Daily Mail ahead of this weekend's derby match against Tottenham Hotspur, former Arsenal defender Martin Keown said Wenger "should play Jack Wilshere," adding, "I don't see Jack as any less defensive than [Granit] Xhaka. Wilshere is the better player, and the better player has to play."

Wilshere is keen to remain at the club and is likely to sign the contract offered despite his agents hoping to get the midfielder a better deal, per Mokbel. However, Arsenal "believe it is reasonable for a new contract to reflect his injury record," according to Wilson.

Should talks break down, Wilshere is most likely to move to a foreign club, according to Mokbel. Back in December, Marseille showed an interest in offering the 25-year-old a contract, as did "several other Spanish sides," per Peter O'Rourke for ESPN FC. However, Wilshere's first choice is to stay at the club he has called home since he was nine.

Wenger has also spoken about Aaron Ramsey's new contract, although with 18 months remaining on his current deal the Welshman's situation is not as urgent.

"With Aaron, if we lose two weeks or three weeks, it doesn't matter much," he said, with negotiations "ongoing."

Arsenal enter the North London derby this weekend four points behind their rivals and just five points shy of fourth following Chelsea's back-to-back Premier League defeats. The race for Champions League football is back on, and so it would no doubt be a huge boost for the club should two of their longest-serving players, Wilshere and Ramsey, commit their futures to Arsenal. 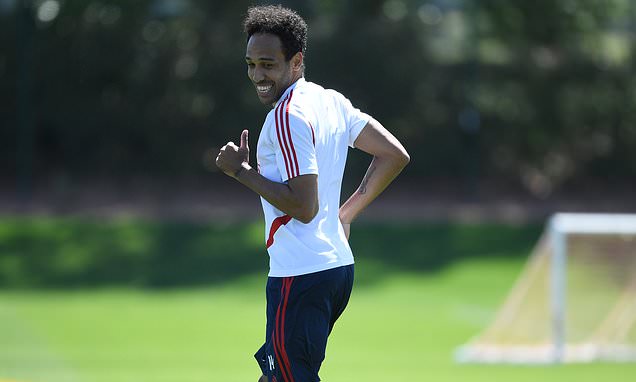